Turtuk- The Baltistan of India 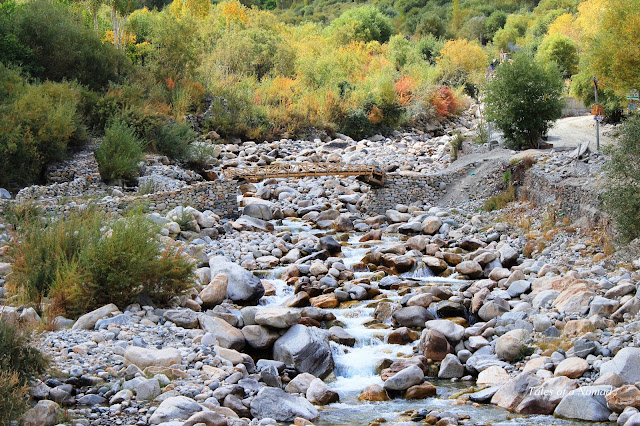 “Can you see the flags and bunkers atop the mountain?”, Hussain Baig quizzed behind my head as I zoomed further through the binoculars. I spotted them after a while and responded to Mr. Baig with a smile. “Half of the mountain belongs to India and the other half to Pakistan”, he said after a while as I gazed at the mountains. We were at the view point in Turtuk, a tiny village to the north of Nubra valley in Ladakh. Located just 7 Kms away from Line of Control, Turtuk was a part of Baltistan region in Pakistan until 1971 Indo- Pak war. Post that, the village along with a couple of nearby ones came under the control of India.

The sky looked gloomy and there was a light drizzle as I crossed Thoise, the military air force base enroute Turtuk.  The road meandered along the Shyok river and through myriad mountains all the way till Changmar where I showed my permits to ride further to Turtuk. Bogdang was where I had the first glimpse of Baltistan as the landscape turned greener, Islamic influence was evident and people looked more Persian and less Tibetan. Crossing over a couple of streams and tall trees swaying in the wind I was soon at Turtuk.

Surrounded by greenery and with gurgling streams Turtuk was a stark difference from other parts of Ladakh. Turtuk is made of two major villages, Farool and Youl, separated by a bridge. I crossed the bridge and walked over to Farool. The narrow alleys lined with stone houses led to open lands where women worked in the fields. Kids waved as I strolled around the village which had numerous vegetable farm lands with mountains in the backdrop. I met Mr. Hussain Baig while walking around and he was excited to take me to the view point. Though not a tourist guide, he is quite keen on interacting with visitors, is happy to talk about Turtuk’s history and the village’s love and regard for Indian army. From the view point he helped me spot bunkers and Indian flag atop a mountain which acts as a border line between India and Pakistan. 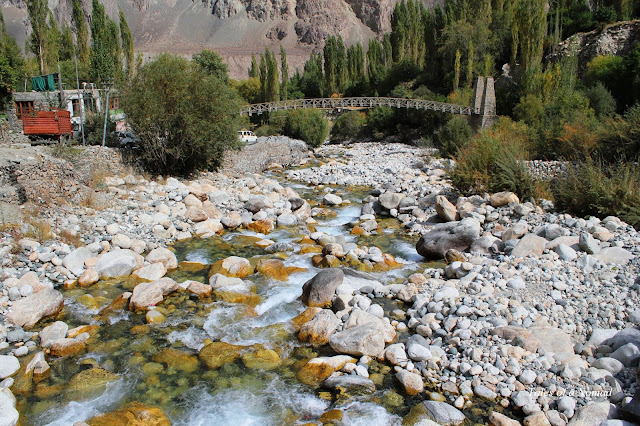 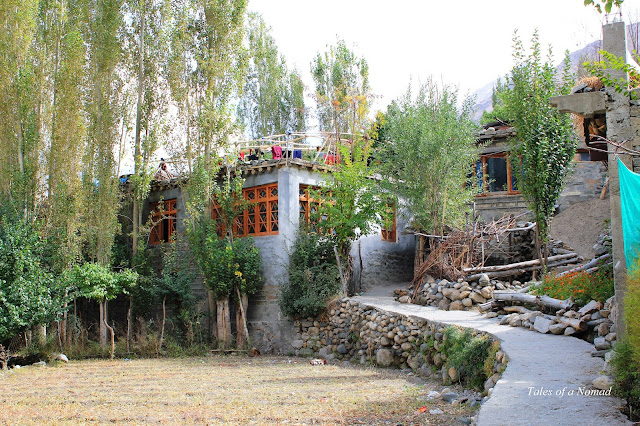 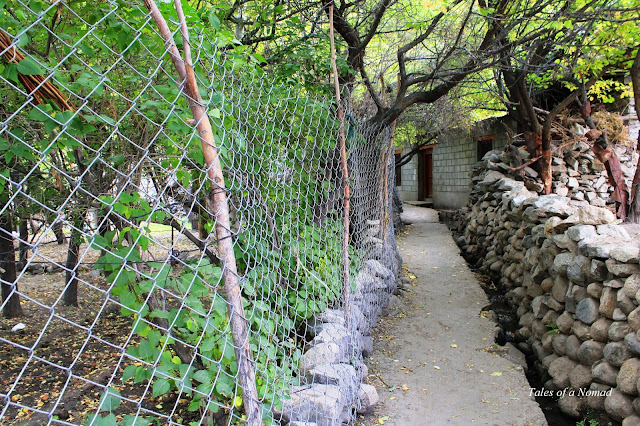 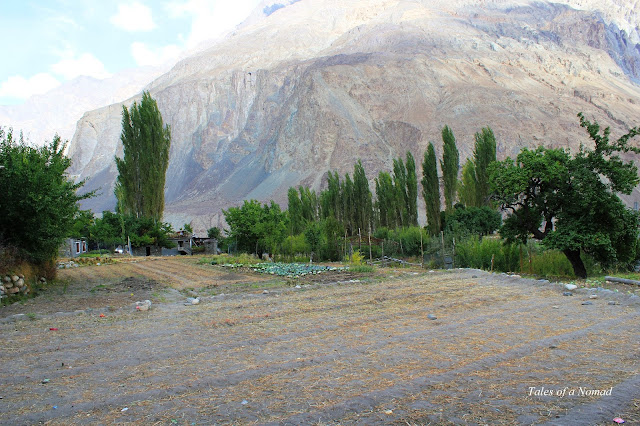 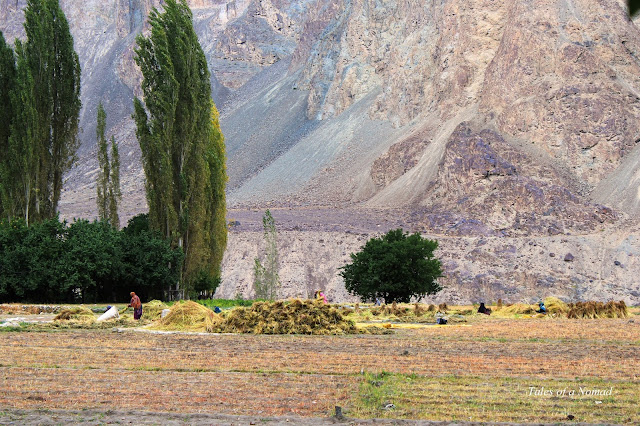 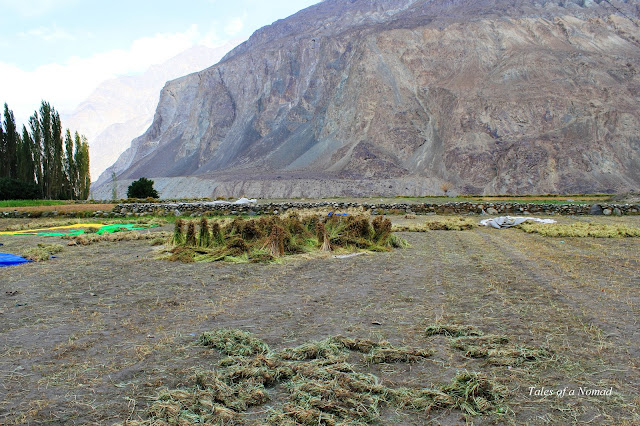 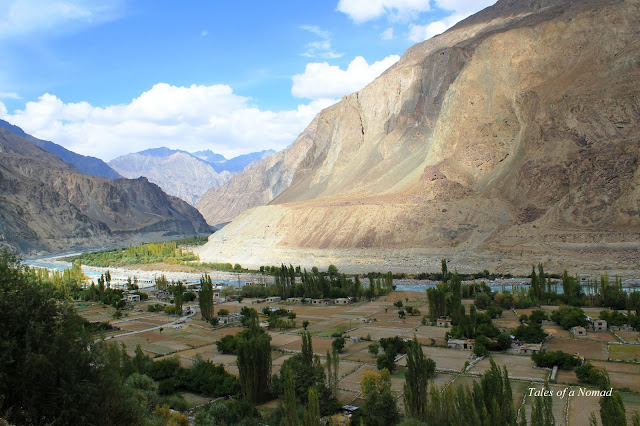 The village was earlier known as Duktuk and became Turtuk after it was invaded by two Turkish brothers. People here first followed Banchos and later accepted Buddhism. Turtuk is entirely a Muslim village at present and Islam spread in this region about 700 years ago. The villagers follow Balti culture, consume only organic food and don’t believe in slaughtering. Farool has many important sites such as freezing point, polo ground, few mosques, a monastery and a waterfall. 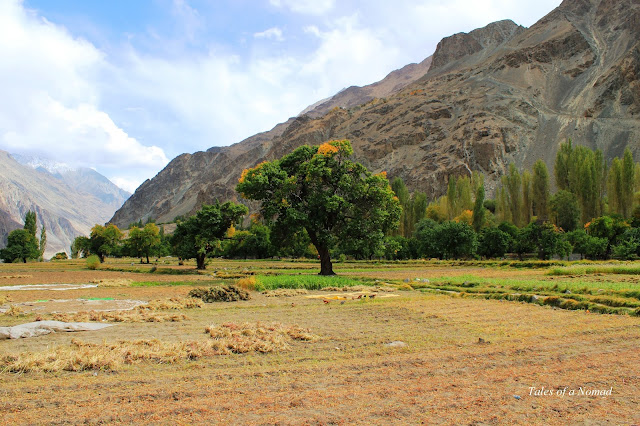 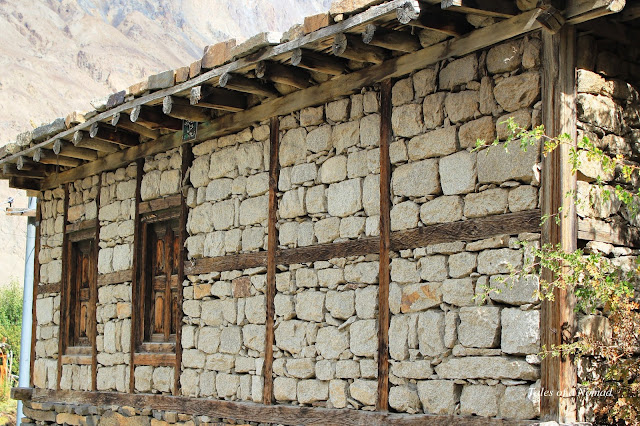 Strolled around for a while more and then I headed to Friendship café for authentic Balti cuisine for lunch.  I had Kisir with Moskot which was similar to Dosa with chutney, and washed it down with Kahwa. Farool in Balti language refers to ‘outside place’ and the village was earlier considered by people of Youl village as a land outside their village. Youl is older than Farool and is known for its historic 16th century mosque. I crossed over the bridge and walked through the narrow lanes of Youl which seemed a bit different from Farool. Youl does not have open lands like Farool and was more of narrow alleys with stone structures one either side. The 16th century mosque is popular as it has symbols from various religions carved on its interiors. Apart from the mosque, the village also has a small museum and a library. 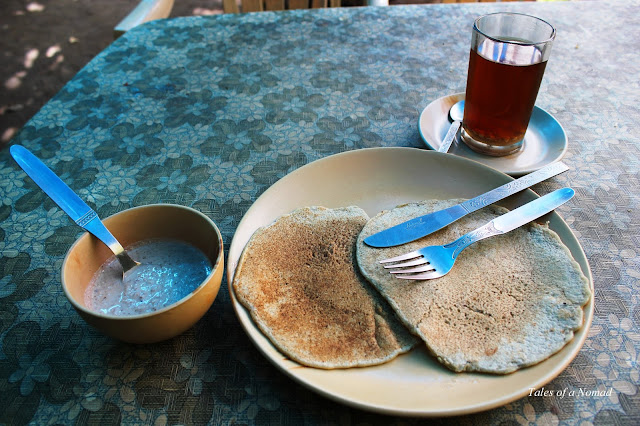 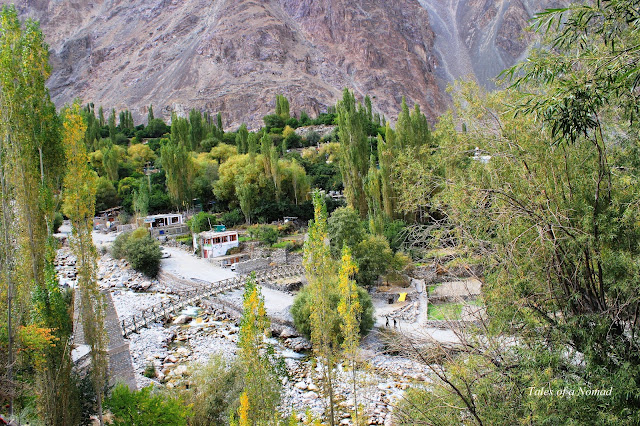 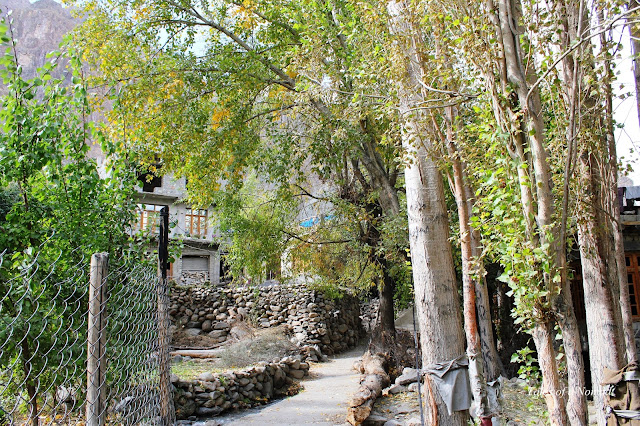 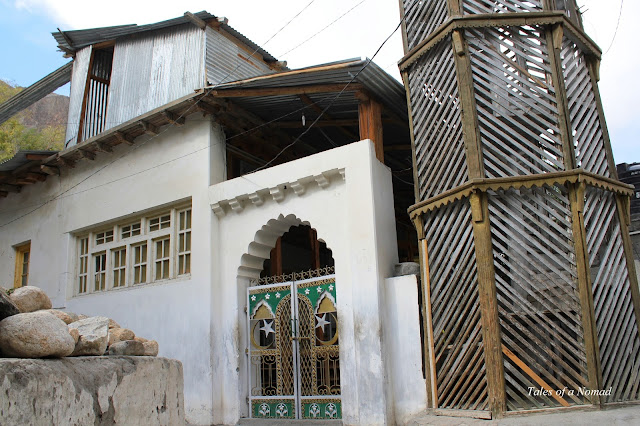 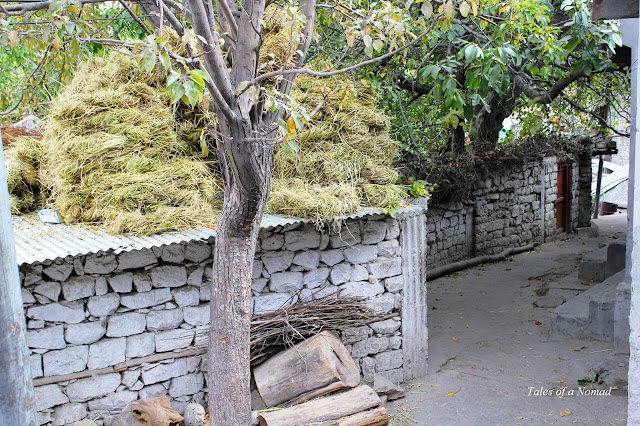 Not quite impressive as Farool, I walked out of Youl soon and rode out of Turtuk. Turtuk needs to be visited to experience the drastic change in culture, weather and landscape from other parts of Ladakh. Being so close to the Line of Control is definitely another added attraction.

Turtuk is 90 Kms from Diskit and 204 Kms from Leh. The closest major bus station is at Diskit and the nearest airport is at Leh. It is recommended to travel in own vehicle to Turtuk or take shared taxi from Diskit.

There are a few cafes in Farool but most of them shut down during off season (November to April). There are guest houses in Farool. However, one can also visit Turtuk for a day from Diskit or Hunder.