Leh- Beyond the Monasteries 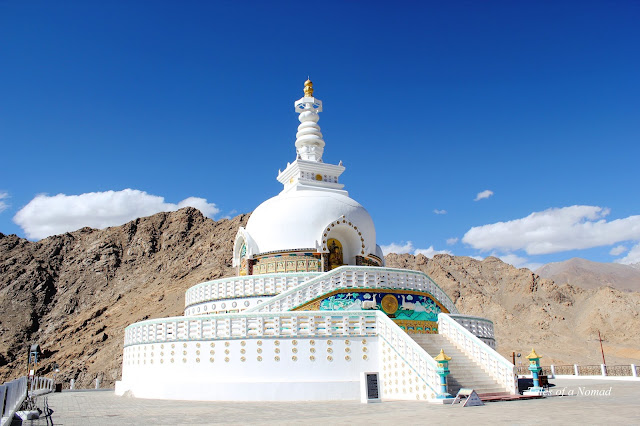 When we speak of Leh what conjures up in our minds are lovely snow clad mountains, ancient monasteries and red robed monks.  However, Leh has more to it as it was an important centre on the trade route to Central Asia centuries ago and was the 17th century capital of the Namgyal empire when it ruled Ladakh. Though people come to Leh to visit the monasteries and understand more about Tibetan Buddhism, the city has over the years developed into a bustling one offering people a blend of both worlds. Beyond the surrounding monastery villages, Leh has ancient palaces, breathtaking landscapes and vibrant markets.

Perched atop a hillock, the 16th century Leh Palace overlooks the city of Leh. Built by Sengge Namgyal, the nine storeyed palace along the bank of river Indus is modeled on Potala Palace in Lhasa. Made of mud, wood and stone, the palace stands tall with wonderful wood carvings. While most of the rooms remain closed or are in a dilapidated state, the palace still holds a shrine and has a huge gallery of photographs from yesteryears on display. The palace also offers lovely vistas of the city and the distant mountains. 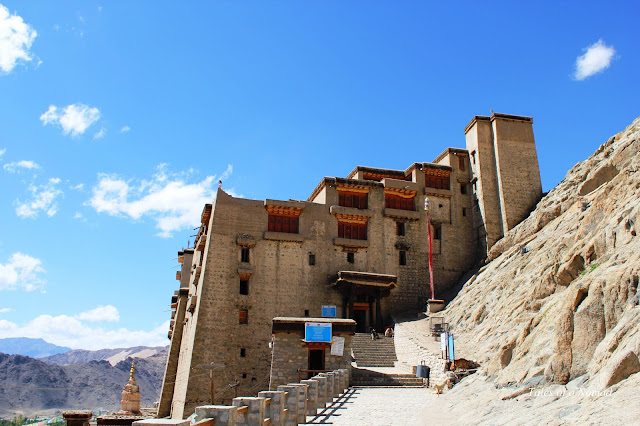 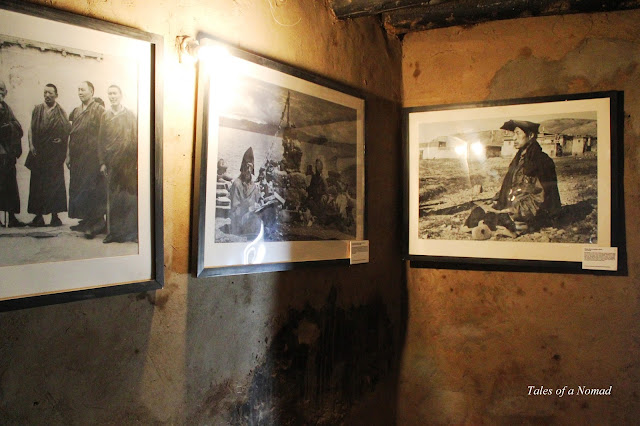 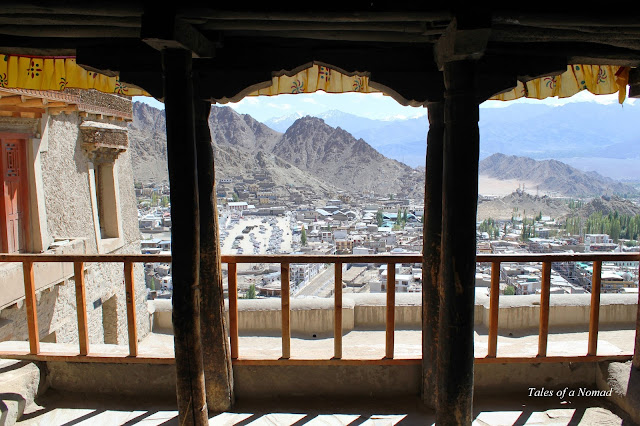 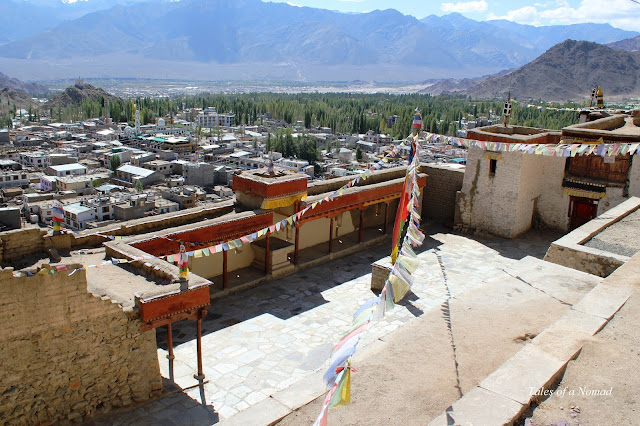 A short drive through the alleys of Leh leads to the beautiful Shanti Stupa atop a vantage point in Chanspa. Built in collaboration with Japanese assistance as a part of the Peace Pagoda mission, the foundation for the stupa was laid by H H Dalai Lama XIV in 1985. The gorgeous white structure is of great religious significance and holds relics of Buddha apart from numerous carvings from Buddhism depicting various characters and stories. The premise also has a couple of Buddhist temples and also offers panoramic views of the Zanskar mountains. 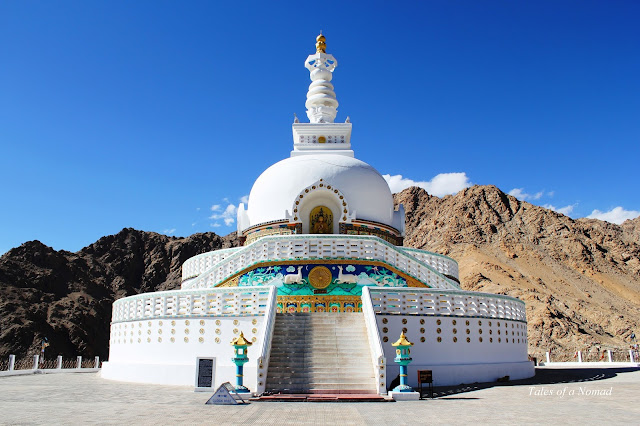 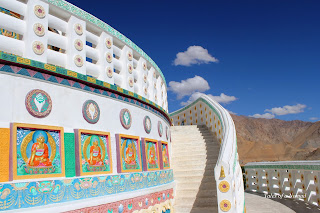 On the road to Thiksey monastery and by the highway, Shey palace looks attractive atop a hillock. Shey palace was one of the earlier homes of the royal family who later shifted to the palace in Leh. Built on similar lines like the Leh palace, the internal rooms of this 16th century palace are mostly in ruins. However, the palace enshrines a large copper glided statue of Buddha which is known as Dukhang. The interiors of the shrine are adorned with beautiful mural art. The premise also has the largest victory stupa in Ladakh which has its top purely made of gold. 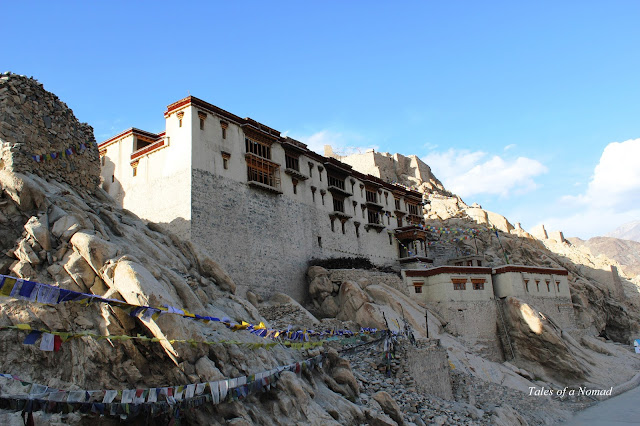 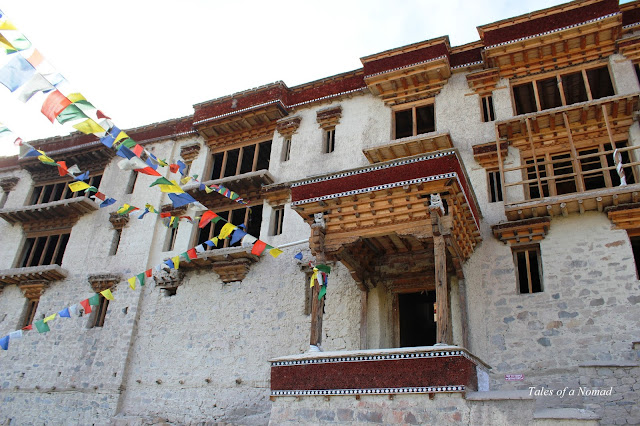 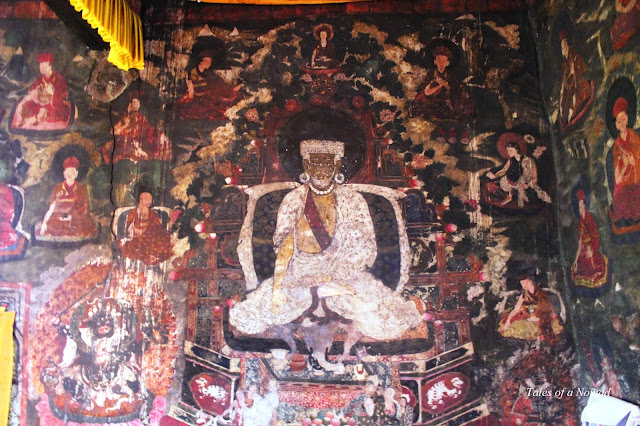 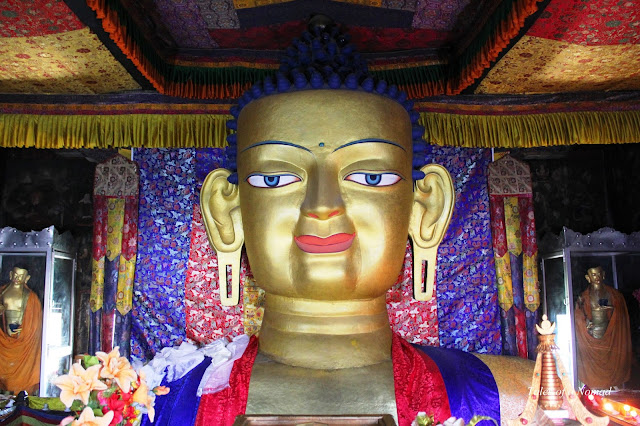 Tucked away from the bustle of Leh, Stok palace has been home to the Ladakhi royal family after the Dogra invasion. The brightly coloured palace is probably the most well maintained one in Leh. The beautiful façade and the open courtyard with lovely views of the surroundings add to the charm of the palace. However, with many private rooms which are still occupied by the royal family, the palace is more of a museum with a large display of royal paraphernalia. Apart from artefacts, utensils, armoury and royal attires, the museum also has a huge collection of photographs of the royal family. The museum is a great insight into the life of the erstwhile royal family of Ladakh. 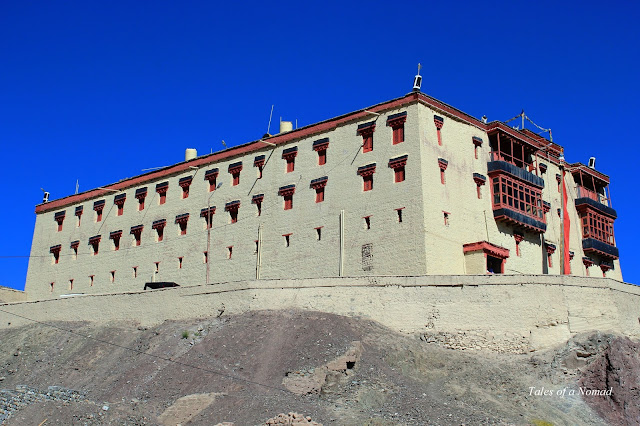 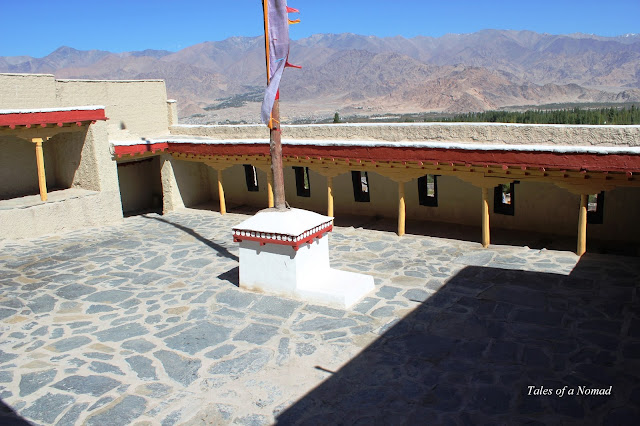 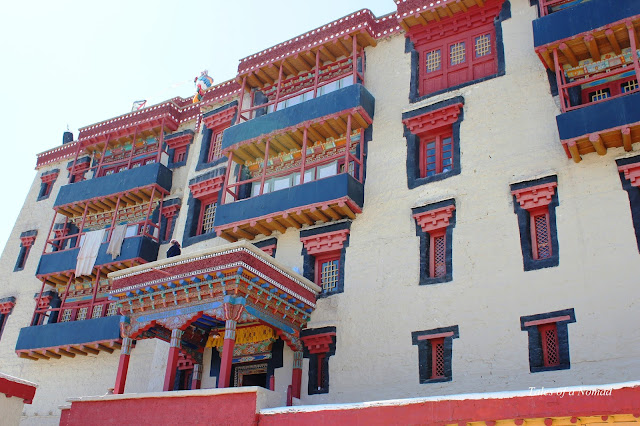 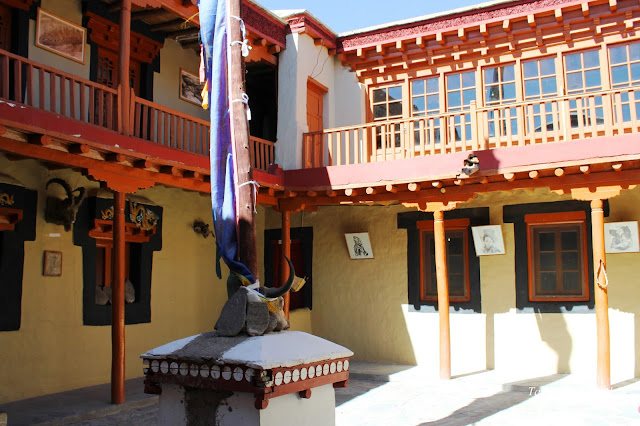 Located near the airport, Hall of Fame is a museum which has extensive detailing of wars, display of ammunition and various war artefacts. The museum is also dedicated in memory of all the Indian soldiers who lost their life during Indo-Pak wars over the years.  It has a huge war memorial with a parade and a flag ceremony at 6 PM followed by a video screening of snippets from various wars. Hall of Fame also has a section dedicated to Ladakh with information regarding their history, culture, festivals etc.  A couple of kilometers away from Hall of Fame is the mud fort of General Zorawar built a couple of centuries ago. 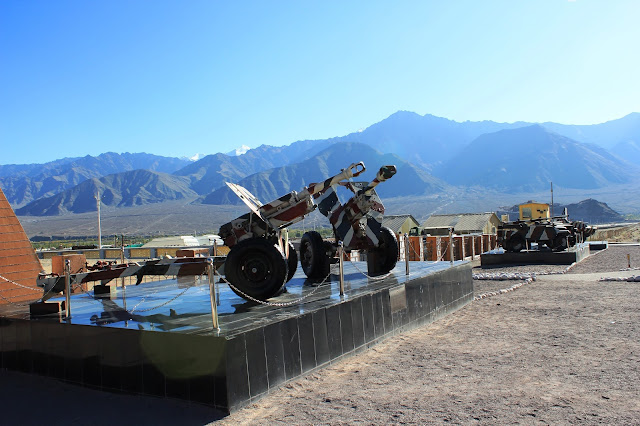 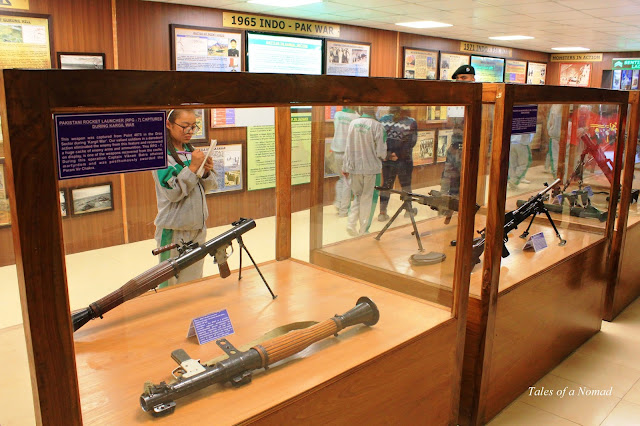 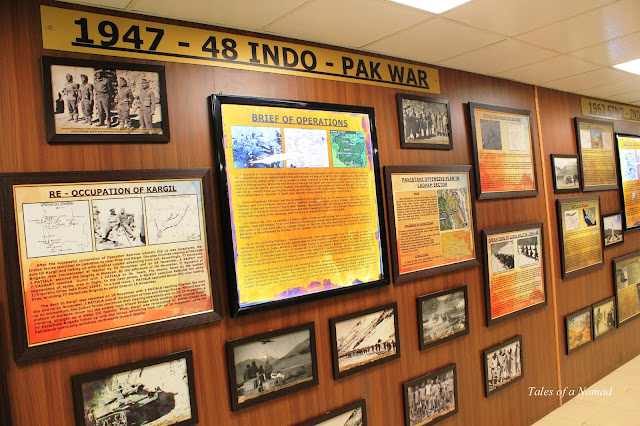 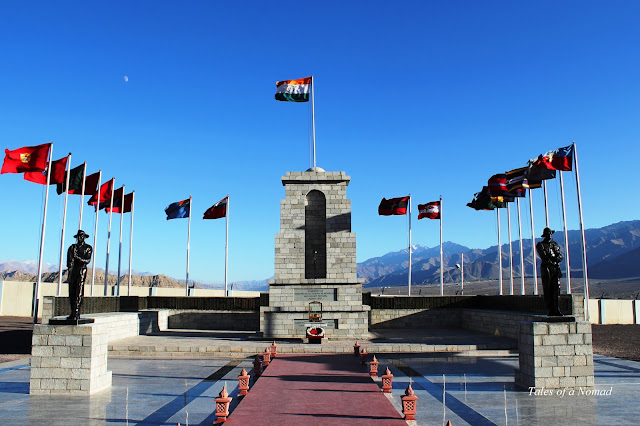 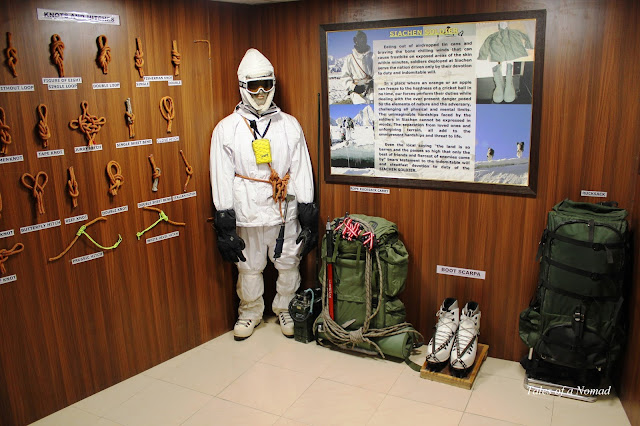 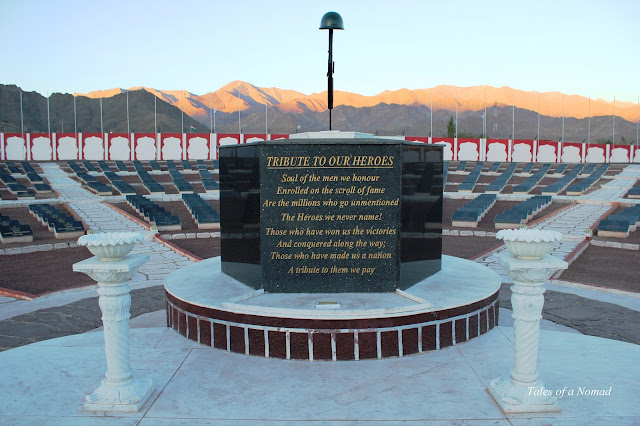 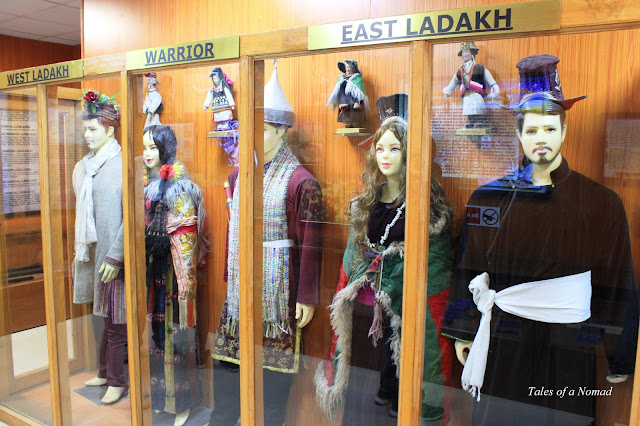 Situated on the Leh- Kargil road, Pathar Sahib Gurudwara is a 16th century gurudwara which was built to commemorate the visit of Guru Nanak to Ladakh. The gurudwara gets its name from the fact that there a stone shrine in the shape of the Guru. Visitors can have langar here. 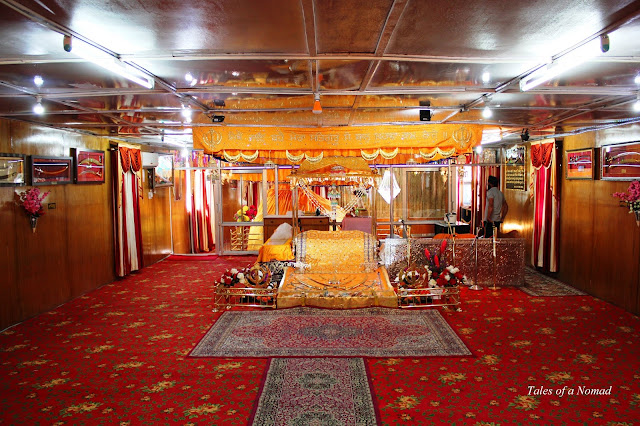 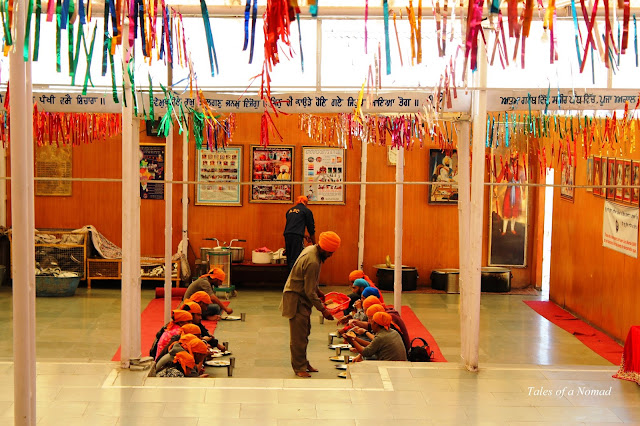 Ladakh is fed by rivers such as Indus, Zanskar and Shyok which meander through the mountains for thousands of kilometers and also form an integral part of the life of Ladakhis. The aerial view of the confluence of Indus and Zanskar near Leh is a beautiful sight. The place also offers adventure activities such as rafting. 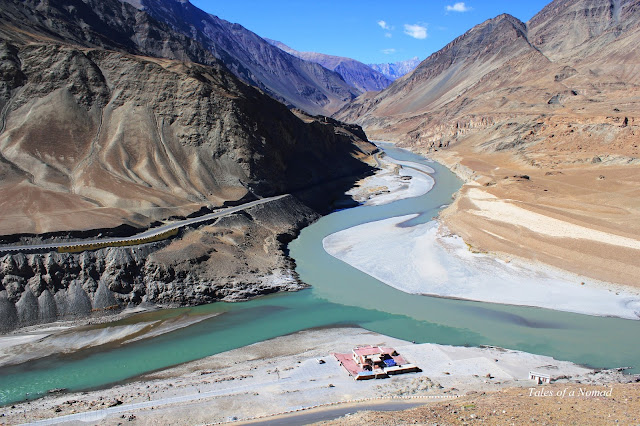 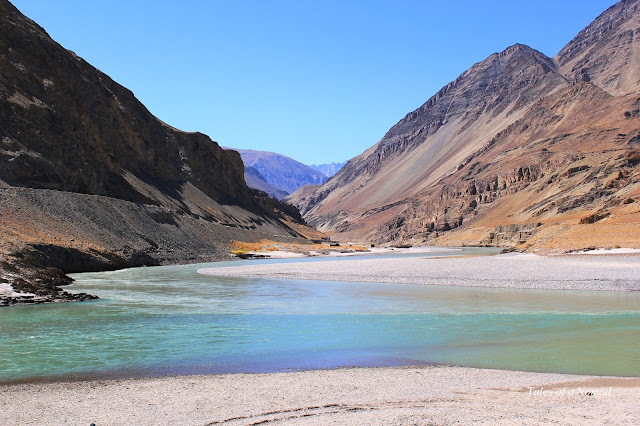 The vibrant Leh market is a colourful one with a wide range of things for sale. From junk jewellery to local attires to artefacts to fruits, Leh market has a plethora of titems to keep the shopping buff excited. The place also has a couple of restaurants that serve authentic Ladakhi and Tibetan cuisine. It is well recommended to take a stroll through the market in the evening. 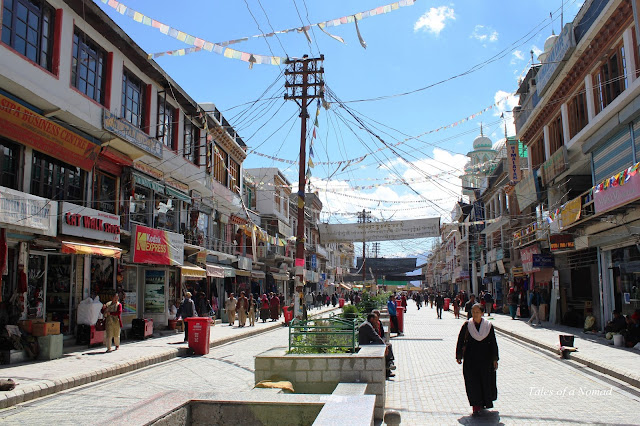 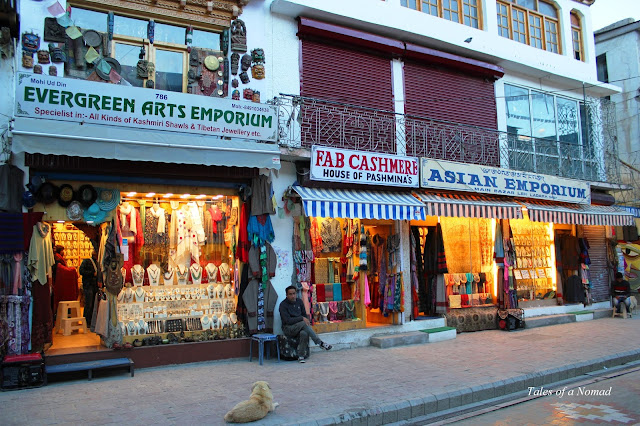 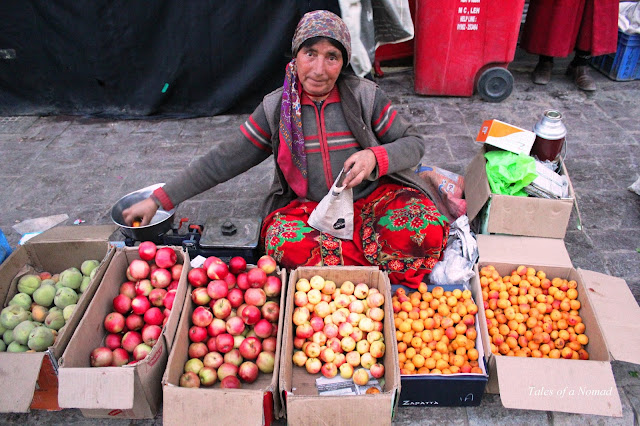 Leh is well connected to other major cities of India by flights. The road to Leh from Manali remains open only from June to October. There are regular buses and shared taxis plying during those months.

There are numerous restaurants serving Ladakhi, Tibetan and North Indian cuisine in the city. For the local cuisine, Amdo restaurant in Leh market is recommended. There are hostels, guest houses and hotels in Leh city catering to all budgets. I stayed at Hostelavie.
Posted by R Niranjan Das at 12:11 PM