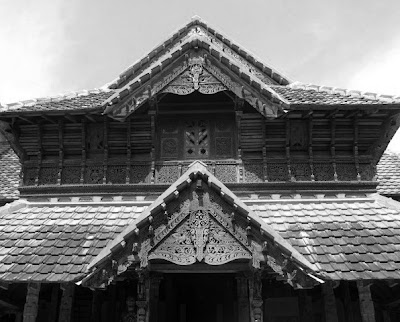 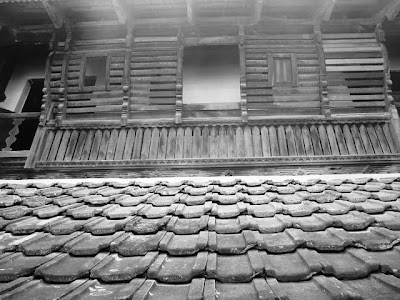 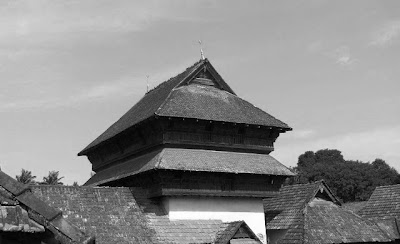 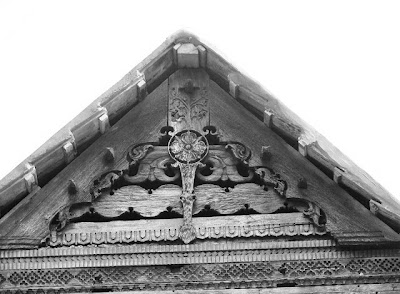 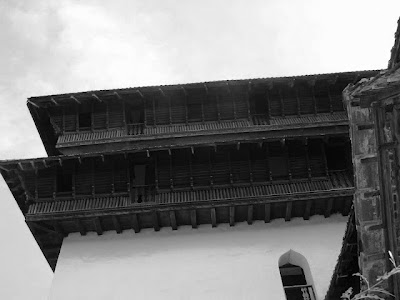 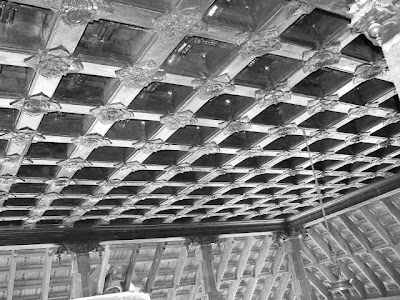 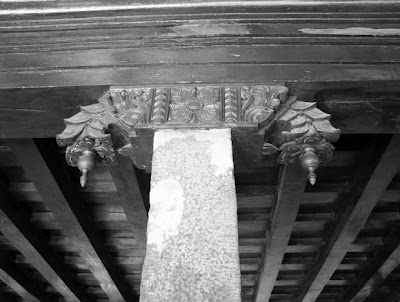 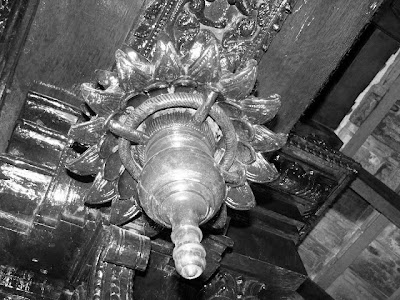 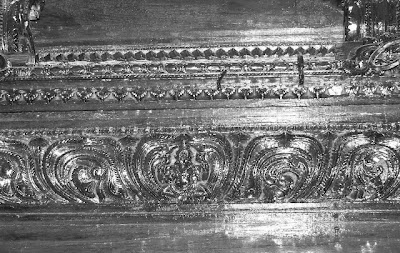 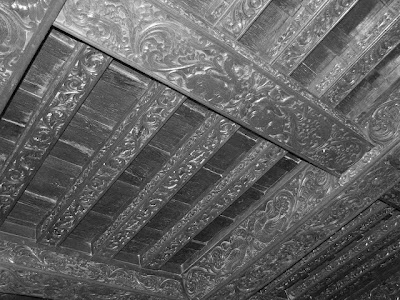 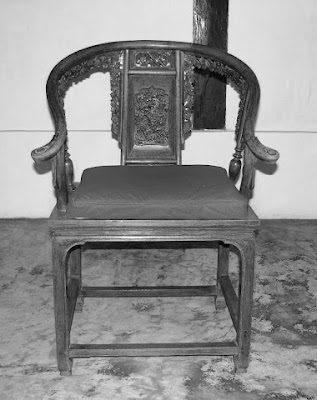 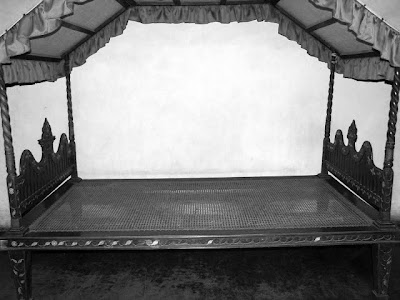 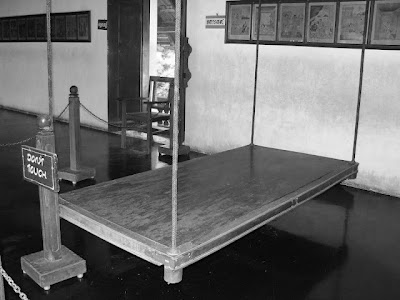 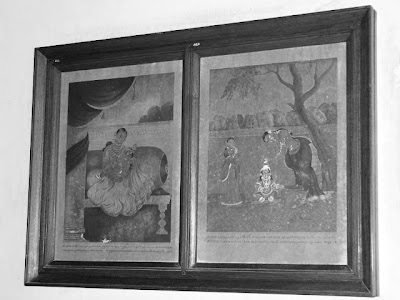 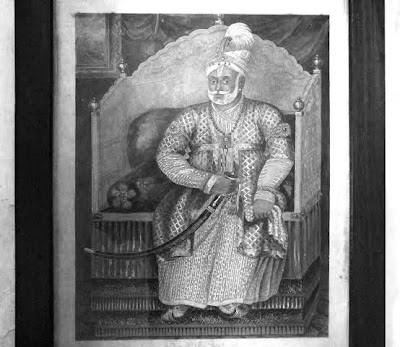 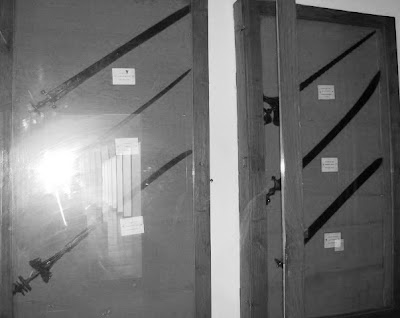 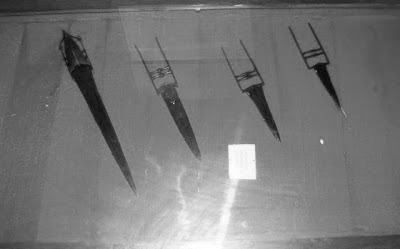 Tales of a Nomad...!! celebrates three years of travel blogging with this photograph of NH-17.﻿ Thank you all for your visits, encouragements and comments. 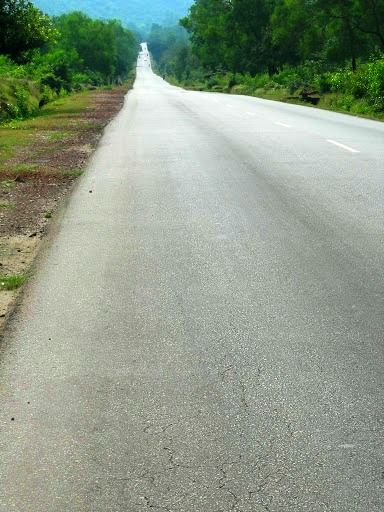 The verdant scenery, the chocolate brown soil and the misty blue hills in the distance made this view on NH-17 an absolute stunner. Gokarna. October 2010.
Posted by R Niranjan Das at 10:09 AM 30 comments:

After spending the whole morning staring at the beautiful hills in the background﻿ of our resort in Wayanad, we were getting restless and wanted to move out and explore. A casual question from our resort manager sounded like this- Do you want to go on a night safari? This was something none of us had experienced before and all wanted to have a taste of the so called night safari. Also this was no normal safari with a proper vehicle or a certified guide. The vehicle was the Tavera we had travelled in from Bengaluru with a driver and the guide was our resort manager who had no previous experience of professional night outs in the jungle. His only experience was that he has been living in that region for a couple of decades and knows the route and animal interventions quite well. Another interesting aspect was that the safari was not through any wildlife park. It was basically a drive on Thettu road which takes one all the way back to Kutta (Karnataka border). Our guide had traversed on this road numerous times and was confident we would get a glimpse of some wild being in the night. 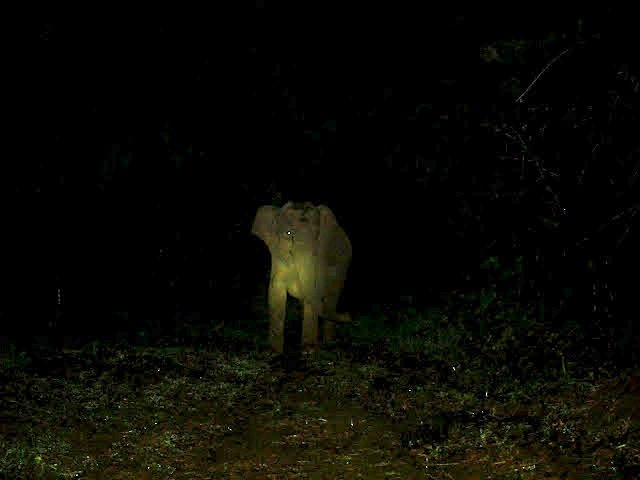 We had not travelled for more than 10 minutes before we braked and found 2 guys on a bike who had stopped in the middle of the road. We were in for a shock as less than 200 meters in front of us stood a 10 feet tall female elephant which was on the verge of running amok. To instigate it, the biker guys kept raising the throttle, blinked the lights and irritated the animal. They kept repeating their senseless act and kept smiling at us as though it was some performance inside a circus ring. Our guide cautioned them not to repeat their act as it could irritate the animal. He also asked them and our driver not to switch off the headlights and to remain calm as the animal after sometime would walk away. Supposedly the elephant had lost its new born kid when it was hit by a vehicle a week back. Ever since the animal has been creating problems for night travellers on that road. A biker was crushed to death a couple of days back by her.

Suddenly without any warning the pachyderm turned frenzy and charged at us. This made all souls inside the vehicle to shriek and urge the driver to return back. Our guide was however still very calm and asked us not to be frightened. The animal stopped after 50 meters and stood there slapping its trunk on the road. The road was not wide enough and it would take some effort from the driver to turn back. What if the animal charged again? We were bewildered, stunned and didn't know what course of action to take. Our guide meanwhile was quite confident that the elephant would go away in a few minutes and was talking to us about continuing the safari. However we made our stance clear that we wanted to return without any delay. As we stood waiting for the animal to calm down, to add more fun to the already crazy situation, our driver who was a jerk switched off the headlights of the vehicle. A couple of seconds passed by when we were in pitch darkness with a wild elephant which was all set for vengeance. All shouted at the driver in hushed voices and he had no option but to switch on the lights again. His reasoning for the weird act was- "In Karnataka we switch off lights when in such situations!!" All turned their heads towards him with same facial expression- WTF?? The animal which was on the verge of charging didn't care whether she was in Karnataka or Kerala and whether we were Kannadigas or Malayalees. We had to forcefully make the driver follow our instructions. "Don't worry, nothing will happen" slogan kept playing from the guide and we slowly started reversing. We wanted to make sure the animal had calmed down before we turned back. Had it charged again when we were reversing it would have been mission accomplished for the wild beast. :)

As we returned, the distance between us and the animal which still stood firm in the middle of the road grew far. Our guide cautioned that there could be more elephants on our way back. We drove slowly, carefully with all eyes searching for any further trouble.  It was time for more shrieks and fear when after 500 meters we found a tusker crossing the road. We had to stop again and wait for the animal to cross. He however looked least perturbed and walked by without any wild acts. We moved further ahead and found two more elephants grazing nonchalantly beside the road. Keeping farthest distance from them we carefully drove back to the resort without any further wild sightings.

After getting off at the resort it dawned upon us that we just survived a wild elephant attack and were lucky to be alive. That was indeed the wildest, scariest and the most weirdest night out that I have ever experienced.
Posted by R Niranjan Das at 2:55 PM 42 comments: