Let the Road be your Home! 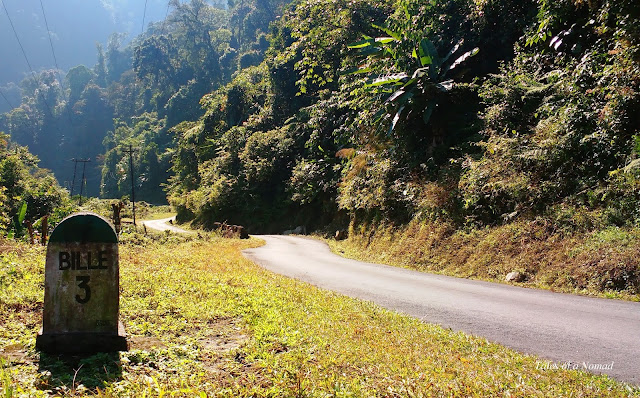 May the year 2019 be full of adventure, fun and travels laced with enchanting views and wonderful memories.
Happy New Year!

The above frame was shot between Basar and Mechuka in Arunachal Pradesh. November 2018.
Posted by R Niranjan Das at 9:43 AM 4 comments: 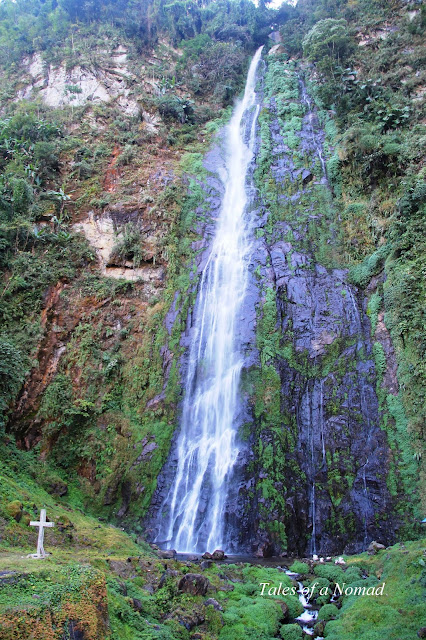 The bumpy ride from Basar to Mechuka in Arunachal Pradesh was laced with numerous small waterfalls, views of the distant mountains and the meandering Siyom river, a tributary of Brahmaputra. While all these looked enchanting, what made us stop the vehicle to capture a frame was Siko Dido waterfalls in Irgo village, a few kilometers before Mechuka. Falling from a height of approximately 200 feet, the falls has a plunge pool at its base. Located by the road that leads to Mechuka, the falls has gorgeous green mountains surrounding it and is difficult to miss out while on this stretch.
Posted by R Niranjan Das at 9:57 AM No comments:

A ferry ride across Brahmaputra river 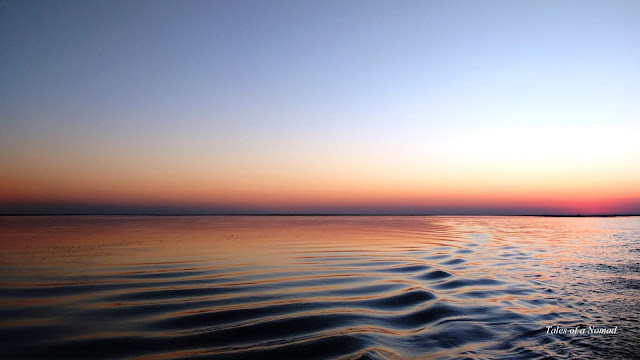 I alighted from my car at Bogibeel and gazed at the calm Brahmaputra in oblivion. The calmness was something that I could not relate with this river. Always known for its floods, Brahmaputra, the only male river in India showed a different face with absolute tranquility. I was on my way for the Basar Confluence in Basar, Arunachal Pradesh and had to cross the mighty river to reach Likabali, the border town in Assam.

A couple of large rickety boats were moored along the banks and as I got atop one of them, more people walked in and so did four large cars. That was quite a cargo to go across to the other bank. With the help of wooden planks, the cars crossed over, but it seemed like they were on a tight rope walk as they boarded the boat one by one. Though the drivers were quite confident about their skills and machines, it seemed quite an adventurous act. 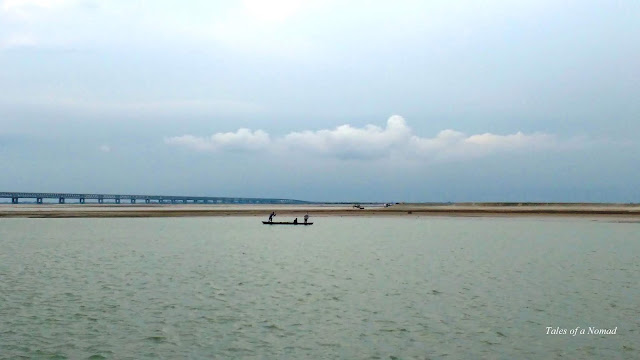 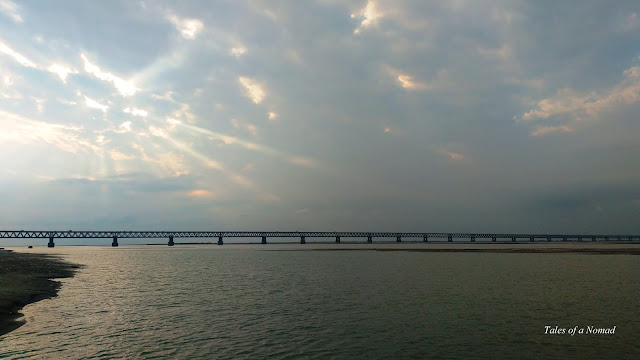 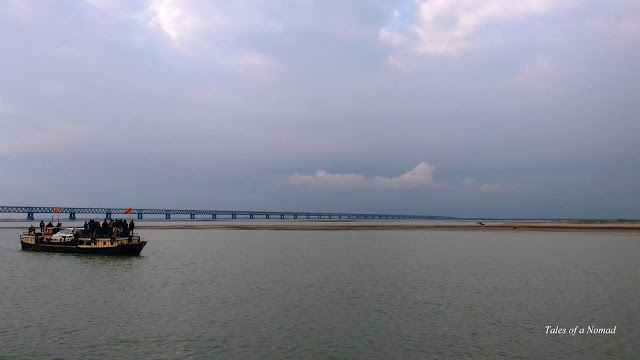 Ours was the last ferry of the day (3:30 PM) and as the day ends much earlier in eastern India, what was on offer throughout the ride was a palette of hues that splashed over the sky as the sun set. From pink to orange to red to mauve, the splendid colours and the placid waters made the ferry ride a memorable one.  All that I did was gaze at the spellbinding beauty of nature as we were ferried across. The ride is an absolute treat for sunset lovers. 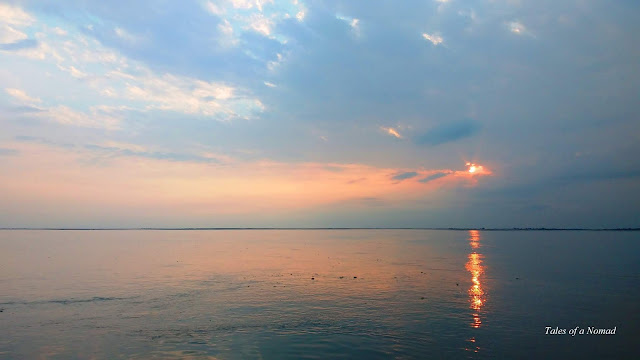 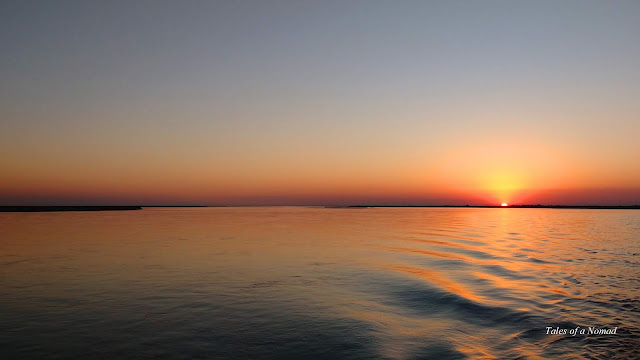 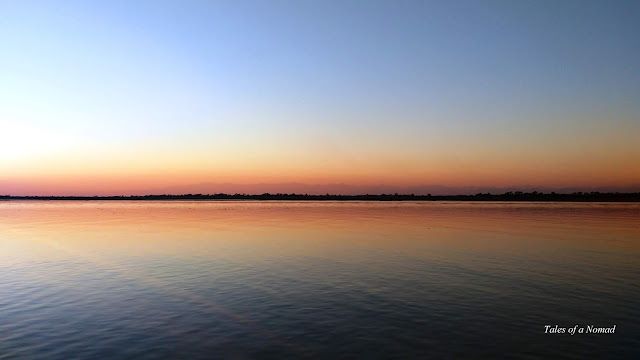 It took us an hour to cross the river at a languorous pace. However, the 4.9 Kms long Bogibeel bridge that is due for inauguration in a few days time is surely going to make the travel down to a few minutes. The road and rail bridge would also help connect Dibrugarh with Dhemaji, and also make the commute further to Arunachal much faster. While the ferry ride is definitely a must experience, we were probably among the last few lucky ones who had a chance to take it. Once the bridge becomes functional, the number of people taking the ferry would dwindle and that may also lead to the ferry being discontinued forever. 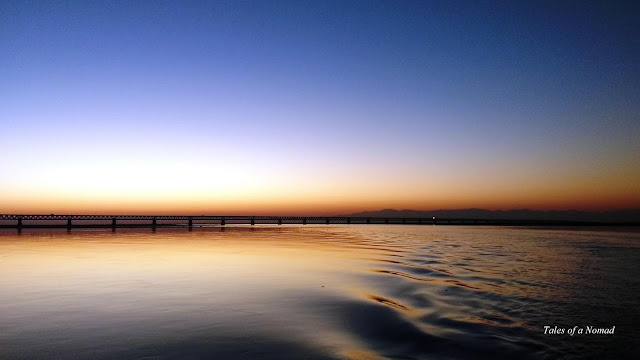 Location: Located in Assam, Bogibeel bridge is 29 Kms from Dibrugarh and 27 Kms from Likabali. 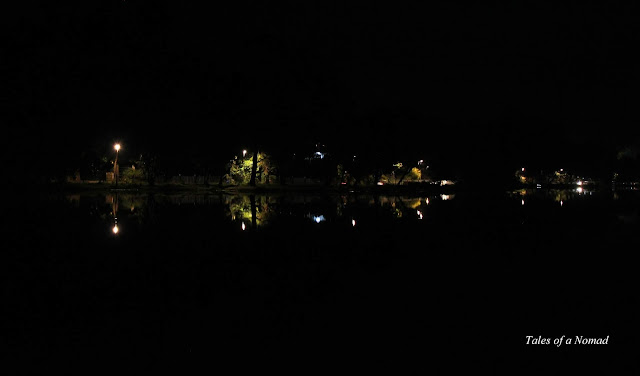 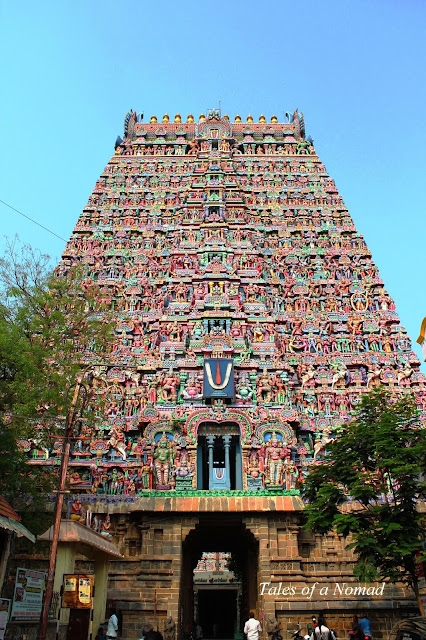 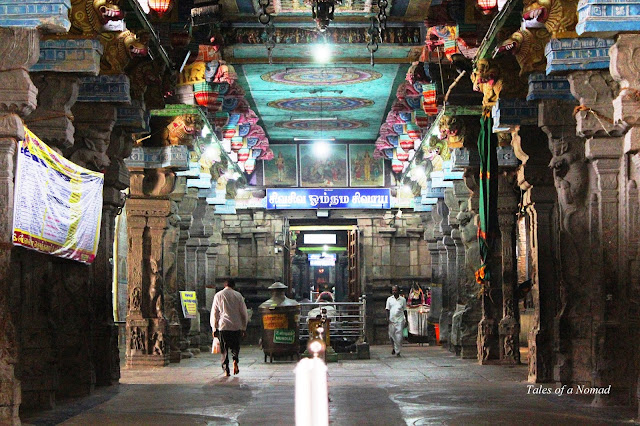 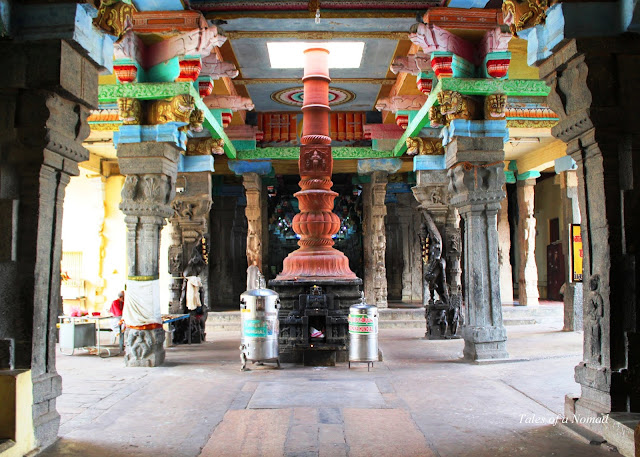 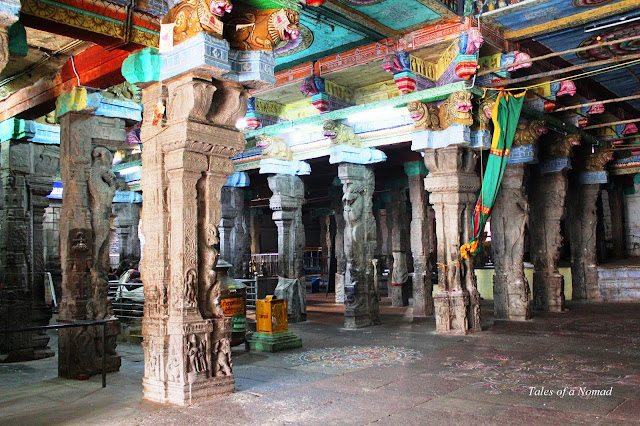 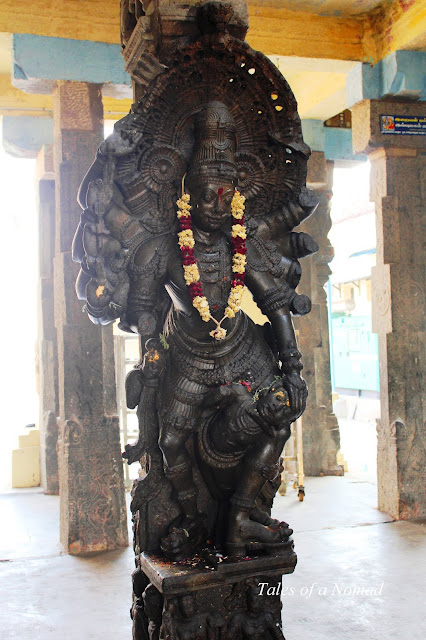 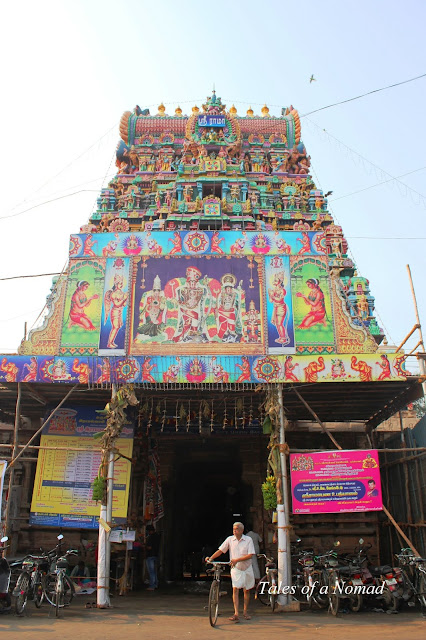 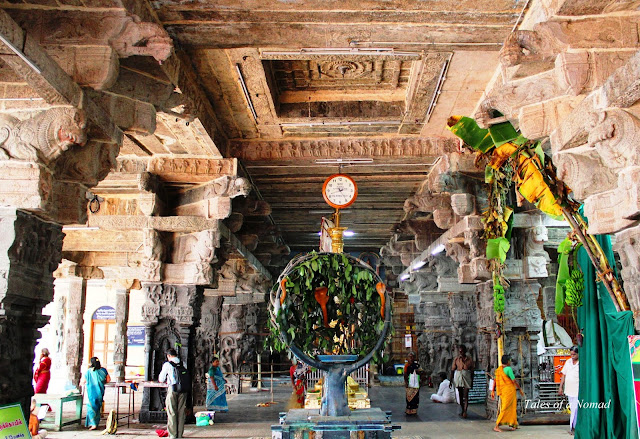 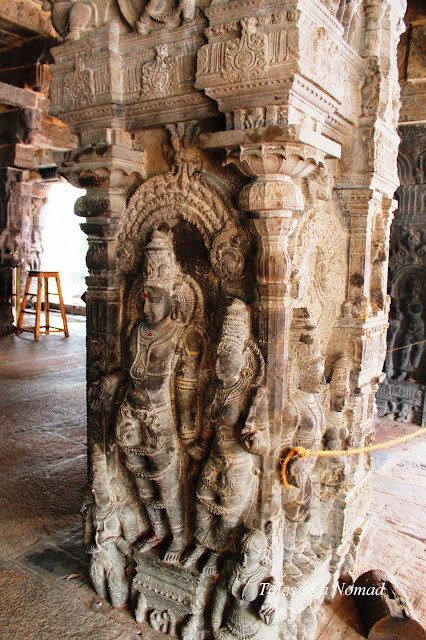 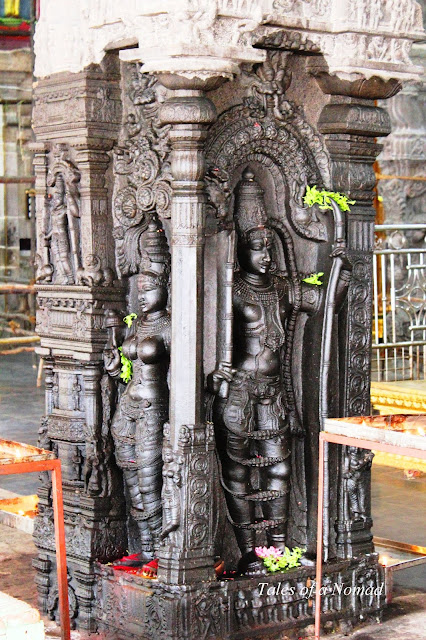 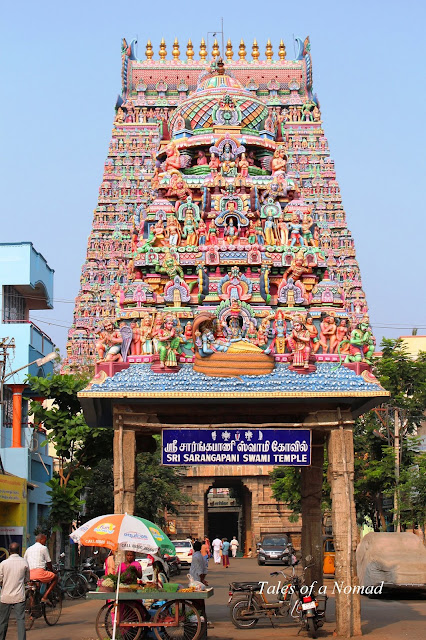 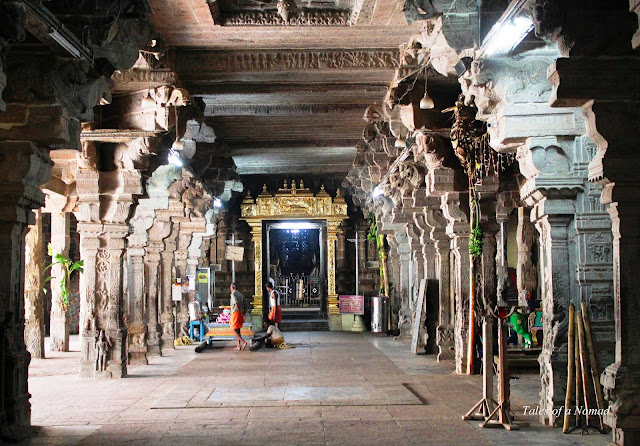 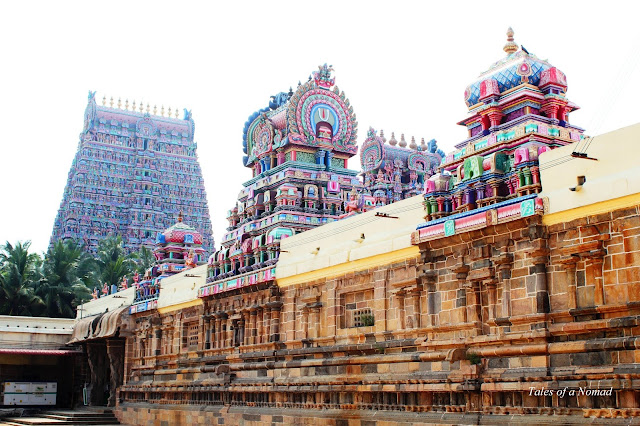 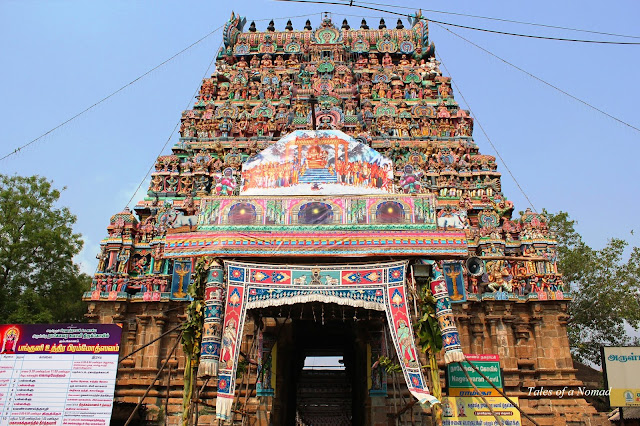 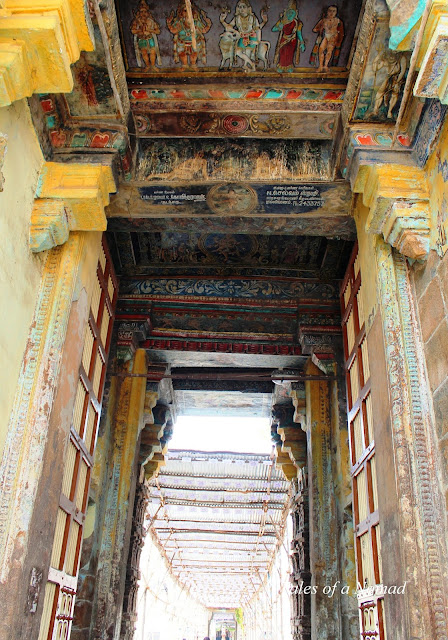 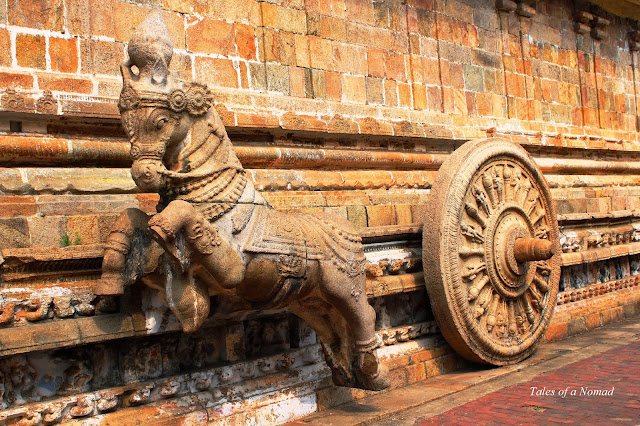 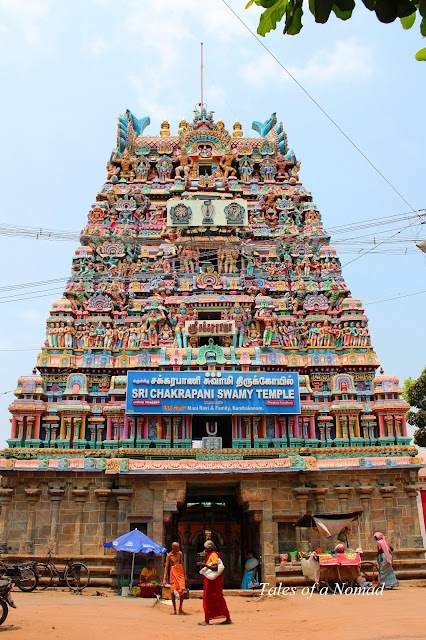 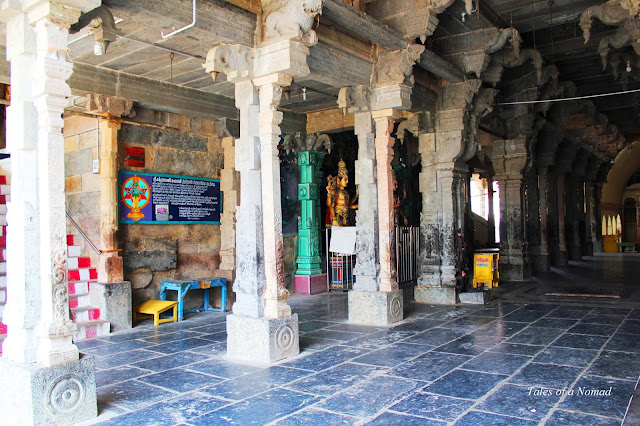 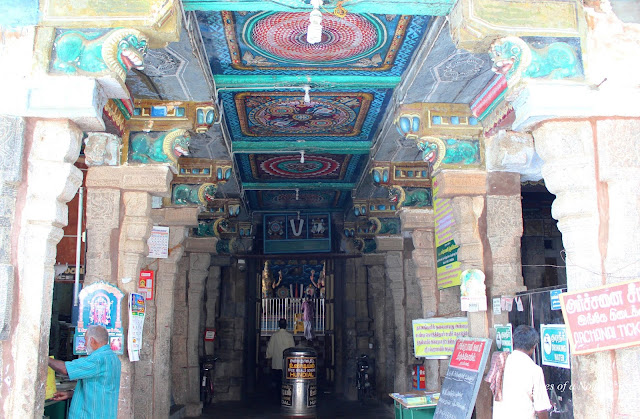 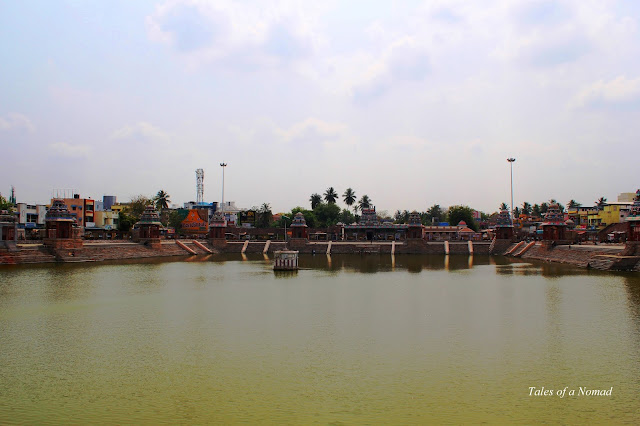 Most of the hotels in Kumbakonam offer vegetarian fare.  The town is also known for its ‘Degree Coffee’ which is served in brass tumblers. The coffee is prepared with thick milk, is boiled to a certain temperature and gets its name due to this. One can either stay in Thanjavur and make a day trip to Kumbakonam or stay in Kumbakonam to visit its temples. There are numerous hotels in both Thanjavur and Kumbakonam catering various budgets.
Posted by R Niranjan Das at 10:22 AM 12 comments: