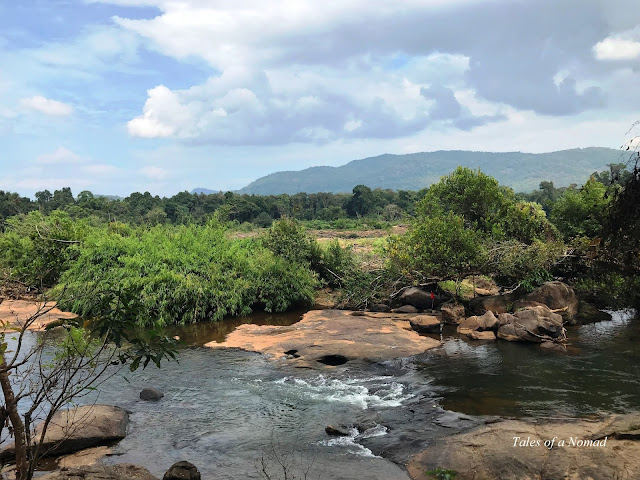 It was my second visit to Paiyeli Poru, and luckily it was open. The earlier visit was futile as the place was shut, and I had to head to Inchathotty instead. The winding road after Perumbavoor takes you through rubber plantations to this popular spot on the tourist map. The road get shrouded by trees and lush greenery as you get closer to Paniyeli Poru.

While there was no glimpse of waters or the cascade at the entrance, what greeted me were tall trees lined beautifully on either side of the pathway that meandered its way through them. River Periyar showed up after while, with its blue hues blending beautifully with the lush greenery. The undulating hills in the backdrop and the blue skies made the frame a picturesque one. I strolled along the pathway that turned narrower and ran hugging the bank of the river, with intermittent views of the flowing Periyar. Slowly the pathway opened to large open spaces where I sat and enjoyed the scenic views. 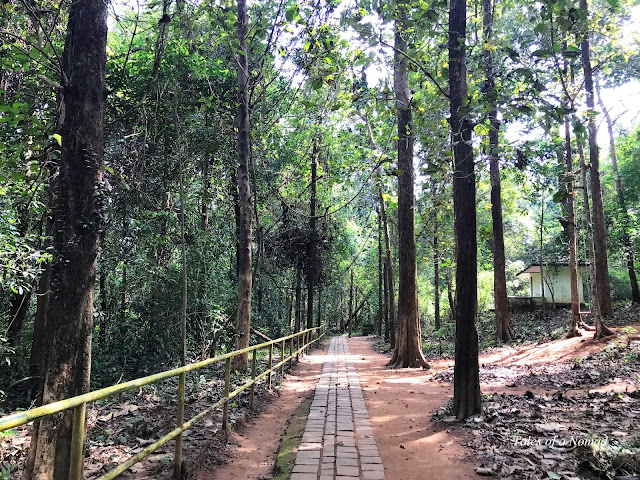 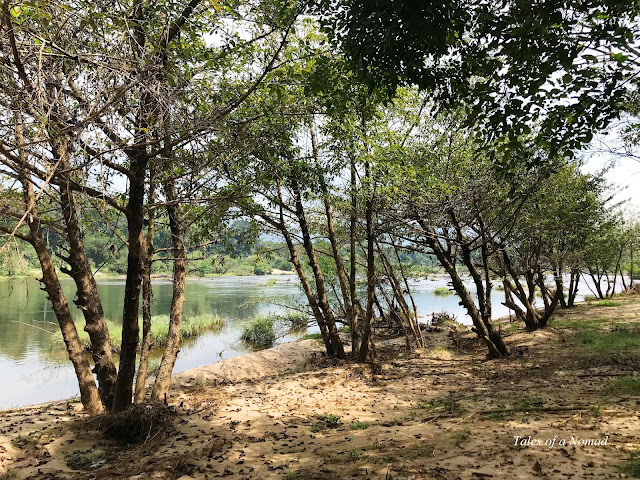 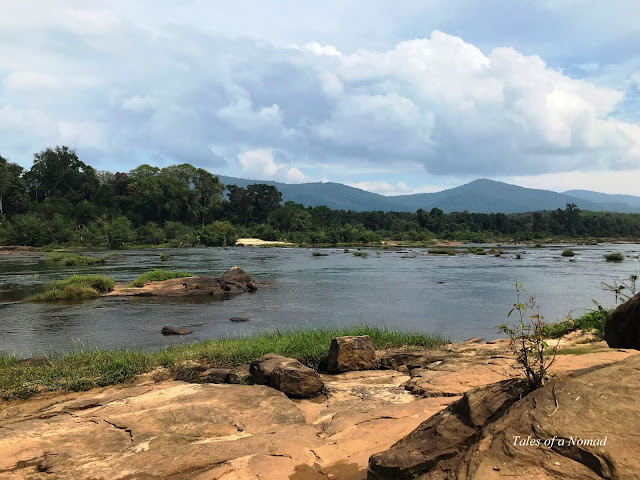 It is said that during the old days people who crossed the river here at Paniyeli on bamboo rafts had to fight (Poru) with the turbulent currents and gushing waters of the river. Under currents, whirlpools and dips between the rocks act as a trap that suck you in. Only the really brave ones managed to cross the river and survive the fight with the waters.

I walked further where the trail of about 400 meters ended at an open space with a large rocky surface. The view of water gushing over protruding rocks while flowing down the stream was a beautiful sight. The dips on the rock bed were clearly visible through the clear waters. As I sat on one of the protruding rocks, dipping my feet in the waters, all that I saw were lush greenery and the flowing Periyar. The only sound I heard was of the gurgling of the waters and chirping of a couple for birds in the background. I sat there for long staring in oblivion at the picturesque surroundings. 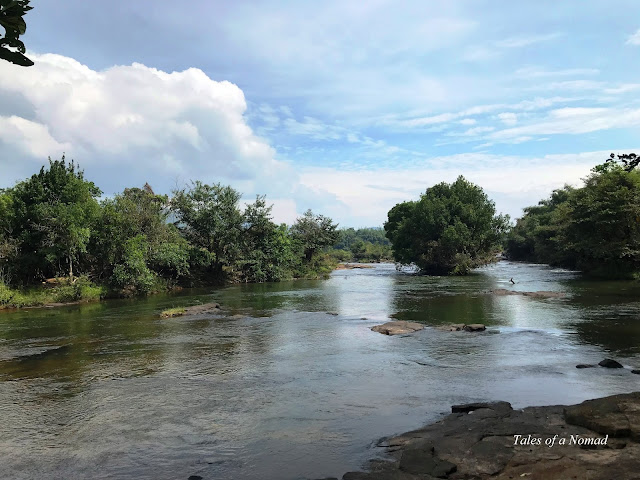 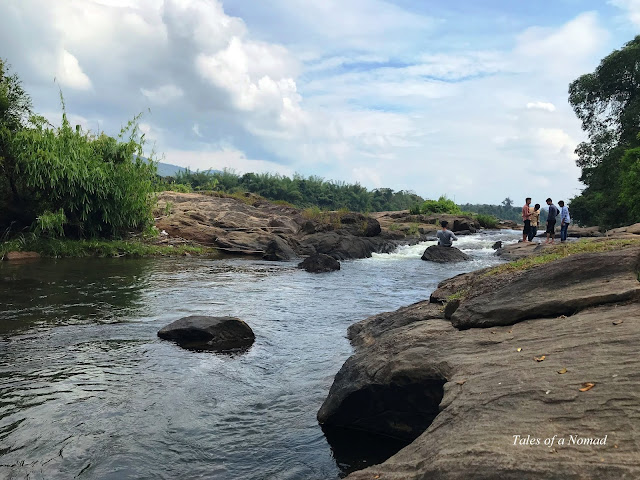 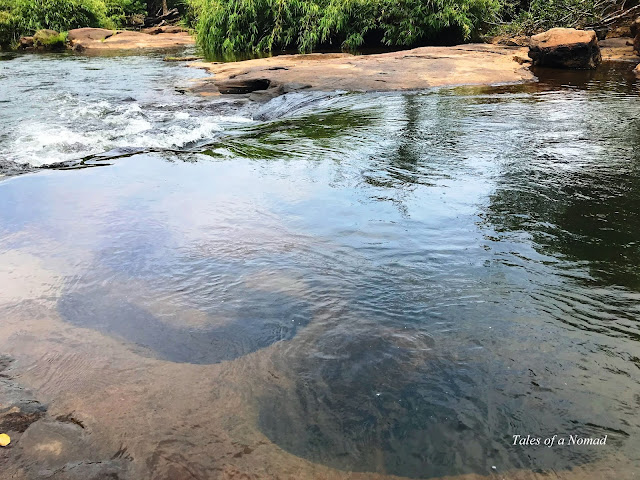 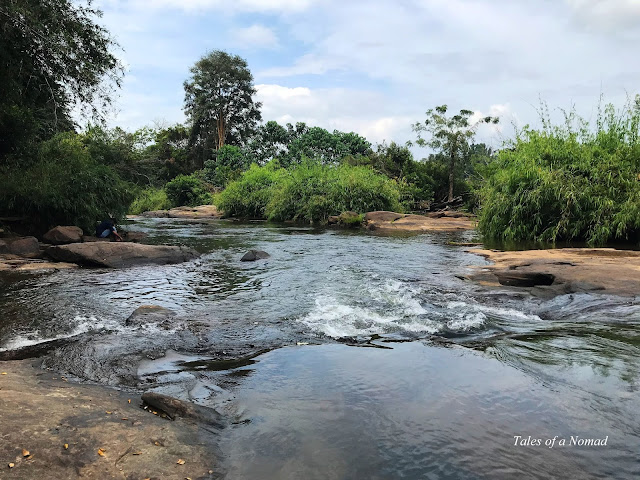 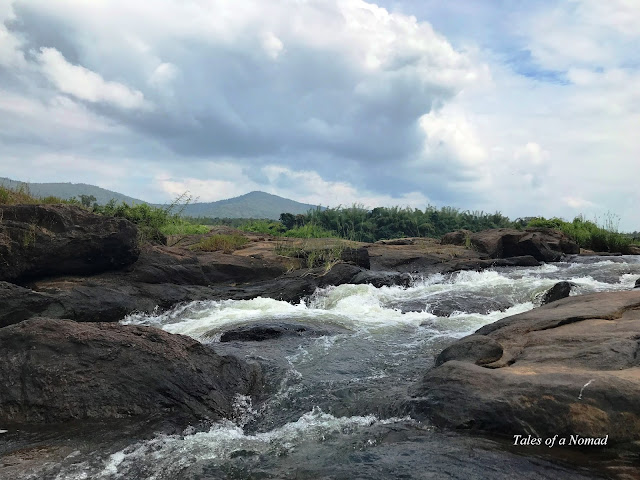 When the water levels are shallow, one can cross over the protruding rocks and cross over to the other bank. Water cascading over a few rocks to form a small waterfall is a picturesque sight here. However, I had to be content with the view, as the water levels were high and wasn’t allowed to cross over. 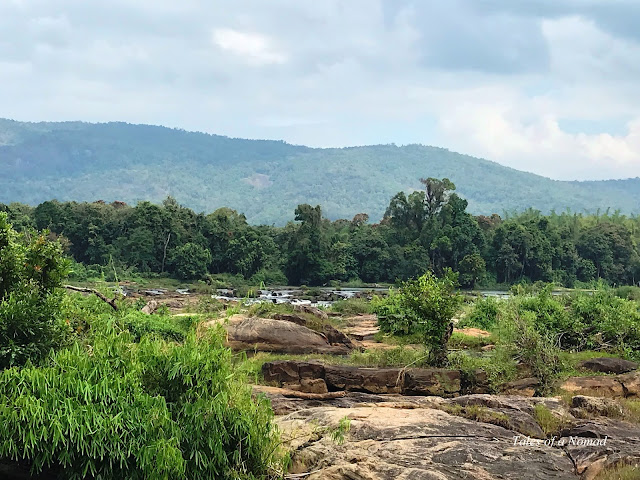 The closest major city is Ernakulam town (Cochin), which is about 53 km away from Paniyeli Poru. Ernakulam is well connected to other cities across India by trains and flights. It’s ideal to take your vehicle or a private cab to get to here.