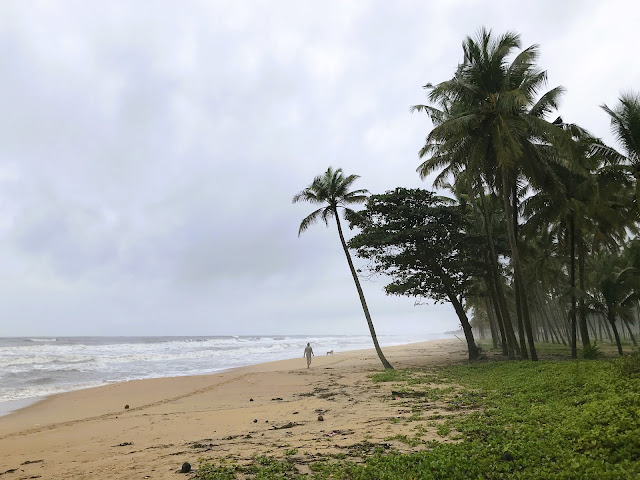 A cycle passed by as we stopped the car and gazed at the beautifully aligned coconut trees, while the sound of waves crashing echoed in the background. The well laid out road meandered its way between the beaches and lush greenery on either sides. No crowds, no instagrammers, no hawkers, and we had the secluded beaches and greenery to ourselves. 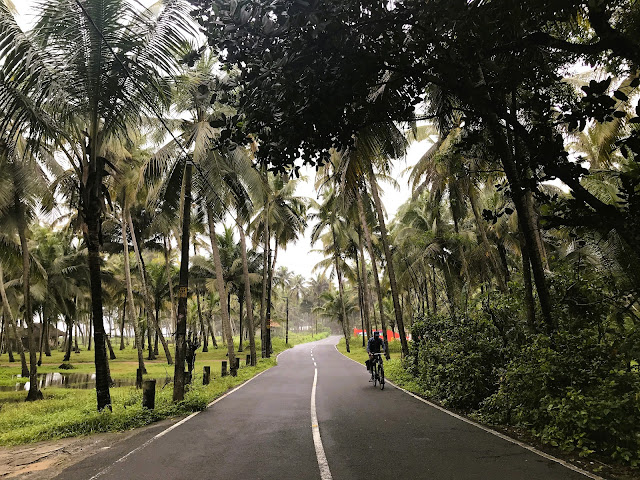 We were in Vadanappally in Kerala, and there's a line of beaches next to each other which you can visit as you drive along the parallel road, which is lined with coconut trees and houses. While Kerala is home to some of the popular beaches in Varkala and Kovalam, there are many others, like the ones near Vadanappally in Thrissur district, which remains fairly unexplored. They also reminded me of the pretty and secluded beaches of  Kannur. 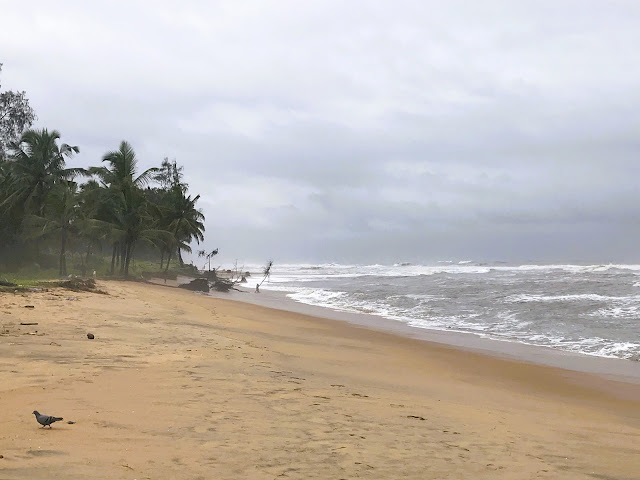 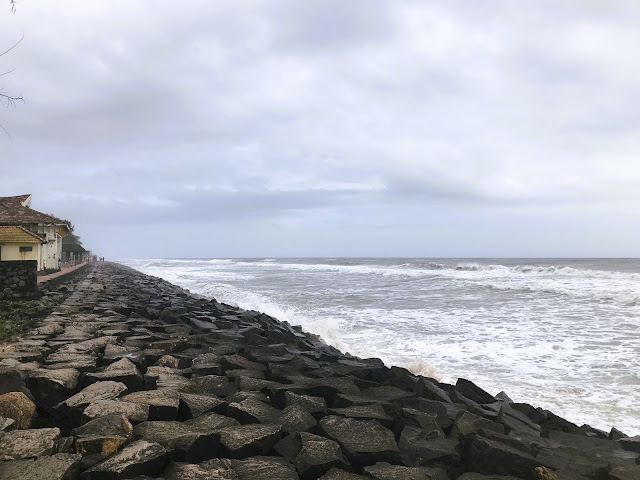 A deviation at Thalikulam ahead of Thriprayar on NH-66, took me through narrow roads and past typical Kerala houses painted in bright colours to Snehatheeram Beach. This is one of the beautified beaches here with a small park and a couple of shops. There were a few local boys who were enjoying their camaraderie as we walked in. It was a cloudy day, the sun was missing, and I strolled around the sandy beach soaking in the salty air wafting around, while strong waves thrashed onto the shore. We walked further to the right and was greeted by numerous black stones piled up as a bund. Hardly a soul in place, we had the whole beach to ourselves. What a way to start the day, I thought to myself. 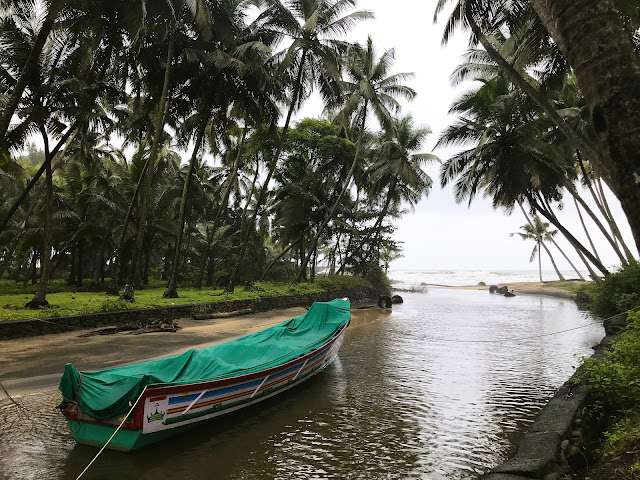 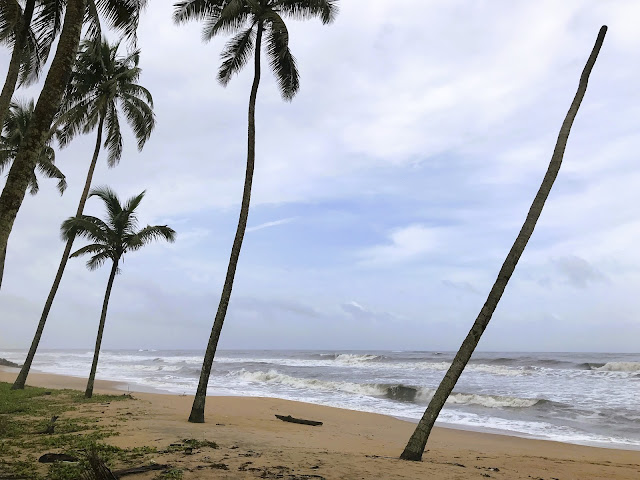 The stretch from Snehatheeram to Vadanappally is lined with four beaches, and we drove down through the narrow, but pretty road with swaying coconut trees for constant company. We crossed a small bridge, and stopped by to watch the backwaters joining the sea, which was a pretty sight. While that was a beautiful frame, what left us in awe was the view on the other side of the bridge where the canal with water was adorned with numerous slanting coconut trees forming a spectacular frame. The picturesque place seemed like a perfect picture-postcard, and we gazed at it in oblivion until a few visitors stopped by. The mouth of the canal is along the beach called Thampankadavu, where it disembarks its waters. Munching on some salt water dipped gooseberries we walked up to the beach, which again was devoid of people, but lined with more coconut trees. A peaceful place to watch the waves and spend some time in solitude. 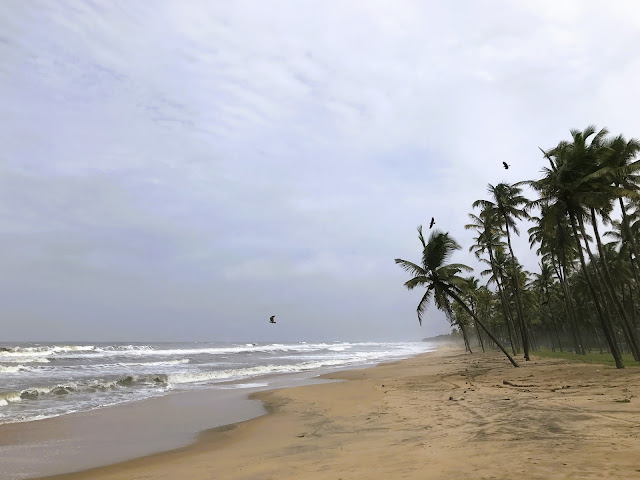 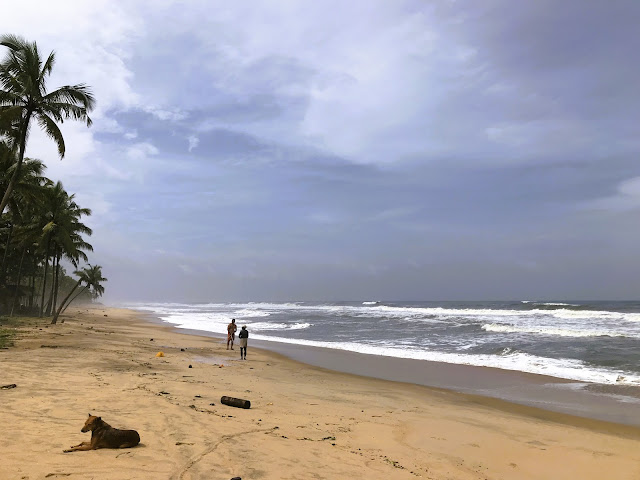 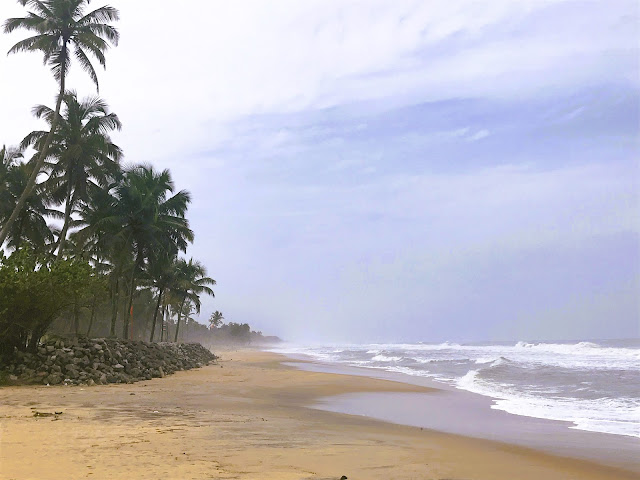 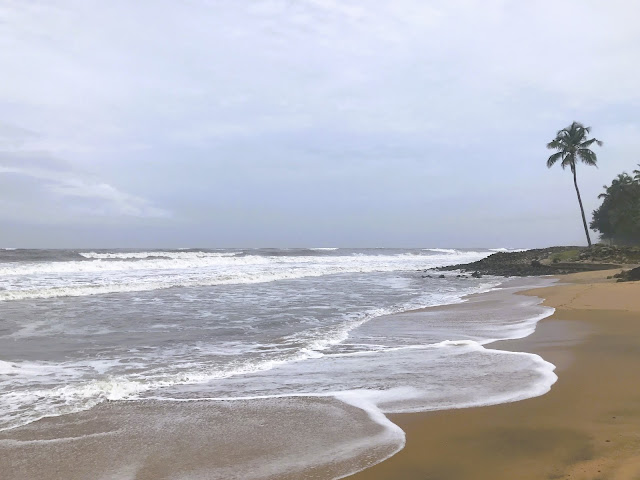 Further ahead we drove to Chilanka Beach, which had a few fishermen unknotting their fishnets and a few dogs loitering around. Without spending much time here, we drove further on the snaking road past a couple of small settlements to Vadanappally Beach. This is one of the longest beaches here, stretching more than half a kilometre. After parking the car, we strolled down the beach, which looked quite hazy in the strong winds that blew. The beach was empty, as far as my eyes could see. Not a soul in the vicinity, we chased the waves, listened to its thrashing sound and relaxed here for a while soaking in the serenity of this place. 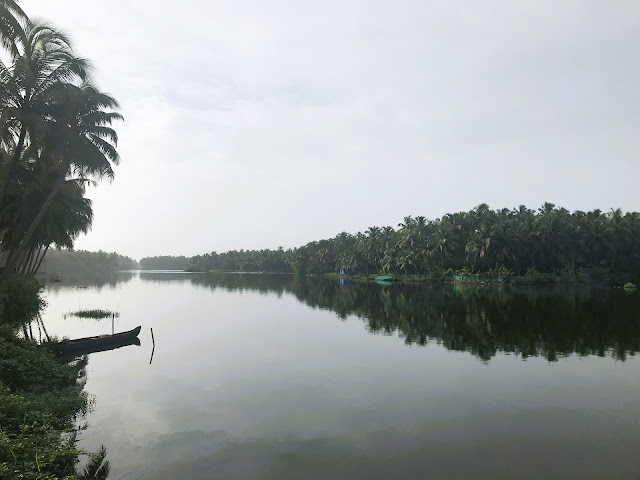 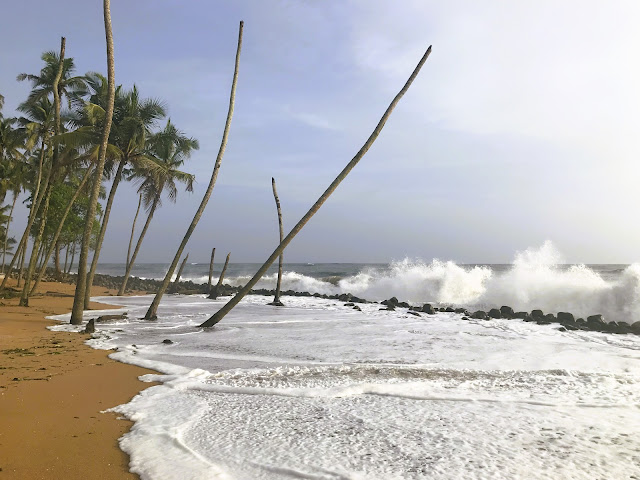 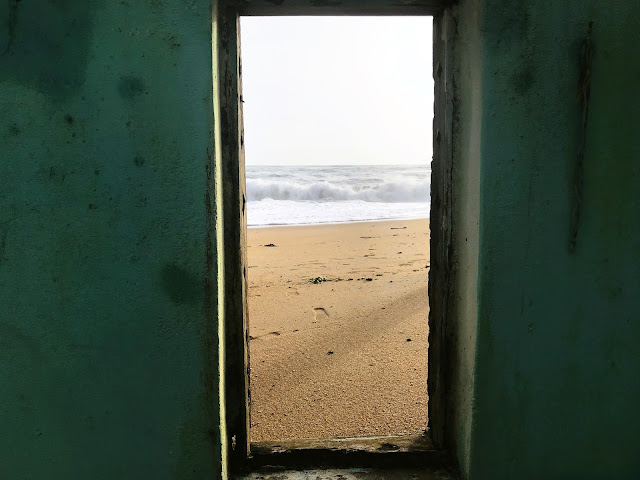 The last beach that we wanted to visit was a little away. We had to get back on to the highway, and then take a deviation while maneuvering through narrow muddy roads past paddy fields and backwaters to get to it. Google maps showed a broken bridge with a view near to it, and that is what caught my eye. Anugraha Beach and Ganeshamangalam Beach overlap each other, and the locals call this beach by both the names. We had to stop the car after a while and then walk to the beach. Passed by a large backwater, where we chatted with the locals and saw a couple of them fishing. The road further ended at the beach, which had a few abandoned houses, which were semi-submerged in the sand. Seemed like the sea over the years had swallowed a part of the land and encroached the houses. The headless coconut trees there may have quite a few stories to tell of the encroachment. The waves here were the fiercest and lashed against the stone-bund built by the locals. As the sun set, we walked away from the beach, which again was devoid of any visitors, but this was probably because it was abandoned by its people.

The closest airport is at Kochi, 62 km away, and the nearest major railway station is at Thrissur, 20 km away. There are frequent buses from Kochi and Thrissur to get you to Vadanappally. There are no public services between the beaches, and it would be ideal to come in your own vehicle.