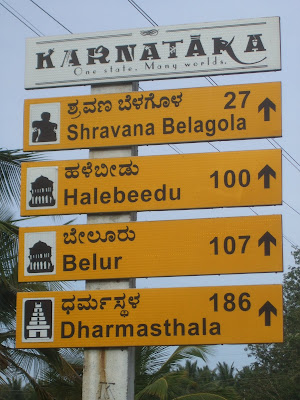 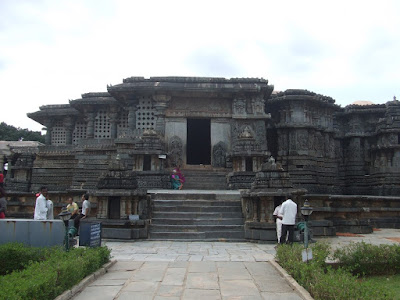 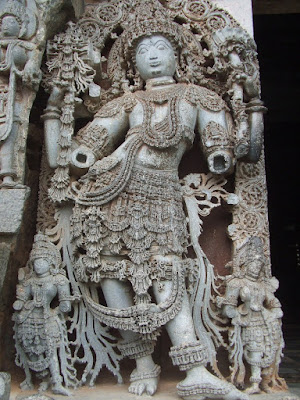 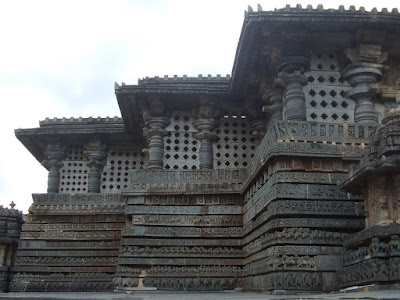 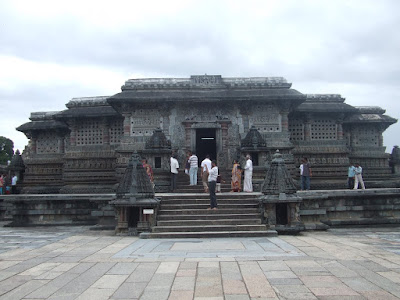 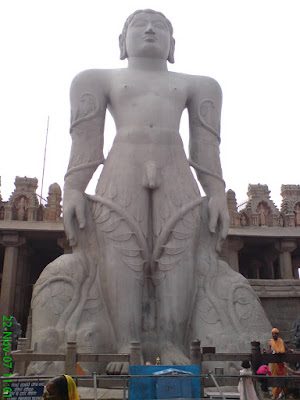 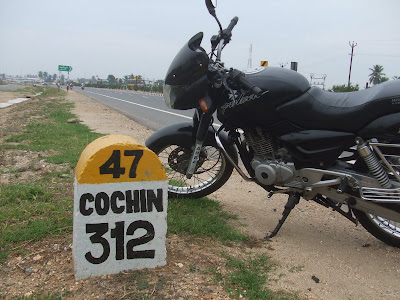 Even though this was not my first bike ride from Bangalore to Cochin, the excitement to ride that far and to be on my steed for the whole day gave me goosebumps. Since it was monsoon season, I decided to avoid the Mysore-Wayanad route and instead settled for the well laid out NH-7 via Salem. The chances of getting drenched on this route was minimal. My earlier ride to the same destination 3 years back was however via Wayanad which is more scenic. The reason behind this ride was to be with my folks for Onam.

I left Bangalore at 5 am and had my first pit stop at the Coffee Day after Hosur. The sun was not out till then and the the piercing headlights from the opposite side made me ride slow. However after my first coffee break i maintained a good speed of 75km/hr. In total I took 7 breaks, each after a distance of 75 to 80kms. I reached Salem by 9.30 and stopped there to have my breakfast. There was this curious traveler whom I met during one of my breaks and who was traveling from Bangalore in his car with his family. He was quite impressed about me traveling from Bangalore to Cochin and wanted to know many things like how much time I took, where am I coming from, where am I headed to etc. With a thumbs up sign he wished me luck and left. A lone rider with a backpack does bring a lot of curiosity; at least for a few in this world. I had an early lunch at Avanashi and an early evening tea near Walayar, which was in fact my last pit stop.

With my huge backpack transforming itself into a backrest my ride was smooth and my intention to enjoy the ride rather than rushing in, made it even more joyful. The whole day was cloudy and gloomy and even though i traversed through 3 different states, the climate remained the same throughout. This was something that I was not expecting and this indeed helped me reach my destination without much tiredness. The roads from Bangalore till Avanashi was smooth and wide with well laid out tarmac. To compensate this, the roads after Avanashi, especially after entering God's Own Country was in a sorry state. To add more misery to this there were a lot of  flyovers which were being constructed near Chalakudy and this had made the so called roads into massive craters. The final leg of my journey was the most butt-breaking one as the roads were bad and the traffic jams were even worse. However after 13.5 hrs of burning fuel and rubber I reached Cochin.

After enjoying a wonderful Onam with my family I took the same route back. I in fact took breaks at the same places where I had stopped during my onward journey. It felt so nice to see the same faces i had met a few days back, grinning at this traveler. People feel weird and scary when I narrate them about this wonderful ride of mine. I instead have a small laughter inside me thinking about my steed wanting to see Cochin again.

Signing Note: A long, lonely and heavenly ride to God's Own Country...