Places to visit in Naples, Italy 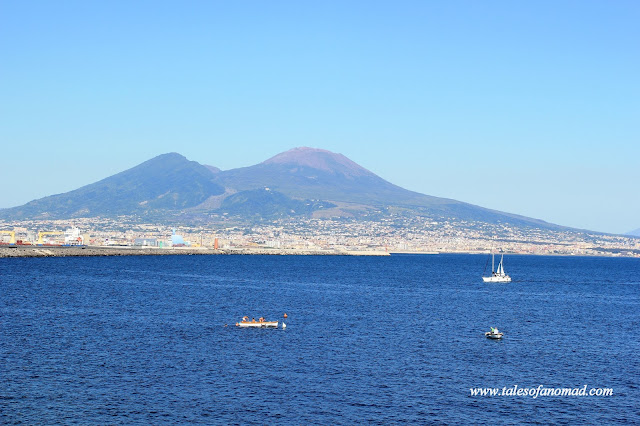 The southern port city of Naples or Napoli is often a stopover point for travellers heading to the illustrious Pompeii and the beautiful Amalfi coast. While Pompeii is known for its ruins, Amalfi coast is a popular drive down destination. Naples might not get categorized alongside other Italian cities from a tourism perspective, as it has always been known for its chaotic people and localities where conflicts are common. However, Naples too has its elegant basilicas, spectacular museums, gorgeous palaces and a serene harbour with Prussian blue waters and Mt. Vesuvius in the backdrop. Pizzas are believed to have been originated in Naples and are known as Neapolitan pizzas. Here is a list of places to visit in Naples which can be covered over a period of two days at a leisurely pace.

Located on the Capodimonte hill, the second century catacombs of San Gennaro is one of the major attractions in Naples. With a maze of tomb chambers and underground passages, the catacombs take the visitors down to the earlier centuries when a whole community used this as a burial ground. The fine paintings on the ceilings and walls are reminiscent of the times gone by.  Naples’ patron, San Gennaro’s tomb can be seen here, however, the remains have been moved to the Cathedral of Naples. Apart from the tombs, the lower catacomb also houses the Basilica of Sant’ Agrippino. The upper catacombs housed the tombs of bishops and has many paintings. The tickets are inclusive of a guided tour which takes about 30-45 minutes. 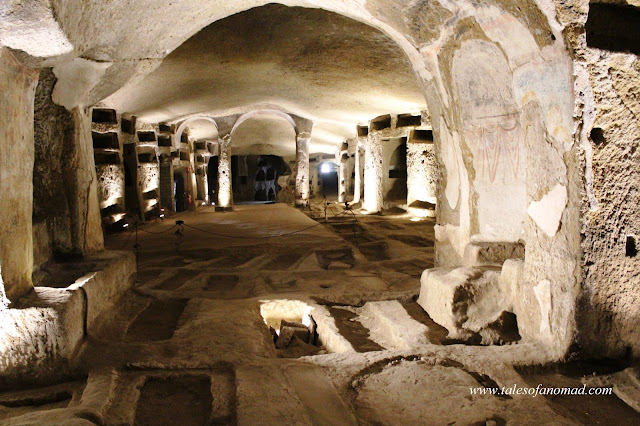 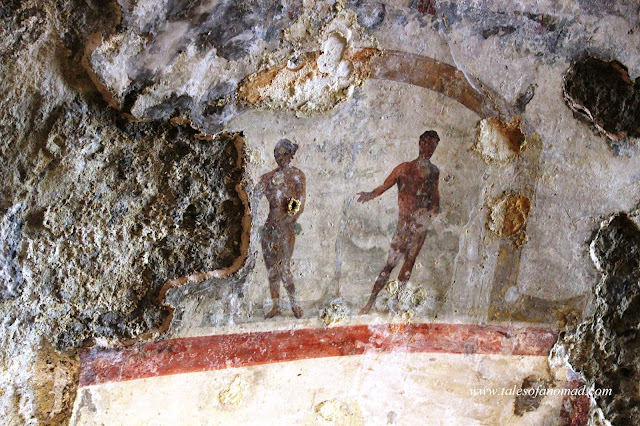 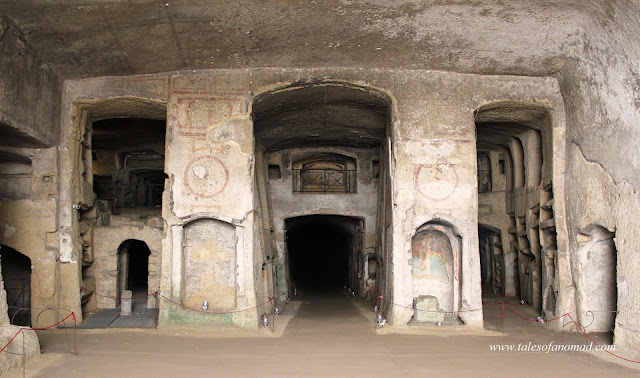 This is one of the most spectacular archaeological museums in Italy and is known for its huge display of art. Also referred as Museo Archeologico Nazionale, the museum is a treasure trove of finest collection of sculptures, paintings and other antiquities excavated from the ruins of Pompeii. The displays also include collections from the kings of Naples and from various palaces. The magnificently sculpted figures from ancient history are in marble, mosaic and bronze. The wall painting collections are a delight for any art lover. 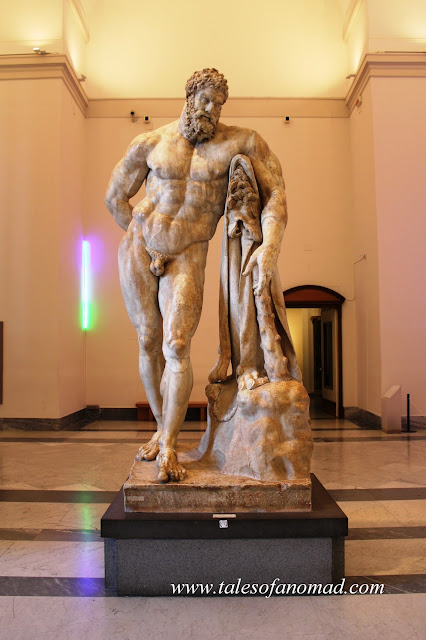 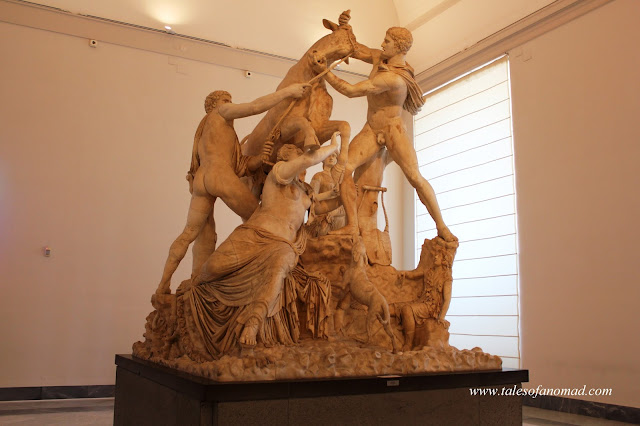 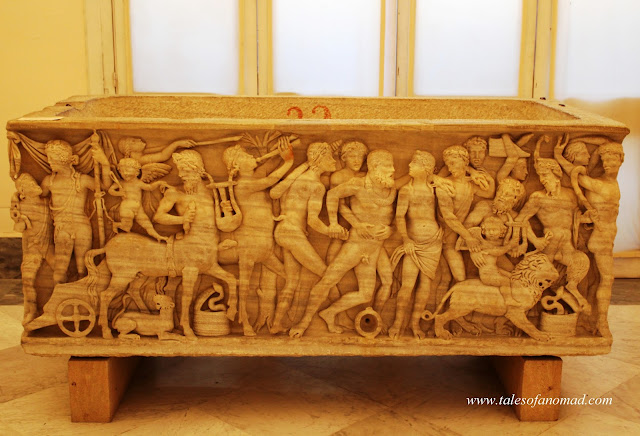 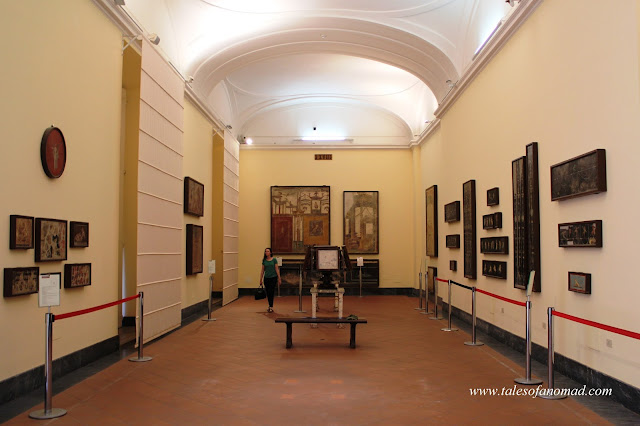 Overlooking the harbour and the Mediterranean sea, stands tall the five towered Castle Nuovo. Once occupied by the kings of Naples, the 13th century castle is also referred as Maschio Angioino. Rebuilt over the years by French, Spanish and Austrian rulers, the castle offers nice views of the harbour. The castle houses the Baron’s hall, the Armoury hall, Purgatory Chapel, the Chapel of San Francesco Da Paola and many more. The castle also has a Civic museum on its higher floors which has a huge display of art works by various artists. 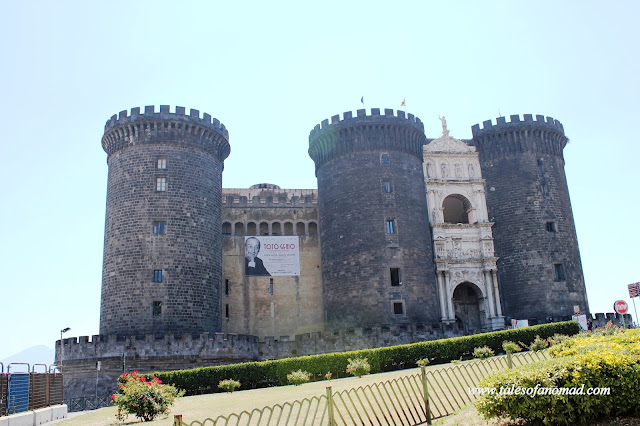 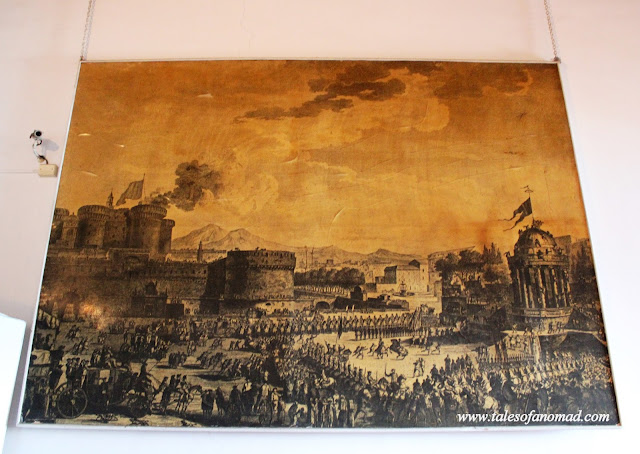 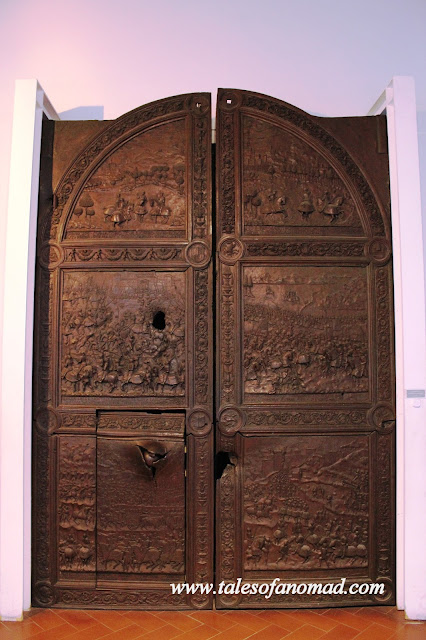 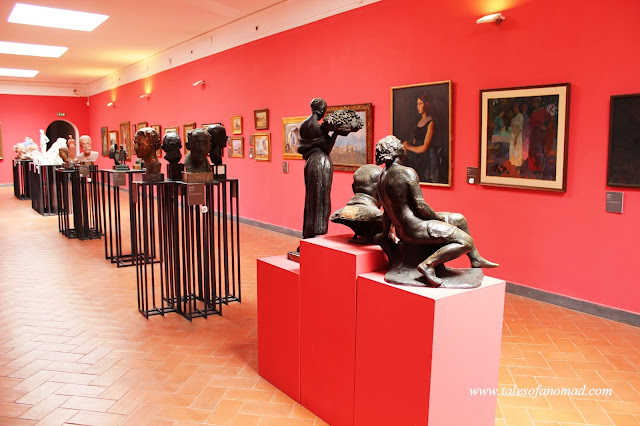 Built in the 13th century, this imposing church is referred as Cathedral Di San Gennaro, named after Sant’ Gennaro, the patron of Naples and whose blood is stored here. The cathedral showcases styles of Gothic, Baroque and Renaissance architecture, and was built on the foundations of earlier two basilicas. Apart from a beautiful altar, the cathedral’s interiors are plastered with frescoes, carvings and sculptures on its ceiling and tall columns. The cathedral also houses the Basilica of St. Restituta and the Royal Chapel of the Treasure of Sant’ Gennaro. The latter is known for its gorgeous frescoes on walls and ceiling. 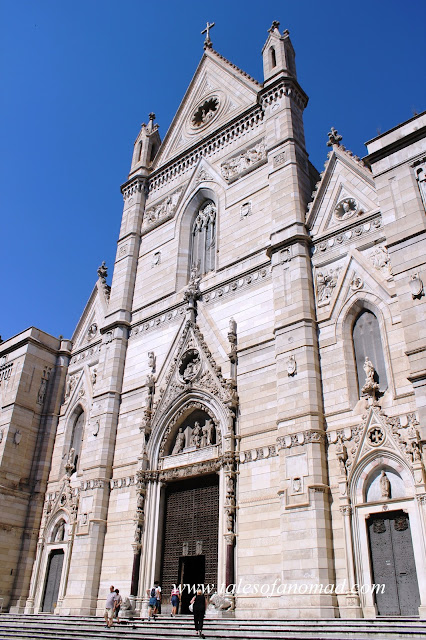 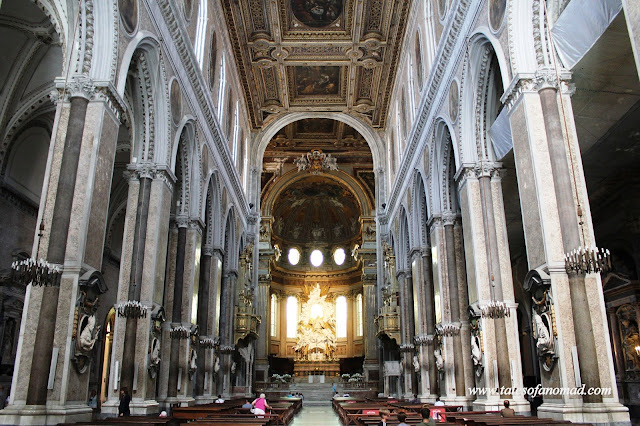 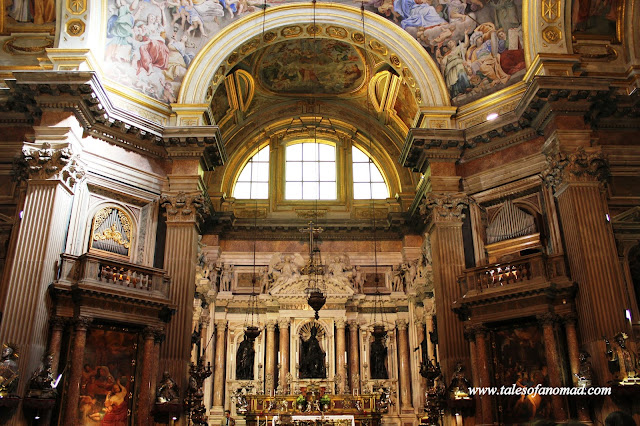 Lined with tall pillars, Aragonese arches and an ornate ceiling, the high altar is quite an attraction in this church. Built in late 13th century, it has beautiful chapels inside with carvings and frescoes. San Domenico Maggiore also houses numerous relics from the 15th and 16th centuries, and also has a monastery annexed to it. 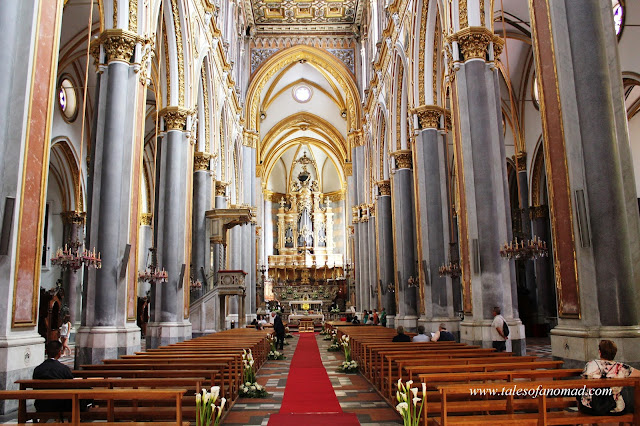 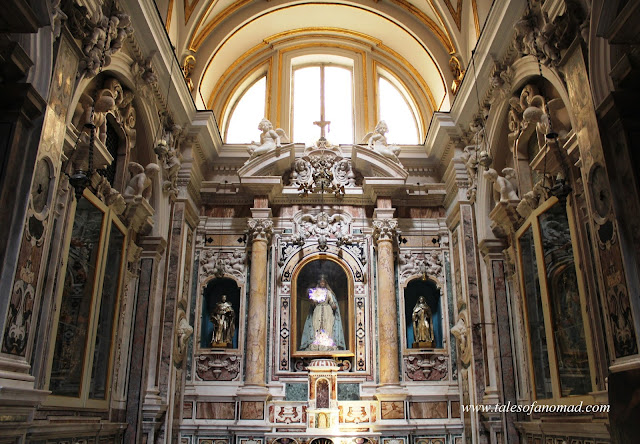 With baroque style architecture, the church with a beautiful outer façade is quite a charming one. First built in the 9th century, the imposing church was constructed on top of a 1st century temple. The Baroque Firrao chapel and the Crypt below the basilica are the major attractions here. The interiors are adorned with numerous frescoes and marble works. 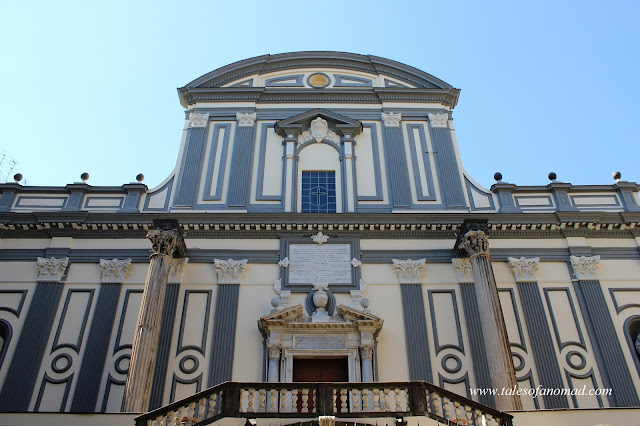 This gothic church built in 13th century might not boast of attractive interiors. However, San Lorenzo Maggiore is popular for its museum and the excavated underground Roman market below the church, known as Macellum of Naples. The church houses two chapels, Cacace chapel and Chapel of Sant’ Antonio, both built in baroque style. 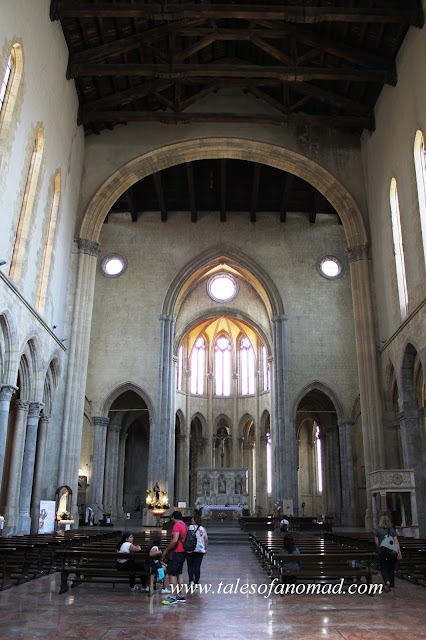 Next to Piazza Plebiscito which is one of the largest public squares in Naples lies the Palazzo Reale or the Royal Palace of Naples. Built in the 17th century in Italian and neo- classical architecture, the palace was the residence of the Bourbon kings. The western façade of the palace has statues of the kings of Naples in chronological order. The biggest attraction of the palace is probably its main staircase which looks absolutely grand and leads to the gallery. It was built during the restoration work in mid 19th century, and the walls are covered with rose marble apart from statues and carvings. The palace has numerous halls, chambers and antechambers which are decorated with chandeliers, royal furnishings and artefacts apart from paintings and art works on ceilings and walls. King’s chamber, Throne room, Royal theatre and rooms dedicated to the Queen are a few of the spellbinding ones here. 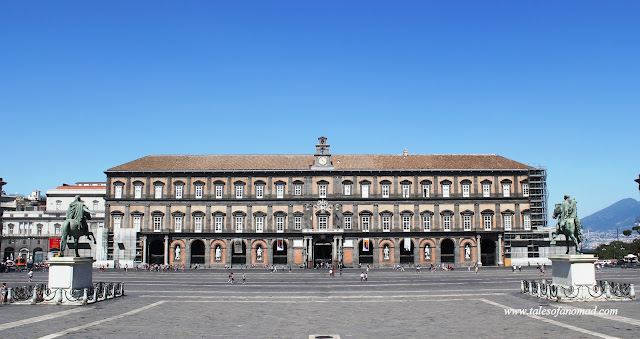 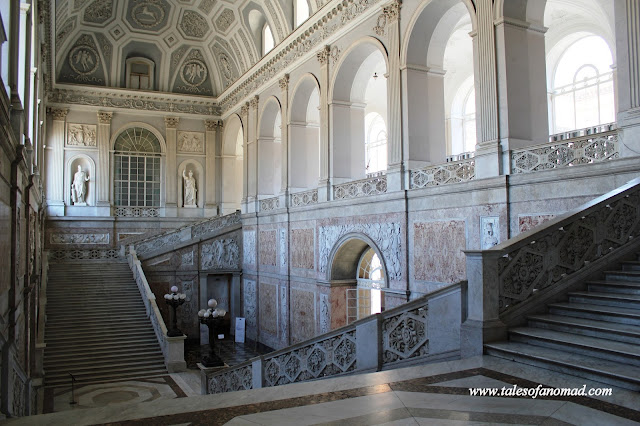 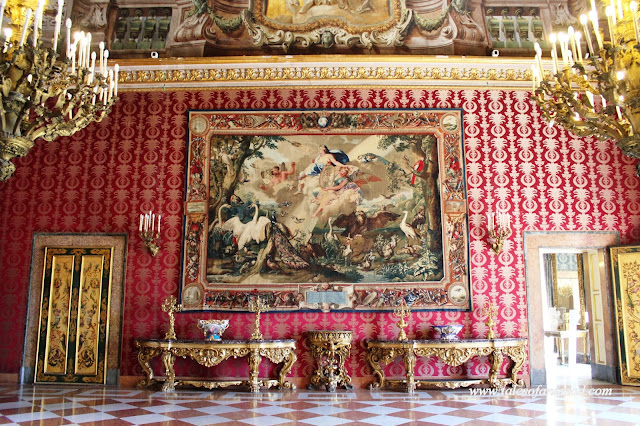 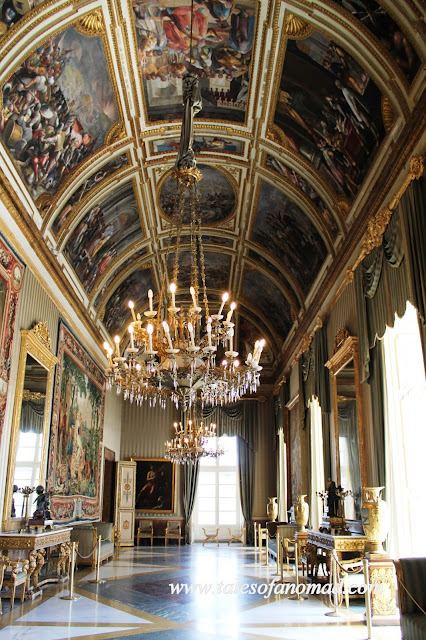 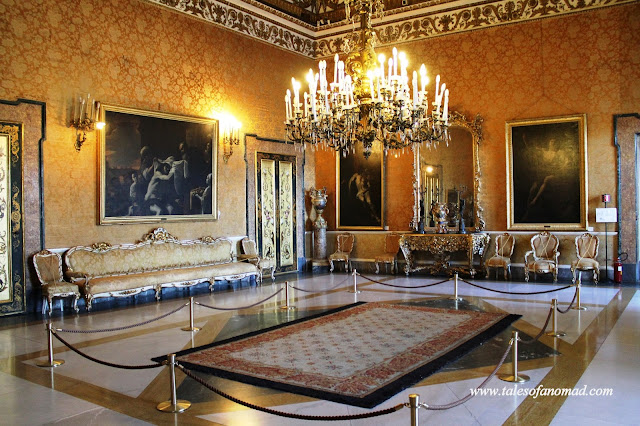 Opposite the Royal Palace and across the Piazza Plebiscito is the Basilica Di San Francesco Di Paola with a lovely dome and curved walkways with pillars on either side. Built in early 19th century, the façade in the front is reminiscent of the Pantheon in Rome. The basilica has two chapels on either side of the entrance. Interiors are lined with numerous pillars and statues of numerous saints by various artists. 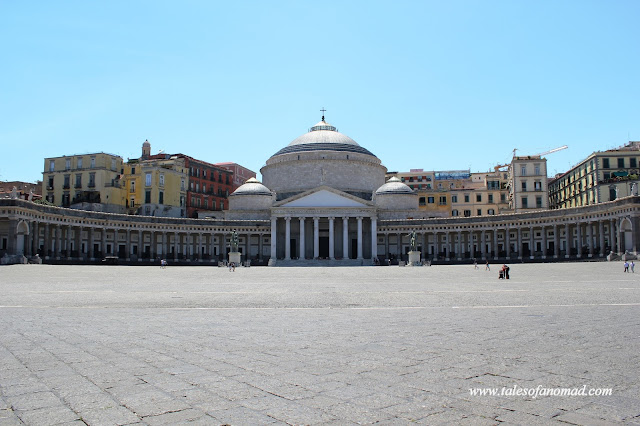 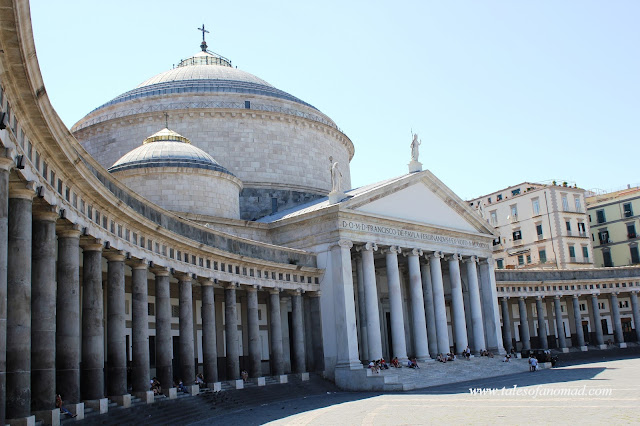 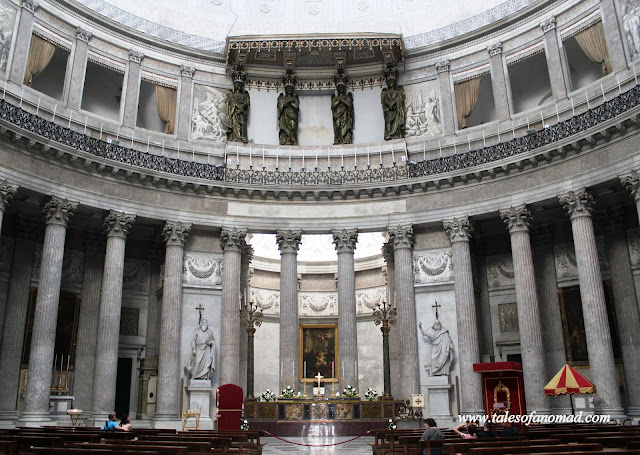 As you walk down the road from Piazza Plebiscito, the Mediterranean sea slowly opens up. Extending from Piazza Muncipio, this waterfront offers magnificent panoramic views of the sea, the active volcano- Mt. Vesuvius and colourful towns in the distance at the base of the mountain. With harbours, piers and docks, this bay is considered to be the gateway to the Mediterranean sea. The walkway is lined with numerous cafes which are known for their Neapolitan pizzas and a stroll in the evening is ideal to enjoy the breeze. 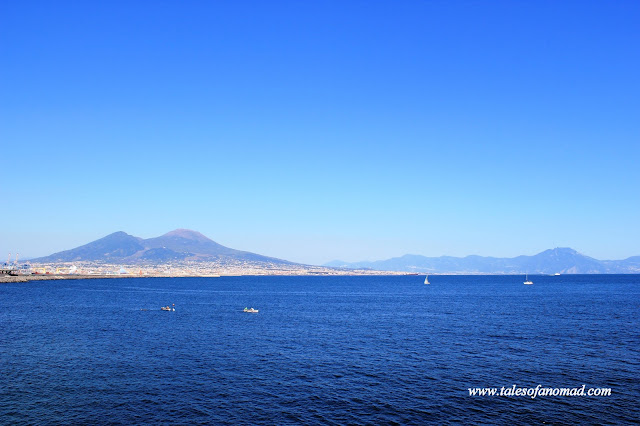