Vatican City- A Walk Through the Heart of Christianity 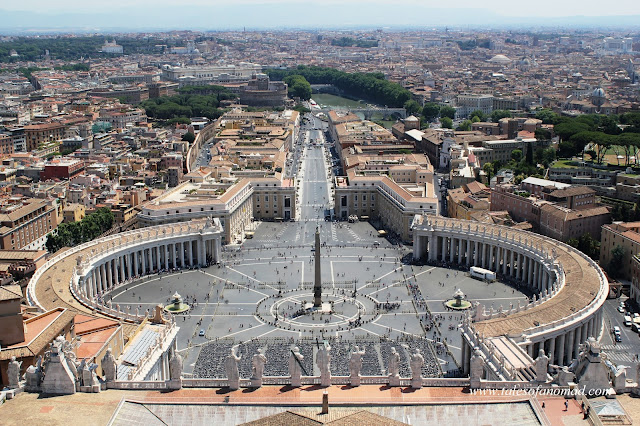 The metro slowed as it crossed River Tiber, beyond the city centre of Rome. After I got down at Ottaviano station, all that I needed to do was to follow the crowd. The cobbled streets lined with shops on either side had guides who were keen to book me a ticket to the famous museums of Vatican. Despite being disinterested, they were happy to show me the direction to the San Pietro Square, more popularly referred as St. Peter’s Square.  There are markings that demarcate the boundary between Italy and Vatican City. However, as I neared the St. Peter’s Square, I was oblivious to the fact that I had walked into another country.

The huge square which is a creation of the great sculptor, Bernini houses the imposing St. Peter’s Basilica along with 17th century fountains, a granite obelisk, statues and curved pathway with pillars on either side which form a beautiful frame. As I captured the frames, the entrance queue to the cupola (dome atop the Basilica) lengthened. Though a long one, it moved quickly as I headed past the Swiss guards in colourful uniforms. They are the official guards and serve as the de facto military of Vatican City apart from safeguarding the Pope and the Papal Apartments which include residences, various offices of the church, numerous chapels, Vatican museums, Sistine Chapel, Vatican library and many other official buildings. 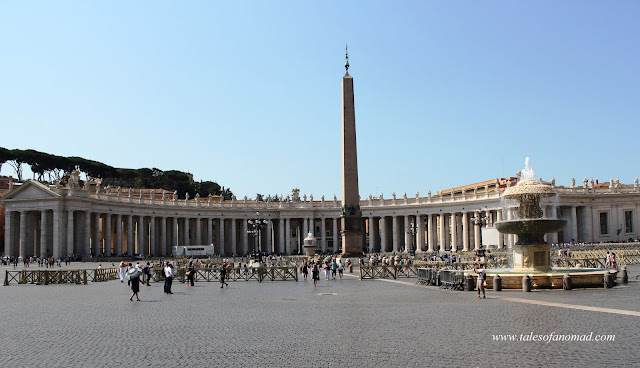 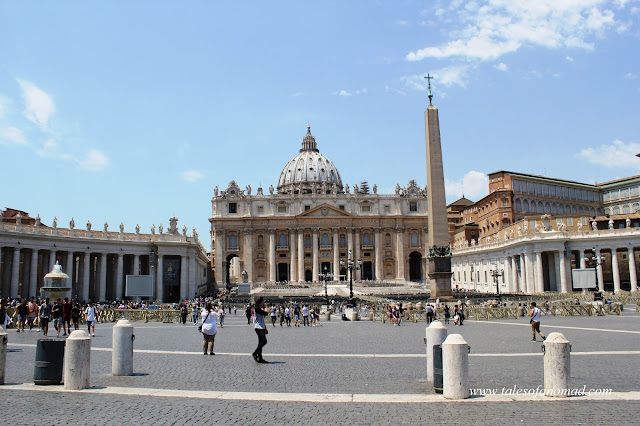 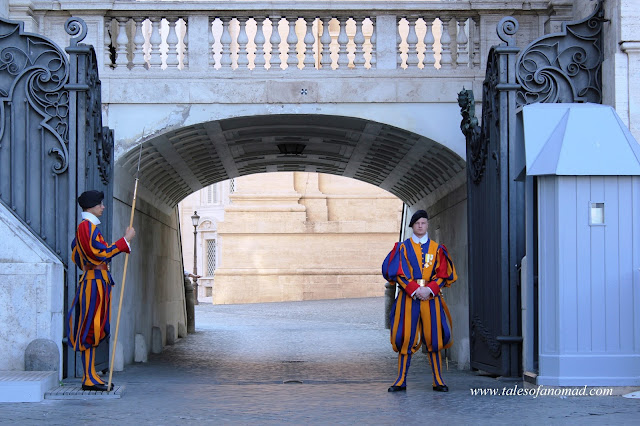 Though there are more than 550 steps all the way up the dome, I opted for the elevator which helped me skip almost 300 steps. The level where the elevator stops has a balcony which offers magnificent views of the interiors of the basilica. I was lucky to be there when the services were on. The balcony also offers a closer view of the magnificent ceiling which is adorned with breathtaking art work. After gazing at the amazing works, climbed the winding stairs to the top of the dome. The spectacular views of St. Peter’s Square, endless tile roofed buildings and the city of Rome in the distance left me spellbound for a while. 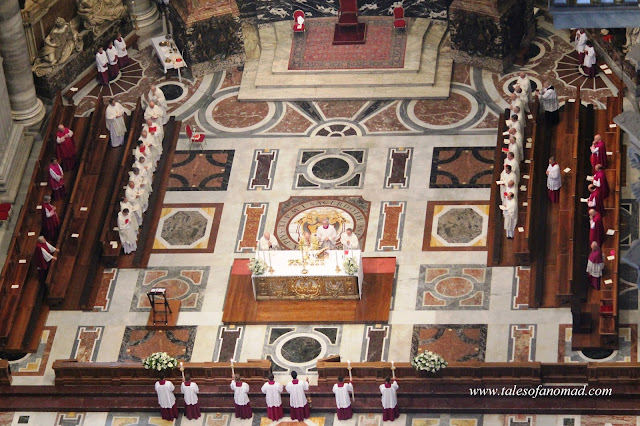 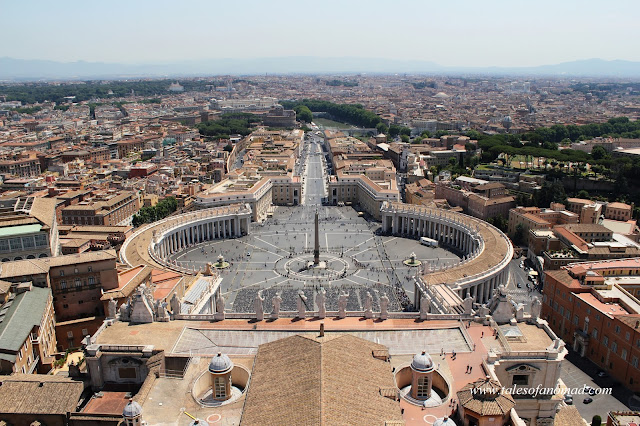 As it got crowded, I walked down and the path which ended at the entrance of St. Peter’s Basilica. For the first few minutes, all that I could do was to take my eyes off one spectacular creation and fix it on another spellbinding one. There is no end to the wonderful artwork inside this grandiose creation. In early 16th century the present Basilica replaced an old church which was built in the 4th century by Constantine. The architects of the basilica include artists such as Michelangelo and Raphael. From pillars to ceilings to walls, everything is adorned with carvings, paintings and sculptures, making the basilica seem more like an art gallery with a display of plethora of magnificent works. The interiors were nicely lit up and as the sunlight filtered through the tiny windows on top, the ambiance definitely seemed magical. The beautiful canopy with spiraling columns built by Bernini stands tall above the altar and is a major attraction. It is believed that beneath altar, deep in the undergrounds are buried numerous tombs including that of Saint Peter. Apart from the gorgeous dome, Michelangelo also sculpted the Pieta for the basilica. This marble creation of Virgin Mary cradling the crucified Christ on her lap is considered to be one of the masterpieces of the artist and is the biggest attraction inside this basilica. As I craned my neck and walked, was absolutely stunned by the astounding creations all around. 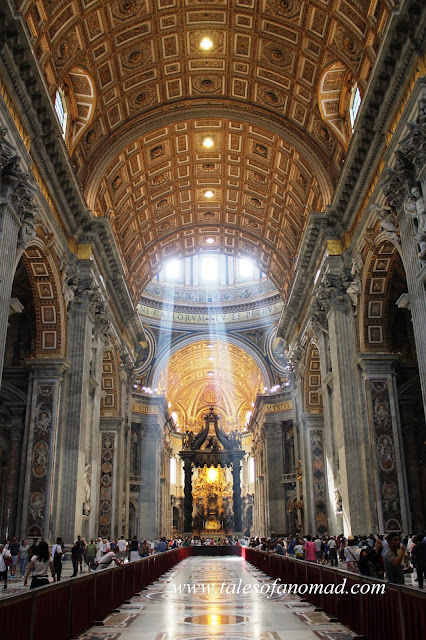 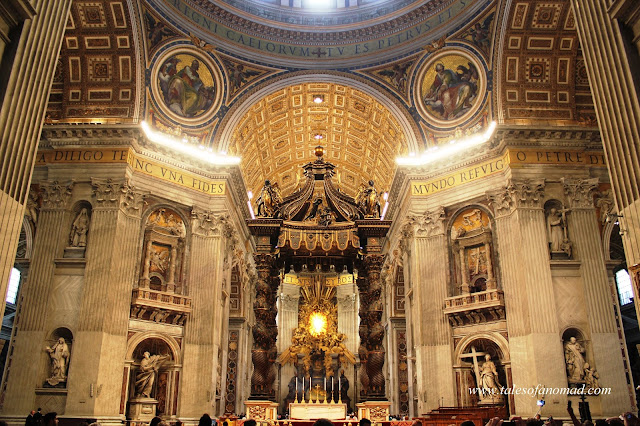 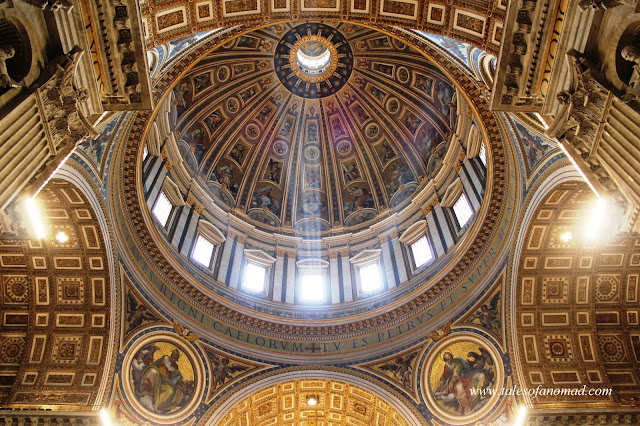 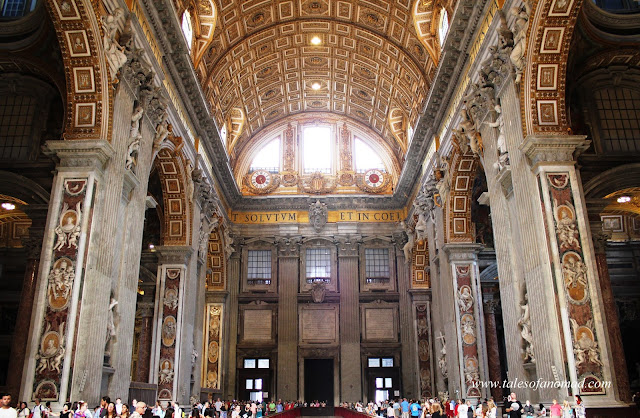 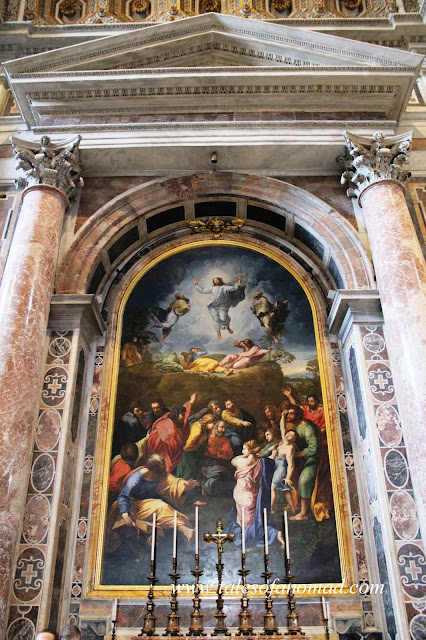 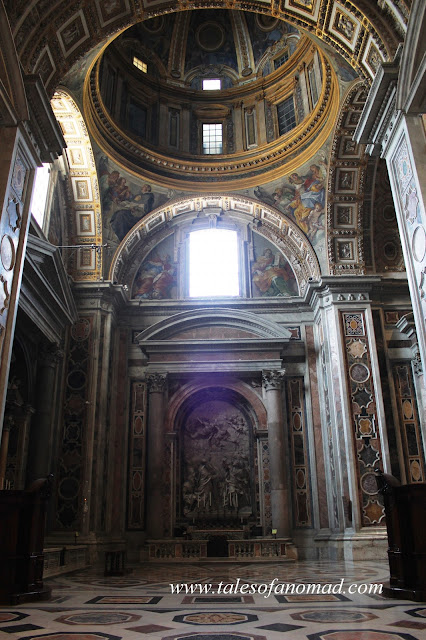 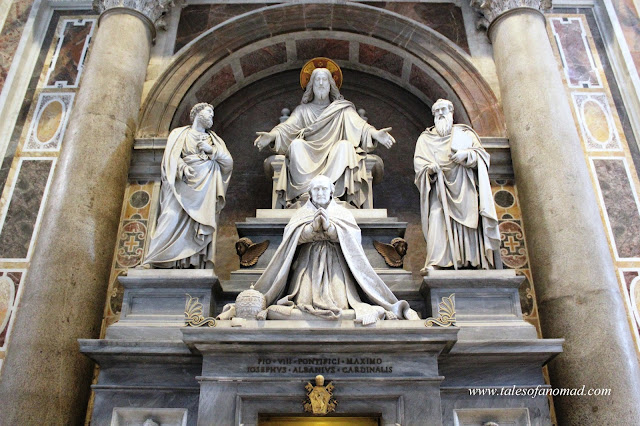 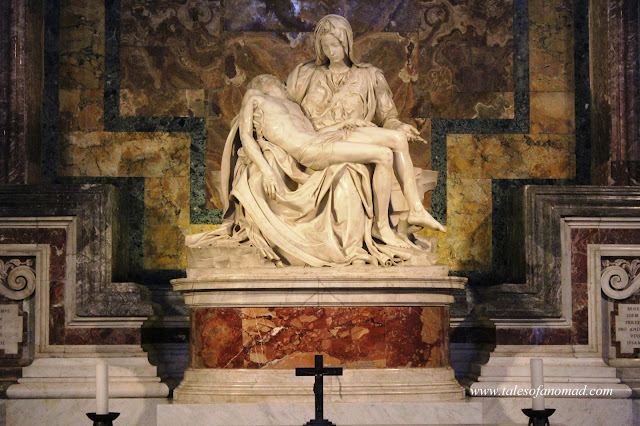 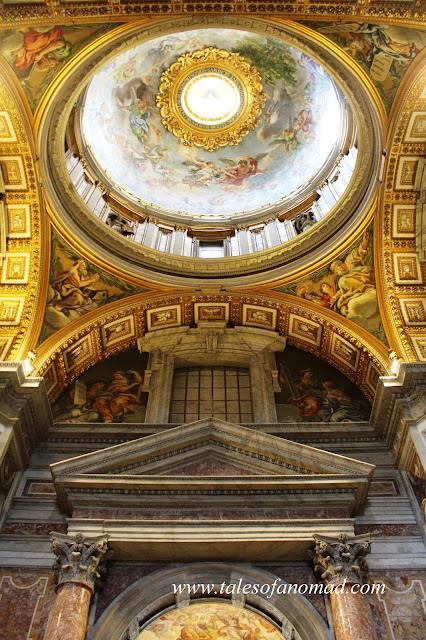 A quick lunch later I was at the entrance of the Vatican museums waiting for my guide. It is well recommended to opt for a guided tour while visiting the museums as that would give a better understanding of the history and detailing of the beautiful works. With audio guides plugged in, we began with the works of Michelangelo as the guide took us through a picture tour of his works. From there on, it was a stroll through brilliant creations by various artists. It was almost a melee out there with numerous guides and amazed tourists rubbing shoulders and forging ahead through the countless hallways plastered with magnificent pieces of art. From walls to ceilings, every inch is adorned with a plethora of art depicting stories from bible and characters from the western civilization. Undoubtedly, this seven kilometers of rooms and hallways has one of the richest collection of art in the world. Museo Pio- Clementino, Museo Etrusco and Museo Egiziano are some of the popular museums. Stanze di Raffaello or The Raphael Rooms houses the brilliant works of Raphael which includes Disputation over the Holy Sacrament and School of Athens. Apostolic library has some of the finest collections of ancient manuscripts and rare books. 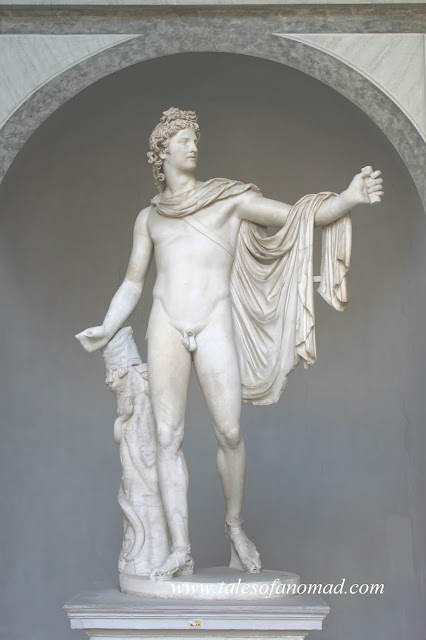 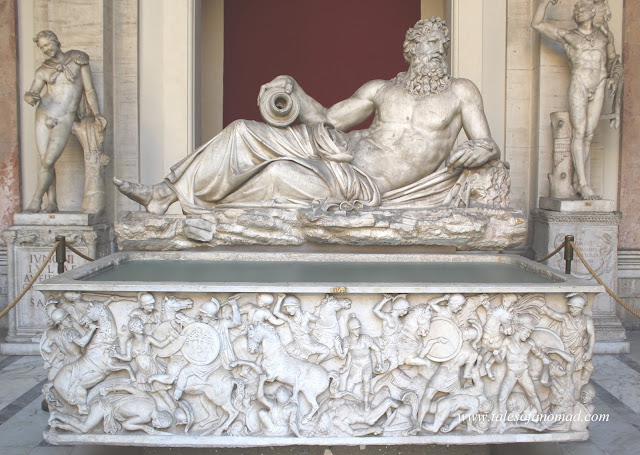 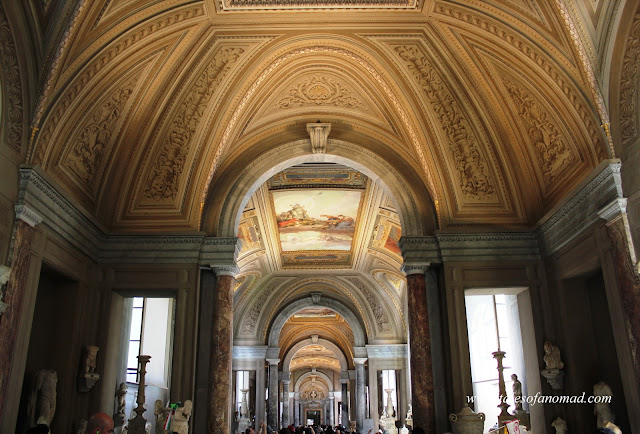 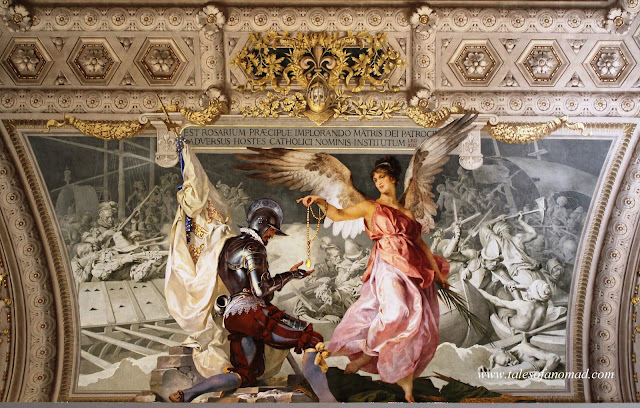 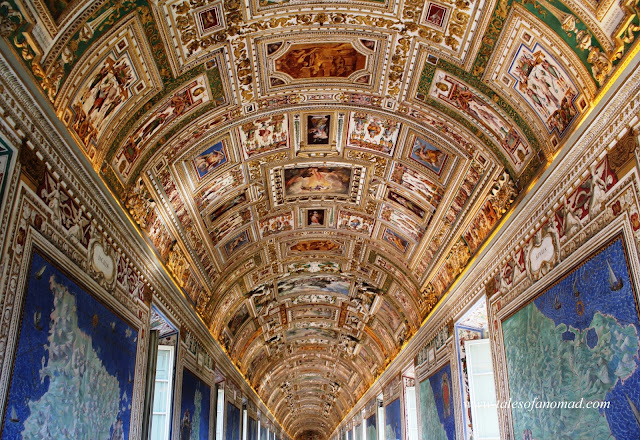 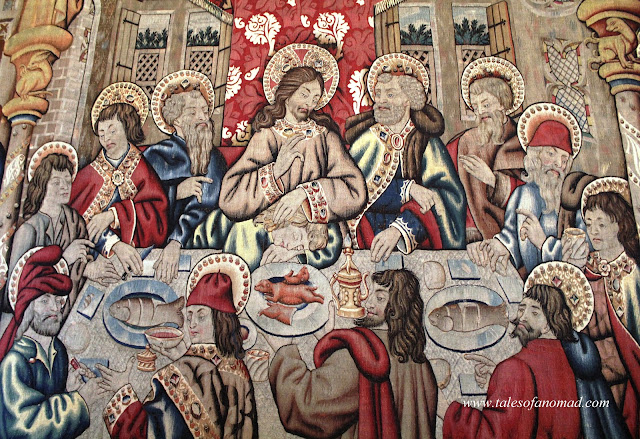 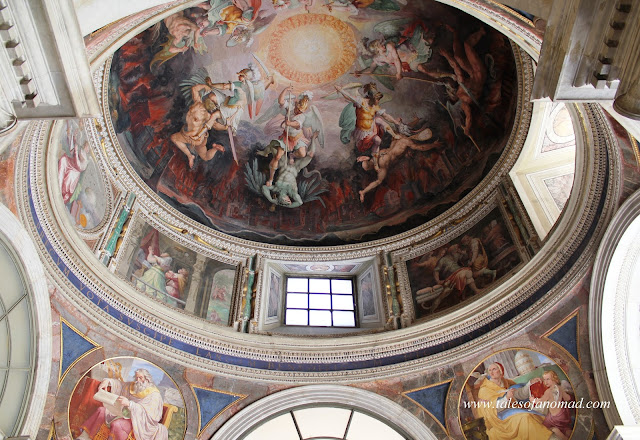 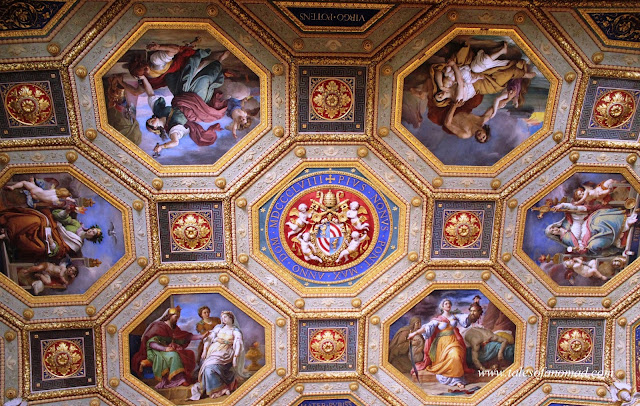 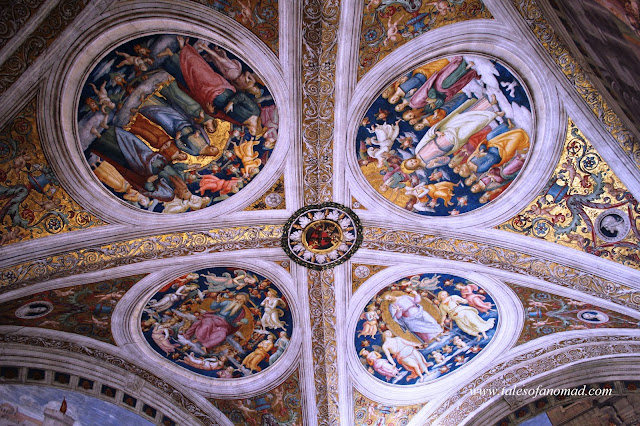 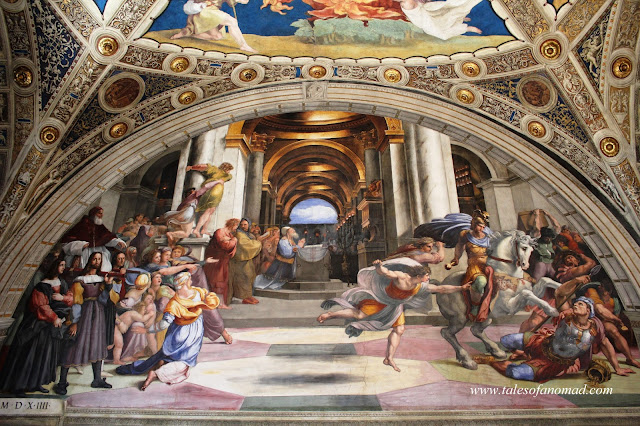 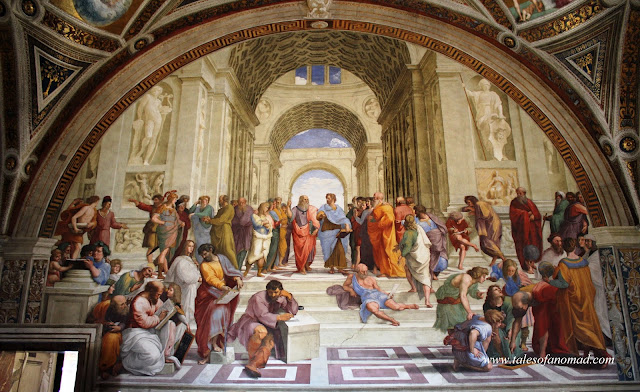 The walk finally culminated at the popular Capella Sistina or Sistine Chapel, without a doubt a mindboggling work of art that includes the famous works of Michelangelo such as Last Judgement and Creation of Adam. The chapel portrays the biblical story of man in 3 parts- from Adam to Noah, Giving of the Law to Moses and birth of Jesus to the Last Judgement. The 15th century Sistine chapel is one of the finest displays of artistic expression in Vatican City. Sistine chapel is also one of the most sacred ones and this is where the cardinals elect new Popes. Photography is prohibited inside this chapel. One of the exits from the chapel leads to Giuseppe Momo’s staircase, an attractive spiral staircase. The guided tour ended at the entrance door of the Basilica and the irresistible interiors pulled me inside once again.

Walking out of the museums and the basilica, I strolled through the square still amazed by the breathtaking work of art. It seemed like I just walked through eternity.

Ponte Sant’ Angelo and Castel Sant’ Angelo outside St. Peter’s Square and near river Tiber are the other popular attractions here.