A Visit to the World's Largest Bird Sculpture 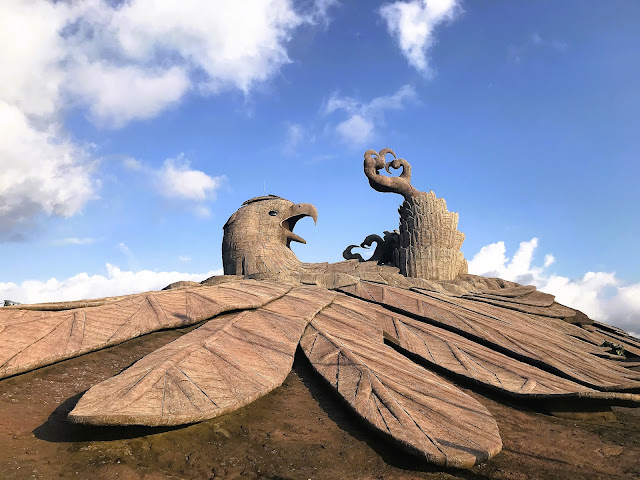 It was a Sunday, and I wasn't surprised to see the large crowd and the long queue to get on to the cable car to view the largest bird sculpture in the world at Jatayu Earth’s Centre. I was on my way back from Ponmudi, and stopped by at Chadayamangalam, where the hillock housing the sculpture stood tall rising above the small town. Silhouette of the head, claws and beak of the bird’s sculpture could be seen from the road.

Opened in 2018, this sculpture spanning over 15,000 sq.ft., was curated by Rajeev Anchal, and comes under the Build-Operate-Transfer model (BOT model) of tourism of Kerala state. Sprawling over 65 acres, and over four hills, it stands tall at a height of more than 350 metres.

Jatayu, which is a mythological bird from the epic, Ramayana, is believed to have fallen on this hillock, after its valiant fight with Ravana. The hillock has been referred to as Jatayu Paara (Paara meaning 'rock' in Malayalam) by the locals for the same reason. However, I have heard this story of Jatayu at a few other places a s well, with Lepakshi being the most popular one. The story may or may not be convincing enough, but the art work on display is absolutely spellbinding. 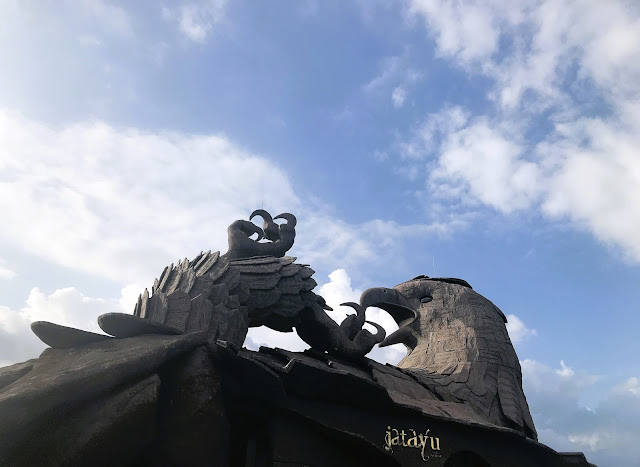 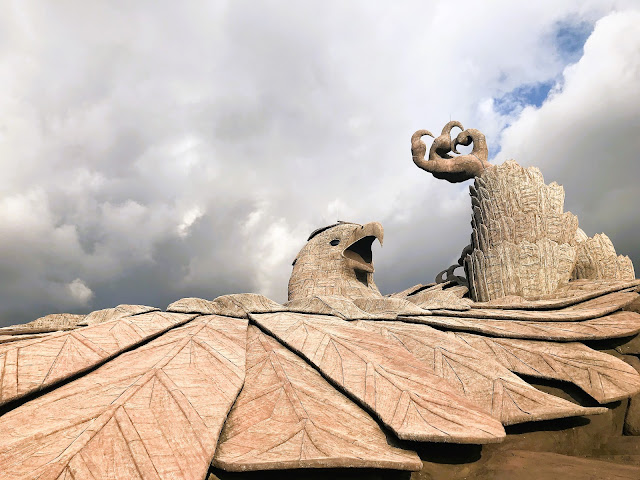 We waited for a good one hour in the queue for the cable car. The waiting area is well equipped with shops selling short eats and beverages. Boarded the cable car and we were on our way up, with the panoramic views of surrounding greenery and towns on offer. As we neared the hilltop, the sculpture showed up. With a length of 200 feet, height of 70 feet and width of 150 feet, this is a massive sculpture with the wings, head, claws and every other part beautifully sculpted. Apart from the claws, which are made of steel, the remaining sculpture is made out of concrete. We walked around soaking in the joy of seeing such an enormous and stunning creation of art work. The aerial views of the surroundings were a delight to watch and my eyes were constantly jostling between nature's display and the man made wonder. 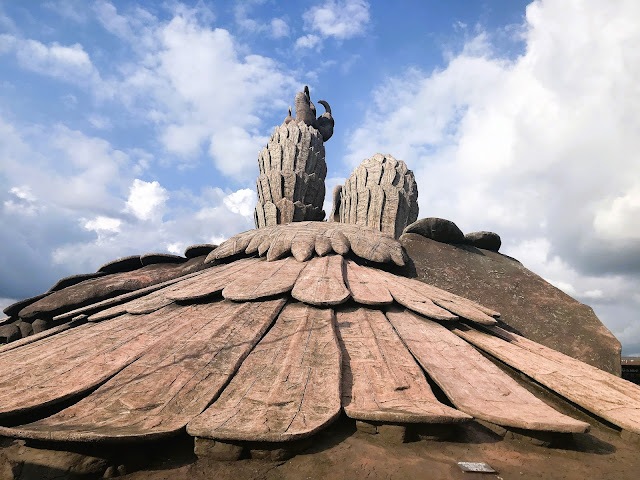 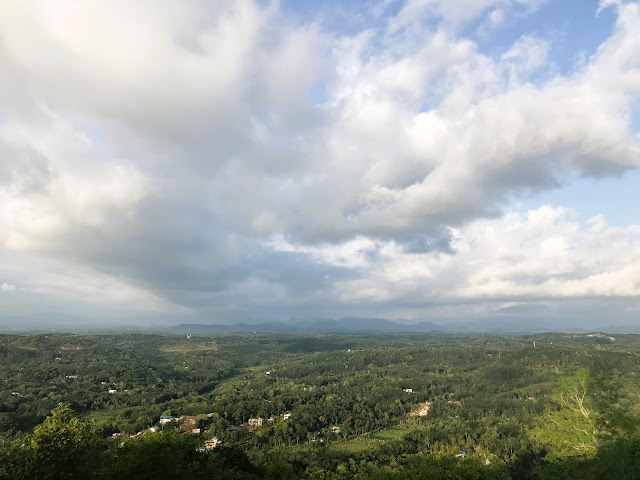 The hilltop also houses a museum, cafeteria and a temple. On the way back to the waiting lounge, you can experience a 6D theatre and a gaming zone for kids. The premise also has a host of adventure activities such as zipline, paintball, Burma bridges, bouldering among others. Jatayu Earth’s Centre is open from 10 A.M. to 5.30 P.M. For those not keen on taking the cable car, you can go up a natural trail with a flight of steps leading you to the top. Helicopter services too are on offer if you would like to save time. There are separate charges for cable car ride, sculpture visit, adventure games etc.

How to reach Jatayu Earth’s Centre:

Thiruvananthapuram is the major city close by, 47 km away, and has the nearest airport and railway station. Though not frequent, there are buses from Kollam (38 km) and Thiruvananthapuram to Chadayamangalam, where the Jatayu Earth’s Centre is located.