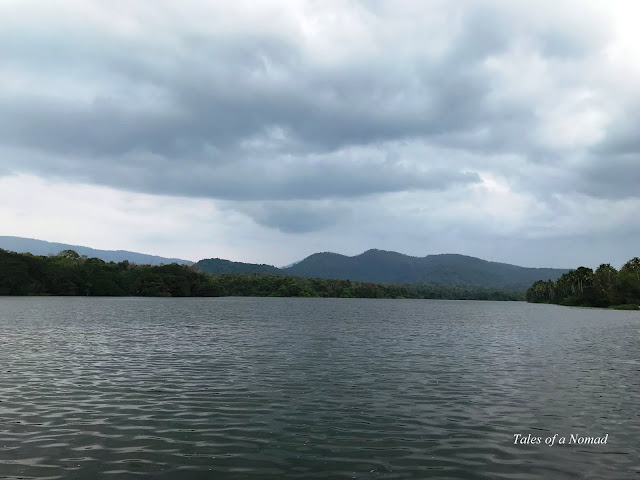 Lush greenery with the relentlessly flowing River Periyar, hovering dark clouds, and half open shutters of the dam awaited us at Bhoothathankettu. As we took a stroll on top of the dam, and later on the narrow road that snaked its way beside the river, endless vistas of the meandering river flanked by undulating hills and dense forests left us captivated. A gentle breeze blew across my face, as I gazed at the breathtaking panoramic view of the surroundings from the watch tower. Except for distant chirping of birds and clinking of bottles hung from a nearby tree, it was just the silence of nature that wrapped us. 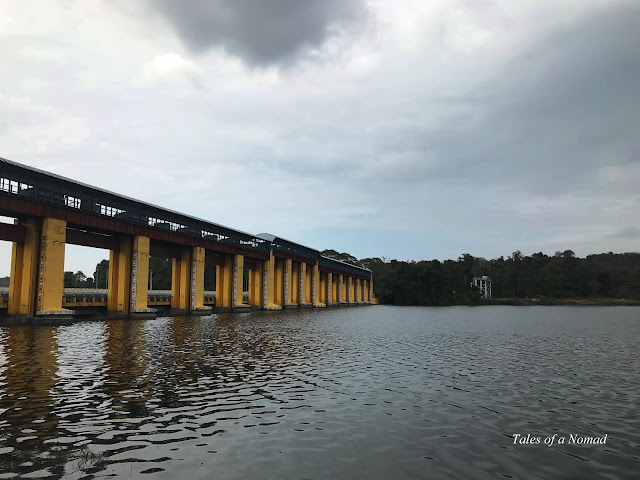 While the landscape views at Boothathankettu are picturesque, the interesting stories behind the dam’s name would leave every curious traveller intrigued.  Bhoothathankettu, translates to ‘built by ghosts or demons’ in Malayalam, and the legend says that demons wanted to dam the waters of the river to submerge the Shiva temple at Trikkariyoor down the stream. They had to complete the task of building the fort with boulders before the break of dawn, but Shiva tricked them by sending a rooster that gave out a false cock-a-doodle-do. The demons panicked, stop building the dam midway, and left the job half done. Believed to have been the work of the demons, there are boulders downstream, which act as a hindrance in the flow of the river. However, geologists and historians might have a more reliable story to it. There are records that suggest that it was the flooding of Periyar River in mid 14th century, which resulted in the boulders being where they are presently in the river. 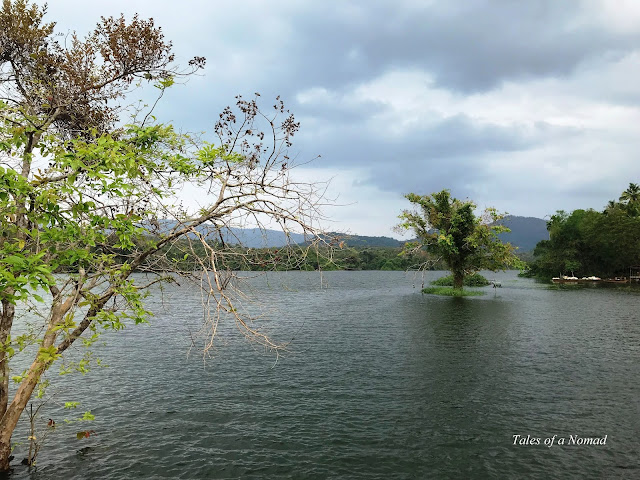 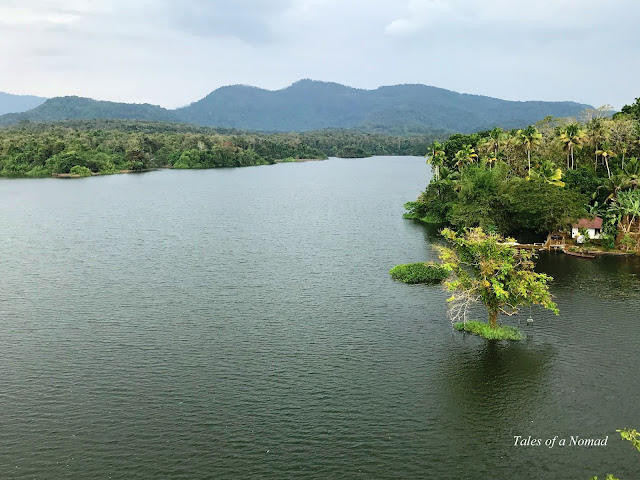 With both a modern dam and a natural one, Bhoothathankettu Dam is definitely one of the most picturesque places to visit in the state of Kerala. Though I restricted my exploration of Bhoothathankettu to the views of the gorgeous landscape, there are trekking trails offered by the authorities, which will take you on some exciting adventure into the nearby forests. There are boating services available as well that would take you further down on the river, and offer a closer view of the lush green forests and hills. 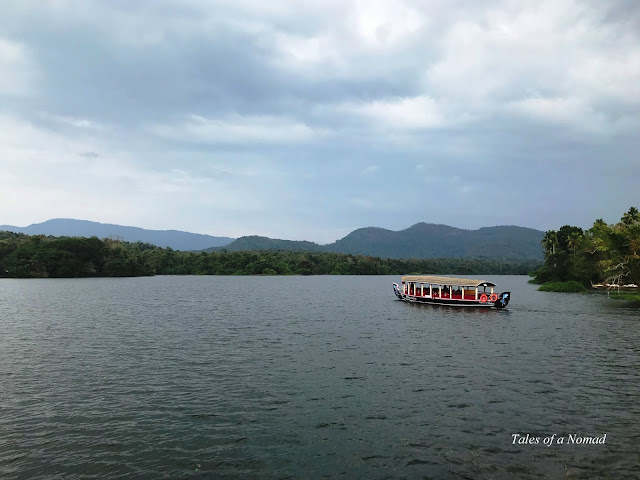 Paniyeli Poru, Inchathotty suspension bridge and Thattekad Bird Sanctuary are some of the other attractions nearby, which you can head to after your exploration of the new dam built by humans and the old one by ghosts.

How to reach Bhoothathankettu:

The closest major city is Ernakulam town (Cochin), which is about 60 km away from Bhoothathankettu. Ernakulam is well connected to other cities across India by trains and flights. It’s ideal to take your vehicle or a private cab to get to the dam.