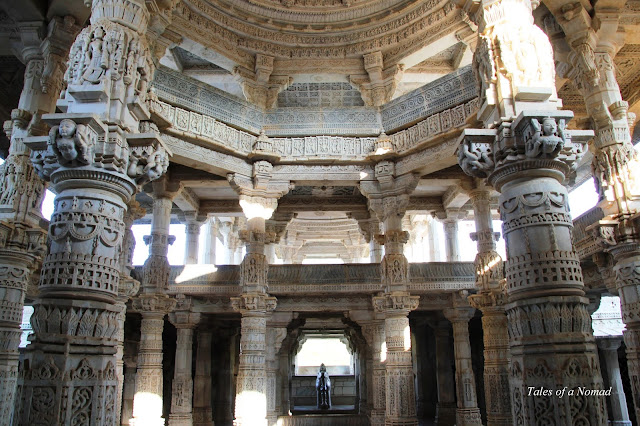 By the River Maghai and nestled cosily amidst the Aravalli hills in Rajasthan are the magnificent Jain temples of Ranakpur. Made from marble in the 15th century by a Jain businessman, it apparently took almost 50 years to construct them. It is also considered to be one of the prominent temples in Jainism along with the ones at Dilwara and Palitana. The temples which are known for their extensive intricate carvings, designs and figurines are built in Maru Gurjara style of architecture.

The main temple dedicated to Adinatha (the first Thirthankara) is known as Chaturmukha temple, and is the largest and most elaborately carved temple here. The three-storeyed structure houses 80 domes, 29 halls, 84 underground chambers and more than 1400 carved pillars. There are four entrance doors that lead to the inner chambers and extends further to the inner sanctum, which houses the idol of Adinatha. The extensive carvings and detailing on the pillars, ceiling, and sculptures of elephant, cupolas and various gods and goddesses make the temple an exceptional work of art. The architecture is so unique that it ensures natural light enters the halls, and also keeps the insides of the temple cool. 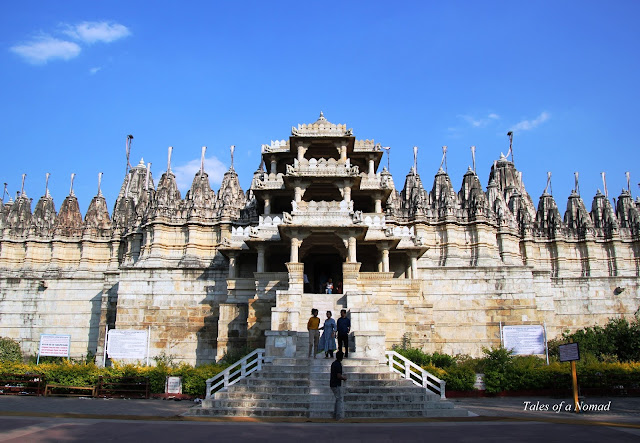 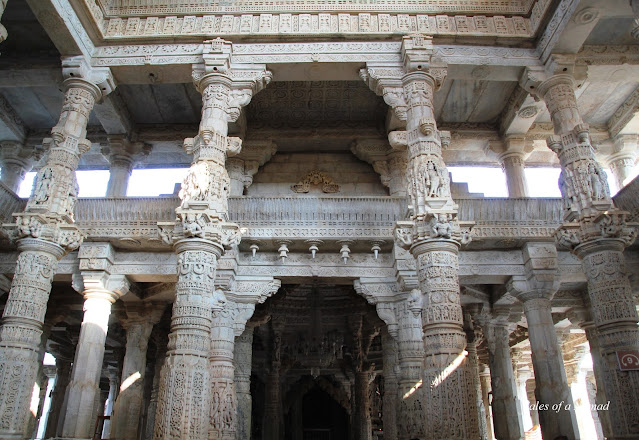 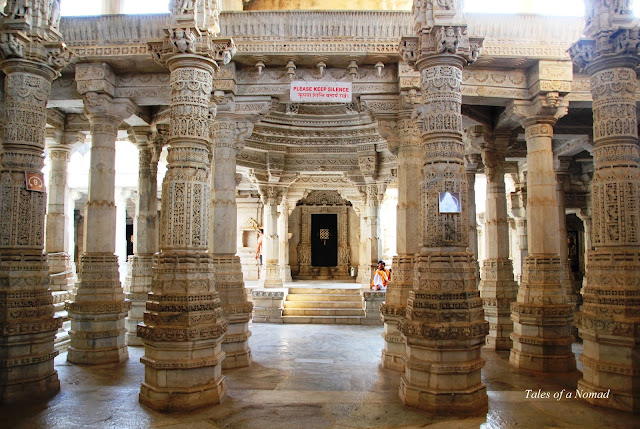 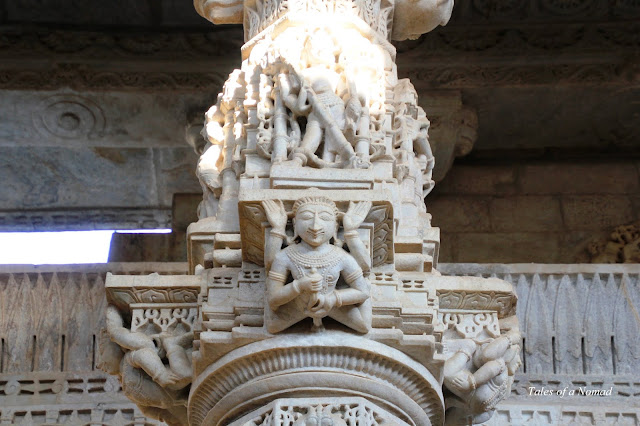 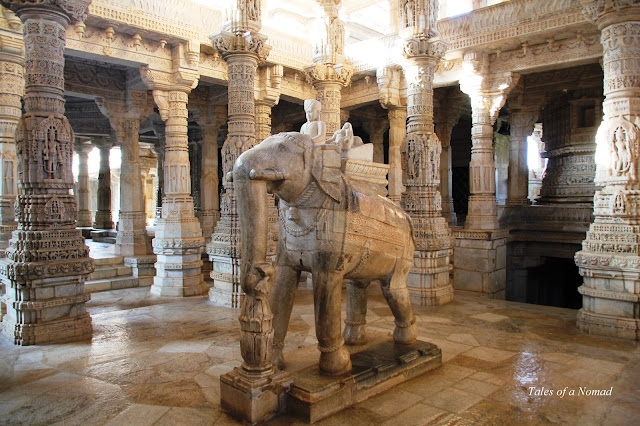 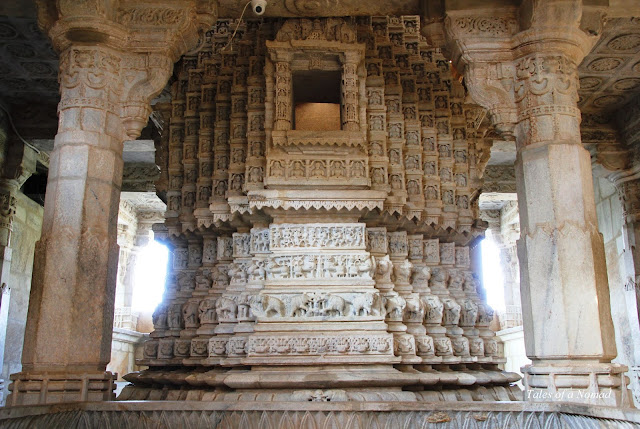 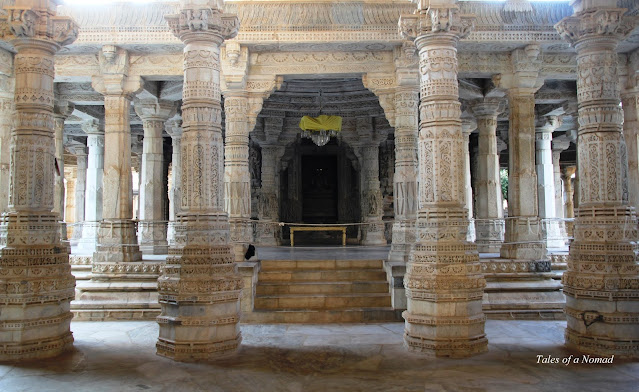 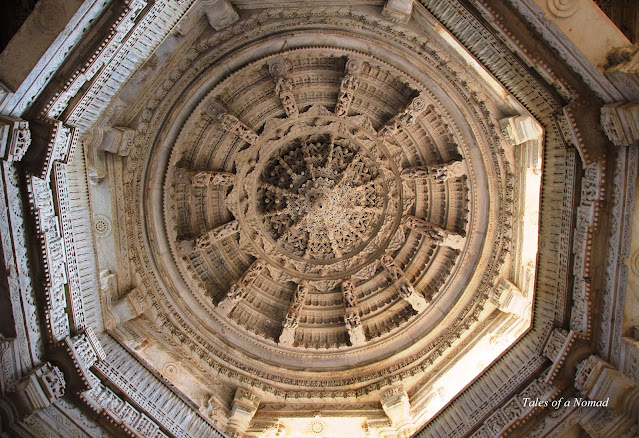 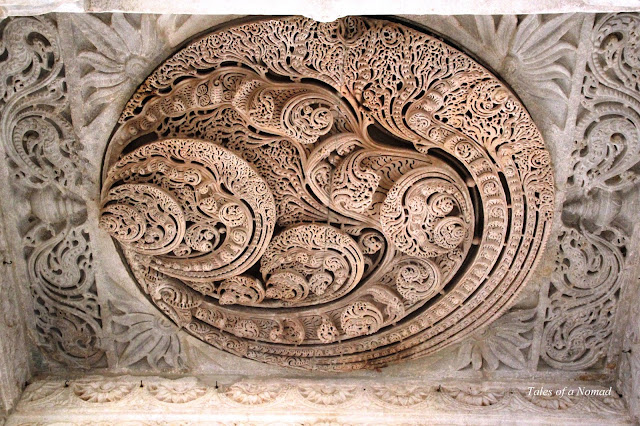 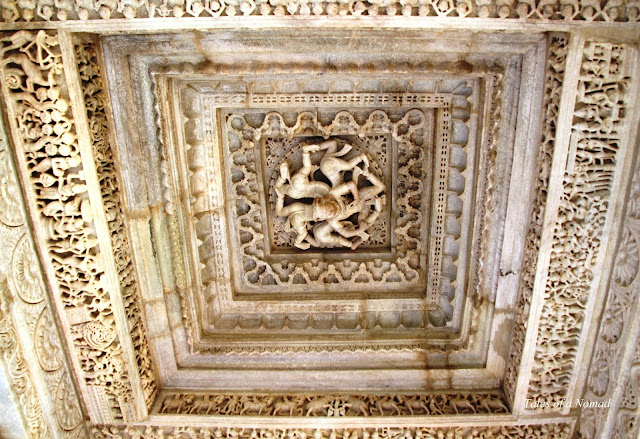 The other temples are nearby and dedicated to Neminatha, Parshvanatha and Suryanarayan. These temples are much smaller in size, but do have beautiful carvings on the outer facade. 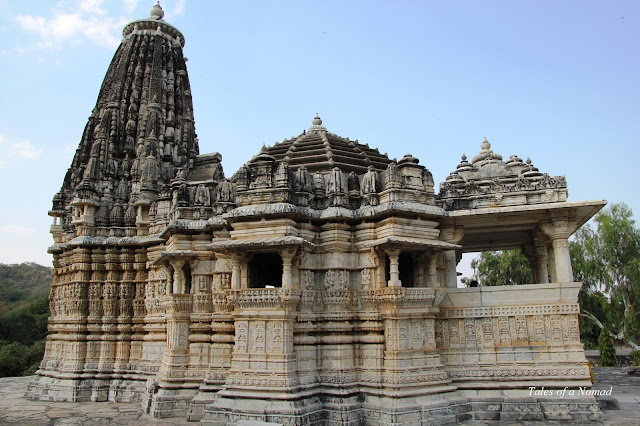 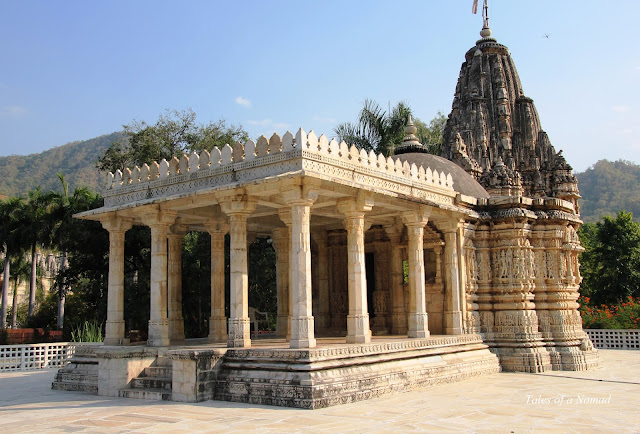 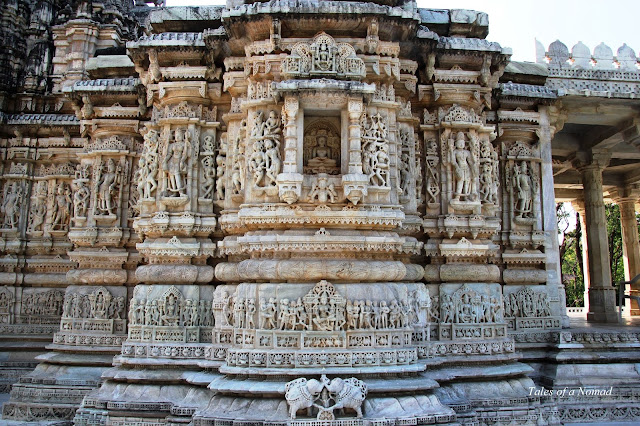 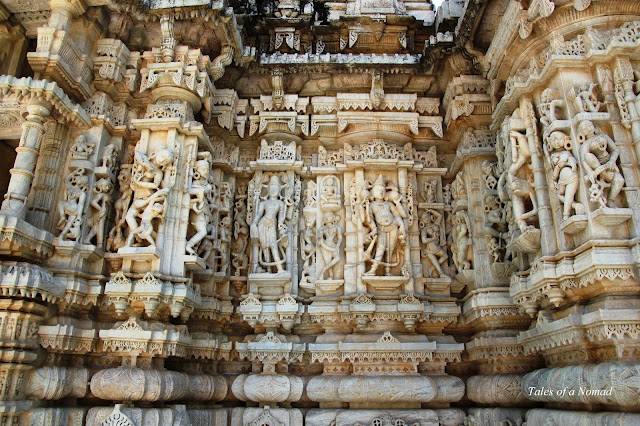 1. There is a minimal charge for camera and phone cameras, if you would like to take photographs.

How to reach Ranakpur:

The closest major city is Udaipur, which has an airport and railway station as well. It is recommended to take a private taxi from Udaipur to reach Ranakpur, which is 93 km away. Public transportation is not frequent between Udaipur and Ranakpur.