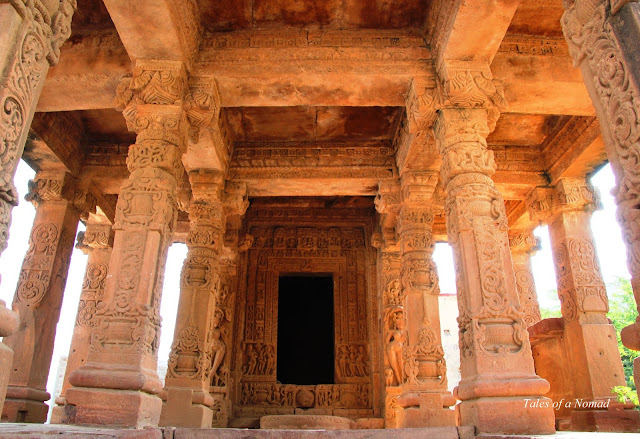 The nondescript village of Osian might not have turned eye balls of tourists and travellers despite being in Rajasthan. However, the temples of Osian have garnered the attention of pilgrims who have been visiting them for years. The temples are scattered across Osian with narrow alleys leading to them. While a couple of them are functional, most of them remain in a neglected and dilapidated state. These clusters of temples are sometimes referred as Khajuraho of Rajasthan due to the intricate sculptures and carvings.

Records suggest that Osian has been an inhabited village since the Gupta dynasty when the town was a stopover for travellers on caravans and camels. Osian prospered during the rule of Gurjar Pratihara kings who built numerous temples in the period between 8th and 12th century. Jainism too had its strong presence during that period and it is believed that there were hundred Jain temples in Osian during that era. Presently there are only 20 Shaivite, Vaishnavite and Jain temples in Osian.

Sacheeya Mata temple at the centre of the village is one of the most prominent functional temples in the region. The deity here which is an incarnation of Durga is also known as Shri Osiya Mataji. The temple was built in the 9th century by Parmar King, Upendre. A fleet of steps with multiple entrance gates and carvings lead up to the shrine. The main hall of the shrine has exceptional art work across the ceiling and pillars. 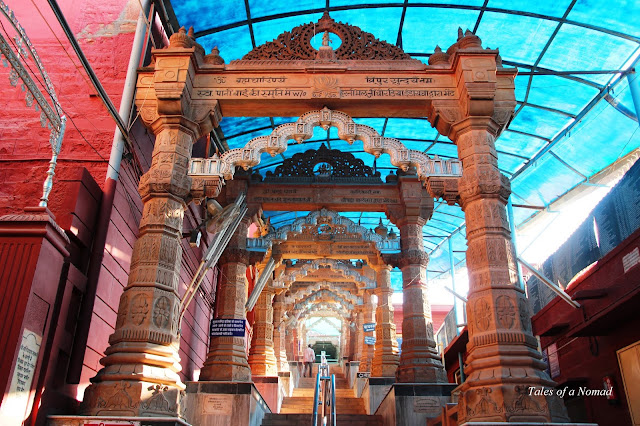 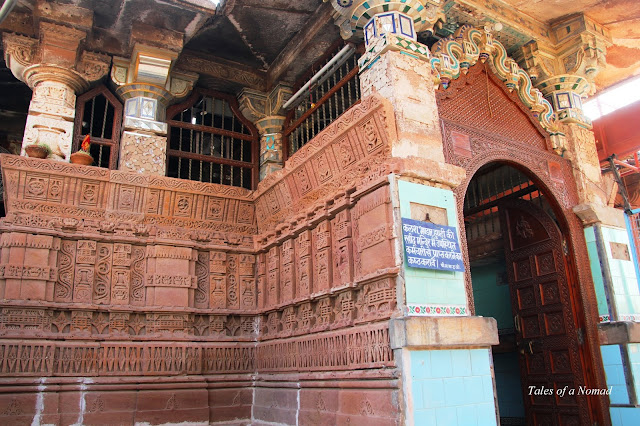 Another living temple in Osian is the Jain temple dedicated to Mahaveera. While the idol is made from mud, milk and a coat of gold, what stands out here are the intricate sculptures and carvings. The temple also has multiple shrines with carvings that depict life stories of various Jain deities. 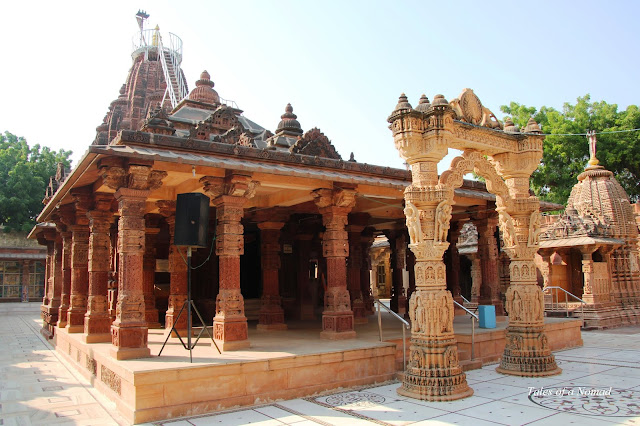 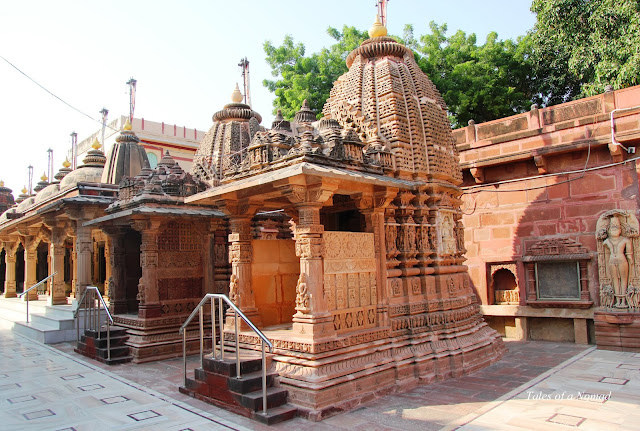 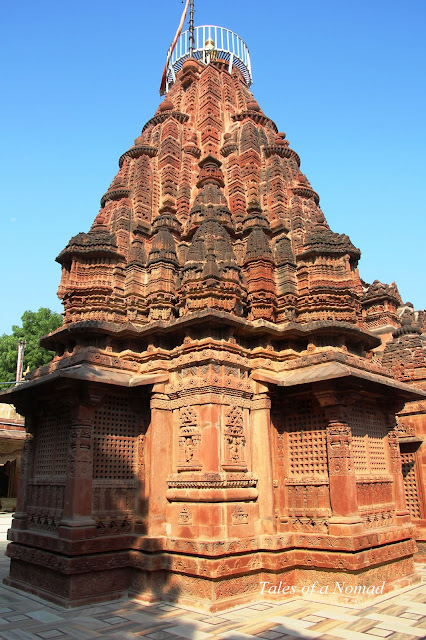 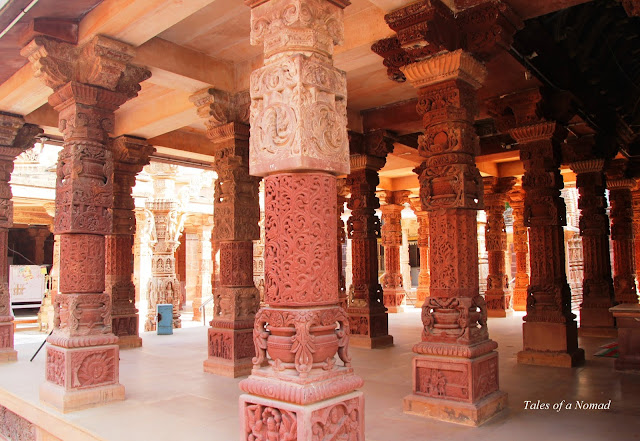 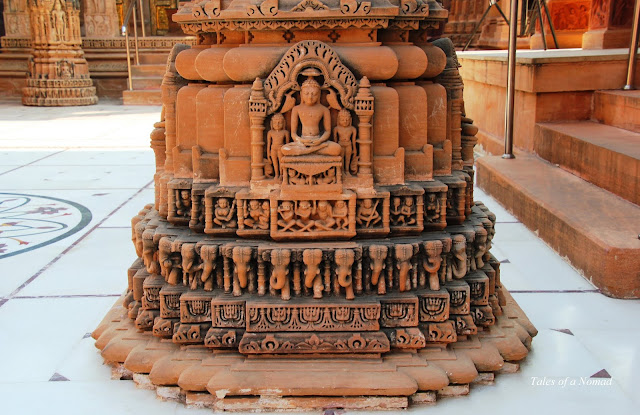 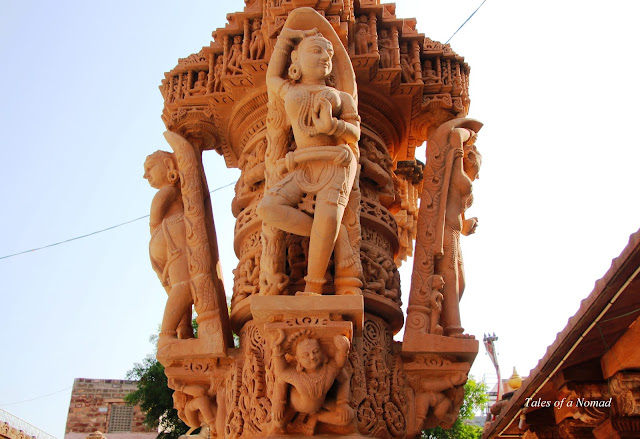 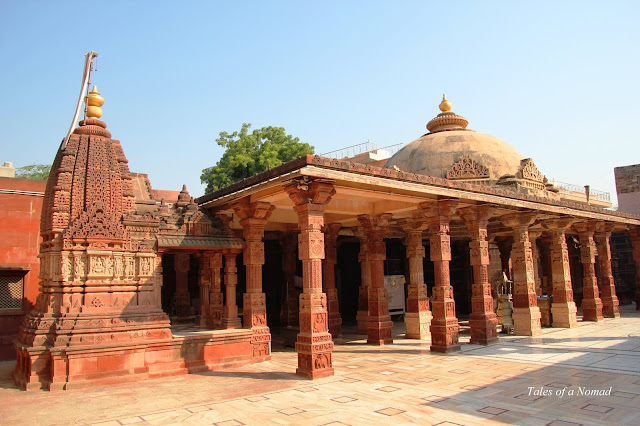 Surya temple dedicated to Sun is another attractive temple in Osian. Built in the 10th century, the temple probably has the most extensive carvings across all temples in Osian. Though the main shrine doesn’t have any idol, there are idols of various Hindu gods sculpted on the outer walls and pillars of the temple. The temple remains in a neglected state. 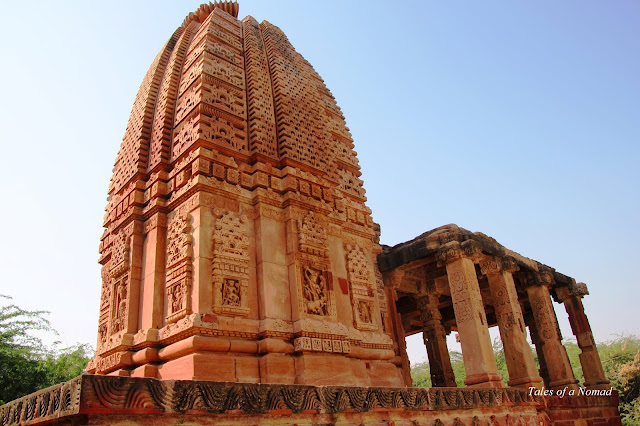 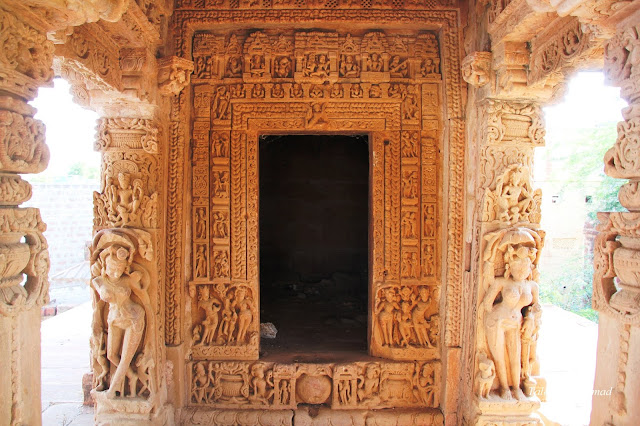 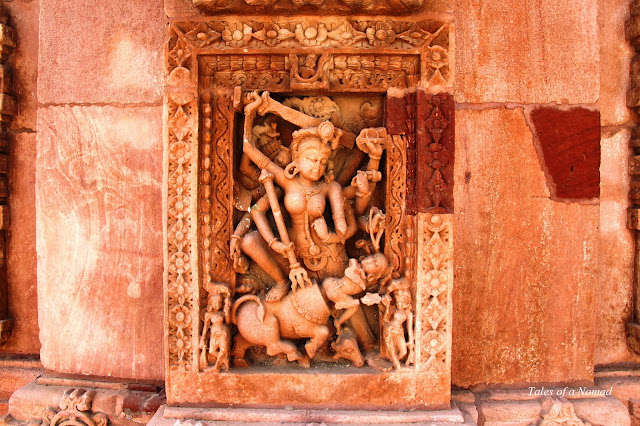 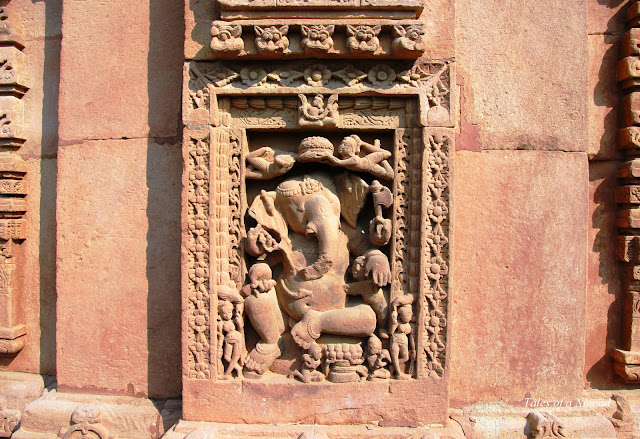 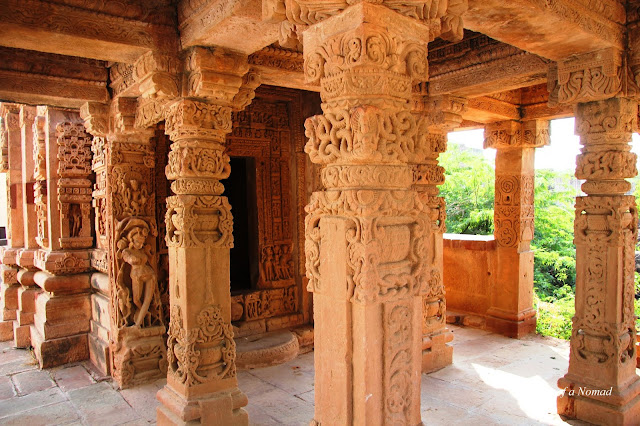 Peepla temple located nearby is similar to Surya temple in architecture with numerous carvings across its exterior. This temple too is devoid of any idol and is shrouded by shrubs. 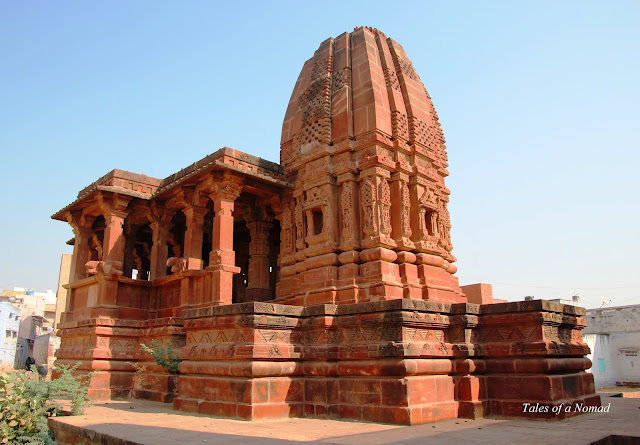 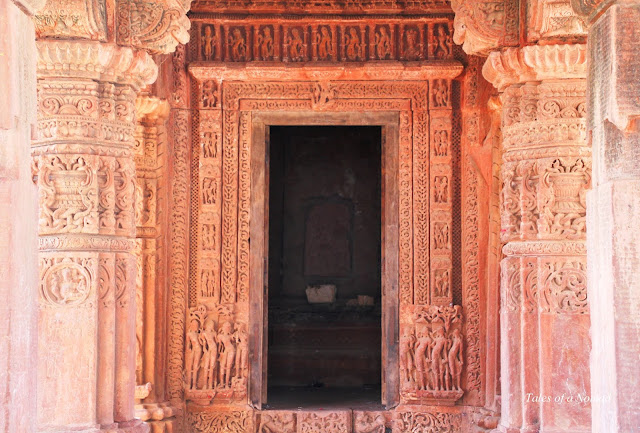 The first set of temples one gets to see upon entering Osian are the Harihara temples which are in a neglected state and remains closed. However, one can go in and gaze at more carvings and stone art. The outer façade of these 8th century temples has lovely works. Another excellent art work can be spotted on the ceiling. 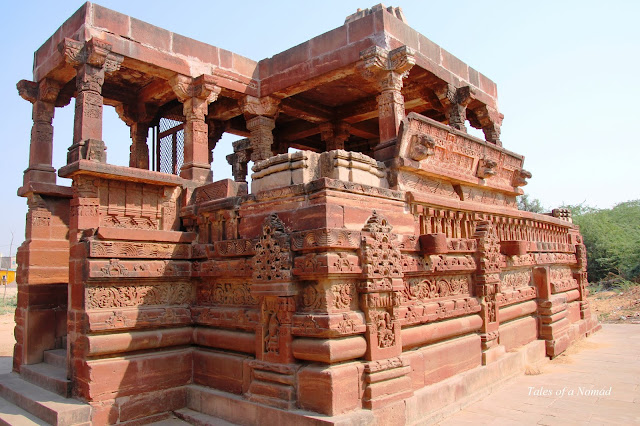 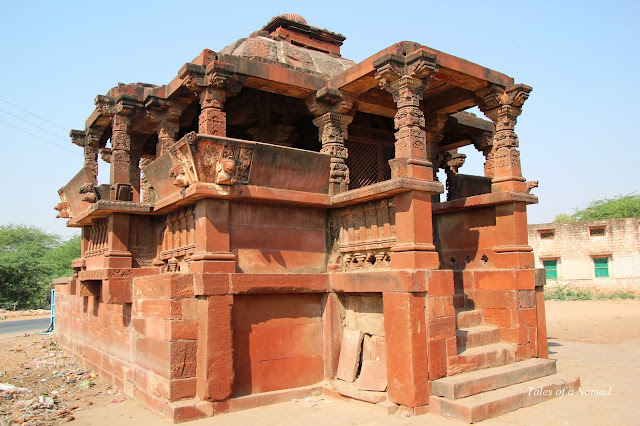 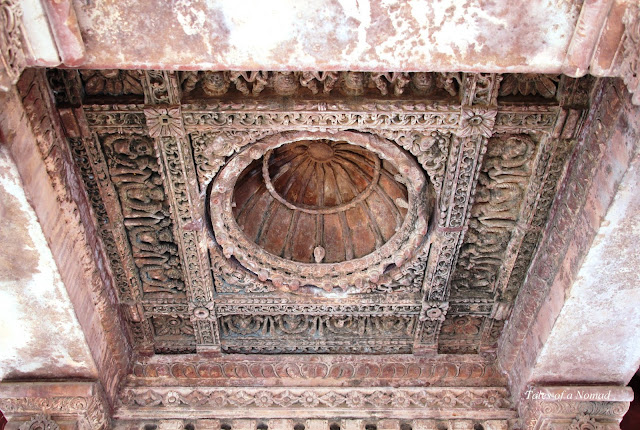 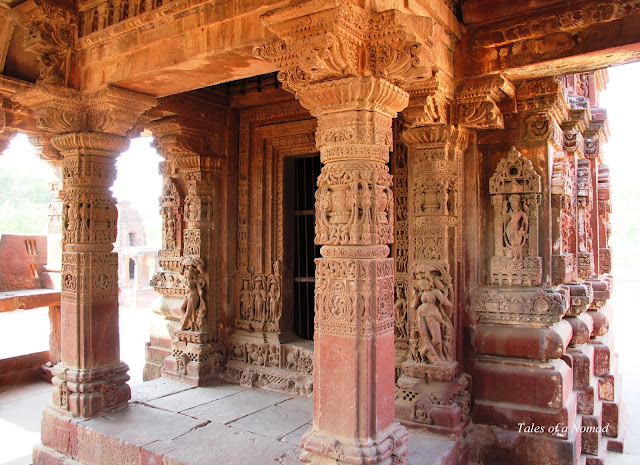 How to reach Osian:

Osian is 68 Kms from Jodhpur, the nearest major city. Jodhpur is well connected to other parts of the country by rail and flights. One can either opt for a taxi or take a bus from Jodhpur to reach Osian.

There are a few small vegetarian restaurants and dhabas near Sacheeya mata temple. Accommodation options are limited and it is recommended to stay at Jodhpur and take a day trip to Osian.