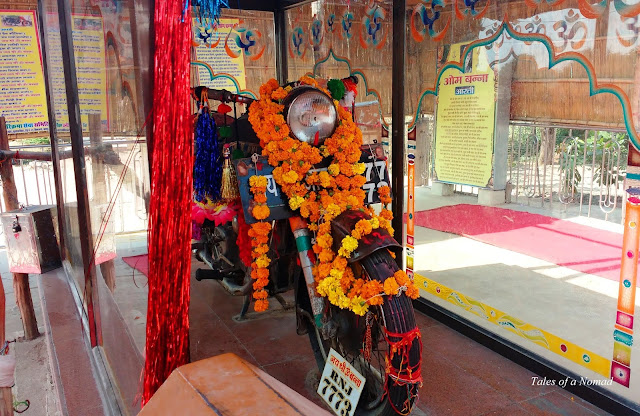 India has always been known over centuries for its culture, heritage and beliefs. The country has numerous shrines and temples dedicated to various deities. One of the interesting temples in India is Om Banna Temple, near Pali in Rajasthan, where the deity is a motorbike. Referred as Bullet temple, the shrine attracts people from surrounding regions and also travellers who are on this stretch between Jodhpur and Udaipur.

The motorbike which has a registration- RNJ 7773 was owned by Om Singh Rathore or Om Banna. In early 1990s he met with an accident and died on the spot, while the motorbike fell into a nearby ditch. Next day the police took the bike away to the station for further enquiries. Surprisingly, the next morning, the bike went missing from the police station and was found at the place of accident. Though the authorities took it back to the station and emptied the fuel, the same sequence was repeated again for a couple of days and the motorbike returned to the spot of accident every morning. Locals found this to be mysterious and the news spread that the bike had magical and spiritual powers. A temple was built to worship the bike and has ever since been quite popular with locals and people from neighbouring villages. Travellers and tourists too stop here to pay obeisance to this unique shrine. 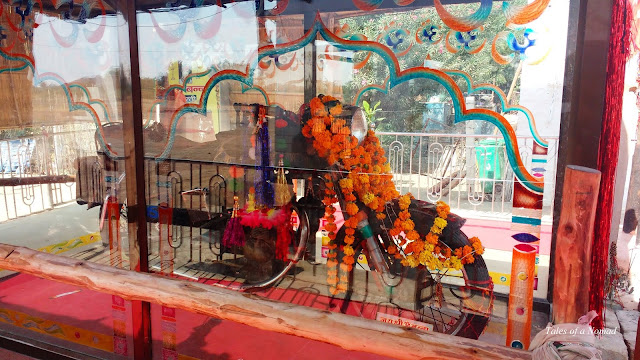 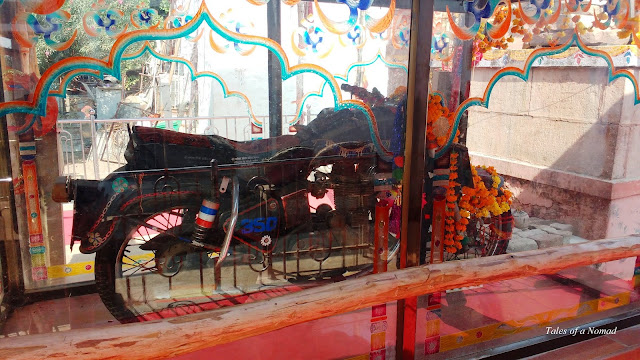 Presently the motorbike is encased in a glass box and is a popular attraction for travellers apart from being a shrine. Visitors offer flowers, red threads, incense sticks and coconuts to get blessings. Some even offer small bottles of alcohol. It is believed that people who pray here have a safe journey on their way ahead.

The temple is located 23 kms from Pali and 46 Kms from Jodhpur.