Ajmer: Dargah and Beyond 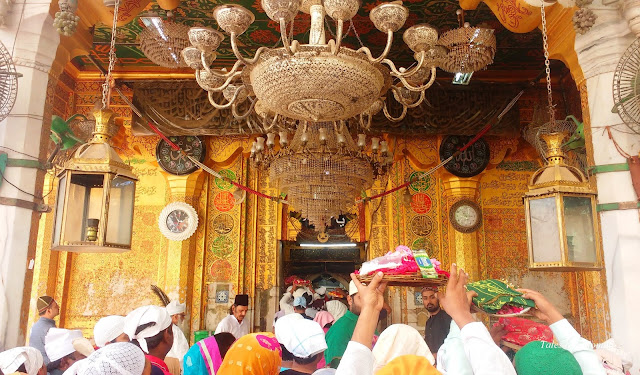 The namaz (prayer time) was over and the road which until that moment was filled with people offering prayers, eased up a little. I still had to rub shoulders and make my way through the crowded road that led to the shrine. I went past numerous shops and stalls selling myriad items such as flowers, caps, fabrics, snacks, sweets, tea etc. A waft of the fresh flowers and incense sticks from the shops took me further ahead to the entrance of Dargah Sharif in Ajmer. While I visited the Dargah as a curious traveller, people around me were there due to their faith in Khwaja Moinuddin Chishti. 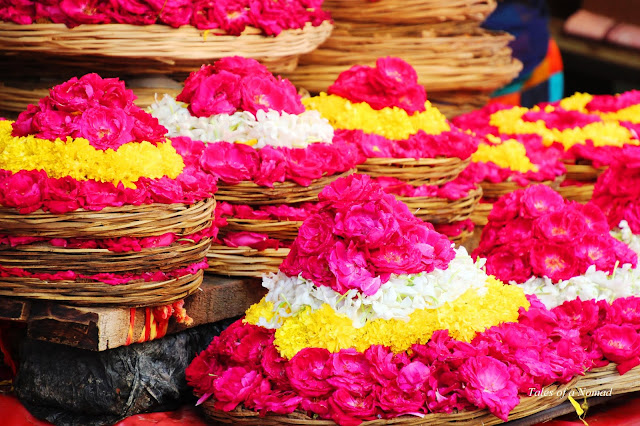 The city of Ajmer in Rajasthan was earlier known as Ajayameru during the rule of Prithviraj Chauhan. In the 12th century he was defeated by Muhammad Ghori, who took over the region. Ajmer later came under the Mughal rule of Akbar in the 16th century. Despite its history and rulers, Ajmer has for long been popular for Dargah Sharif, which is the resting place of Khwaja Moinudeen Chishti, a sufi saint from the 12th century. Also known as Hazrat Khwaja Garib Nawaz (refers to helper of the poor), the saint was a popular figure in the world of Sufism and was a well travelled preacher. He was a follower of a Chishti saint and came to Ajmer in late 12th century. The revered saint had numerous followers including the Mughal emperors. His death anniversary is celebrated as 'Urs', and pilgrims throng the Dargah to pay obeisance at the grave of Khwaja Moinudeen Chishti during that time.

The Dargah complex which has an intimidating entrance gate, houses quite a few structures such as Akbari masjid, Buland Darwaza, Mehfil Khana, Langara Khana, Sandal Khana Masjid, tomb of Khwaja’s daughter etc.  Jami masjid built by Mughal emperor Shah Jahan in white marble is also located near these structures. Qawwali, which is a form of Sufi music, can often be seen performed inside the complex. The outer walls of the inner sanctum and ceiling are adorned with gorgeous designs and patterns. The shrine was first built by Mohammad Bin Tughlaq in 14th century and the surrounding structures were added later by various rulers. 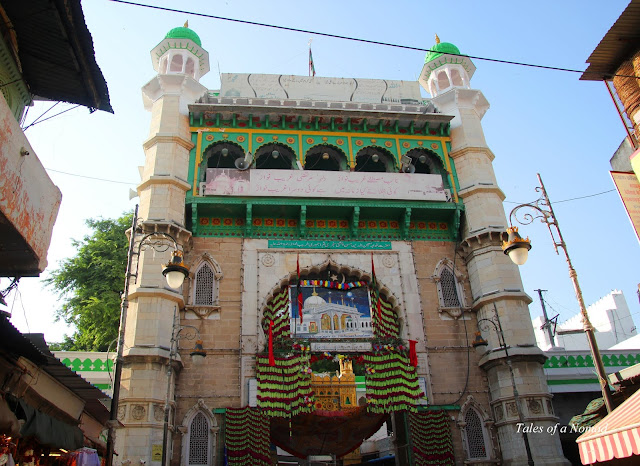 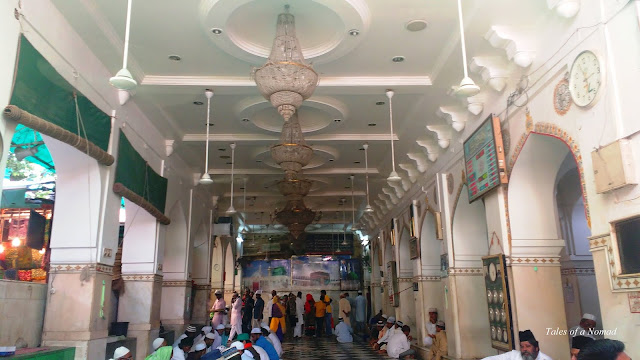 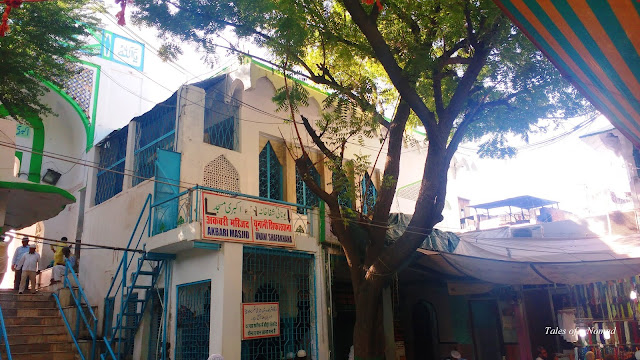 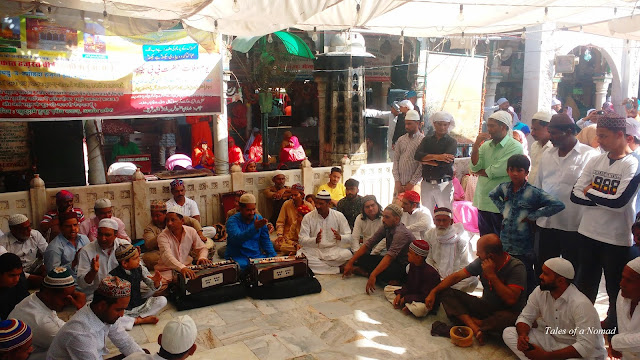 Adjacent to the shrine, a narrow alley leads its way up to Adhai Din Ka Jhonpra, which is a 12th century structure with intricate carvings on the outer façade, pillars and ceiling. Built by Qutub-uddin Aibak, it was completed by Iltumish. The seven arched structure has a blend of Hindu and Islamic designs, motifs and carvings. It was earlier a Sanskrit college which was converted into a mosque by Qutub-uddin Aibak. 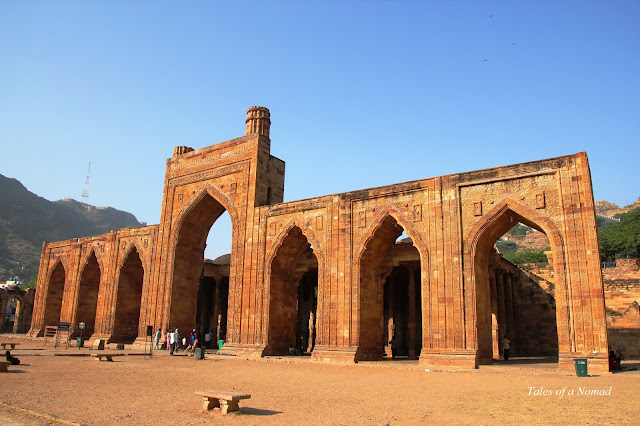 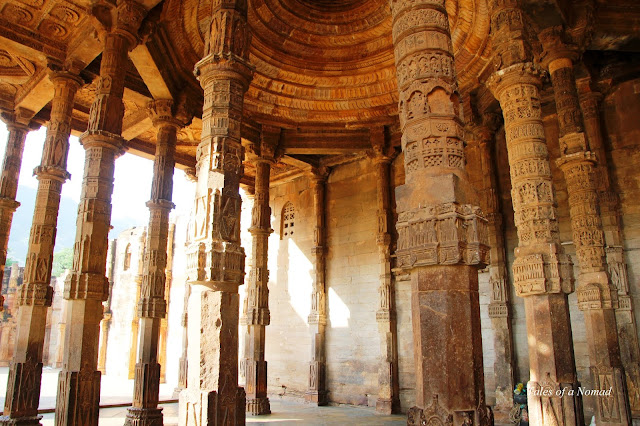 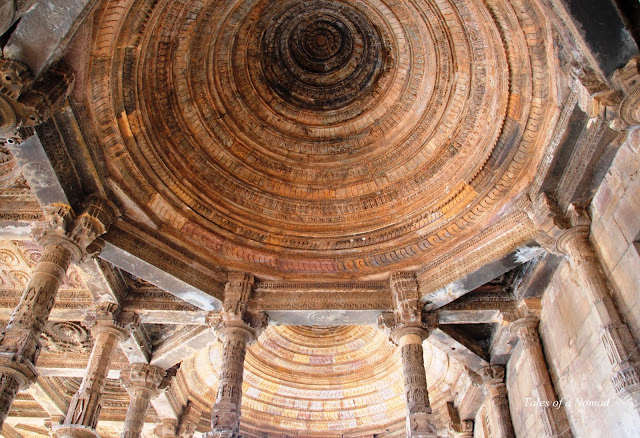 Away from Dargah Sharif, Soniji Ki Nasiyan is a Jain temple built in mid 19th century with a magnificent red coloured entrance gate. Beyond the entrance gate is a tall mahastambha and then it leads to the inner sanctum of the temple with numerous sculptures of various Jain thirthankaras. The temple also houses a model of the Jain concept of universe made of gold. The numerous miniature models of palaces, chariots, animals and human figures from Jainism look quite impressive. 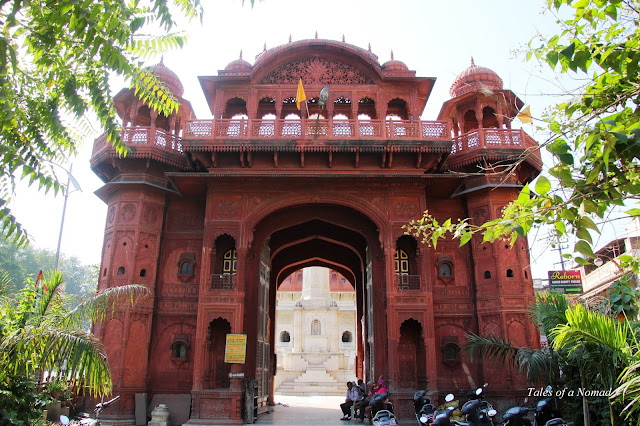 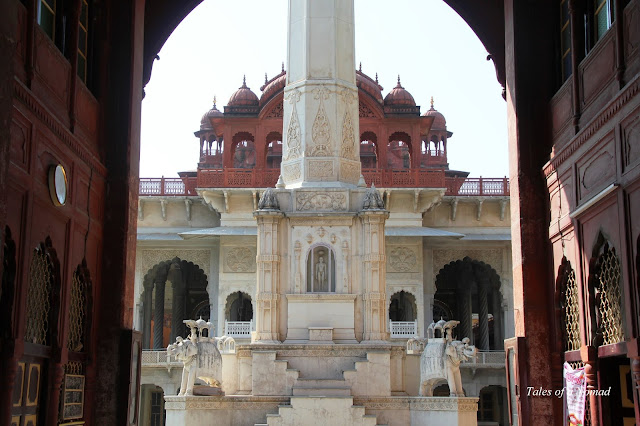 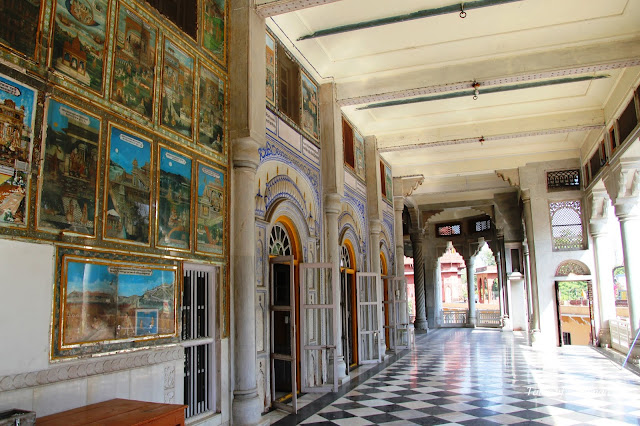 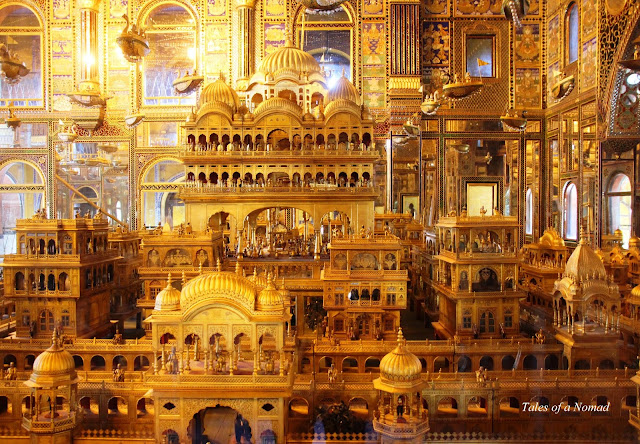 Ana Sagar is a large lake at the centre of Ajmer which is a major attraction. The 12th century water body is engulfed by Aravalli hills and offers lovely views of the surroundings. The lake also has two gardens- Daulat Bagh and Subash bagh along its banks. A bit away is another artificial water body, Foy Sagar which was built in late 19th century, which too has a beautiful backdrop of the hills. 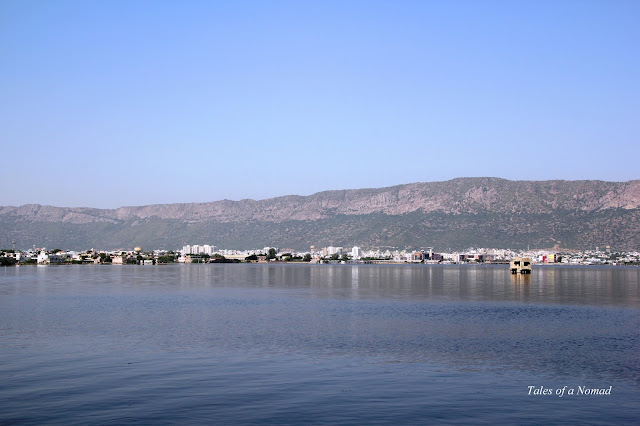 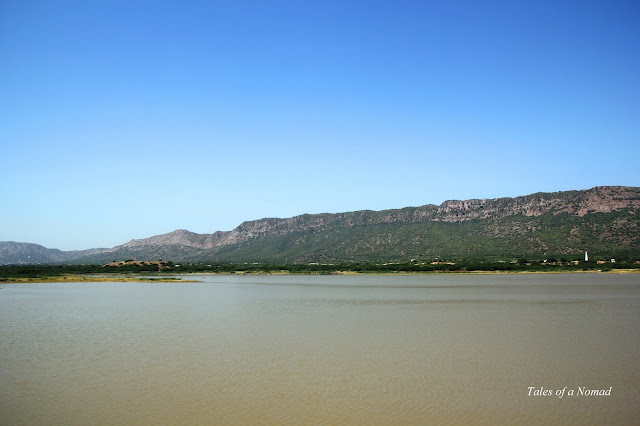 Taragarh fort which is a hill fort was built by Chauhan dynasty overlooks the town of Ajmer and is one of the other attractions with its majestic views.  Though the display isn’t very impressive, Akbari fort and museum is a gorgeous structure built in typical mughal architecture by Akbar, and is well worth a visit while in Ajmer. 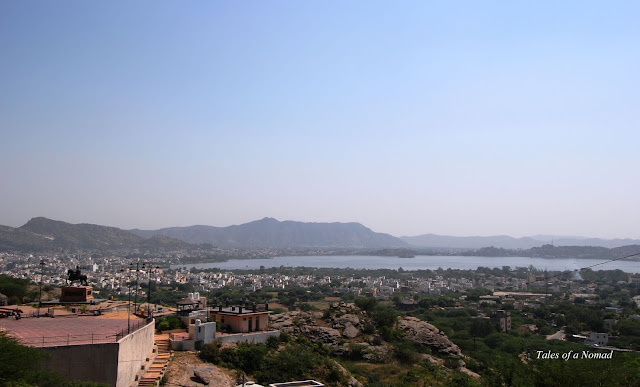 How to reach Ajmer:

Ajmer is 131 Kms from Jaipur and 15 Kms from Pushkar. The nearest major airport is in Jaipur. Ajmer railway station is well connected to Jaipur, New Delhi and Ahmedabad with frequent trains.

Food and Accommodation in Ajmer:

There are numerous food stalls near the Dargah, some of which serve delicious biriyani. There are also numerous restaurants outside this area. Ajmer has a wide range of hotels catering to various budgets.
Posted by R Niranjan Das at 10:44 AM