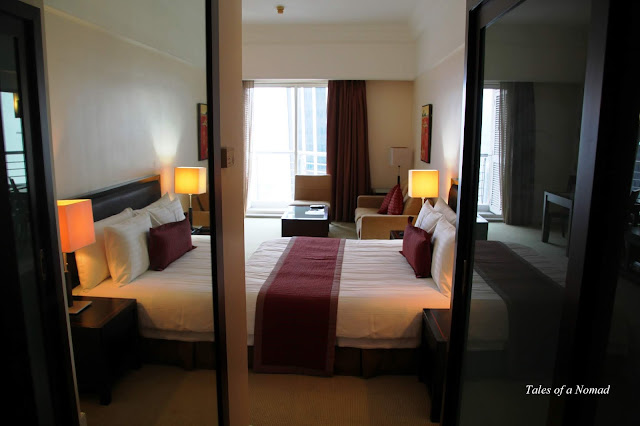 Amidst the skyscrapers of Kuala Lumpur stands tall PNB Perdana Hotel & Suites On The Park, a 4 star contemporary hotel with all the modern amenities suited for both business travellers and families. Owned by Permodalan Nasional Berhad (PNB), Perdana Hotel & Suites On The Park was opened in the year 2000 and is located in the heart of the city of Kuala Lumpur. While the world renowned Petronas twin towers and Suria KLCC is a short walk away, other shopping avenues such as Pavilion, Lot 10, Bintang Walk too are close by. The presence of many business parks, commercial centres and an easy access to LTRT Ampang Park Station, makes this hotel an ideal one for people who are travelling for leisure as well as for work. 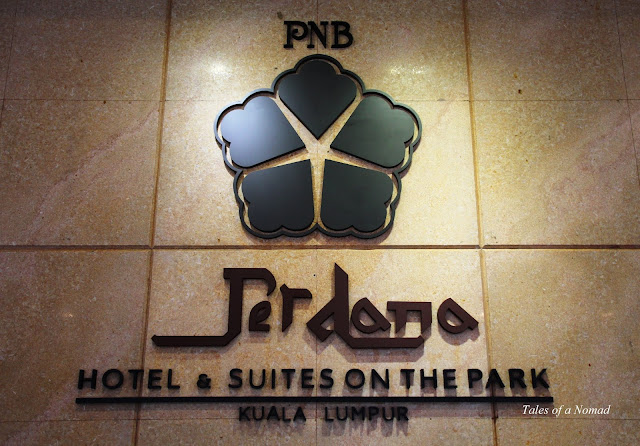 The hotel is known for its urbane ambiance with plush furnishings and all the modern facilities. There are 338 well equipped rooms that the hotel has and all of them come with a work station, living & dining space and a kitchenette. The suites that the hotel offers are 1 bedroom studio,2 bedroom deluxe and premier, 3 bedroom suite and 4 bedroom lifestyle residence. The tariff ranges from RM 1,000 to RM 17,400. 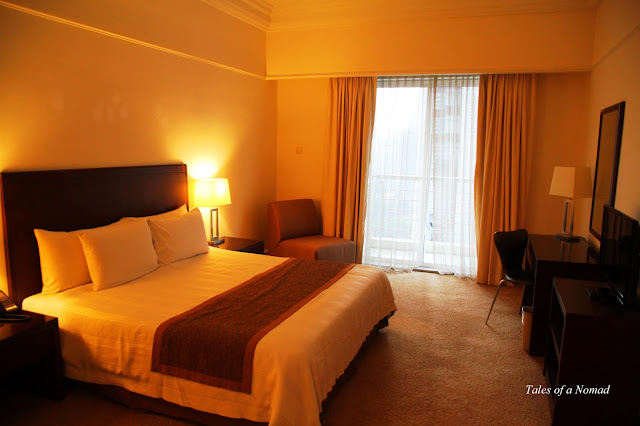 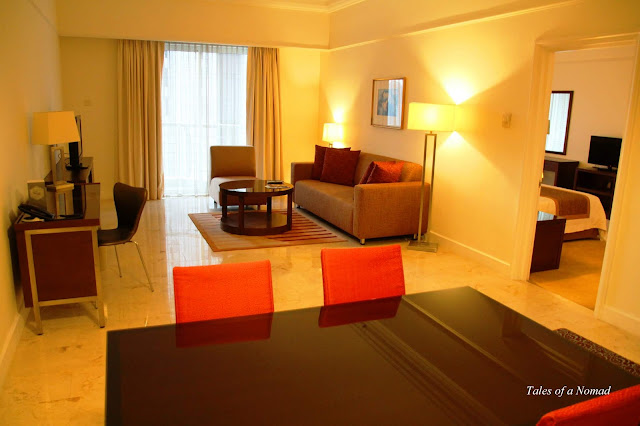 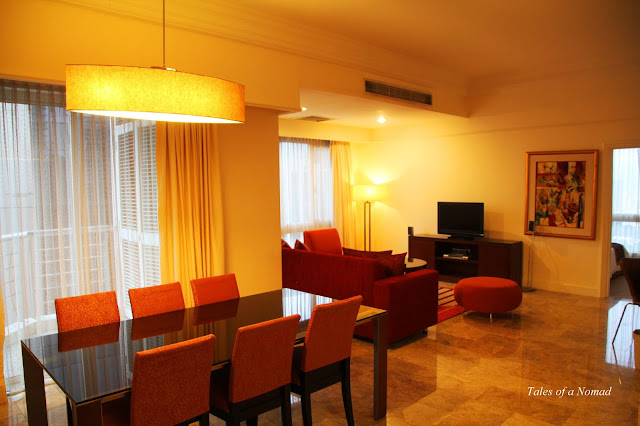 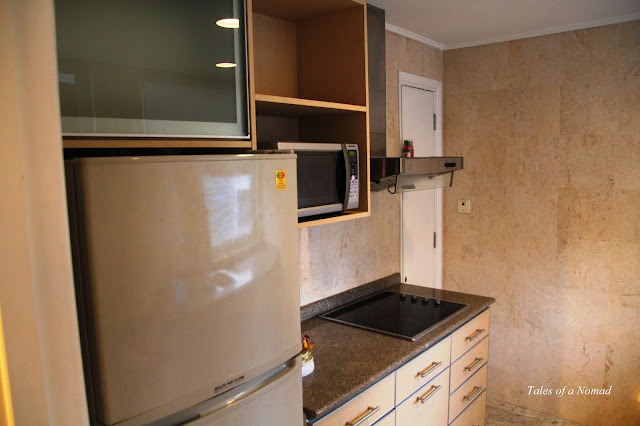 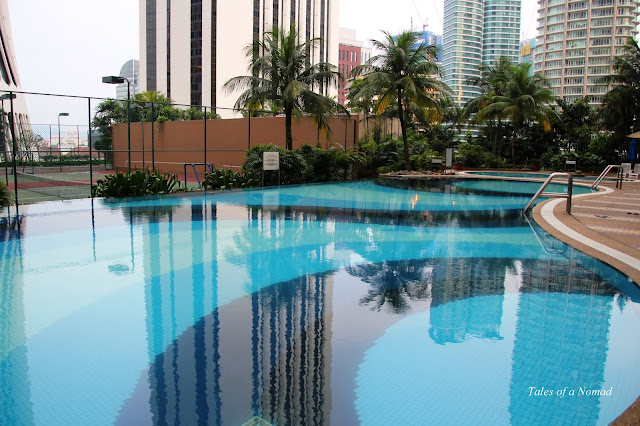 To cater to the requirements of various nationalities who visit Perdana Hotel from world over, the hotel has two Food & Beverages outlets- 10 Binjai Restaurant and The 39 Restaurant. While 10 Bimjai offers a host of local and international cuisines, The 39 on the 39th floor is known for its Malay cuisine. The 39 also offers magnificent view of the cityscape of Kuala Lumpur and guests can dine both indoor and outdoor. 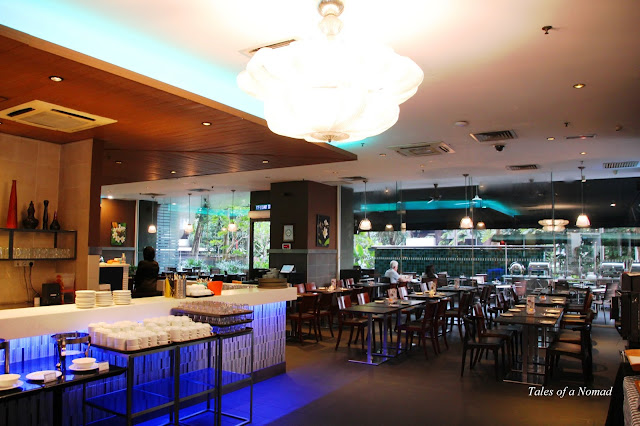 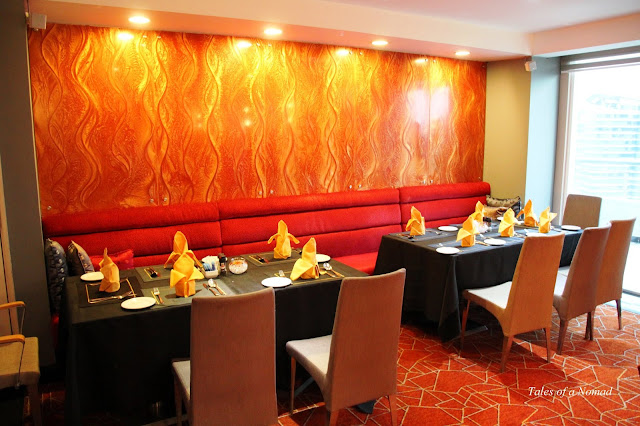 PNB Perdana Hotel & Suites On The Park has received certifications such as ISO 9001-2000, MS 9001:2005 (QMS), MS 9001:2014 (QMS) by SIRIM QAS etc. The hotel also has won numerous awards and accolades of which a few are ‘The Best Hotel 2006’ from The Malay Mail, ‘The Best Service Apartment 2006/07’ from The Expatriate & Lifestyle Magazine, ‘Best Hotel Apartment’ by LIBUR Tourism awards in 2009 and #1 Serviced Residences in Malaysia in 2015 by Maverick Media. The 39 Restaurant also has received numerous awards including ‘Best Restaurant 2008’ by LIBUR Tourism Awards, ‘Top 5 Most Creative Asian Cuisine Chef’ from Hospitality Asia Platinum Awards 2008-10, ‘Best Restaurant 2010’ and ‘Best Restaurant 2015’ by Malaysia Tatler.

Location is definitely the a major attraction of PNB Perdana Hotel & Suites On The Park with many commercial centres nearby. I stayed in a 1 bedroom studio which was a spacious one with extremely comfortable beds, a kitchenette, a living space and a balcony overlooking the skyscrapers. Both the room and bath have been exceptionally maintained to match up to the world standards of a 4 star hotel. Apart from the surveillance cameras in the lobbies, they have taken security measures a step higher by making sure that a person can operate elevators only by using their room keys (cards). Though I couldn’t experience their recreational facilities much due to lack of time, their restaurants more than made up for it. While the breakfast at 10 Binjai was delicious and had a huge spread of both continental and local delights, dinner at The 39 restaurant was absolutely a memorable gastronomical experience. Sup ikan merah Bersama Halia (red snapper in turmeric broth soup), Ayam golekkuah percik (roasted chicken with lemongrass ginger gravey), Lamb shoulder curry (braised lamb in coconut gravy), Ikan kerapu cili hejau (crispy fried grouper) and Vegetable pakoras with steamed white rice were delightful and a great insight into Malay culinary. The highlight however was the dessert- Sago gula Melaka (sago in cocnut cream and palm sugar), which was absolutely delicious. Apart from the excellent food, the outdoor seating of the restaurant also offered breathtaking views of the city skyline. 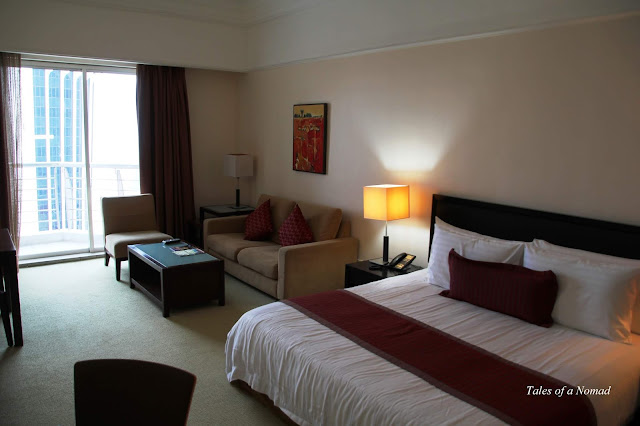 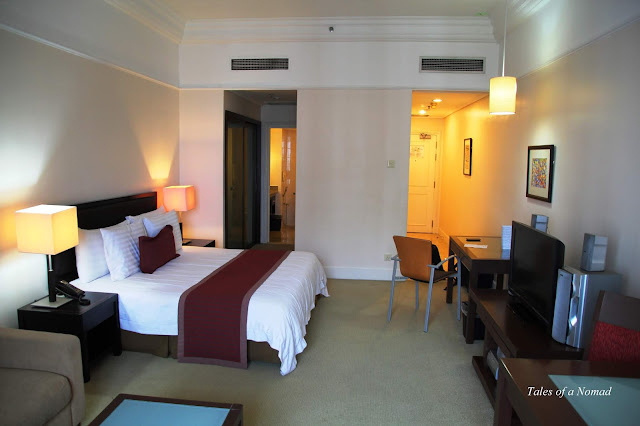 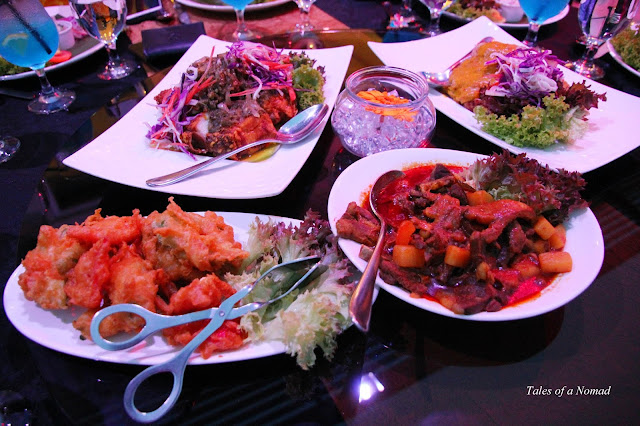 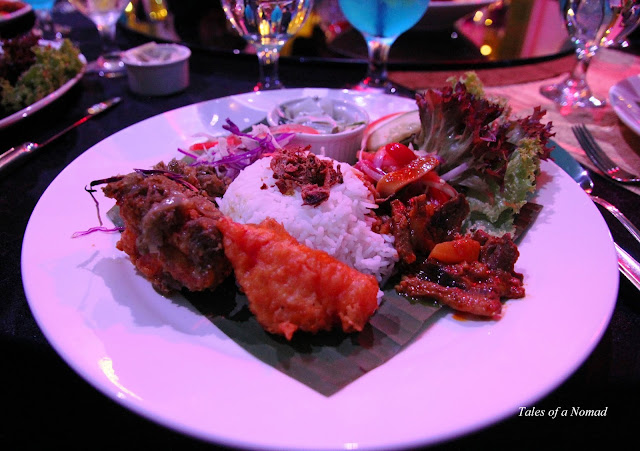 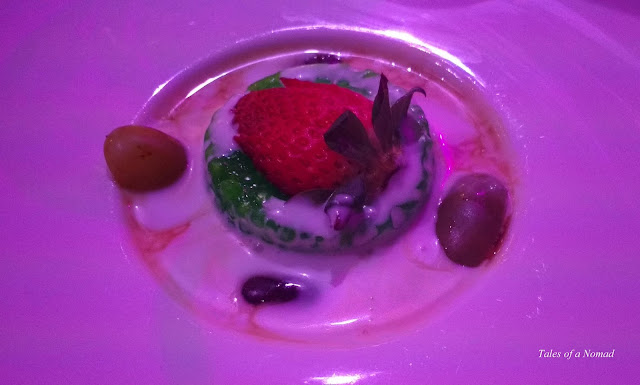 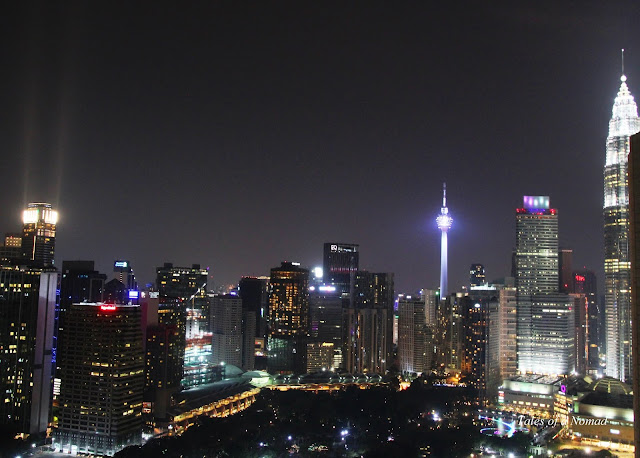 P.S.: I was hosted by PNB Perdana Hotel & Suites On The Park on an invitation from Malaysia Tourism board, but opinions are completely mine.
Posted by R Niranjan Das at 9:31 AM