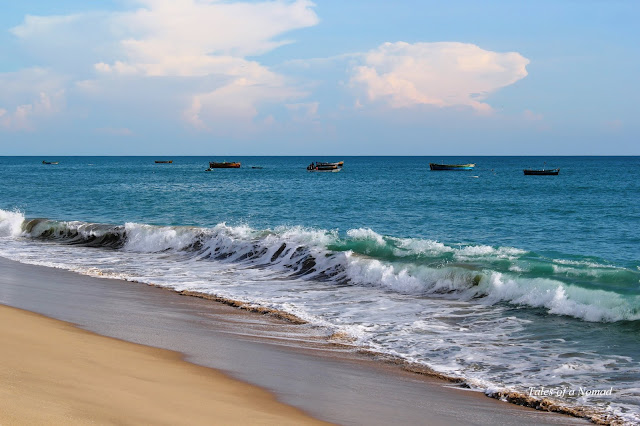 The crumbling structures, the people, the sands, the waves- they all tell you the same horrific story of the night of 1964 when Dhanushkodi, a flourishing sea side town was washed away by a cyclone and turned into a ghost town overnight. A walk around this fishing hamlet reveals the aftermath of the fateful December night when more than 1800 people died. Declared unfit for living, Dhanushkodi was again hit during the tsunami in 2004, but still survived to tell another tale. Located 19 Kms from Rameshwaram and 27 Kms from Talaimannar in Srilanka, Dhanushkodi is the last stretch of land across Pamban bridge which connects with mainland India. Outstretching into the Bay of Bengal, Dhanushkodi borders the Gulf of Mannar, and Arichalmunai which is a further 4 Kms is the last point in India, beyond which lies the submerged Adam’s bridge or Ram Sethu connecting Sri Lanka.

The long road from Rameshwaram gets deserted after the initial few kilometers and then the backwaters of Bay Bengal accompany you all the way. The road is well laid out all the way till Dhanushkodi, which wasn’t the scenario two years back. Visitors had to take public jeeps for the last five kilometers of sandy stretch. However, the new road has made the commutation easier for people. There are a couple of thatched shops selling shells and other curios along the stretch from Rameshwaram to Dhanushkodi. Dilapidated structures and abandoned houses appear as you near the ghost town. The remaining structures of the Dhanushkodi railway station which was swept along with more than a 100 people aboard a passenger train pops up just before the town. The station here once had trains running between Dhanushkodi and Chennai. On the right, there are many make shift shops that sell curious, shells, fruits and water to visitors. 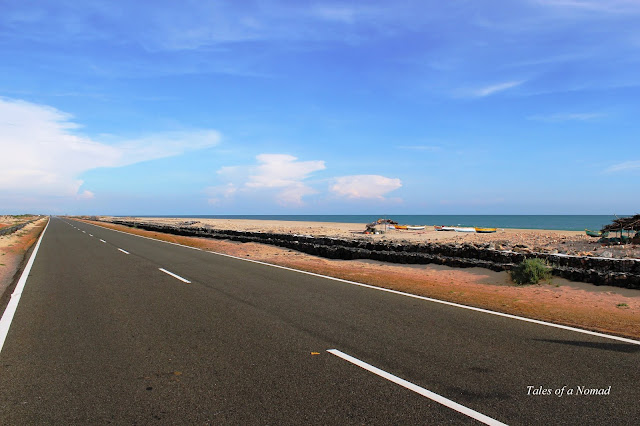 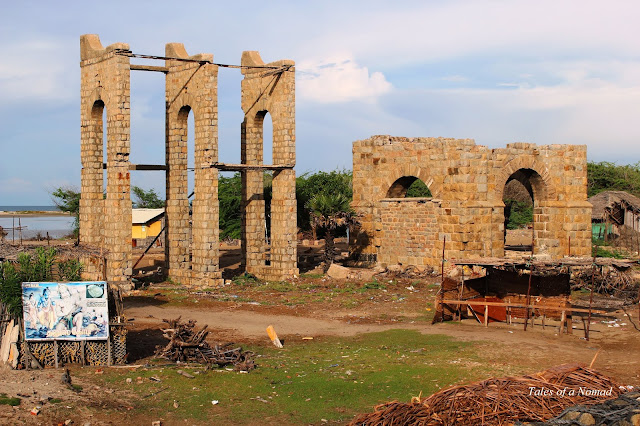 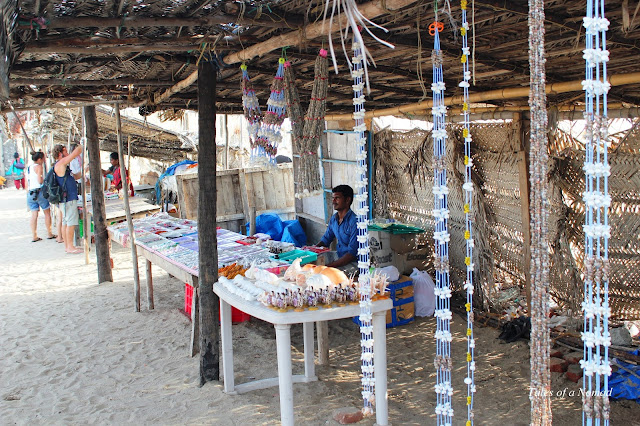 The narrow pathway amidst the shops leads to the beach. Where the shops end stands tall the walls, a couple of arches and the base of altar of a catholic church. Beyond this the sands lead you to the blue sea. A walk along the beach takes you to the remains of more structures and homes that belonged to the people of Dhanushkodi more than half a century ago. The beach gives a tinge of eeriness as you stroll along the shoreline away from the shacks. The waves are pretty strong through the day and the sunset is captivating. All the shop keepers and others head back to Rameshwaram and surrounding areas once the sun sets and only a few fisher folk stay here. 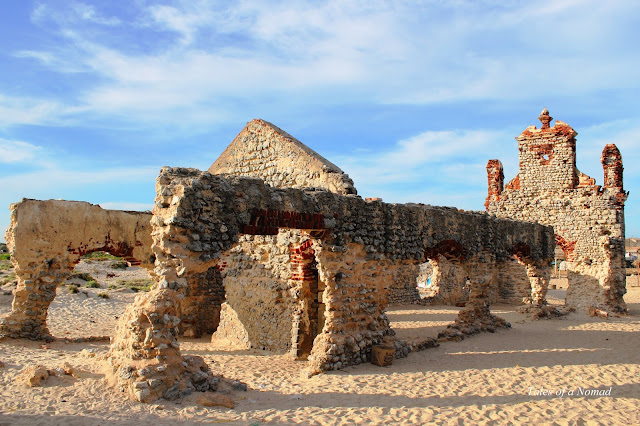 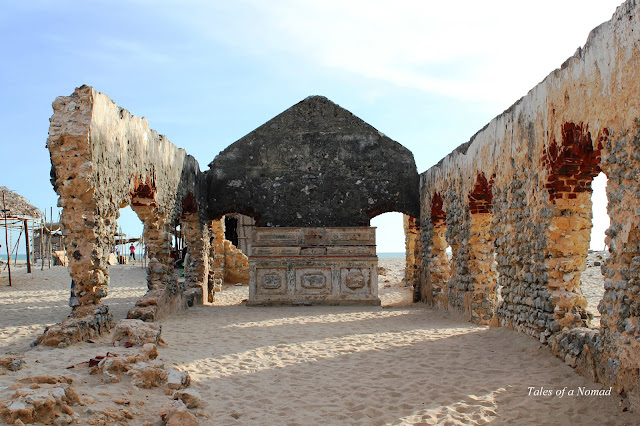 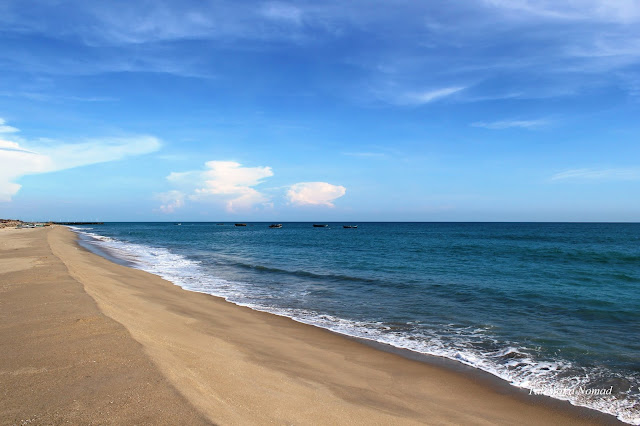 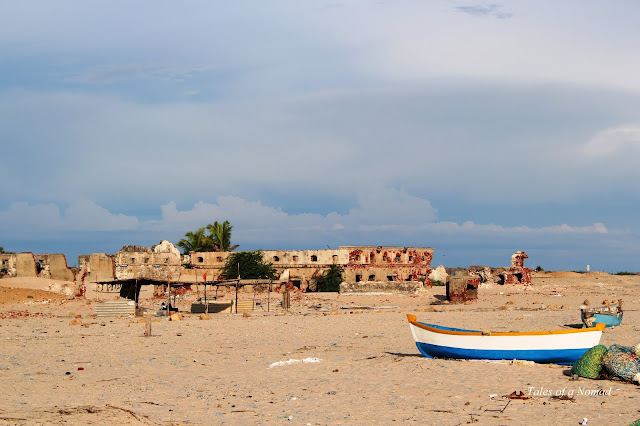 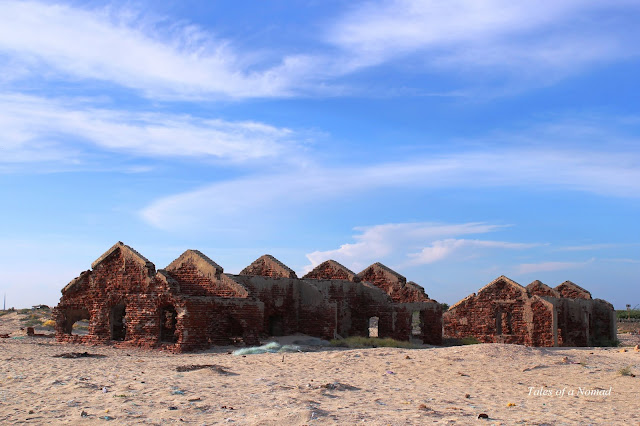 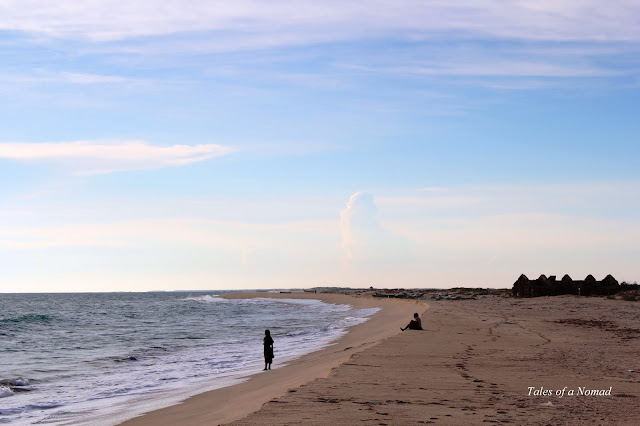 The road from here runs parallel to the sea to Arichalmunai, where a replica of the Ashoka Pillar receives visitors. One can literally see the end of land here and locals say that lights in Talaimannar can be sighted on a clear night. There isn’t much to do in Arichalmunai other than gaze at the tip of India and capture some lovely sunset frames. Coast guards are quite vigilant here and visitors are asked to leave by 6 PM. 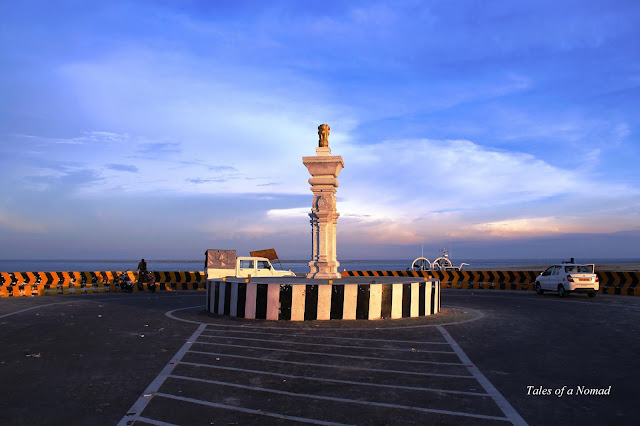 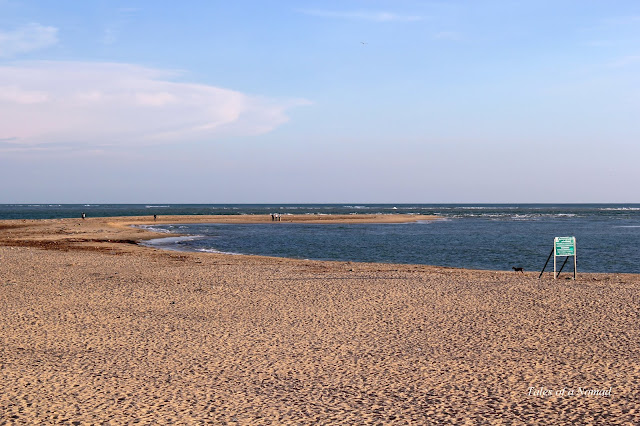 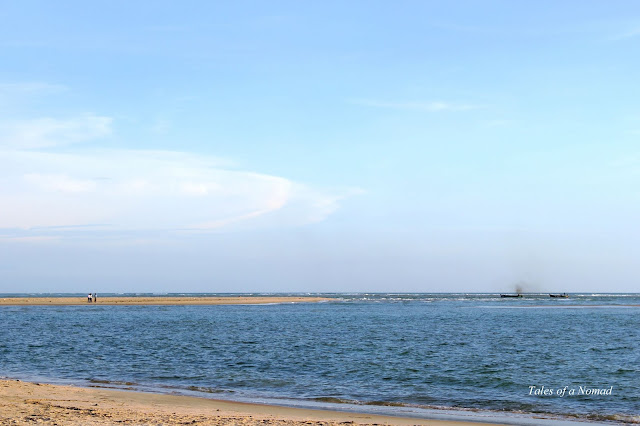 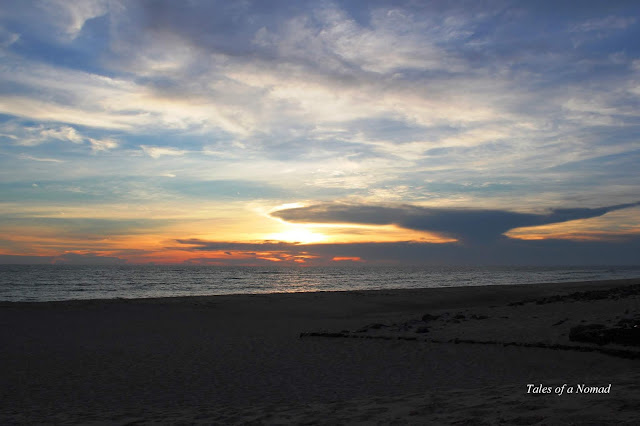 Dhanushkodi is not your typical tourist destination as it doesn’t have much on offer except for the beautiful landscape. However, what it can tell you are many horrifying stories that it has lived through. 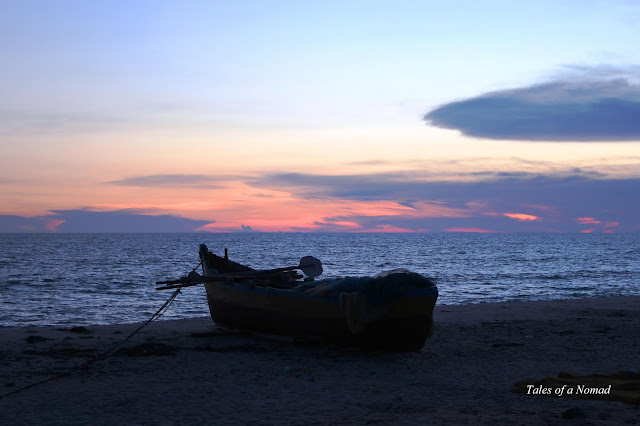 Dhanushkodi  is 29 Kms from Rameshwaram. Autorickshaws can take you to Dhanushkodi from Rameshwaram. However, it is recommended to have your own vehicle if you would like to spend time. The closest railway station is at Rameshwaram and the nearest airport is at Madurai. There are regular buses and trains from Madurai and  Chennai to Rameshwaram.