Paragliding over the Hills and Monasteries of Bir Billing 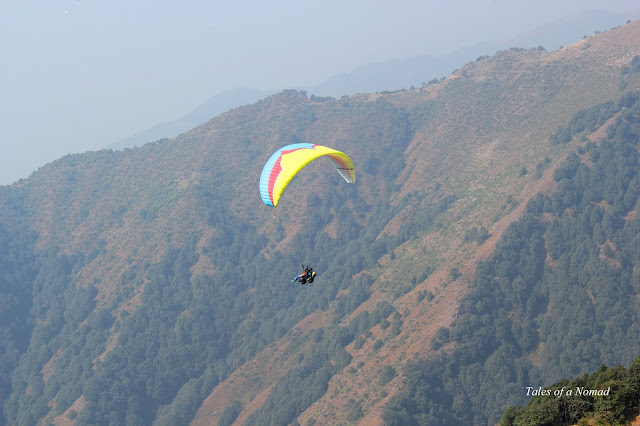 It was a bumpy drive up from Bir to Billing traversing through the pine and oak forests. The 14 Kms stretch took more than half an hour and as we ascended, the excitement grew within me. We had driven all the way to Billing to fly down to Bir. Though I had done paragliding earlier in Naukuchiatal, Bir Billing is one of the prominent spots for this adventure in India and that made it all the more exciting.

Inder from Himtantra, who has been paragliding for more than 10 years, was my pilot for the glide. He also conducts classes for basic, intermediate and advanced courses in paragliding. While Inder was busy getting the parachute and harness ready, I gazed at the numerous paragliders who were either up in the air or getting ready for their flight. They were in large numbers and the colourful parachutes made them seem like tiny birds up in the air. They glided for long balancing themselves in mid air before landing at Bir. 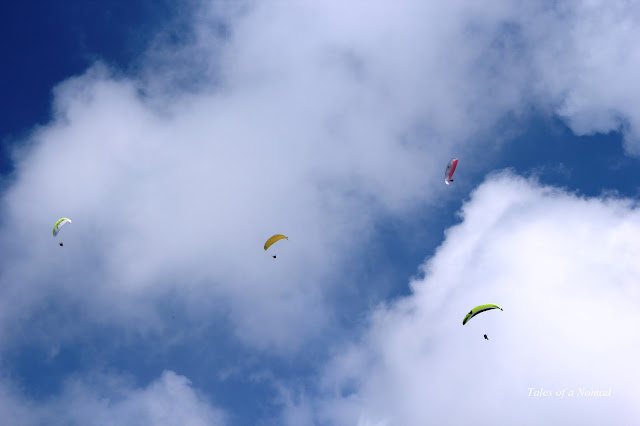 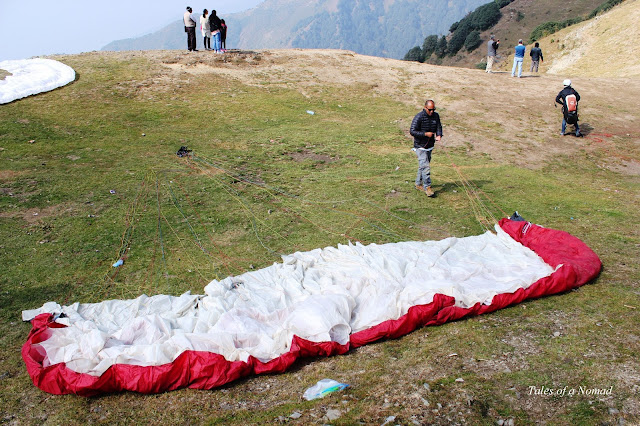 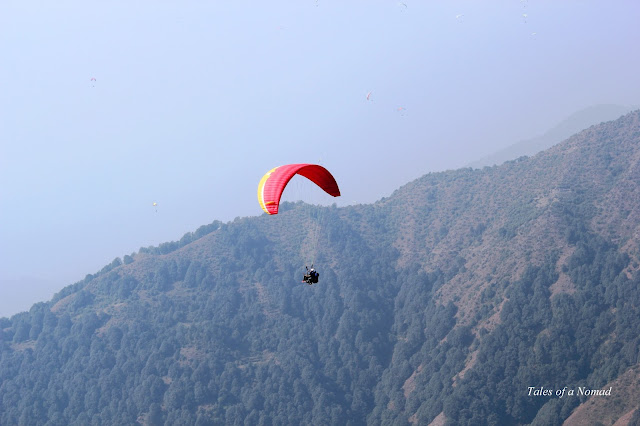 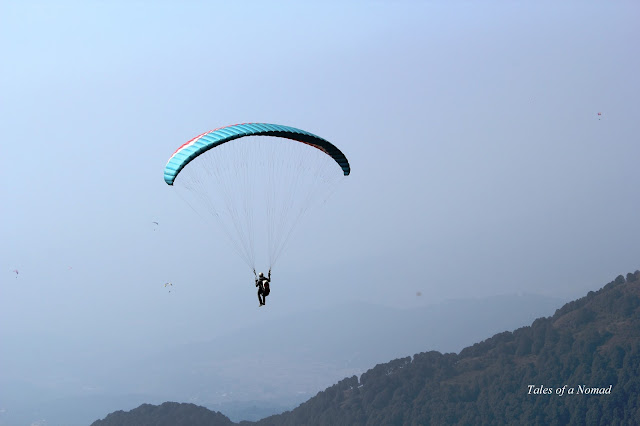 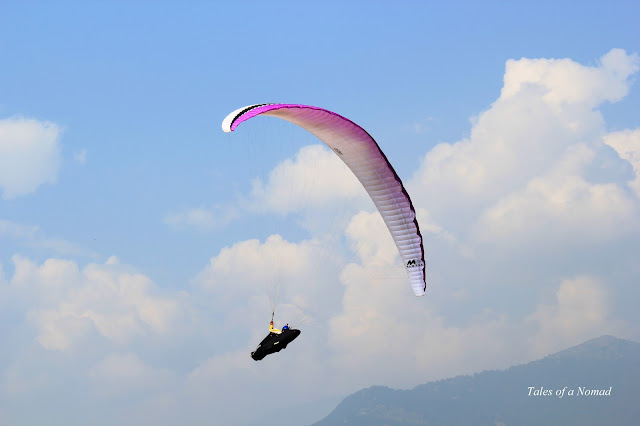 Inder called out and soon I was buckled onto him and was ready to take the instructions. ‘Do not run, just take a few steps’, was all that he told me as he tried to get the parachute up. He repeated the line again and I nodded. Before he could say that a third time, I remember taking two steps and in less than 5 seconds, I couldn't feel the ground beneath me. We too had joined the colourful birds up in the sky. Just relax and enjoy the experience said Inder, as we swayed over 9000 feet high to the tunes of the wind. It was a twenty minute ride with a lungful of fresh air and amazing view of the landscapes. The town of Bir and its monasteries seemed like a tiny speck as we glided over them. We smoothly landed on the open ground at Bir in less than half the time taken to drive up. Apart from paragliding, Himtantra also organizes camping, trekking and a few other adventure activities around Bir. 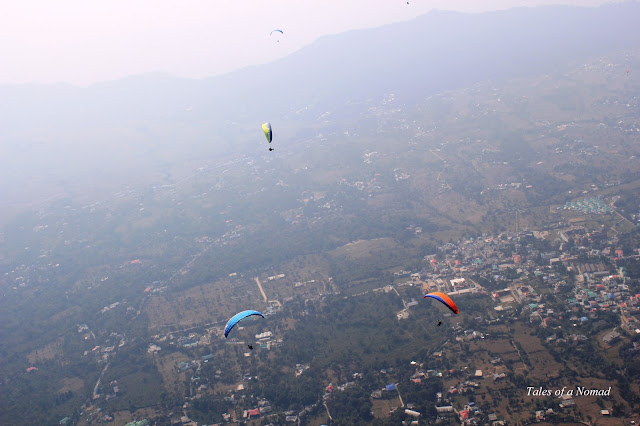 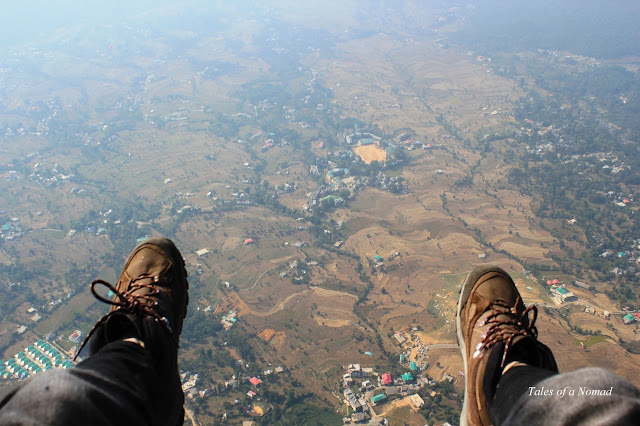 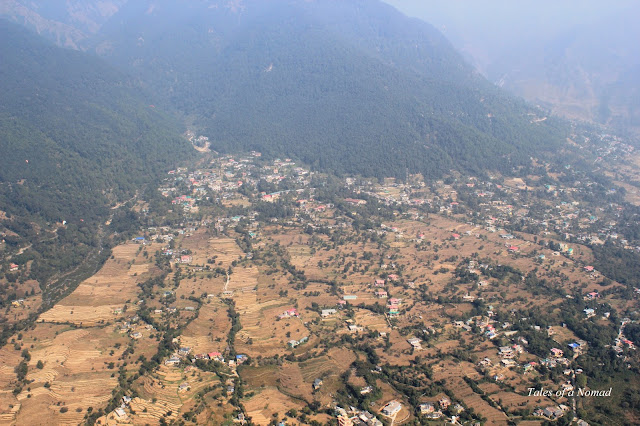 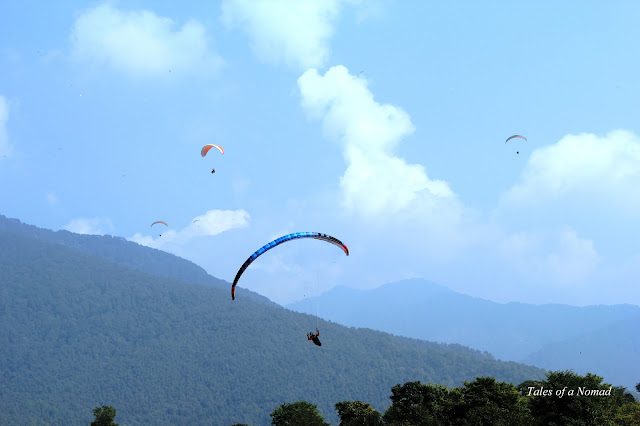 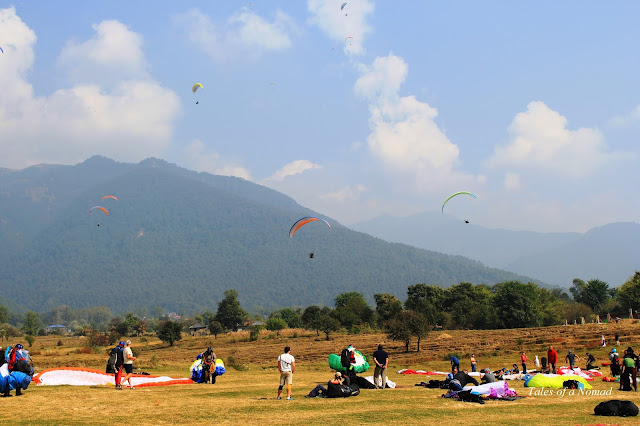 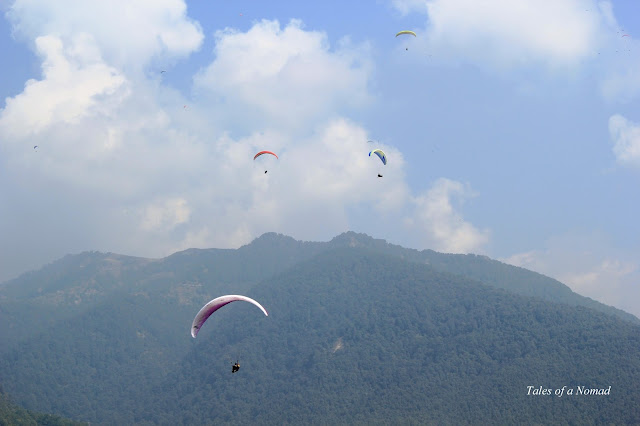 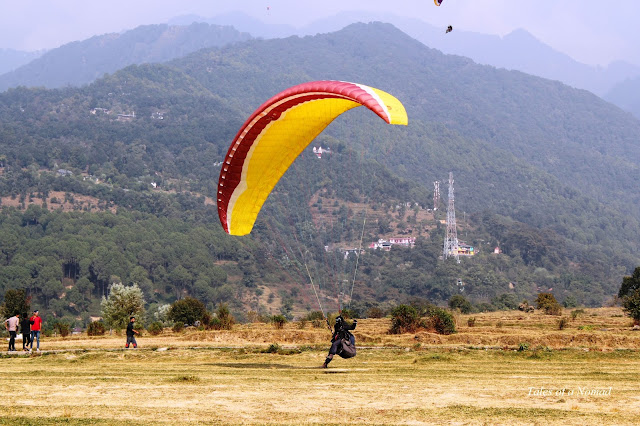 The town of Bir and the surrounding villages have Buddhist settlements and are known for its monasteries and Tibetan restaurants. While Palyul Cheotherling monastery is located in Bir, a short ride away is Palpung Sherabling monastery spread over a hill with its temples, chortens and institutions. Another popular monastery here is Tashijong Khampgar monastery which follows Kagyu sect of Buddhism. 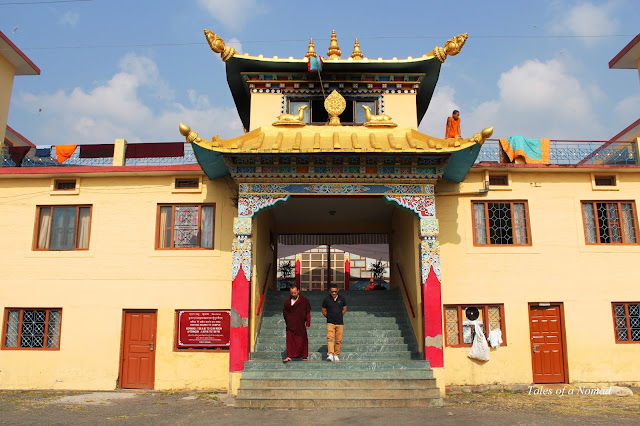 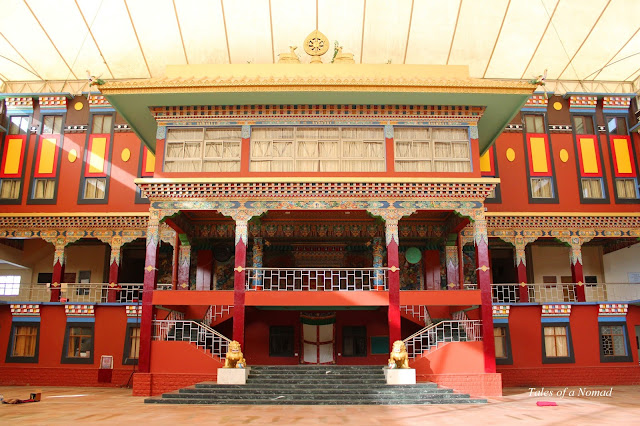 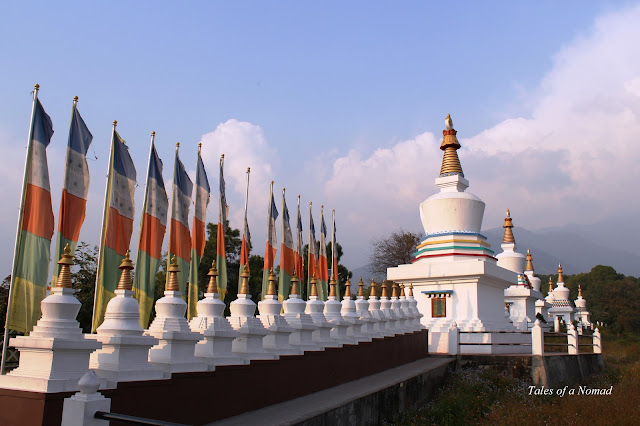 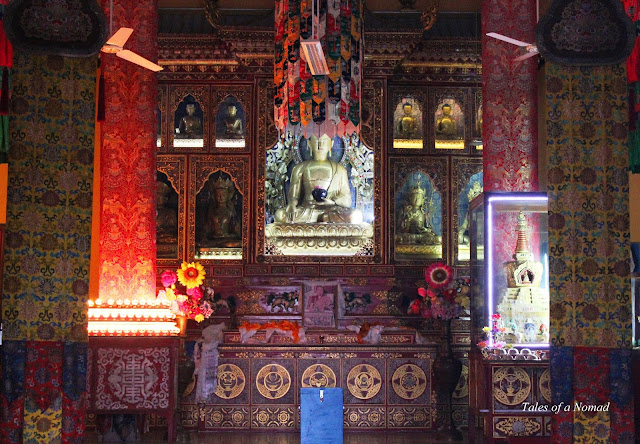 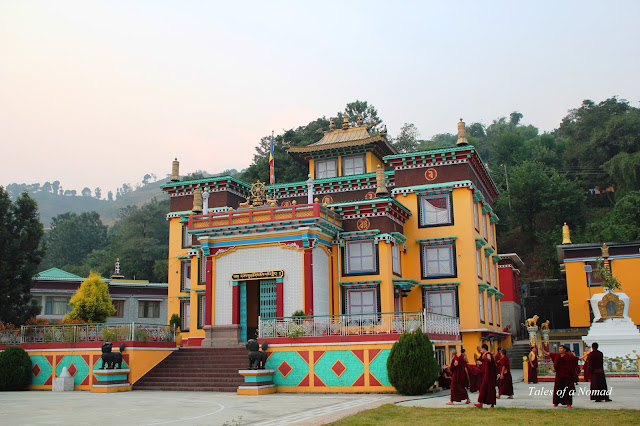 Bir is located in Himachal Pradesh and is 72 Kms from Mcleodganj via Palampur. It is recommended to hire taxis or have your own vehicle to reach Bir and to travel to the monasteries. Though there are buses from Dharamshala to Bir, they aren’t frequent.

Bir has a few cafes and restaurants which serve both Indian and Tibetan fare. There are a few guest houses in Bir town and a couple of camping sites too.