Guhagar- As Pristine As It Gets 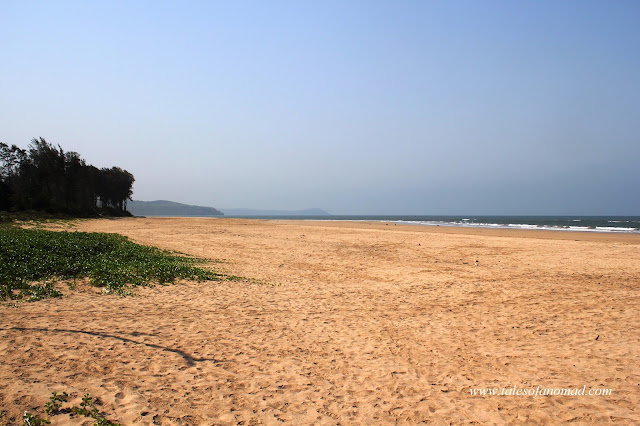 As you travel on the road parallel to Guhagar beach, it seems like this small coastal town forgot to move beyond the 80s. A visit to Guhagar seems like time travelling to the old times when the best connection that humans had was with nature. However, few shops, restaurants and hotels are what make you realize otherwise and get you back to the present age. Though the coming of the Enron project to this tiny fishing hamlet years ago shook its image, the village still encapsulates you with its charming beach and surroundings.

Beyond the casuarinas that separate the village from the beach, are the white sands of Guhagar where the waves thrash itself onto the shore relentlessly.  The beach is all yours especially in the mornings with the sands spreading and blending with the blue sea for a long stretch between the hills on either ends. The casurinas and coconut trees in the backdrop cut it away from the main road making this endless sandy beach an absolutely serene one. There are absolutely no shops or a shack on the beach and that makes sure that the beach remains pristine. How I wish all beaches could take up such an initiative. There are no water sports here, which is another great rule that helps to maintain the beach. However, camel rides are on offer in the evenings when the crowd strolls around. Wyadeshwar Shiva temple located in the centre of Guhagar and a few meters away from the beach is the other attraction which brings people here. 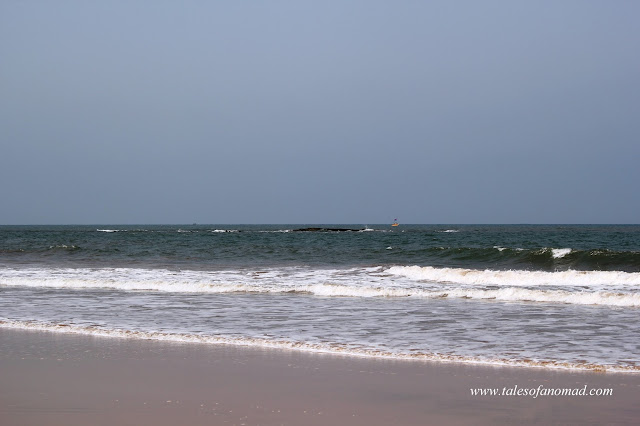 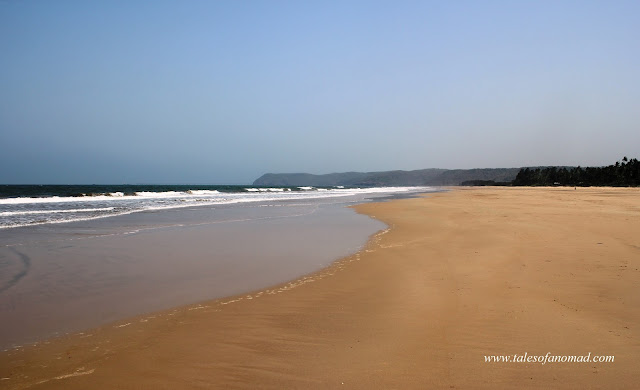 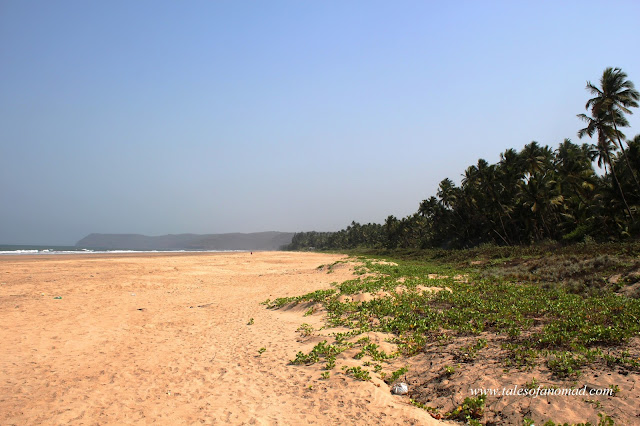 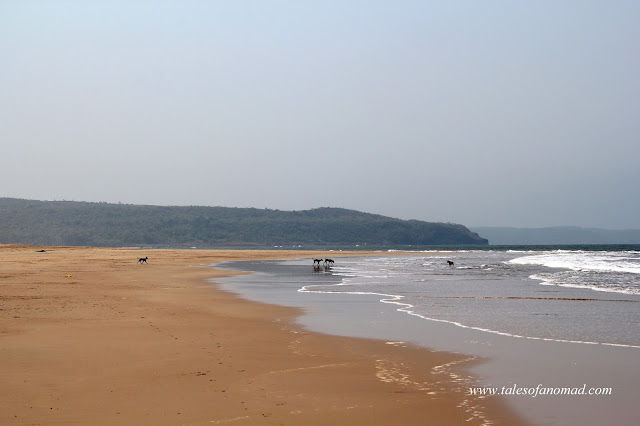 Half an hour away from Guhagar is Velneshwar, another serene beach town which gets its name from a popular Shiva temple nearby. Though it isn’t as pristine as the one in Guhagar, the beach is neat and cove shaped with hills in the backdrop. You would hardly find a crowd here except for the fisher folk and that makes it all the more serene. Except for a couple of hotels and shops, Velneshwar is almost devoid of commercialization. The temple has quite an interesting architecture with spires and domes, and is quite popular in this region. 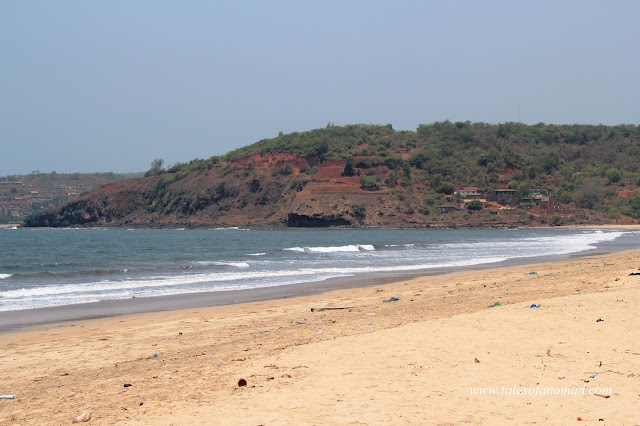 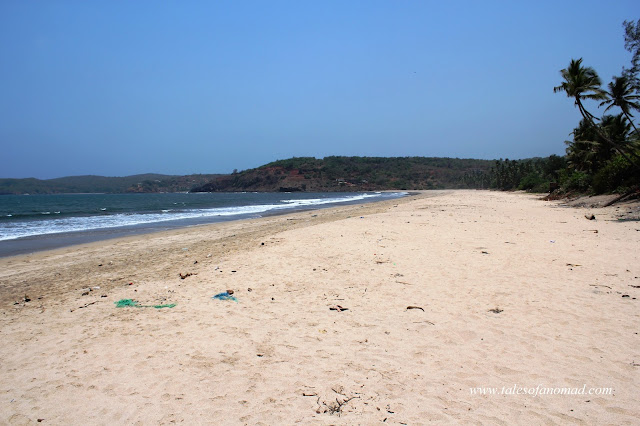 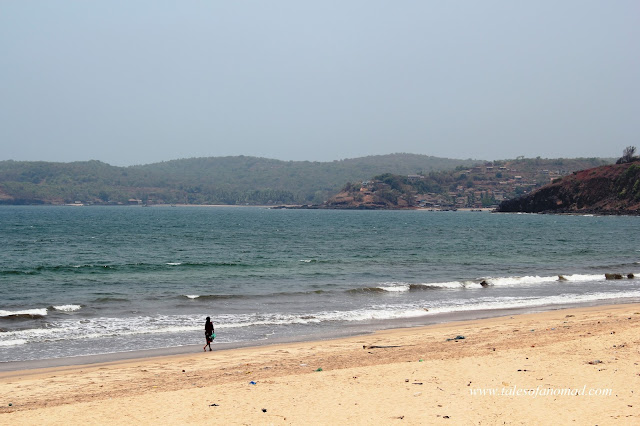 A couple of kilometers away from Velneshwar is another small coastal hamlet of Hedavi, known for its Ganesha temple and rocky beach with casuarinas lined up in the background. However, more than the quiet beach and the colourful temple, what brings visitors here is Bamanghai, the famous crevice of Hedavi. Located behind the temple, this narrow strip between the rocks shoots sea water up to a great height every few minutes which is a sight to behold. This happens because of the air that gets trapped beneath the waters and the pressure is so immense that it sometimes shoots up to even 25 feet. 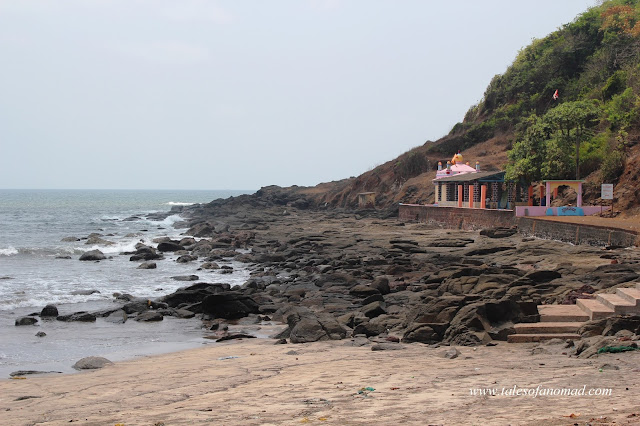 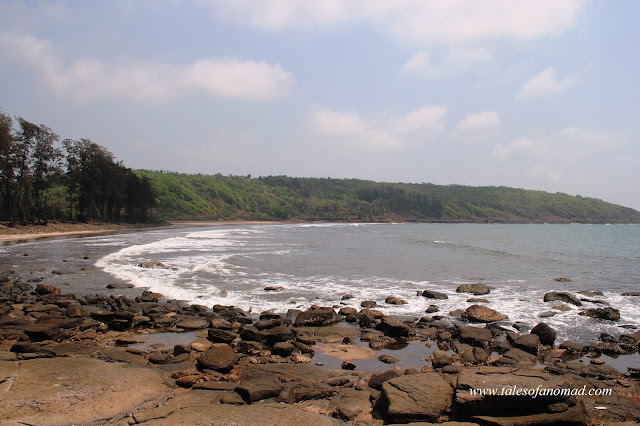 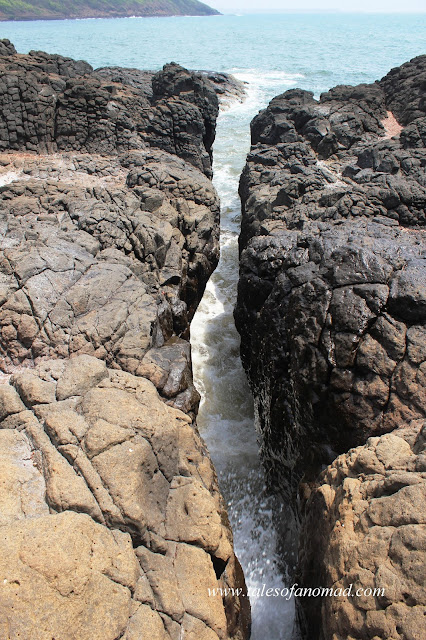 The 17th century Gopalgarh fort is a short ride away to the north of Guhagar. While it is mostly the tall outer walls that remain, a climb up them offers panoramic views of the blue sea.  Inside the fort, it is thickly vegetated with numerous mango trees.  Near the fort lies Anjanvel lighthouse located in the fishing village by the same name. Located atop a hill, the lighthouse offers nice vistas of the surroundings.  Dabhol, the harbour town near Anjanvel is where River Vashishti disgorges into the Arabian sea. The setting sun and the bobbing fishing boats form a beautiful frame here. 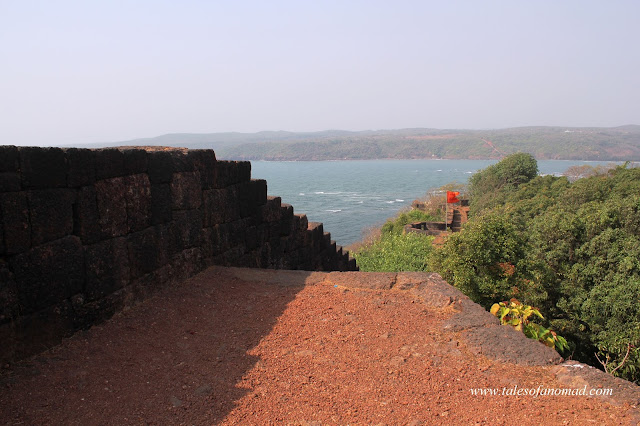 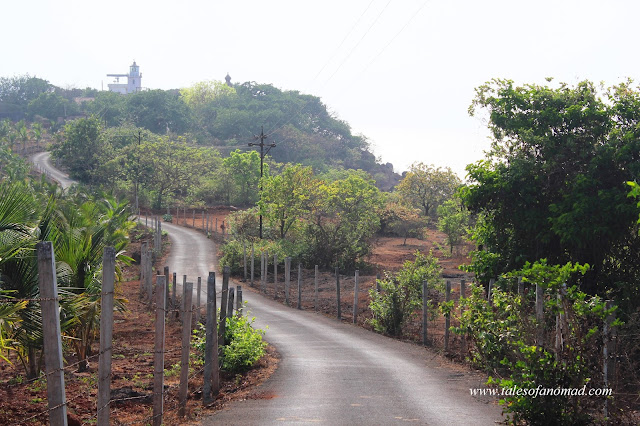 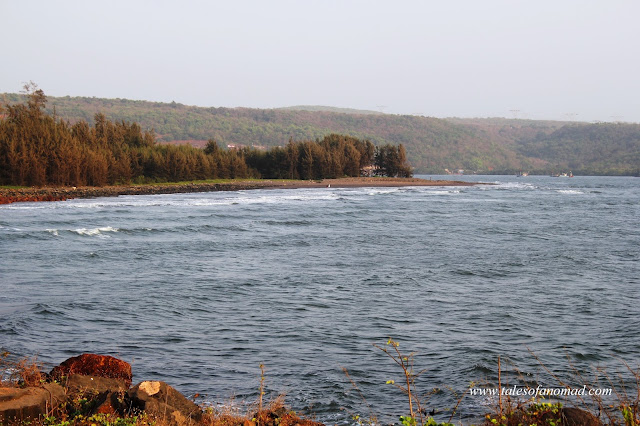 Guhagar is 300 Kms away from Mumbai via Chiplun (NH- 17). The closest airport is in Mumbai and the nearest railhead is at Chiplun (44 Kms). There are buses plying between Guhagar and Chiplun.

Small restaurants and eateries are present near the beach in Guhagar. Hotel Suruchi and Hotel Annapurna are well recommended. In Velneshwar a small eatery is located overlooking the beach. Both basic and mid range stay options are available in Guhagar and Velneshwar.
Posted by R Niranjan Das at 12:23 PM