Jodhpur: Places to Visit in the Blue City Ashok and I rode through the narrow gully that meandered its way past houses and shrines, which seemed like an endless path, until it came to an abrupt end. Parking our bike, we headed up a staircase to the rooftop of one of the numerous blue structures that cluttered the place. From the rooftop we hopped on to the neighbouring hillock. We were in race to witness the setting sun from the sunset viewpoint with a sea of blue houses in the foreground. Luckily, we were just in the nick of time to see one of the prettiest frames in Jodhpur, and that was a great start to my exploration of the Blue City.

The city get its nickname, ‘Blue City of India’ due to the numerous houses painted with a mix of indigo and limestone, which gives it a sky-blue colour. My local guide, Ashok mentioned that the houses painted in sky blue colour belong to the Brahmin community. It’s probably a way to discern their houses from the rest. Another story reveals that this was done to keep termites away, which had encroached these houses.

However, much before the city got its tagline, Jodhpur was the capital of the Marwar kingdom, which ruled a large part of present day Rajasthan from 13th century A.D. until early 19th century A.D. From the Delhi Sultanate to the Marathas to the Mughals, the Rathore Kings of Marwar fought off multiple attacks, sometimes losing out and becoming a vassal, while at other times, winning and getting back the power. The first capital of the Marwar dynasty was Mandore, and later in the mid 15th century, it was shifted to Jodhpur, by the king, Rao Jodha, after whom the city is named.

While its rich history and stories will leave you captivated, the city has quite a few interesting places to visit, which will take you through some of its bygone glorious days. 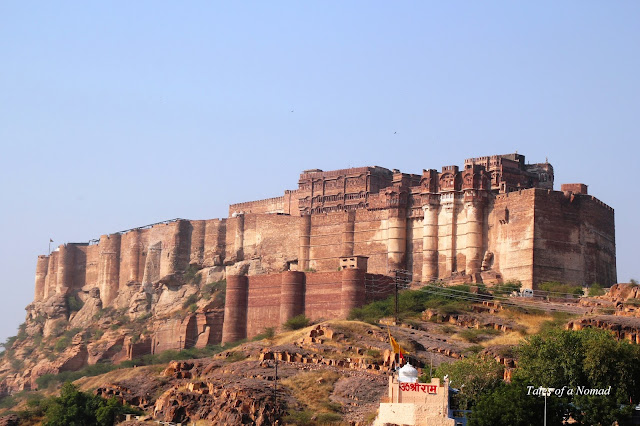 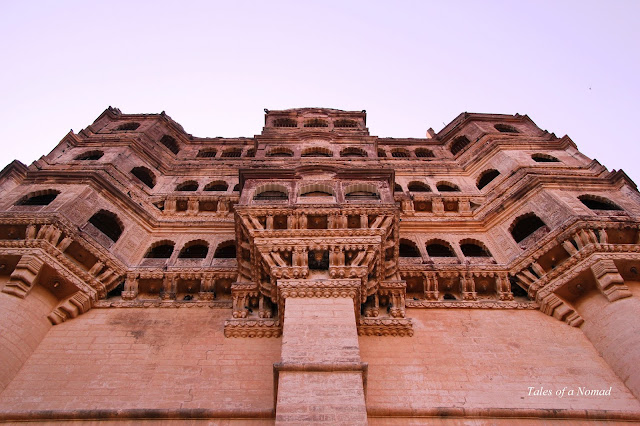 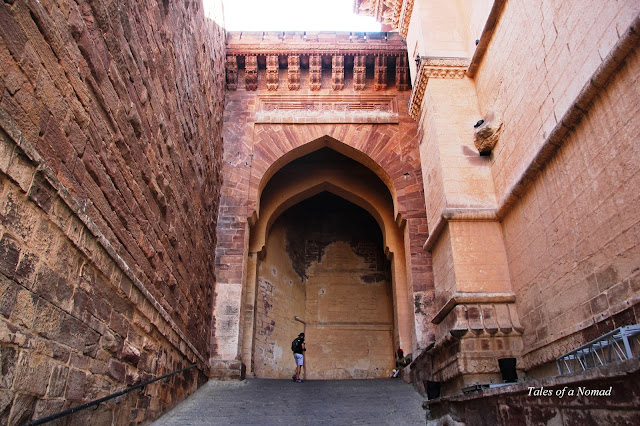 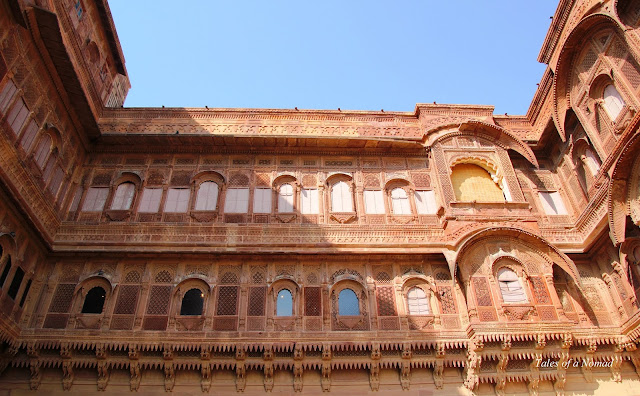 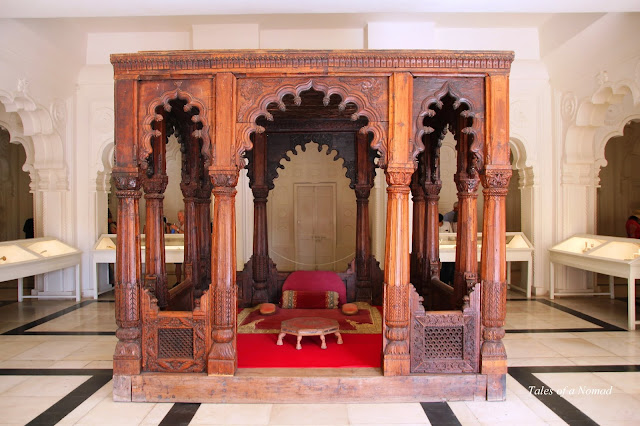 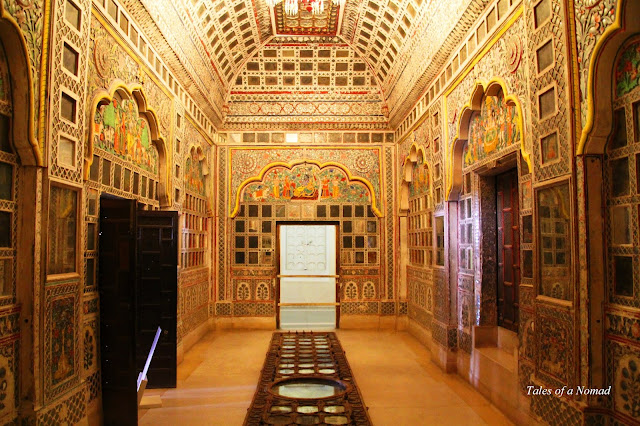 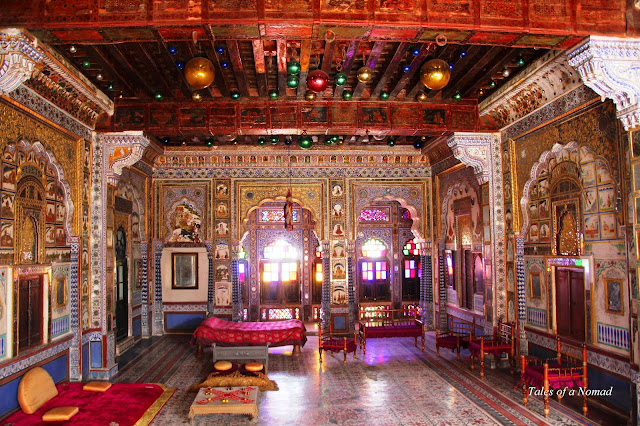 Standing tall and intimidating over a hillock, Mehrangarh Fort left me gaping at it for long from a distance. This is one of the magnificent forts in Rajasthan known for its spectacular artworks displaying the culture and heritage of Marwar Kingdom. Built in mid 15th century by Rao Jodha, and renovated by the later rulers of Marwar, there are seven entrance gates that you need to pass through to get to the insides of the fort. The canon ball marks on the fort walls talks about the numerous wars the fort had witnessed. The fort houses numerous galleries that display various items that were once used by the royal family, which includes palanquins, armoury, elephant howdahs, paintings, costumes and turbans. The numerous palaces with innumerable windows, extensive artworks, spectacular glassworks and intricate carvings on its exteriors display magnificent craftsmanship. Some of the palaces here are Sheesh Mahal, Phool Mahal, Jhanki Mahal, Moti Mahal and Zenana Mahal. The views of the fort walls and the city of Jodhpur from these palaces are absolutely captivating. 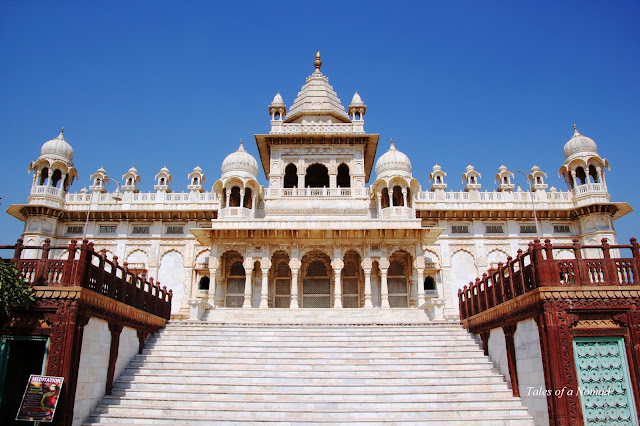 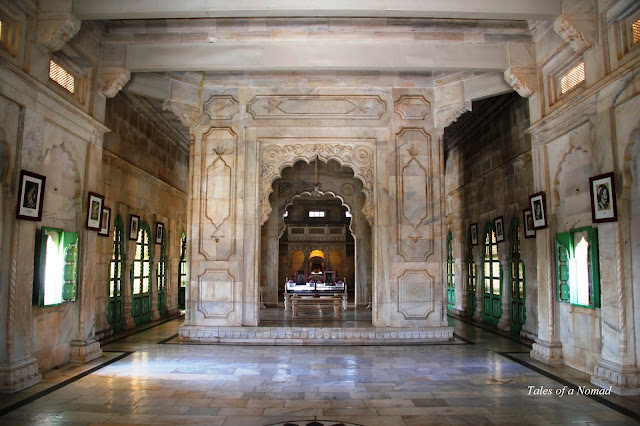 A short walk away from the fort, Jaswant Thada, a gleaming marble structure is a cenotaph built in memory of Maharaja Jaswant Singh, one of the Rathore Kings, who ruled in the late 19th century. The magnificent structure is adorned with wonderful carvings, pillars, windows and arches, which are absolutely eye-catchy. 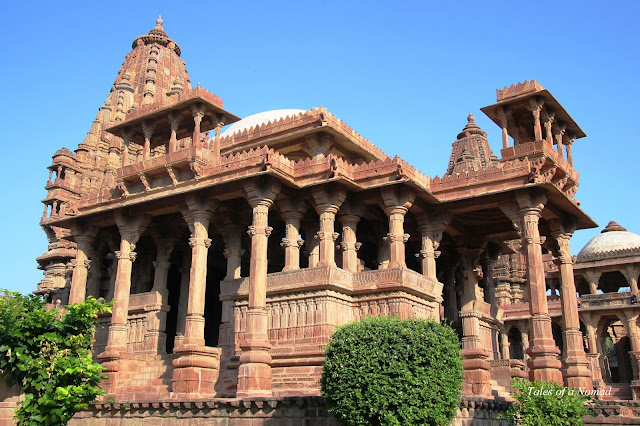 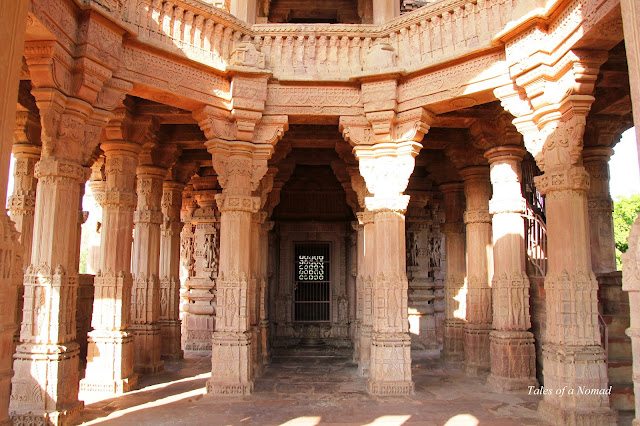 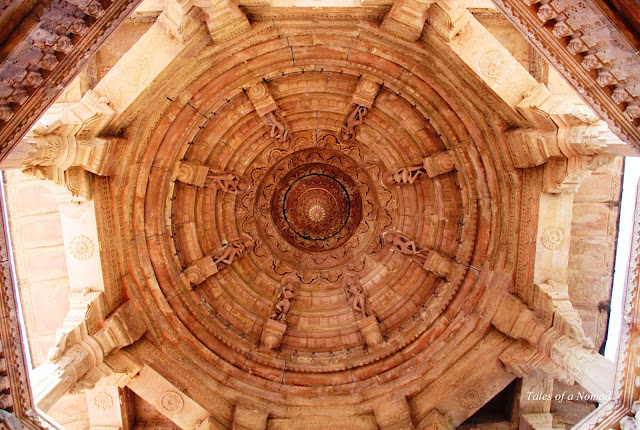 Mandore, which was earlier known as Mandavyapura, was the first capital of the Mawar Kings, until they made Jodhpur their capital later in the 15th century. Don’t get beguiled by the sprawling lush greenery, pathways and the name of this place. What these gardens house are spectacular cenotaphs built in red sand stone with stunning architecture and intricate carvings. Rising tall among the greenery around, the cenotaphs dedicated to all the major kings of Marwar can be found here. Historical facts take a backseat here, as the cenotaphs, which almost resemble a temple have spellbinding art works on the pillars and the ceilings. Further ahead, atop a hillock in the backdrop, are the ruins of a fort and remnants of the old capital. 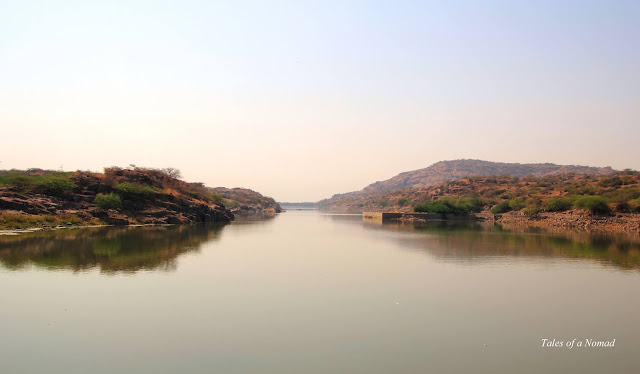 A placid lake flanked by hills on either side, Kaylana lake is an ideal break from the innumerable structures, architecture and sculptures, that Jodhpur is known for. While, there isn’t much one can do here, gazing at this landscape after a long day of exploration, will be an ideal way to end your day. 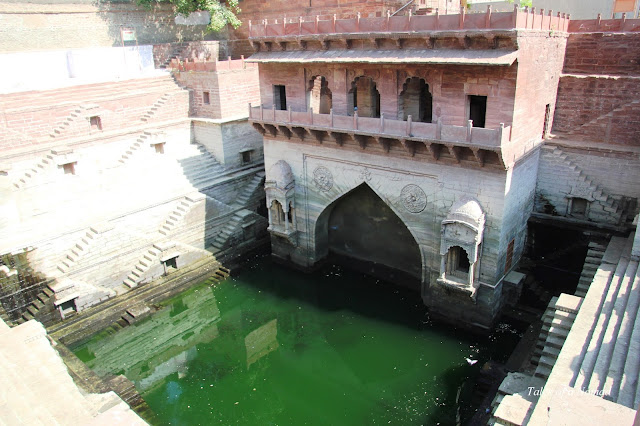 A stepped well built in the mid 18th century; Toorji Ka Jhalra was built by the then king, Abhay Singh for his queen, Tanvarji. The well during those days was maintained by women, who also controlled the water management system across this town. There are more than a hundred such step wells across Jodhpur, but the 200-foot deep Toorji Ka Jhalra is the most popular one. Though the carvings on the steps have faded over the years, the well was once adorned with numerous artworks, which included intricate carvings, water spouts and much more. 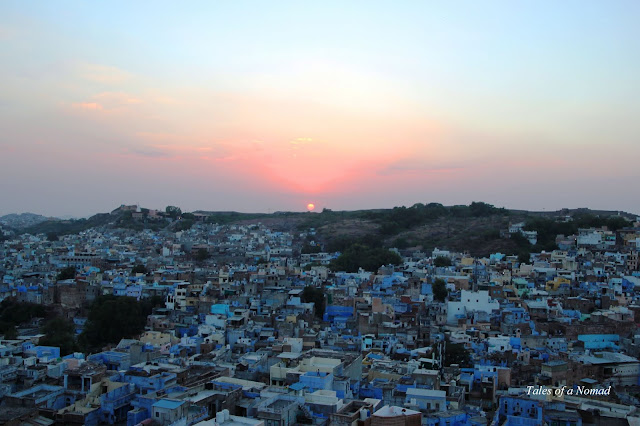 An ideal way to end a day in Jodhpur is by enjoying a sunset atop Pachetiya Hill. Narrow gullies that meander its way past the blue houses lead you to the top of this hillock, which also offers a magnificent aerial view of the city of Jodhpur. The setting sun splashing myriad colours across the sky with houses in various shades of blue in the foreground is a spectacular sight. All that you would want to do is gaze in oblivion as the sun slowly goes down the horizon. 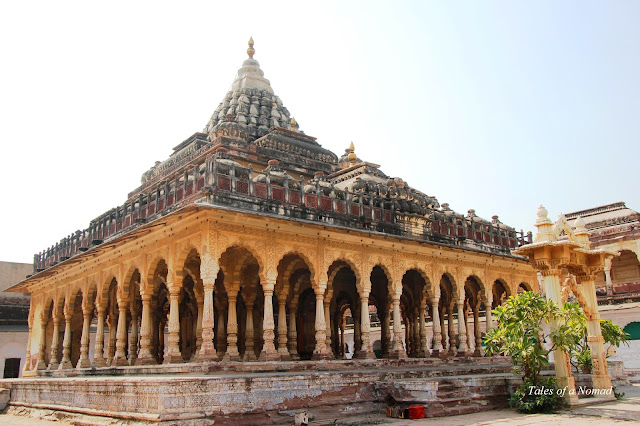 This might a tough one to locate as it is tucked away inside a school premises in one of the nondescript lanes of the city, and it remains shut while the school is not functional. Set inside a large courtyard, this temple is adorned with numerous pillars, which are decked with intricate carvings and motifs. The artwork across the base of the platform have partly eroded and dilapidated.

This hillock has a statue of Durga Das Rathod atop a horse, surrounded by a garden. However, what bring people here are the panoramic views of Jodhpur city and the spectacular sunsets. This is an ideal place to spend a serene evening away from the crowds, and to enjoy a beautiful sunset. Sadar Bazaar might well be a crowded shopping area with numerous shops selling a wide range of things. However, a major point of attraction here is the clock tower that intimidates the surrounding shops, and displays influences of colonial architecture.

How to reach Jodhpur:

Jodhpur is well connected to other cities in the country by flights and trains. The closest major international airport is in Jaipur, 370 km away.

Being a popular tourist destination, Jodhpur has a wide range of resorts, hotels and hostels to choose from. I stayed at Hostel Raahi, which is well recommended. The city also has numerous restaurants, which serve authentic Rajasthani cuisine.