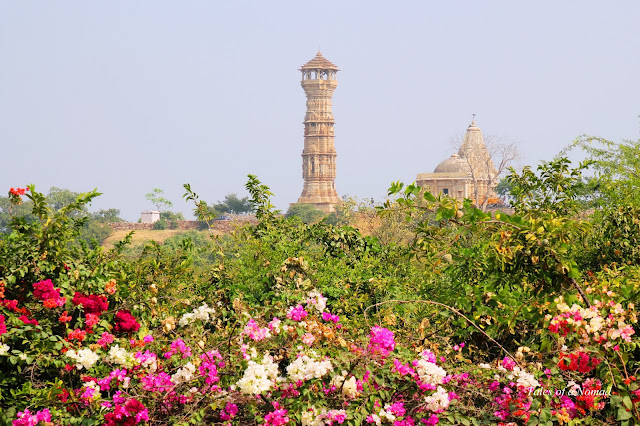 As you stroll through the stunning Chittorgarh fort, it evokes stories of the spirit, valor, pride and romance of the Rajputs, the warrior clan. Sprawling over 700 acres and intimidating over a hillock by the Berach River in Rajasthan, Chittorgarh fort with a 13 km long circumference is the largest fort in Asia. It is believed to have been initially built in the 7th century A.D. by the Maurya Kings and was later taken over by the Mewar kingdom for a long period. The fort was ruled for 800 years by various dynasties such as Mauryas, Pratiharas, Solankis, Guhilas and Mewars. It was also witness to three attacks by Alauddin Khalji in the 14th century, Bahadur Shah and Akbar in the 16th century. Legend says that while the men died in the battlefields, the women and children committed Jauhar (self immolation) to save themselves from the wrath of the victorious army. However, the Mewar kings managed to fight back every time and regained hold over Chittorgarh fort, which is considered as the 'Pride of Mewar’. The prominent Mewar rulers who ruled this fort were Ratnasimha, Rana Kumbha, Rana Sanga, Maharana Udai Singh II (Founder of Udaipur) and Maharana Pratap. The Mewar dynasty later moved to Udaipur and made it their capital. Kumbalgarh fort, with one of the longest fort walls in the world is the other major fort that was under the Mewar kings.

Chittorgarh fort is recognized as a UNESCO World Heritage Site under the Hill Forts of Rajasthan. 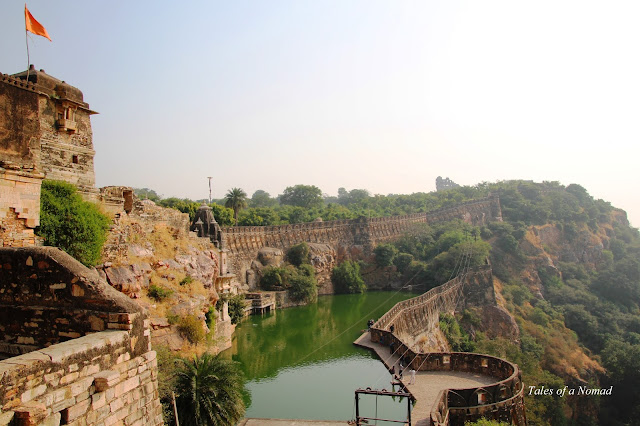 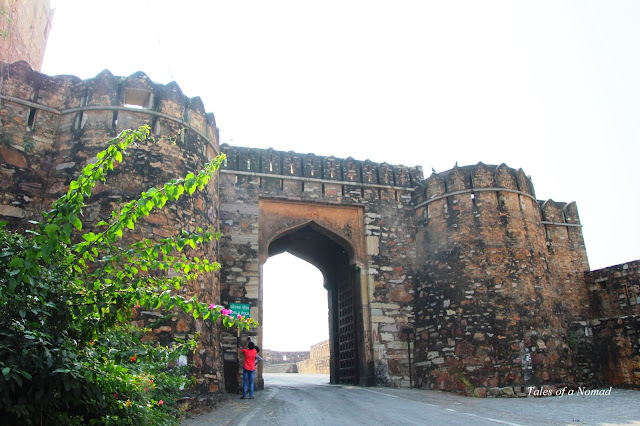 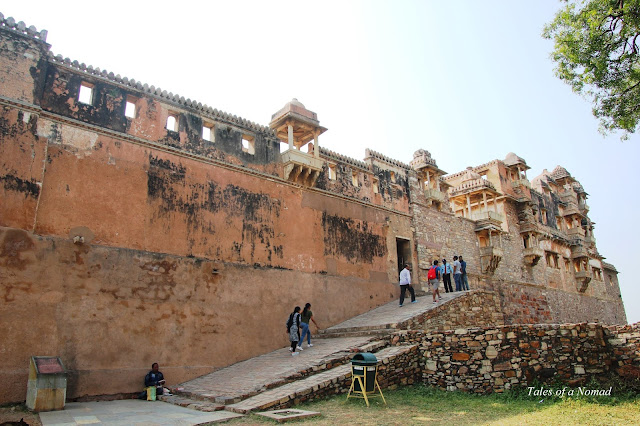 Magnificent structures laced with stunning sculptures and intricate carvings are strewn across the fort, which showcases a blend of Rajput and Islamic style architecture. The formidable fort wall runs all across the hillock with seven entrance gates that you need to pass through to reach the insides of the fort. The fort is also sometimes referred as water fort, as it had about 84 water bodies during its prime, of which very few remain today. Rana Kumbha’s palace which is mostly is ruins, once housed many structures such as underground cellars, elephant and horse stables, royal treasury and shrines a well. It is believed that Rani Padmini committed Jauhar inside this palace. Rani Padmini’s palace with a well laid out garden is the other major palace here, and has a small palace (Jal Mahal) inside a large pond. Fateh Prakash palace is presently a museum which houses various artefacts, weaponry, photographs and other displays of the royal family. 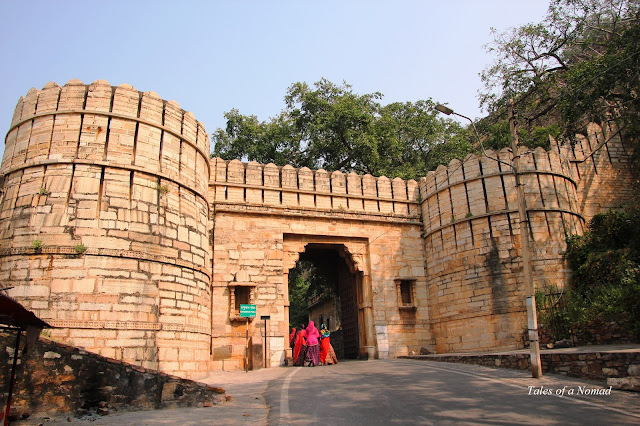 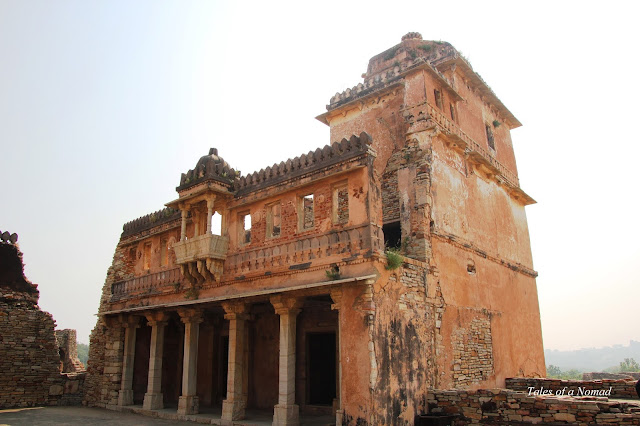 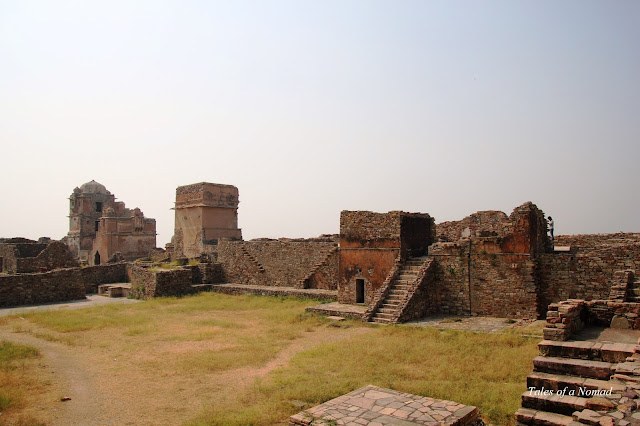 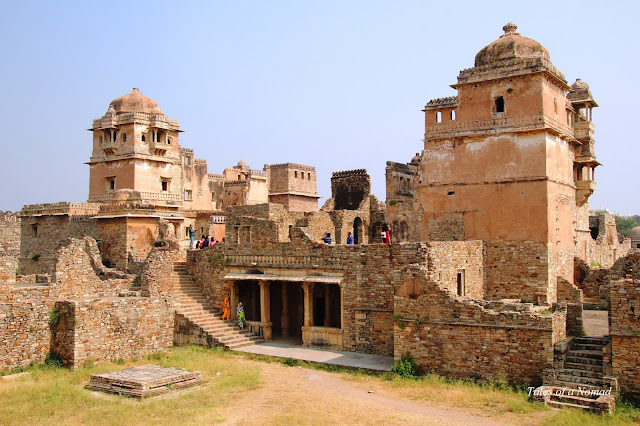 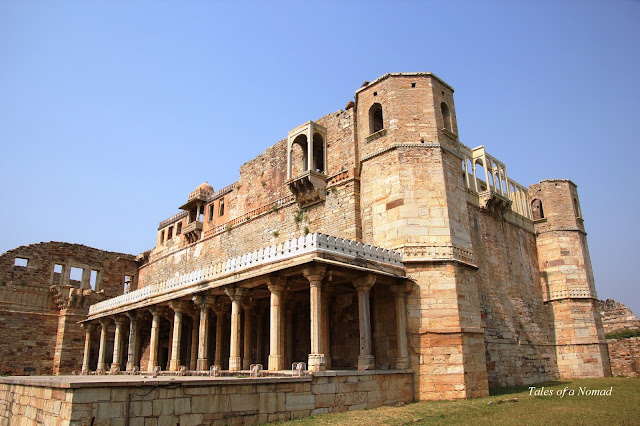 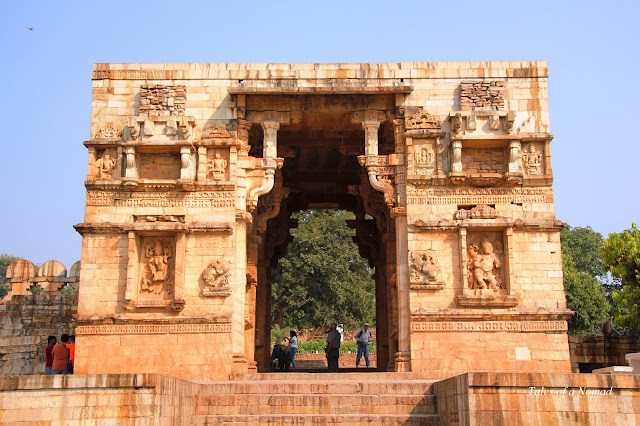 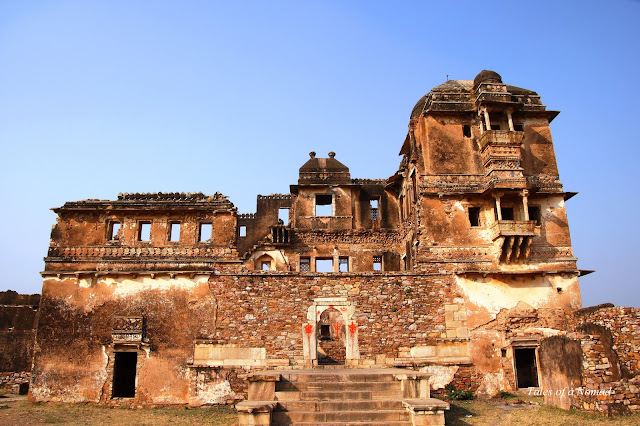 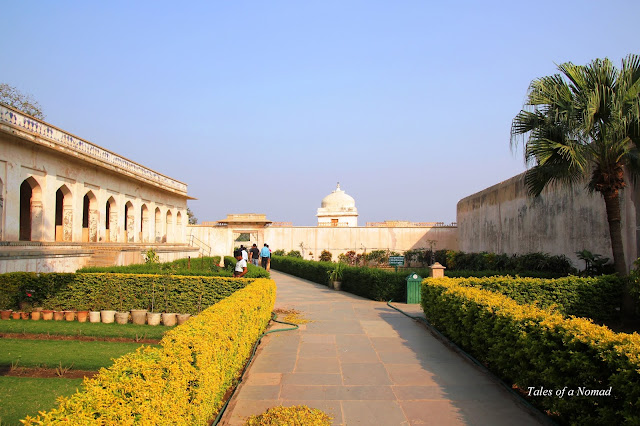 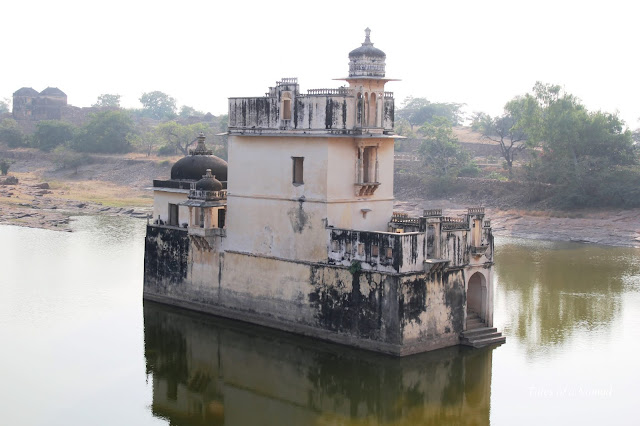 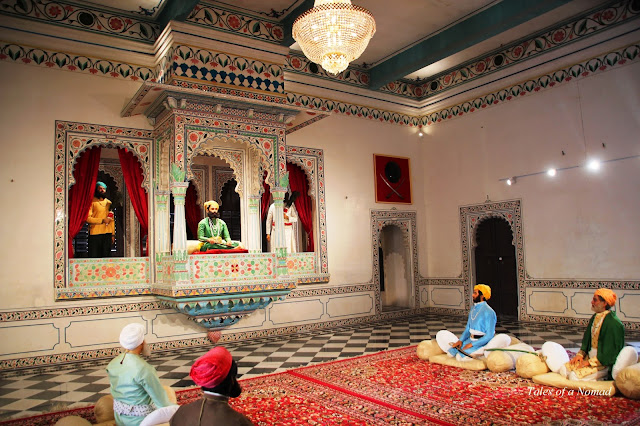 The fort also houses numerous Hindu and Jain temples such as Kumbhashyam temple, Kalikamata Temple, Meerabai temple, Tulja Bhavani temple and Satbis Deori Jain temple.  There are numerous ponds or reservoirs as well with Gaumukh Kund being the most significant one, as it served as the source of water during the fort’s glorious times. There are also cenotaphs, gates, smaller palaces and more dilapidated structures scattered across. 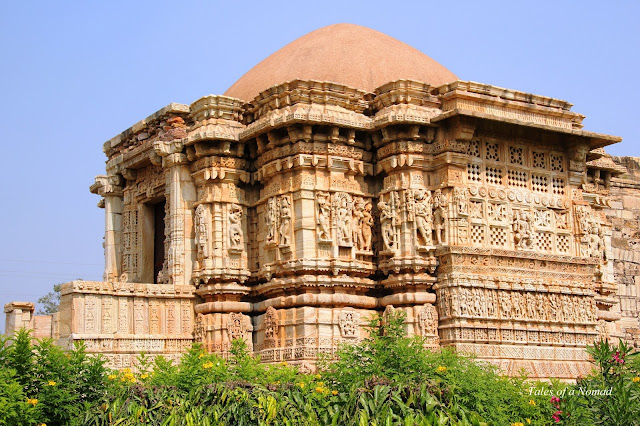 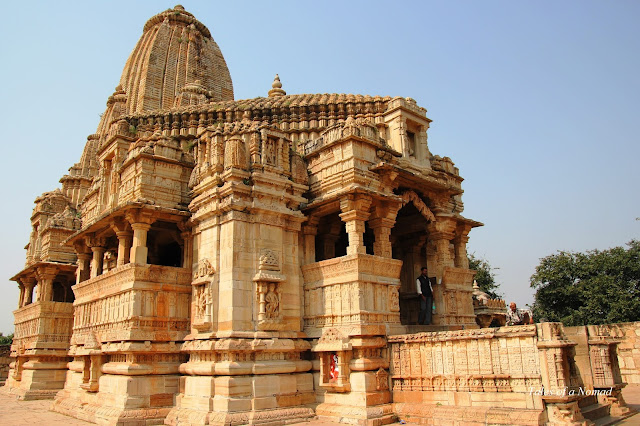 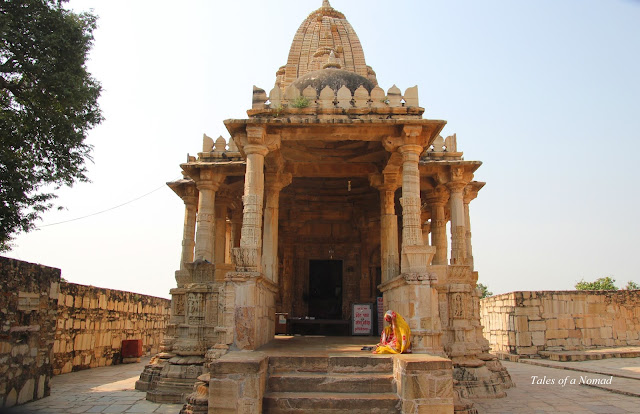 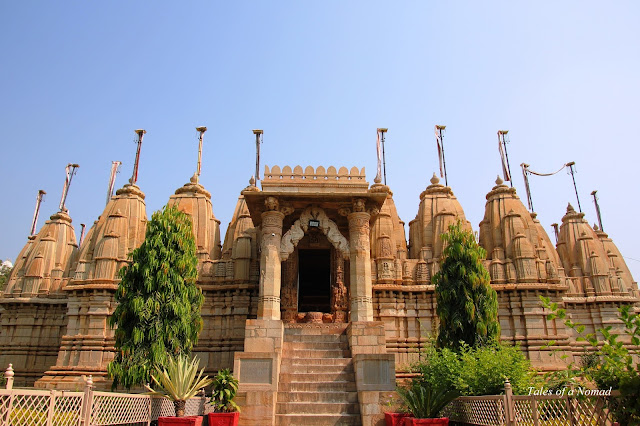 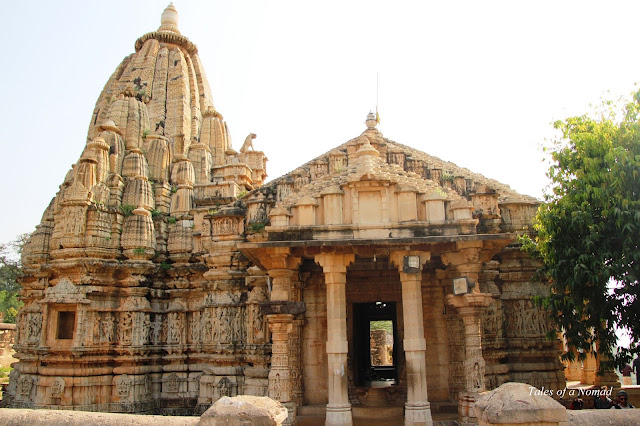 Despite the magnificent palaces and stunning temples, what garners most of the attention inside Chittorgarh fort is undoubtedly the Vijay Stambh or the Tower of Victory built by Rana Kumbh in the 15th century to commemorate his victory over the Sultan of Malwa. Emblazoned with spectacular carvings of gods and motifs, this is an absolute stunning piece of artwork and unsurprisingly the most celebrated structure here. Narrow steps lead you to the top of this 37 meter high nine-storeyed structure with magnificent views of the fort through the numerous peep holes. Kirti Stambha, another victory post with elaborate carvings was built in the 12th century, and is dedicated to Adinath, the first Jain Thirthankara. 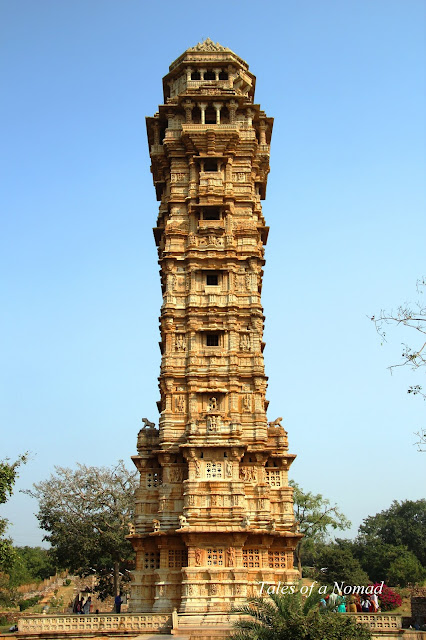 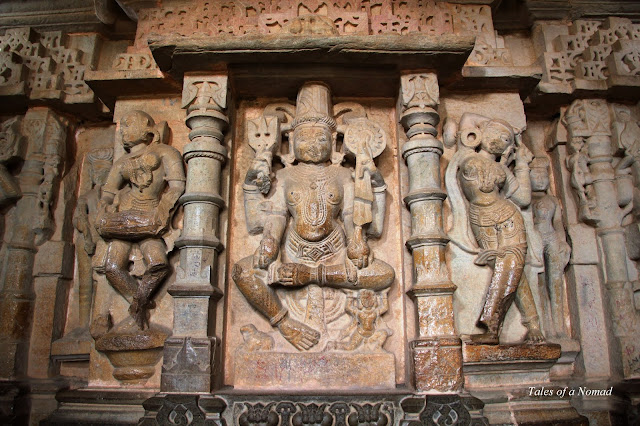 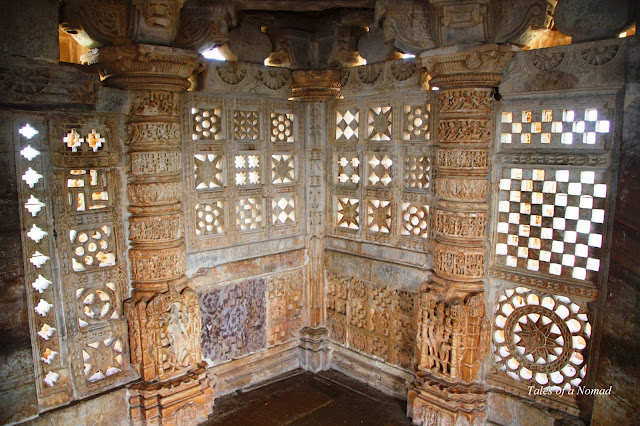 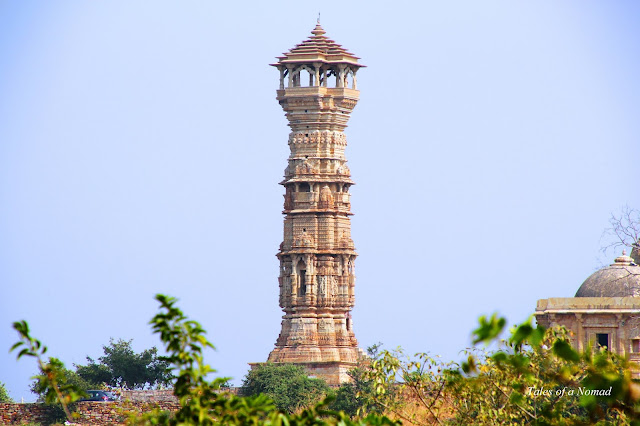 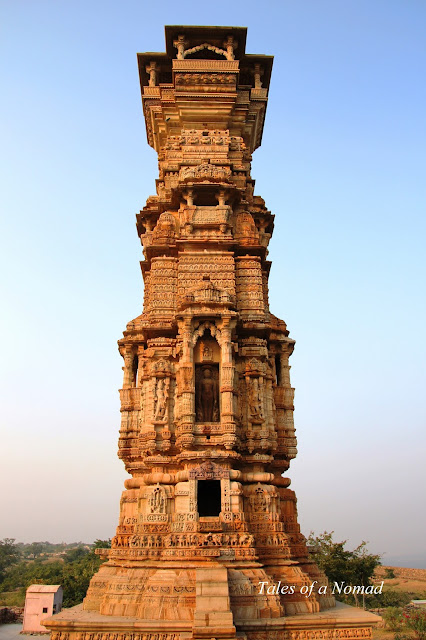 How to reach Chittorgarh Fort:

The closest major city is Udaipur, which has an airport and railway station connecting to other cities in India. It is recommended to take a private taxi from Udaipur to reach Chittorgarh fort, which is about 116 kms away. Public transportation is not frequent between Udaipur and Chittorgarh.