Kohima in 24 hours- Places to visit 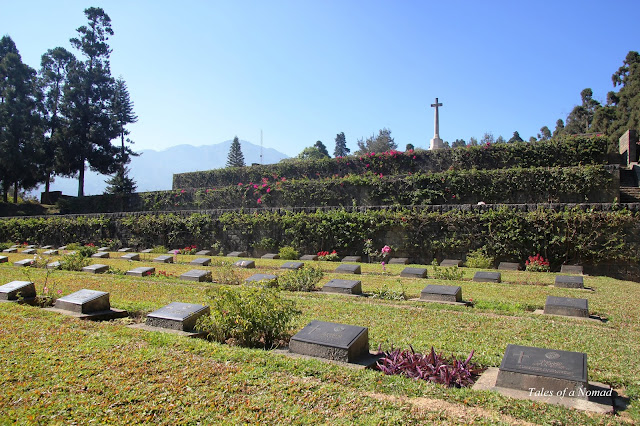 Engulfed by hills, Kohima is a bustling city nestled in the north eastern part of India and is known for its popular Hornbill festival. The city which is the capital of the state of Nagaland was also pivotal during the Second World War as it was witness to the English- Japanese treaty. Presently Kohima doesn’t portray any glimpses of the colonial times and has all the characteristics of a modern city. However, it has a few attractions apart from the Hornbill festival and the beautiful interiors such as Khonoma, Dzouko valley, Tuophema etc. Here are a few places to visit in Kohima if one has a day to spare. 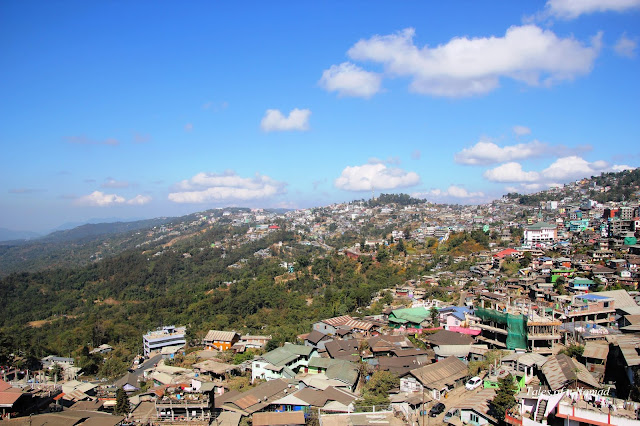 Maintained by the Commonwealth War Graves Commission, the war cemetery is located in the middle of the town. It houses more than 1300 graves of the brave Indian, British and Commonwealth soldiers who were martyred during the Second World War. An interesting point to note is that most of the martyrs were young and in their early 20s. The cemetery is neatly laid out with well manicured stepped lawns and flowering plants. Located at a height, the higher steps of the cemetery offer views of the sprawling city of Kohima. The cemetery is open from 8 AM to 3:30 PM during summers and from 8:30 PM to 3 AM during winters. 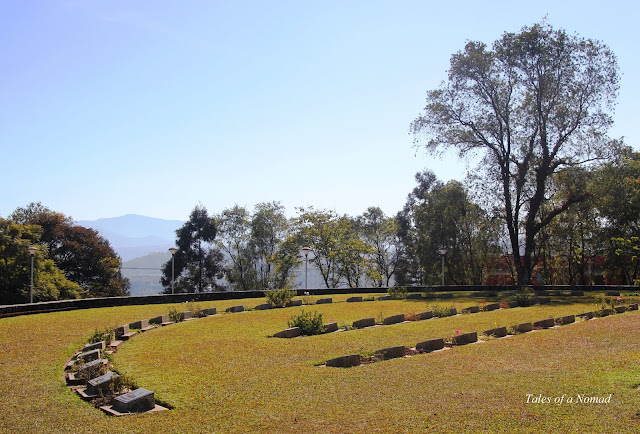 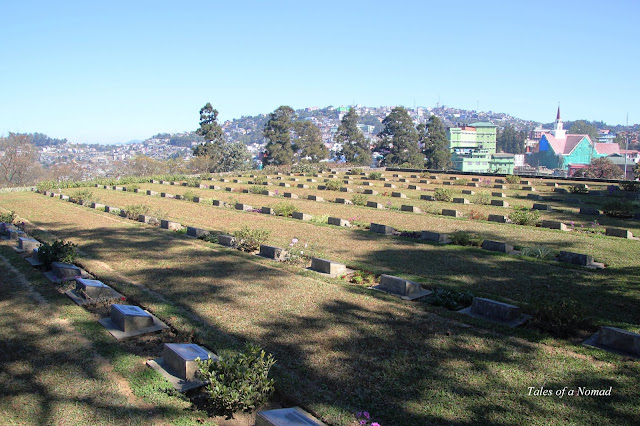 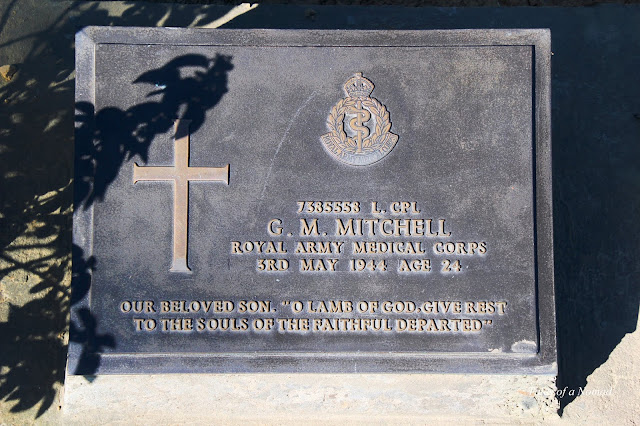 Kisama heritage village which holds the Hornbill festival every year also houses a World War II museum with a huge display of memorabilia. The museum offers a great insight into the stories, photographs and other details from the world war era. The Hornbill ground and morungs of various tribes are adjacent to this war museum. The war museum is 12 Kms from Kohima. 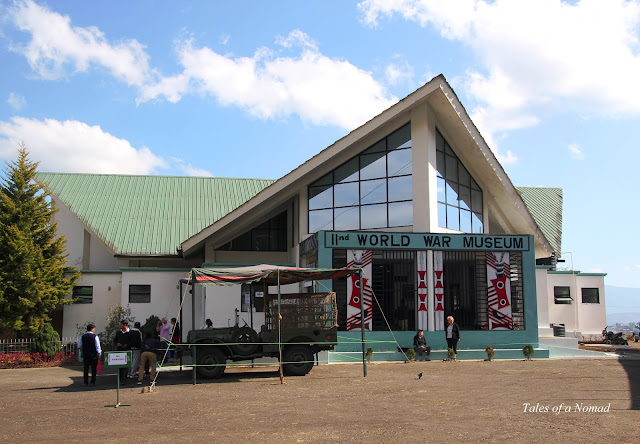 The local markets of Kohima such as Central market or BOC market offers quirky frames. From vegetables to snake fishes to frogs to snails to pigs, the markets offer a plethora of items on sale. It is not recommended for the faint hearted, but for the curious souls these are definitely interesting. It is always recommended to ask for permission before taking photographs inside the market. 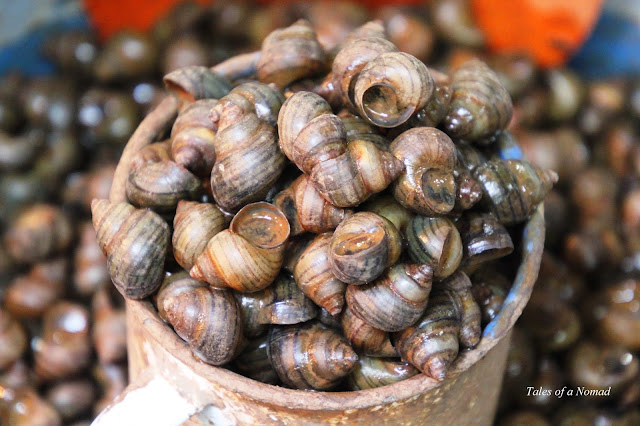 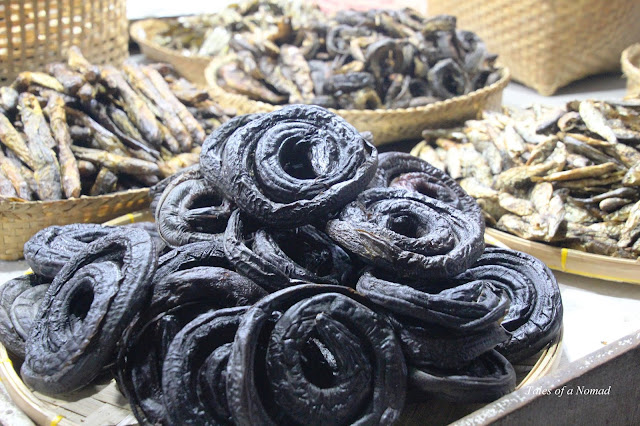 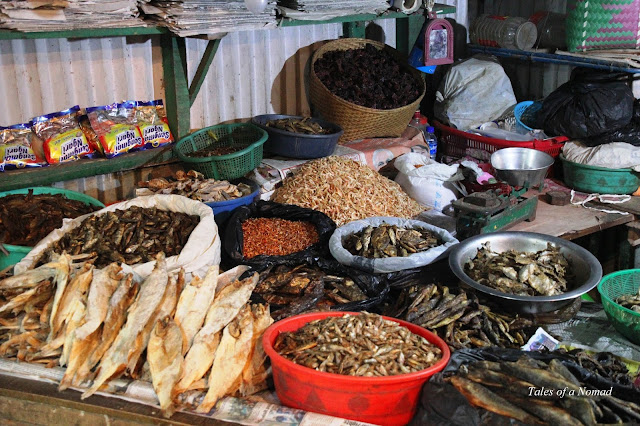 Atop the Aradura hill, the Catholic Cathedral of Kohima stands tall overlooking the city. Known for its unique geometrical shape, the cathedral is the largest in North East India. Beautiful paintings adorn the interiors of this prominent landmark which was consecrated in 1991 with funding from the people of Japan. 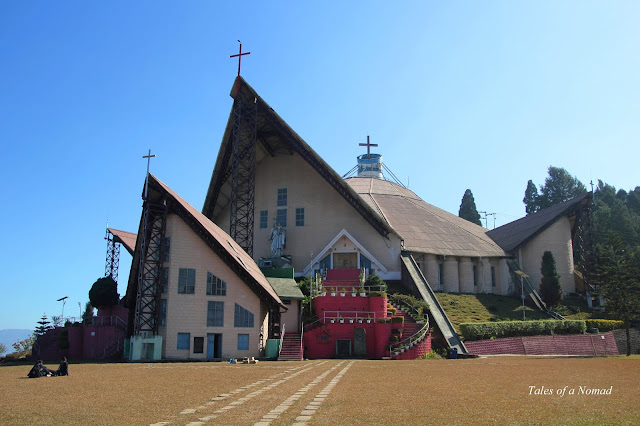 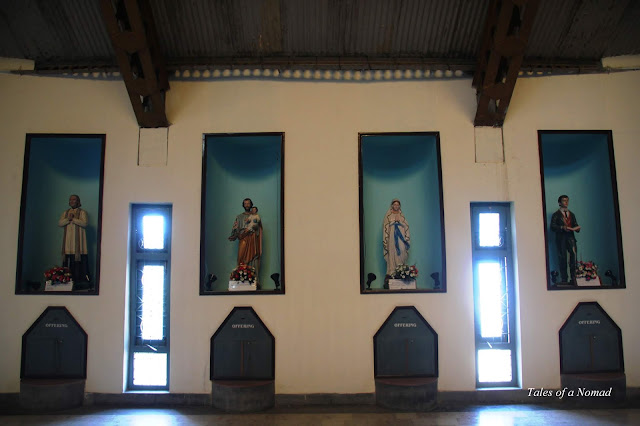 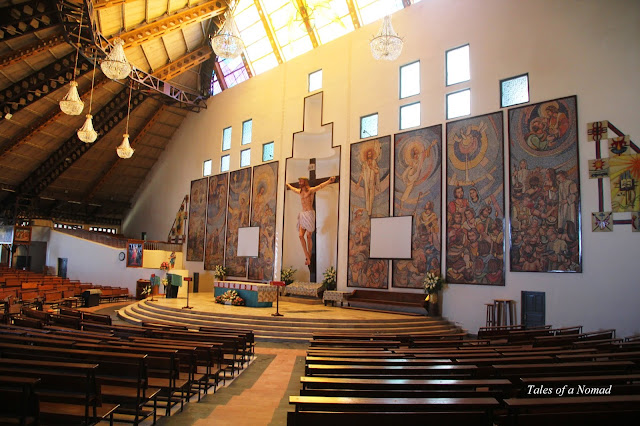 This wonderful museum has a magnificent display of myriad artefacts, armoury, household items, musical instruments, jewellery, paintings and photographs of the various tribes of Nagaland. The museum showcases the rich culture of Naga tribes apart from a deep insight into their lives, history and anthropology.  There are also numerous sculptures displayed outside the museum which have been unearthed from various locations. The museum is open from 10 AM to 3 PM and remains closed on Mondays. 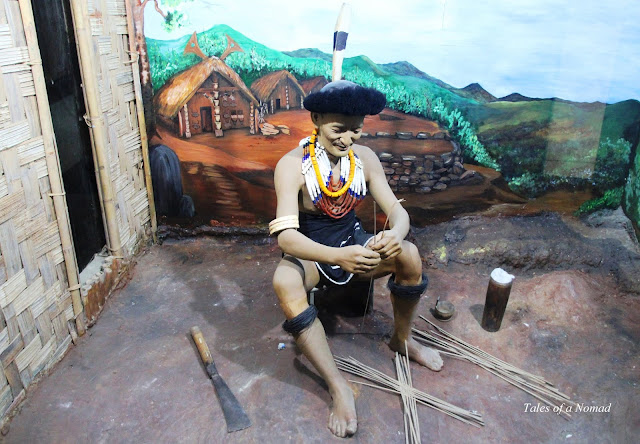 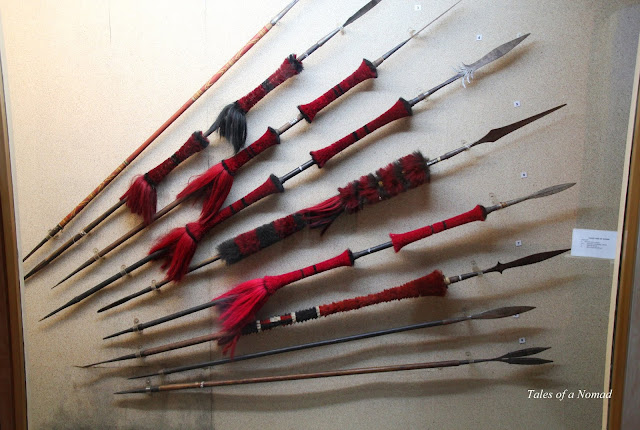 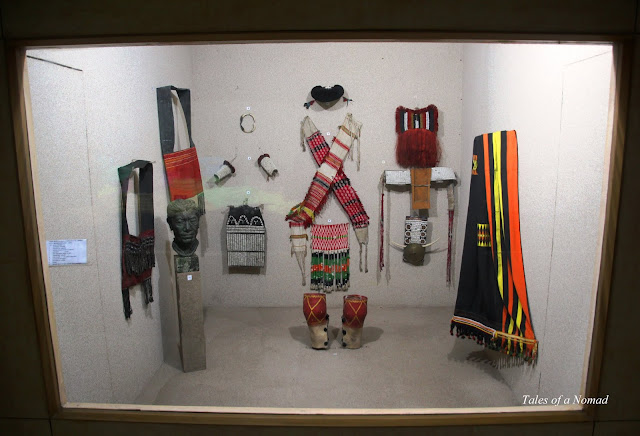 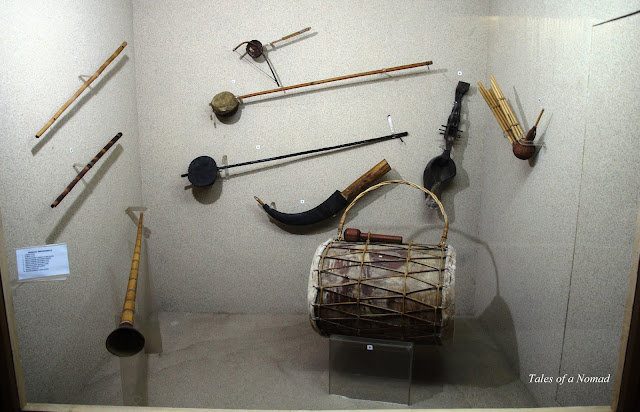 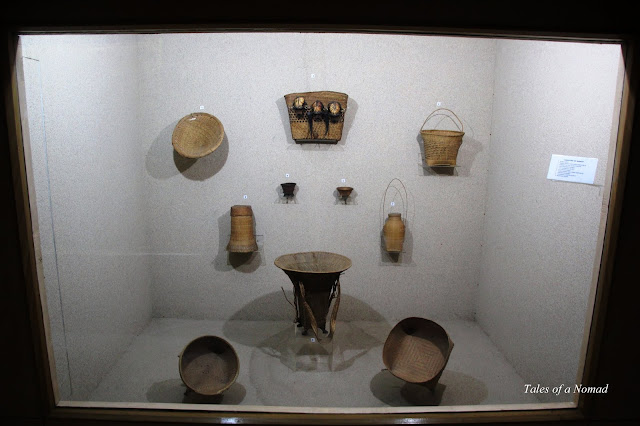 Café culture and western music have slowly caught up with the young generation of Kohima. There are a few lovely cafes in the city which serve both local and continental cuisine. FIFA café, Symphony café, Oasis restaurant etc. are some of the recommended places to eat in Kohima. 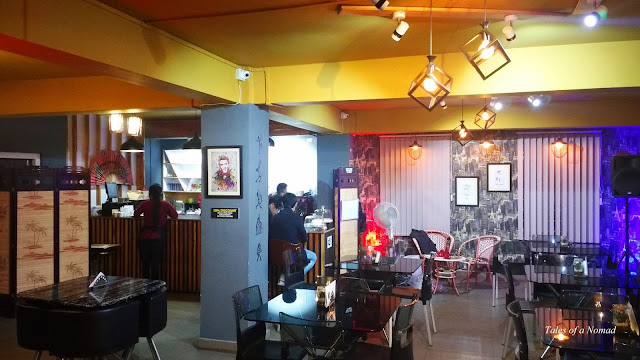 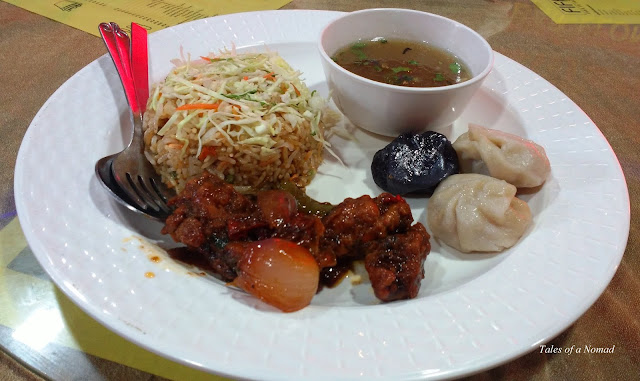 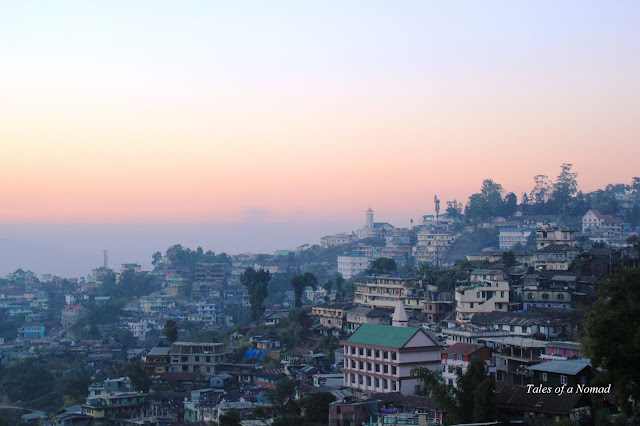 How to reach Kohima:

Kohima is 70 Kms away from Dimapur which houses the nearest railway station and airport. There are regular shared taxis that ply between Kohima and Dimapur. One can also opt for the public bus service. Shared taxis are available to commute within the city.

There are cafes and restaurants across the city. Most of them serve local cuisine and non-vegetarian fare. There are numerous hotels and guest houses in Kohima. EcoStay hostel is a good option for budget travellers.
Posted by R Niranjan Das at 8:50 AM