Khonoma: A Quaint and Secluded Village in Nagaland 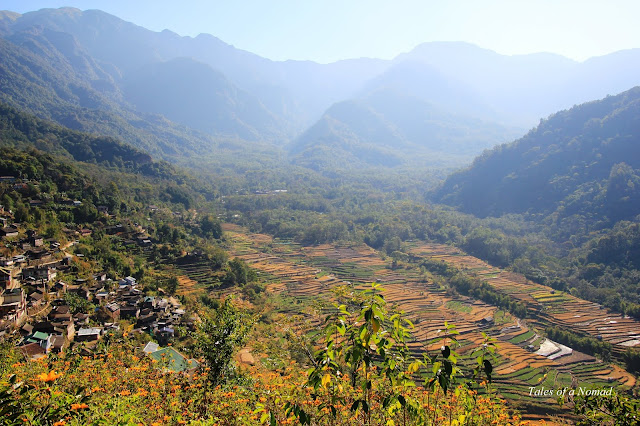 Engulfed by hills, paddy fields and lush greenery is Khonoma, an Angami village 20 Kms away from the city of Kohima. Khonoma is where two prominent British- Angami battles took place in mid 19th century. The village also has a memorial erected in remembrance of the same. The village is often referred as the first green village in India. The initiative taken by the government and tourism board to keep the village as green as possible is well supported by the villagers who have stayed away from cutting trees and hunting.

The village is an hour’s drive away from Kohima and one can hire shared taxis to Khonoma. The dusty road winds its way past the hills from Kohima to Khonoma with nice vistas all along. Located on a ridge and at a height of more than 5300 feet, the village overlooks picturesque vast valleys and distant hills. Terraced paddy fields encapsulates the village and it is well recommended to walk down to these fields and stroll through them.  Believed to be around 500 years old, the village is home to 800 families. 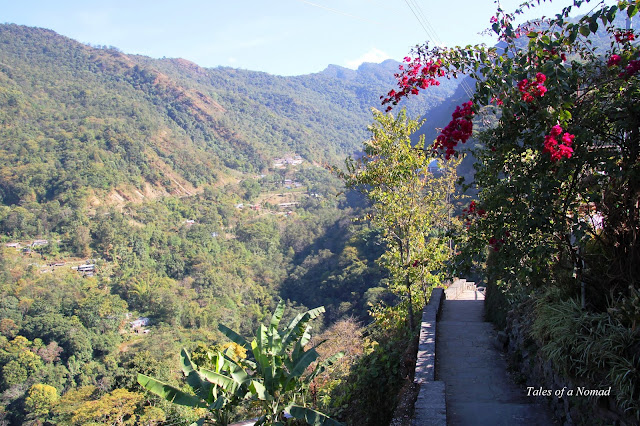 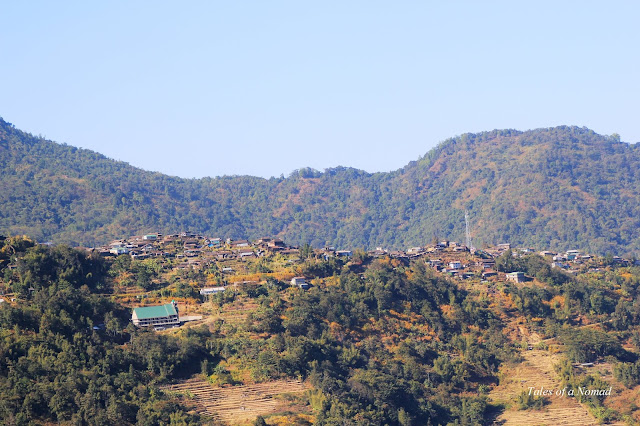 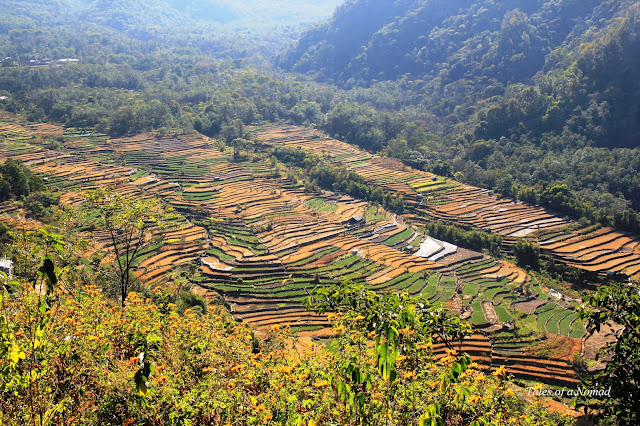 Visitors can either languorously walk  through the village on their own, or book a guide and listen to the history of Khonoma and its people as he takes you through the village. The entrance gate is adorned with a large tribal art and the village also houses a couple of forts. The forts namely, Merhumia fort, Semomia fort and Thevomia fort are actually small houses which were used to keep women and children safe during battles. 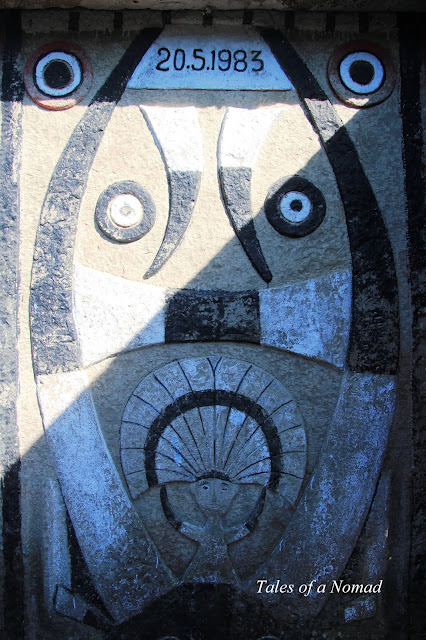 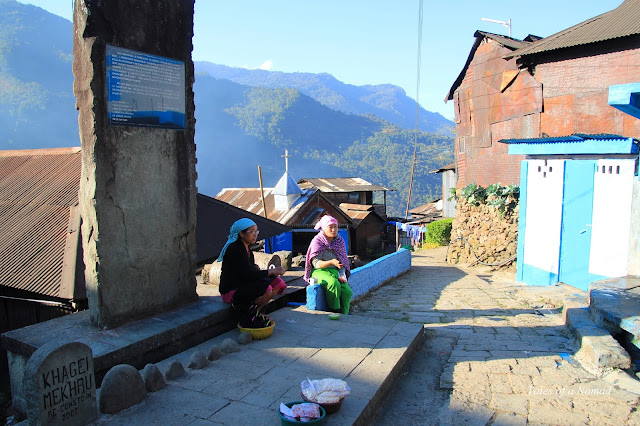 The village is a pretty one with wooden houses, morungs (community building), a few shops and the friendly locals. The neatly laid stone pathway meanders through the clean village which has been well kept by the residents. It is common to see women weaving Naga shawls outside their homes. The common assembly area is known as Khwehou, where a huge raised circular area with numerous small stone slabs is used as a place for gathering and announcements. The village also has a natural water reservoir. Only a couple of houses still maintain the Angami architecture and a few of them have interesting artefacts such as rifles hung outside. 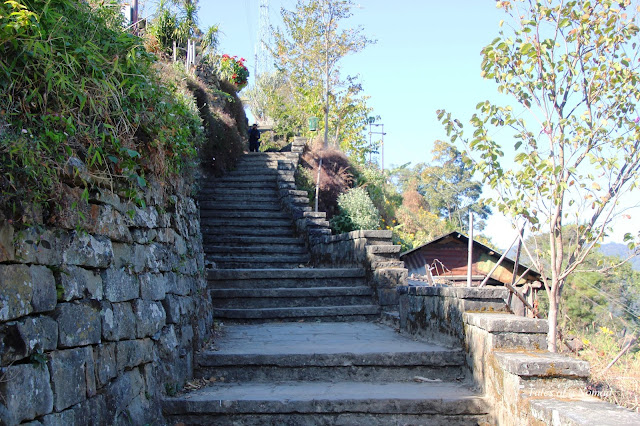 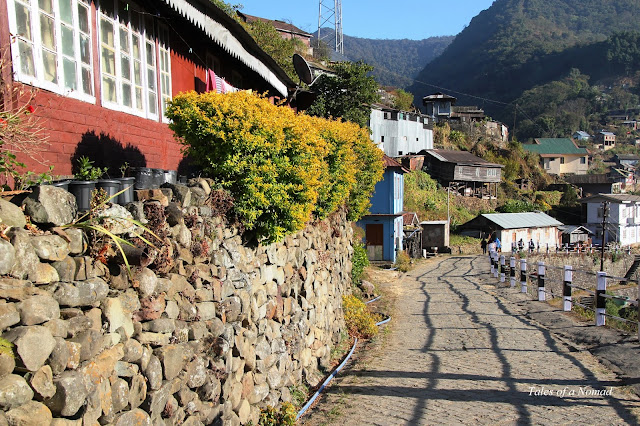 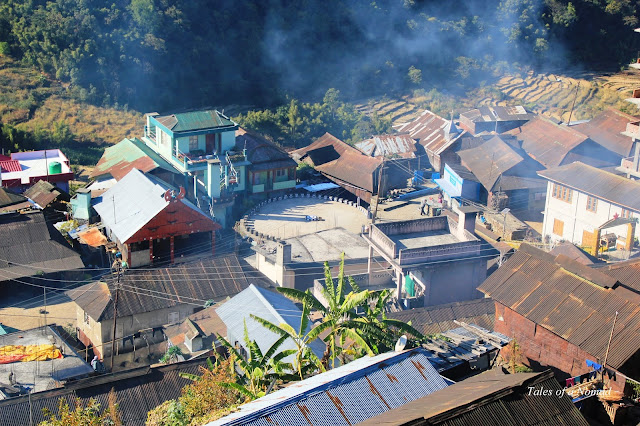 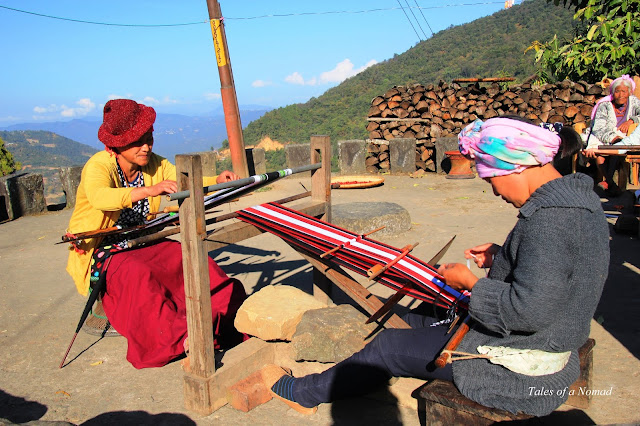 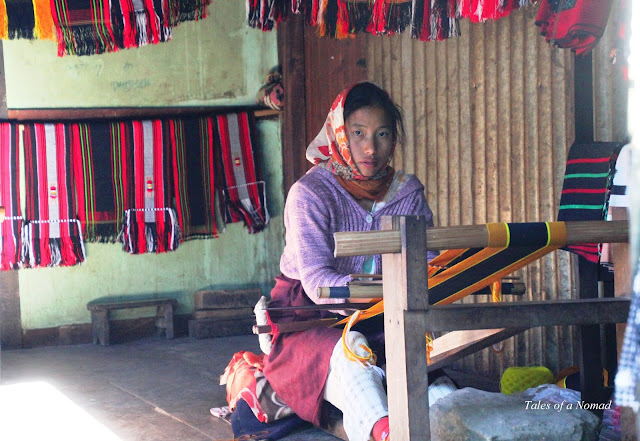 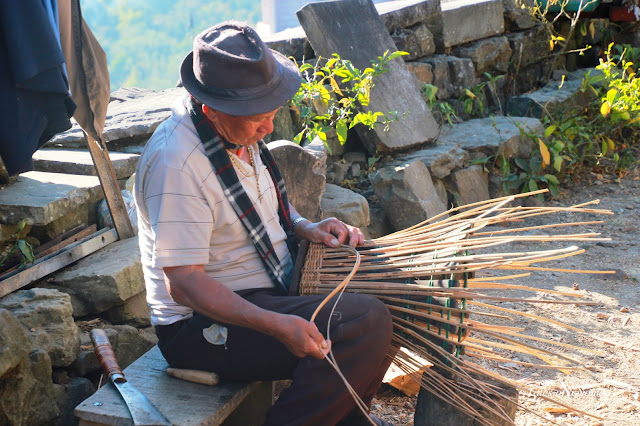 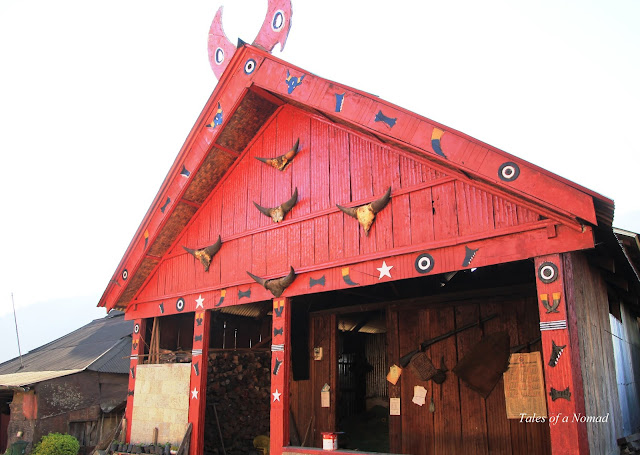 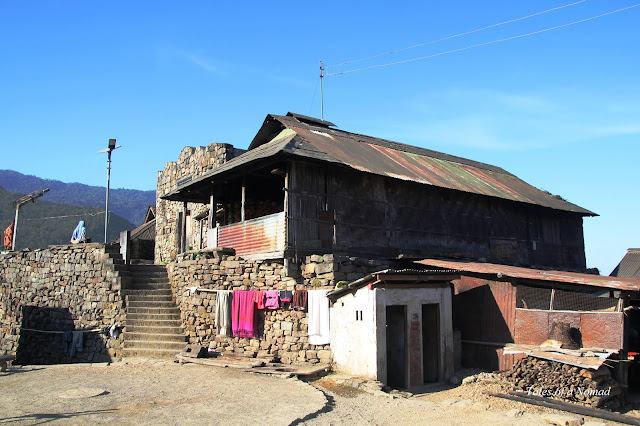 The people of Khonoma follow rich traditions and their important festivals are Sekrenyi and Thekranyi, held in the months of February and May respectively. The festivals are related to paddy cultivation and they are celebrated with games, dances and music. The village is also known for its carvings in stone which can be seen at some houses. 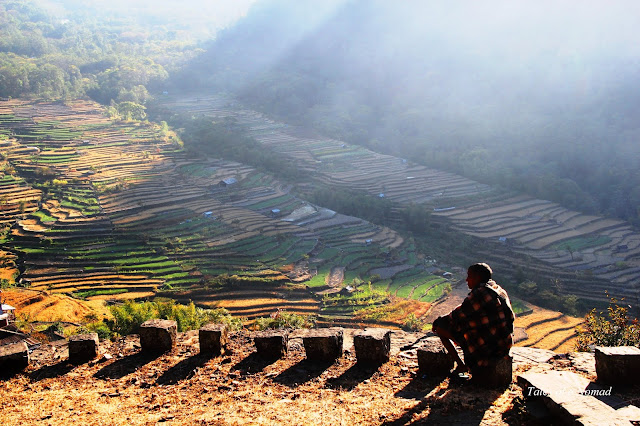 Though Khonoma is an ideal one day trip from Kohima, the village has a few guest houses in case visitors would like to stay over.

Khonoma is 20 Kms from Kohima. Kohima is 70 Kms away from Dimapur which houses the nearest railway station and airport. There are regular shared taxis that ply between Kohima and Dimapur. One can also opt for the public bus service.
Posted by R Niranjan Das at 9:29 AM