Pooyamkutty to Mamalakandam- A Beautiful Drive! 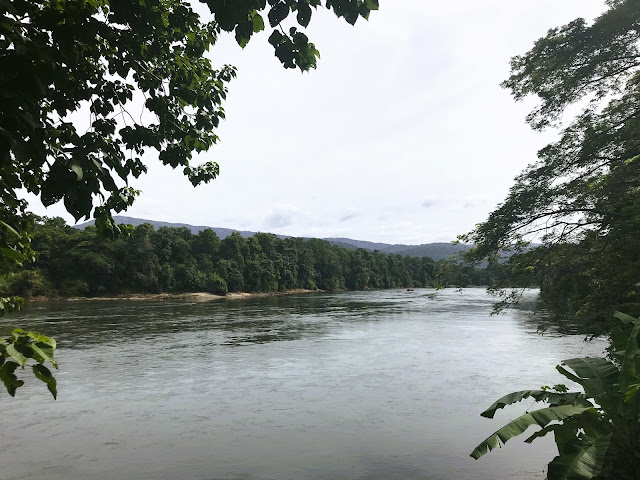 After a satiating breakfast at Kothamangalam, we left behind the hustle of the small towns and meandered our way past rubber plantations to Pooyamkutty, with the river, Periyar popping up intermittently. While the main intention was to drive through the lush greenery of Mamalakandam, we decided to explore a few other places as well enroute to the final destination.

Kuttampuzha was the first pit stop, where we took a short detour to get to Anakkayam Beach. From where the road ended, a narrow pathway along the Periyar River led us to the beach. A secluded place with hardly any visitors, we were welcomed by serenity and scenic frames. While technically this isn’t a beach, but a river bank with sand. A large tree with its branches sprawling like tentacles made a beautiful frame against the tranquil waters and lush greenery behind. A lone fisherman, probably a local having some moments of solitude, was the only human presence in the vicinity. After loitering around for a while, soaking in the serenity on offer, we walked back. 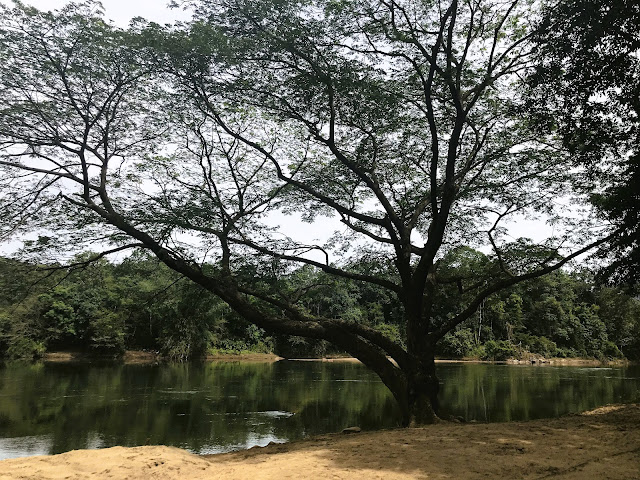 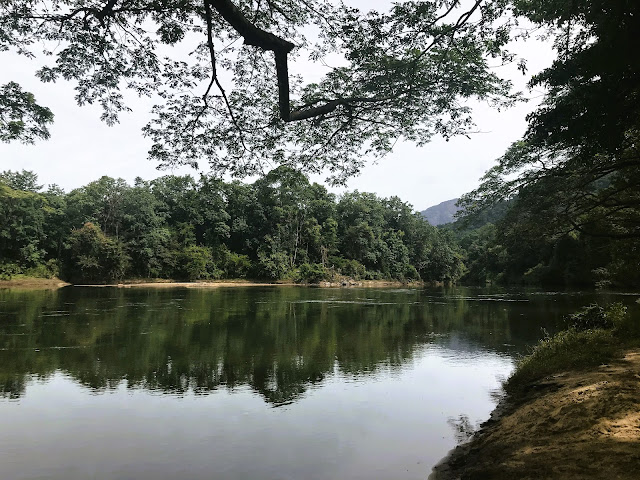 Enroute to Pooyamkutty, we stopped by at Blavana ferry, to watch a jeep loaded with rice and other daily necessities make its way across the river atop 2 tied up canoes. In today’s times, when modern technology and developments have reached every corner of the globe, this rudimentary means of transportation was quite captivating. I was told by the locals that the supplies were carried to the tribal colony across the river. As the jeep sailed its way to the other bank, we left for Pooyamkutty, a couple of kilometers away. 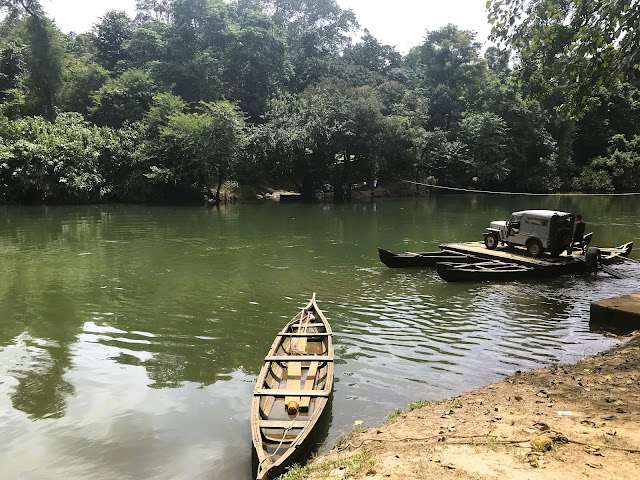 Pooyamkutty gained prominence after a couple of Malayalam movies were shot here. While there isn’t much to explore here, the aerial view of the gushing Pooyamkutty River, a tributary of Periyar River, under the bridge and the lush green surroundings, offers a beautiful frame. A winding road took me down to the bridge, which further leads to Manikandanchal, where there are tribal colonies. I crossed the bridge, gazed at the beautiful waters and then walked up to the magnificent huge trees lined up on either side of the road. Looking up at them, I strolled around for a while, and then returned back, as visitors aren’t allowed beyond this. 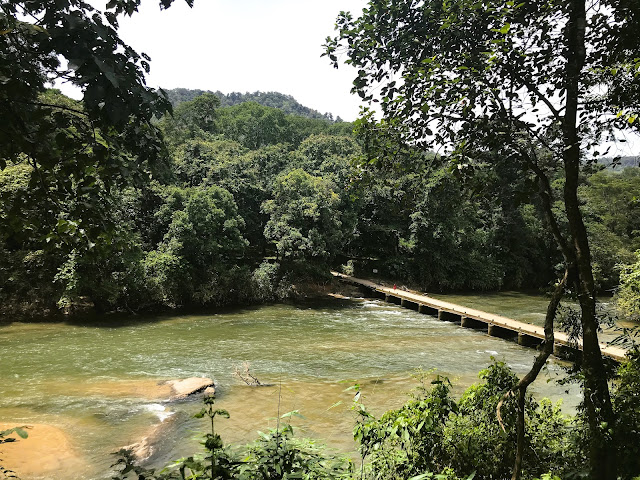 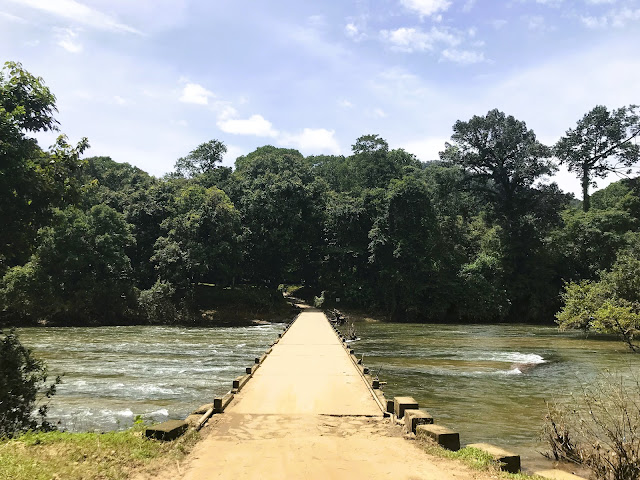 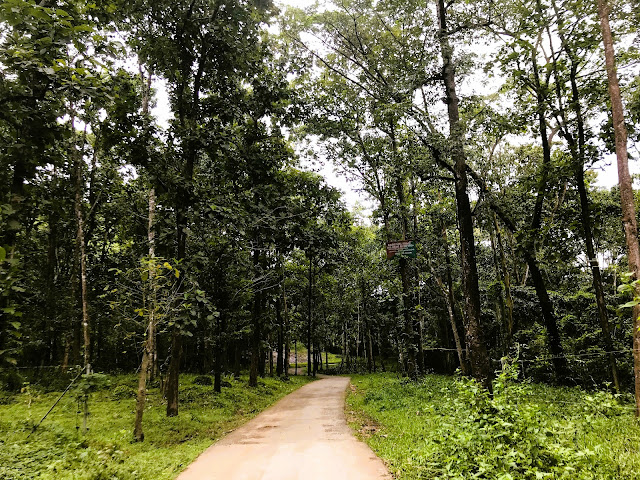 Drove back to the tiny hamlet of Pooyamkutty, and some short eats later, headed to Mamalakandam. The road became narrow, the lush greenery turned dense and apart from the rumbling of the car, it was only the cricket’s sound that could be heard. The road wound its way through dense greenery, with steep slopes, dips and wonderful views on offer. We took a pit stop in the middle of nowhere, to admire the beauty of nature. The leaves swayed to the swooshing breeze, and a waterfall could be heard at a distance. A lone tree house (more like an ‘erumaadam’) stood tall near to where we stopped, but had no access to get up there. 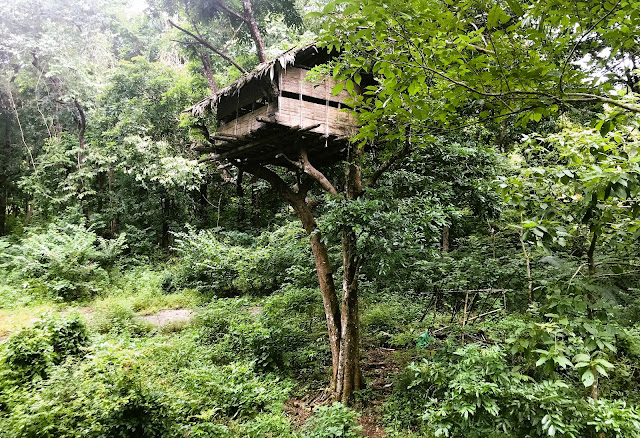 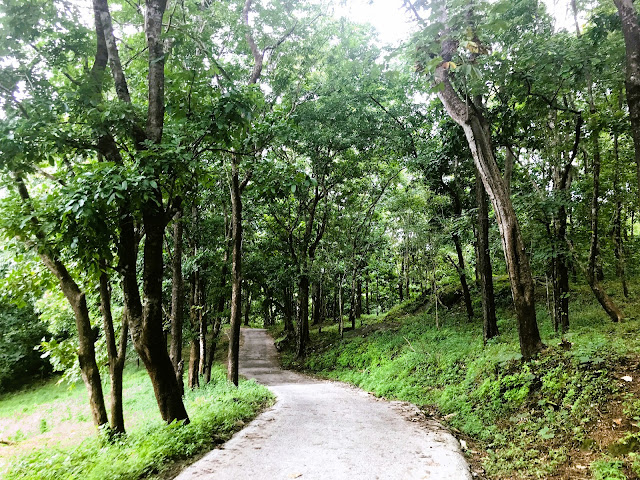 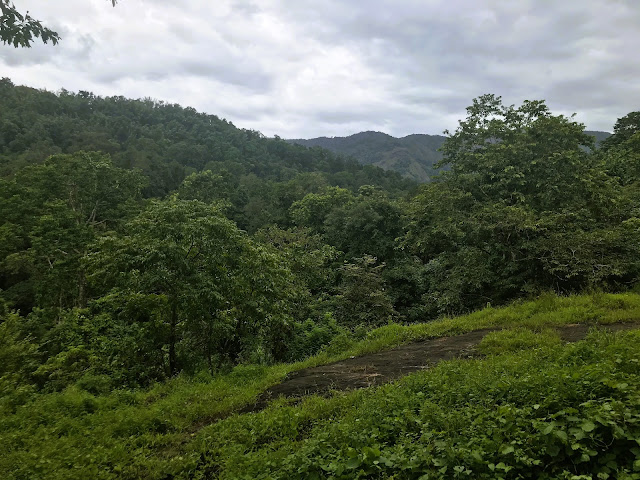 As more vehicles made pit stops, we drove further down, and slowly, the forest gave way to tiny clearings and settlements of Mamalakandam. A small pathway from the road led us inside, and we walked the path listening to the sound of gurgling waters in search of Urulikuzhi Waterfalls. After searching for a bit, we saw a large stream flowing over flat rocks and making its way further down. The dips in the rocks resembles like an ’uruli’ (a large vessel), and that’s how the place gets its name, Urulikkuzhi Waterfalls. The place reminded me of Paniyeli Poru, but there weren’t any whirlpools or under currents here. We sat by the bank on the large open rock and enjoyed some moments of silence before getting back on the main road. 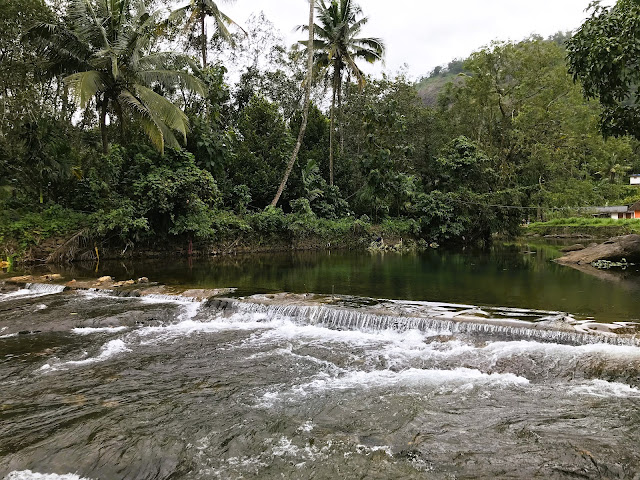 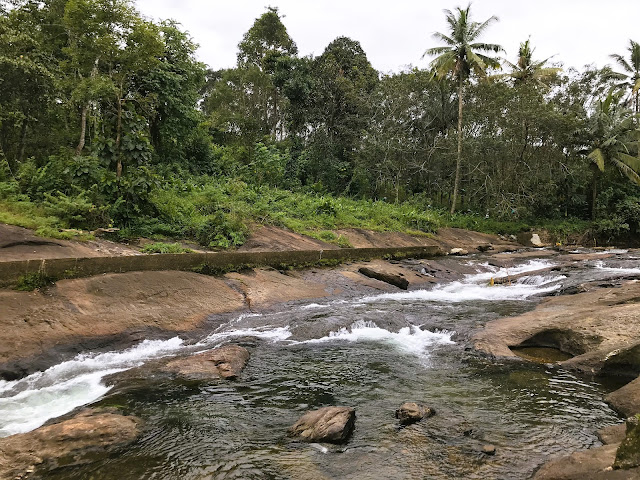 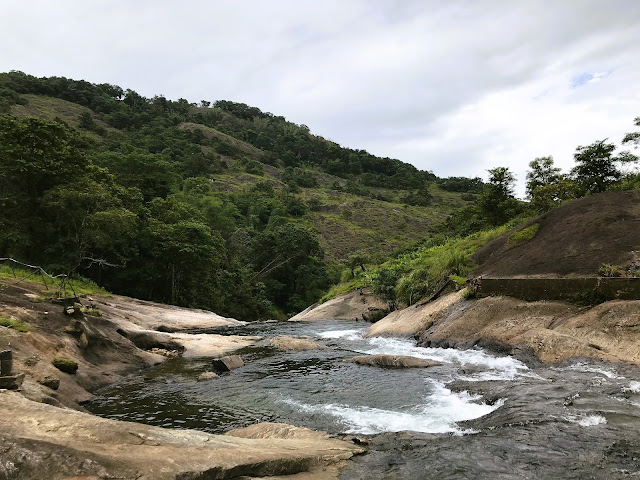 Govt. High School, Mamalakandam was where we headed next. This probably is one of the most picturesque schools in Kerala, with a magnificent backdrop of a hill and Elamplassery Waterfalls gushing down it. The frame is so captivating that it made me wonder how students are able to concentrate in their classes, when the nature outside is absolutely surreal. 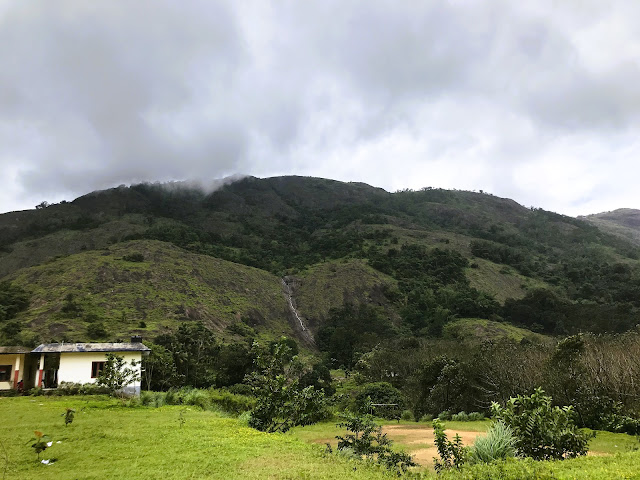 On the way back to Kochi, we stopped by at the gushing Valara Waterfalls and the stunning Cheeyappara Waterfalls. The sign board near the waterfalls had Munnar written on it, but I was content with the beautiful drive between Pooyamkutty and Mamalakandam, and the lovely pit stops we had. The drive through the forest and chasing the Periyar River was a wonderful experience.

Pooyamkutty is 78 km from Kochi, and it is ideal to visit in your own vehicle. There are buses from Kochi and Muvattupuzha to Pooyamkutty, but is not frequent. The nearest major town in Kothamangalam. The route from Pooyamkutty to Mamalakandam does not have public services, except for one KSRTC bus in a day.

There are small eateries near Pooyamkutty Bridge and at Mamalakandam. The region also has a few homestays.