Top Places to Visit in Kalimpong 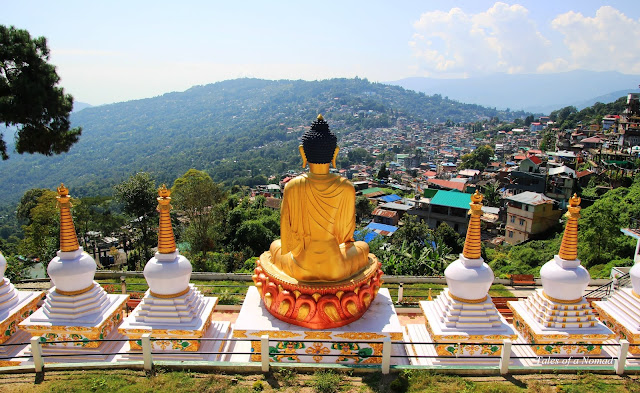 The first impression of Kalimpong is that of one of the innumerable bustling and dusty small towns in India. The town of Kalimpong which is just 50 Kms away from its big brother, Darjeeling, has a few interesting attractions which include Buddhist monasteries, nurseries, colonial architecture and magnificent views of the snow clad Eastern Himalayas. The drive from Darjeeling to Kalimpong is a nice winding one through lush greenery with river Teesta and snow mountains popping up intermittently. The town spreads itself over a ridge and was once a prominent link along the trade route with Tibet. Kalimpong is also culturally an important place and was a part of Bhutan during the colonial era. With tea plantations booming across Darjeeling and surrounding areas during colonial times, the face of this region changed with trade really picking up. While the town in itself might not be too appealing due to the chaos, Kalimpong has its numerous corners overlooking the magnificent landscape that engulfs it. 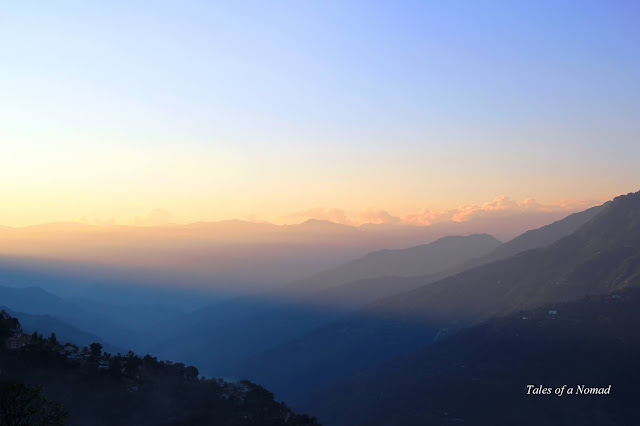 Here are a few of the must visit places in Kalimpong:

With the Biritsh colonial rule and influence of Scottish missionaries, Kalimpong witnessed churches and missionary schools being built alongside temples and monasteries, bringing in varied architectural styles. A walk along the secluded narrow by-lanes of Kalimpong would reveal some of the colonial beauties that have withstood time. One of the popular structures is Graham’s house, which belonged to a Scottish missionary, Dr. J.A. Graham. It was an educational institution for the children of British planters and estate workers in 1900s. The chapel nearby is adorned with beautiful stained glass windows. Morgan’s House, which is presently a tourist lodge run by the tourism department is another beautiful structure from the colonial era. 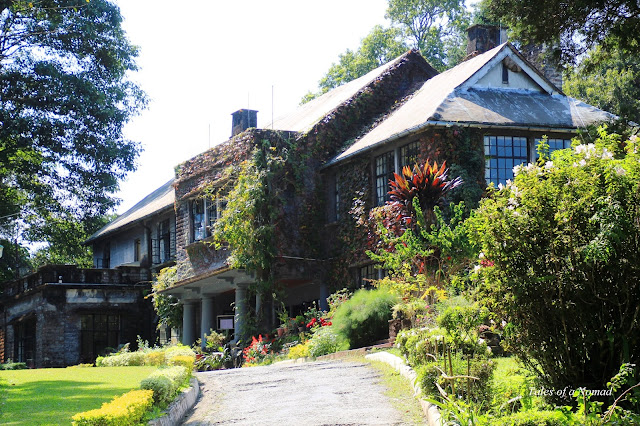 Kalimpong is also known for its gorgeous churches such as St. Teresa’s church known for its Bhutanese Gompa architectural influences. Macfarlane memorial church built in late 19th century in memory of Rev. Macfarlane is another prominent colonial structure in Kalimpong. 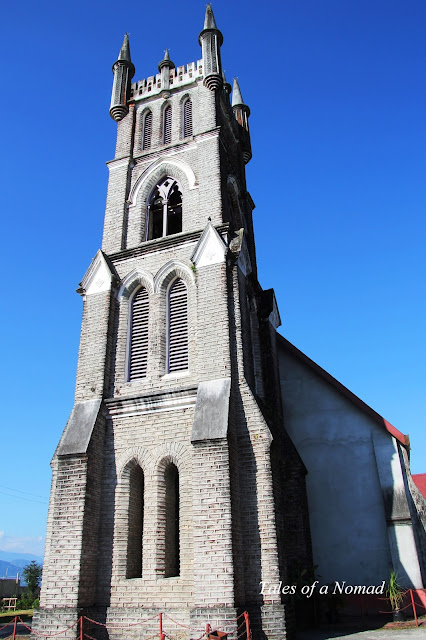 Kalimpong is home to many nurseries and also produces exotic varieties of orchids and cacti apart from gladioli, roses and anthuriums. Pine View nursery with its huge collection of cacti is one of the most popular nurseries in the town. The view of Kalimpong from here is a pretty one. Some of the other nurseries in Kalimpong are Holumba Haven, Universal nursery and Standard nursery. Most of these nurseries hold flower exhibitions as well in October every year. 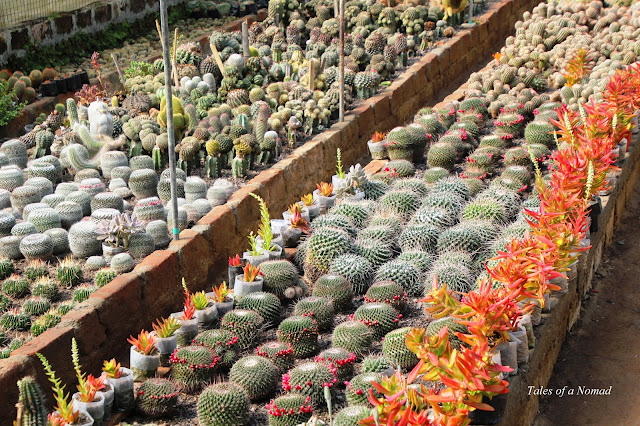 Often referred as Durpin Gompa, Zang Dhog Pelri gompa was consecrated in the year 1976 by Dalai Lama and sits atop Durpin hill from which the gompa get its name. Adorned with mandalas and wall paintings, the interiors of the monastery are vibrant. One can walk up to the top deck of this Nyingmapa monastery and enjoy the magnificent views of the hills from there. Near to the monastery is a nice view point which offers a bird’s eye view of the beautiful undulating hills and river Teesta. 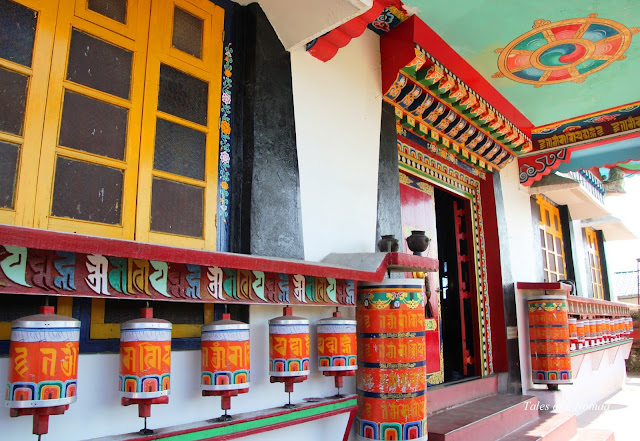 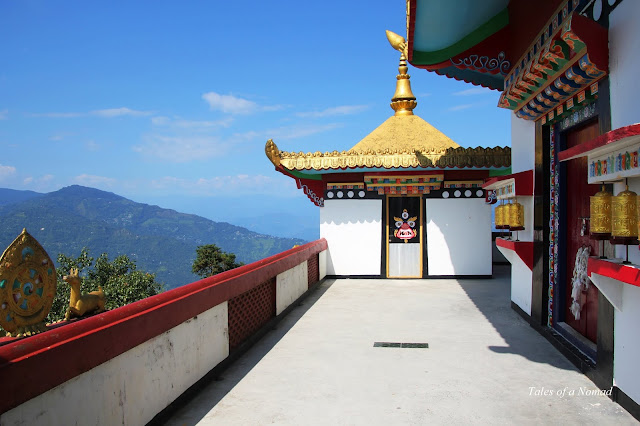 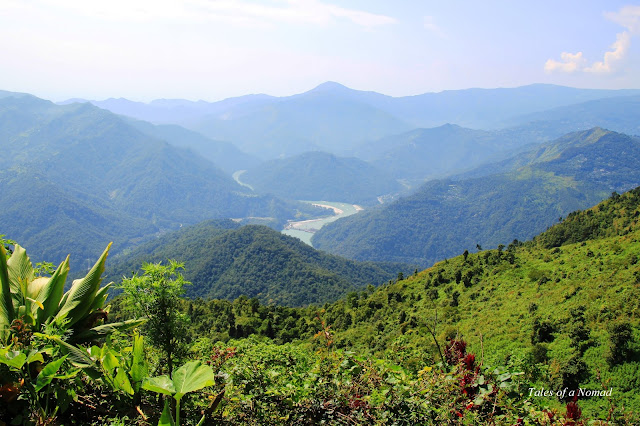 This gompa belongs to the Gelugpa sect of Tibetan Buddhism and was built in the year 1992 overlooking the town of Kalimpong. The premise also houses a new monastery and has a few chortens as well. The view of the colourful houses scattered over the hills from Tharpa Choling gompa is an interesting sight. 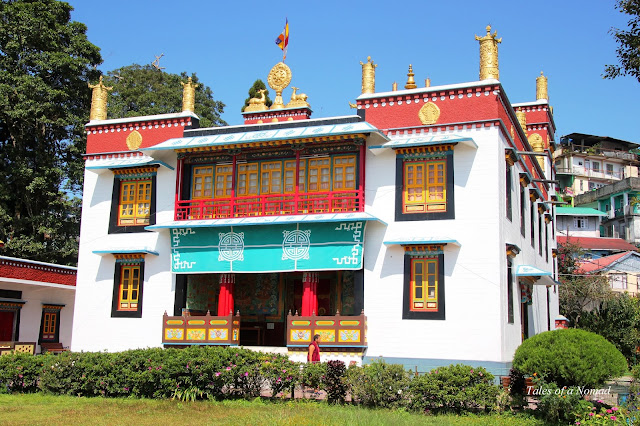 Founded in 1678 A.D., Thongsa Gompa is the oldest monastery in Kalimpong and is also referred as the Bhutanese monastery. The original structure was destroyed in local wars and the present one was built in the 19th century. The monastery has a couple of chortens and more than two hundred prayer wheels. 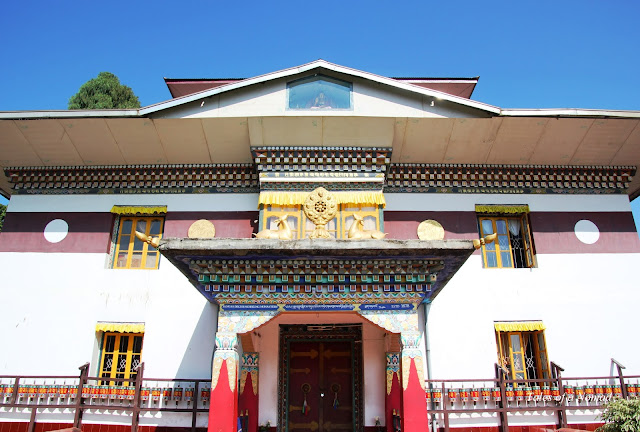 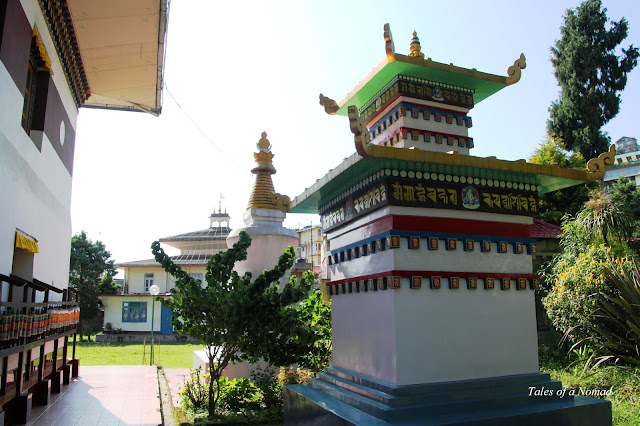 A winding road leads to Deolo Hills, the highest point in Kalimpong with a large open park. Deolo hill offers captivating panoramic views of the engulfing distant mountains, deep valleys and river Teesta snaking its way through them.  Even Mount Kanchenjunga can be sighted from here on a clear day. Enroute the hill lies a large satue of Buddha seated on a statue and a view point named Sherpa view point. 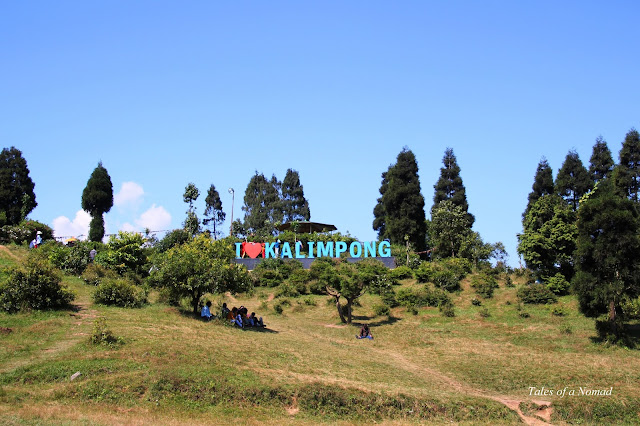 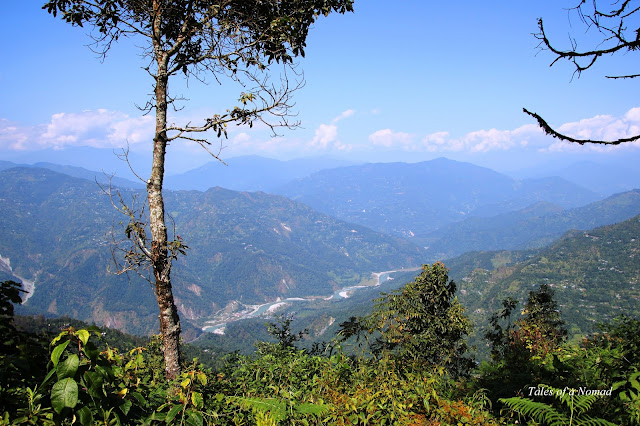 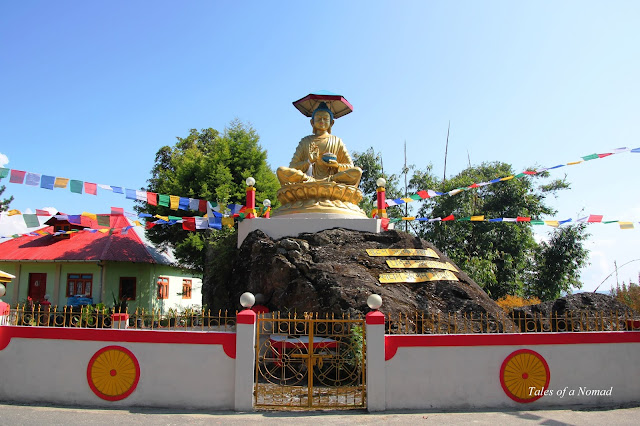 Laid out along the Durpin Hill, the Army Golf course opposite Morgan’s house offers lovely views of the surrounding hills and villages. Enjoy a cup of tea from the army canteen and gaze at the vistas from the highest golf course in West Bengal. 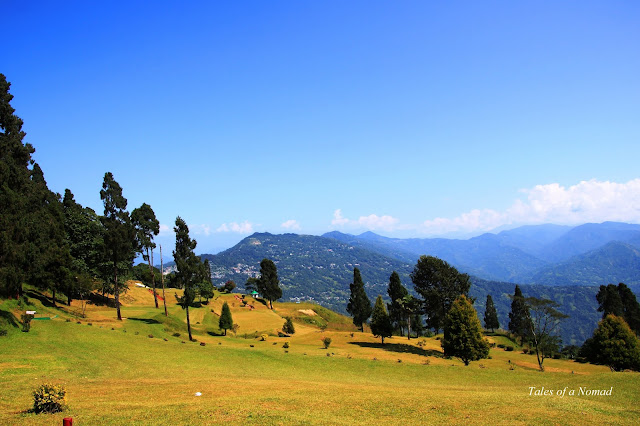 Nature Interpretation Centre or the Forst museum as it is commonly referred has a nice collection of photographs of Kalimpong, it’s forests, animals and landscape. This museum is a great place to understand in detail about Kalimpong’s ecosystem.

How to reach Kalimpong:

Holumba Haven, Deki Lodge and Himalayan Hotel are some of the recommended places to stay in Kalimpong. There are cheaper places as well within the town. There are quite a few small eateries in Kalimpong, but two of the must visit places are Zakhang, for its authentic Bhutanese cuisine and Art Café for its continental cuisine and amazing views. 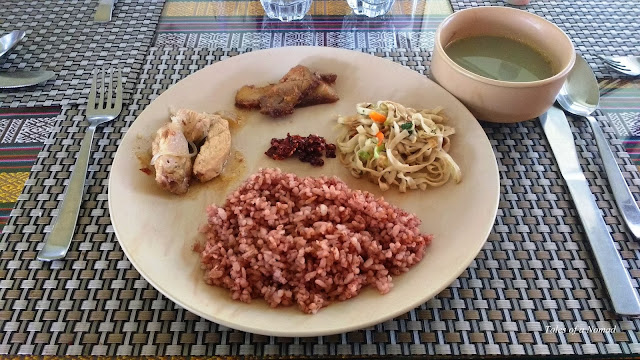