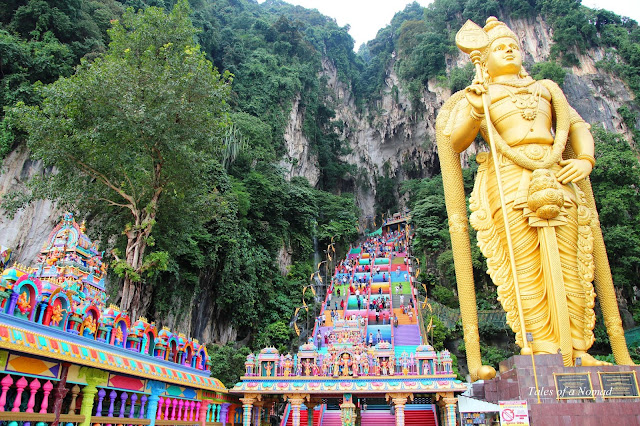 From a distance, it seems like people are walking over a rainbow. The colourful steps next to the tall Murugan statue lead to the popular Batu caves. The first time I visited Batu Caves in 2012, the steps weren’t colourful, but the recent art work has caught the attention of photographers as well as travellers. Batu caves are huge limestone hills with a few caves and a couple of shrines inside them. Dating to more than 400 million years, these caves leave every visitor spellbound after the steep climb.

The massive statue of Lord Muruga, who is also referred as Subrahmanya can be seen from a distance as you approach Batu caves. The gold coated 140 feet high statue at the base of the caves is the tallest Muruga statue in the world. This popular tourist attraction near Kuala Lumpur is swarmed by numerous fluttering pigeons that are fed by the visitors.

A steep flight of 272 colourful steps leads to the entrance of the caves. Gasping for breath after that climb, one would find themselves transported to the neolithic age. The insides of this natural wonder are a treat for every geologist and as well as visitors. The sunlight seeping through the holes in the ceiling, the water dripping down from the tip of the stalactites and the pungent smell would take you back to the pages of your geography textbook from school. The view from the entrance of the cave looks surreal with darkness engulfing the area and a beam of sunlight piercing down a huge opening, which is indeed a jaw dropping frame. The inside of the cave is as big as a football ground with natural lighting except for the ones near the shrines. 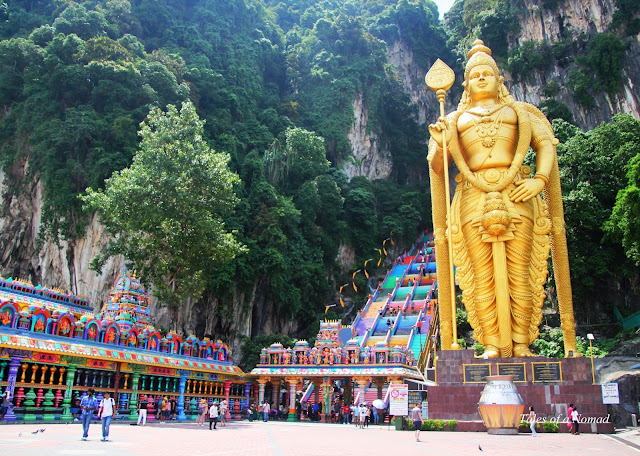 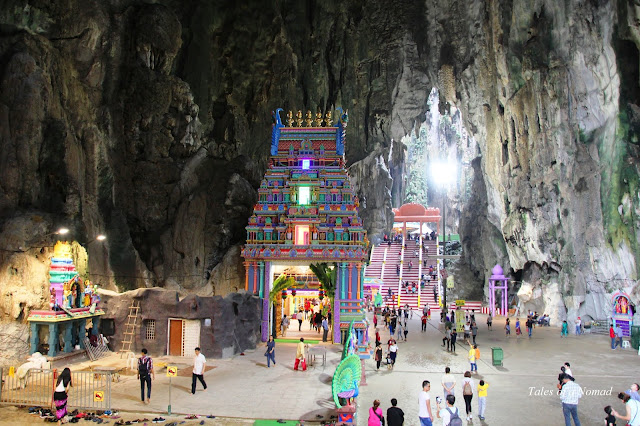 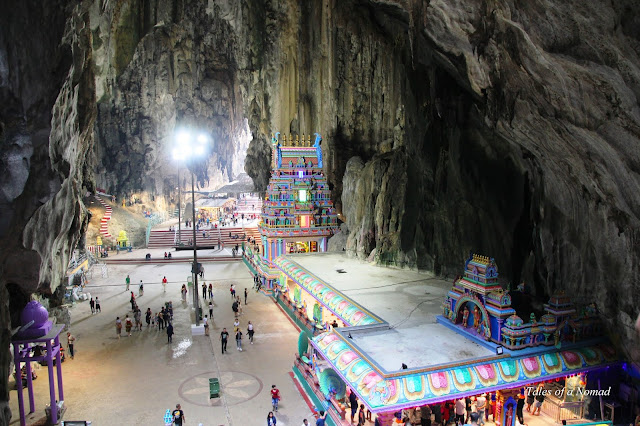 The place looks divine with minimal sound and devotees lost in prayers. The crowd is always a mix of local Tamil Malays who come to pay obeisance, Indian tourists and western backpackers. The caves are also known for the notorious macaques who are quick to snatch away a food packet from visitors. 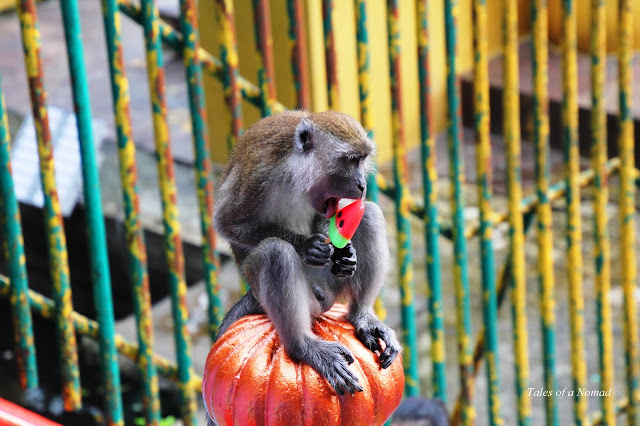 A fleet of steps further leads to a few more shrines. However this place isn’t as dark as the first landing area as it is open to the sky with light percolating through. Wet floors, hazy lights, craggy walls and over grown flora makes the place absolutely surreal. While the pilgrims head to the shrines, the travellers are mostly seen taking photographs and gawking at the natural formation in oblivion. 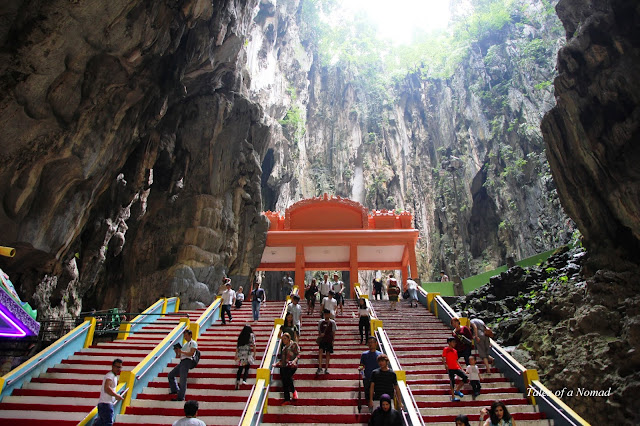 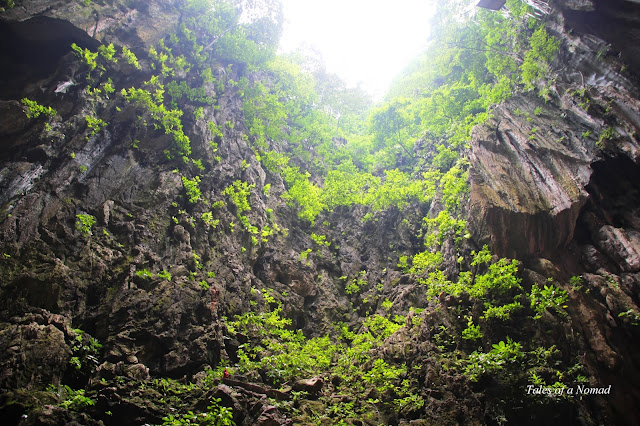 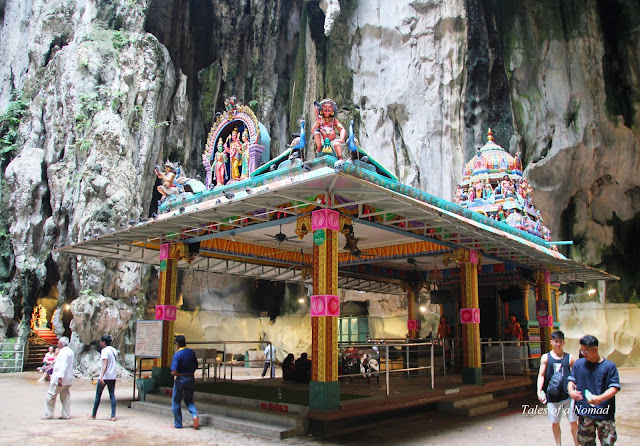 This shrine is thronged by pilgrims during the annual Thaipusam festival which is held during January- February every year. Devotees smeared in ash, clad in yellow, carrying decorated carriers (Kaavadi) and with body piercing head to this temple, making the festival a huge celebration.

Other than the main cave there are also a few more caves which are to the left of the steps. However, due to various reasons, these caves have remained shut and aren’t accessible anymore.

Batu caves might seem like a tall climb initially, but the climb is a pretty moderate one and isn't a tough ask as it might seem to be. It should not take more than 15-20 minutes to reach the top. The climb is definitely worth it as the frames atop are absolutely gorgeous with wonderful natural formations.

How to reach Batu Caves:

P.S.: I was hosted by Tourism Malaysia during my visit to Batu Caves.