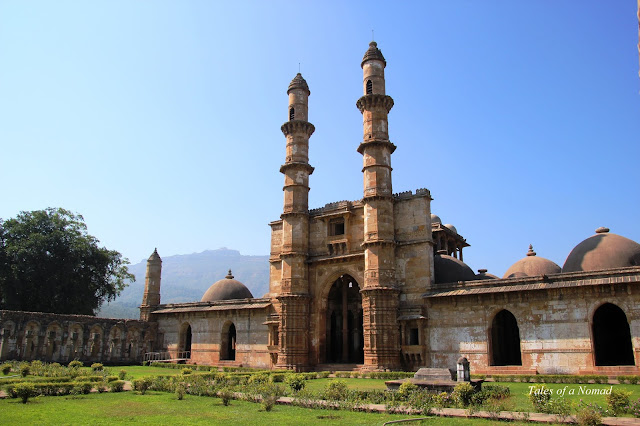 Sprawling over a large archaeological park, the structures and ruins of Champaner- Pavagadh are a delight to walk through. This UNESCO World Heritage site reminded me a lot about Hampi, not so much with regard to the monuments, but the way it is spread out and how a few hidden gems remain unexplored by most visitors. Once you cross the large fort walls and entrances, it is quite a different scene from the outside chaos. The mosques, minarets, tombs, temples, residential spaces and other magnificent structures with intricate carvings and designs talk to you about the medieval city of Champaner and its glorious past. A blend of Hindu- Muslim architecture is the stand out feature of most of these structures.

Located an hour’s drive away from Vadodara, Champaner at the base of Pavagadh hill is the only pre-Mughal Islamic city in India. The city of Champaner first took shape during the 8th century under the Chavda dynasty and then changed hands in the 14th century when Chauhans annexed the region and ruled from the Pavagadh fort. In the 15th century, the Sultan of Gujarat, Mahmud Begada attacked the Chauhans and captured both Champaner and Pavagadh. He ruled for 23 years and most of the structures that can be seen presently were built during his times. He made Champaner his capital and renamed the city as Muhammadabad. In mid 16th century, the Mughals captured Champaner, but it declined over a period of time. The city remained neglected for many years until it was rediscovered by the British in 19th century.

Most of the visitors head mainly to the Pavagadh hill, atop which is the prominent Kalika Mata temple. There are also a few Jain temples too inside this hill fortress. However, most of the historical sites are located at the base of the hill in Champaner, which have been well maintained by the archaeological department.

The citadel walls and entrance gates were built in 15th century and have numerous bastions. The gates were originally double storeyed and also acted as watch towers. Only a part of the walls presently remain along with four large gates. 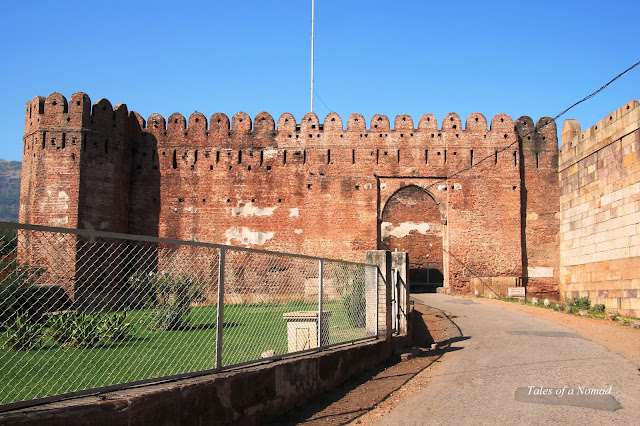 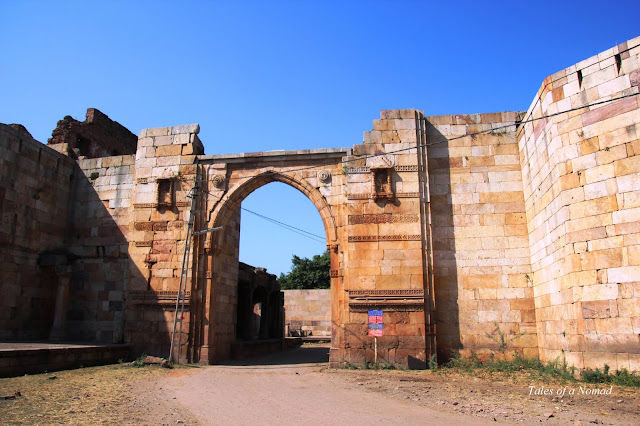 Mosques are a major attraction of Champaner and 'Saher ki Masjid' or Mosque of the city is the first one upon entering the archaeological park. Built in the 15th century, it was the private mosque of the Sultanate of Gujarat and has a blend of Indian and Islamic architecture. The mosque stands on a raised platform with an arched entrance flanked by two tall minarets and five domes. The minarets have wonderful designs carved on them. The prayer hall too has carvings on ceiling and walls. There are numerous pillars and windows lined along either side of the prayer hall. 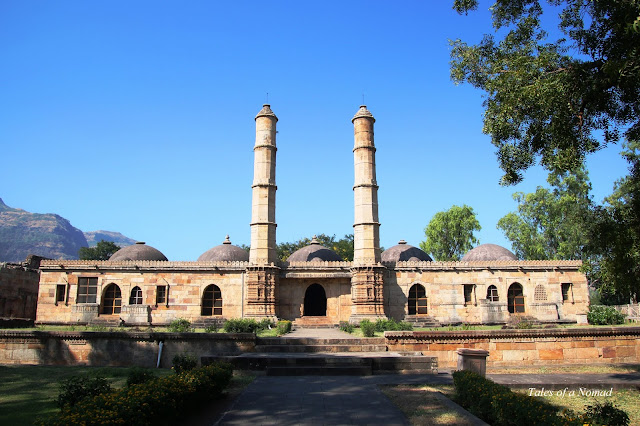 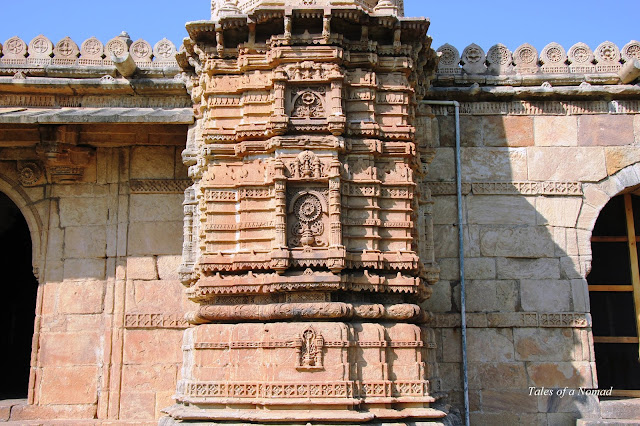 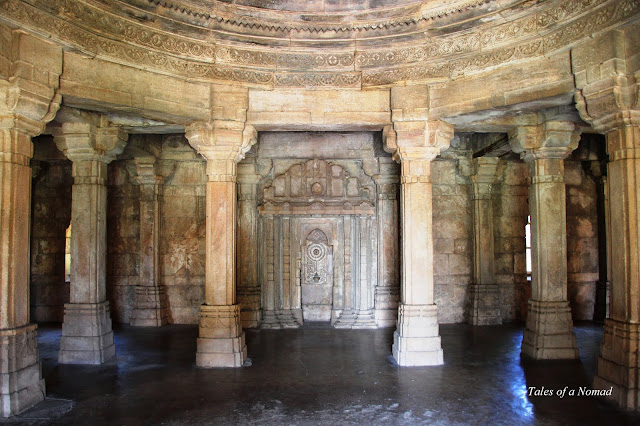 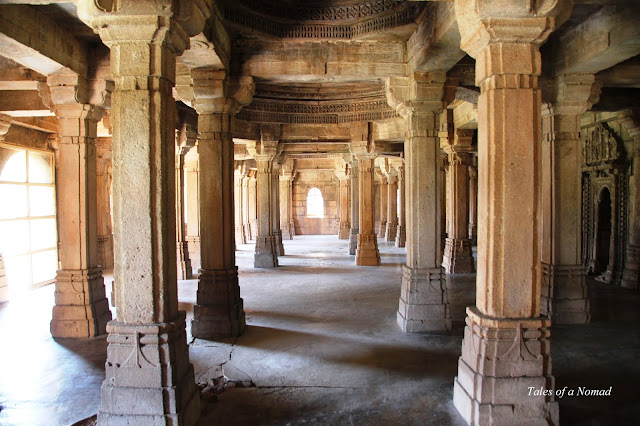 Custom house known as Mandvi is a square structure with numerous arches and pillars. Located in the middle of the fort, this usually acts as a separator between the royal enclosure and the other areas of the fort. 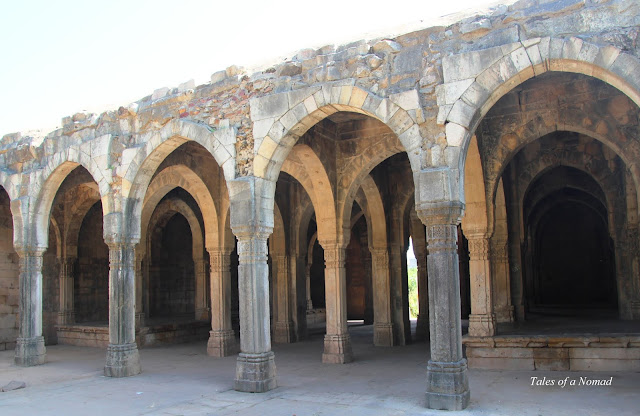 Completed in early 16th century, Jami masjid is the most prominent structure at this UNESCO World Heritage site. Located outside the royal enclosure, this imposing mosque showcases a beautiful blend of Indo- Islamic architecture. Surrounded by a well maintained garden, the engulfing wall of the mosque has wonderful architecture with numerous carved windows. The mosque has three entrance porches with more intricate carvings, designs and arches, apart from cloisters running along the insides of the wall. Across the courtyard, the mosque stands tall with its carved minarets, a large arched entrance and numerous domes. The interiors of the mosque have some exquisite floral and geometric carvings on the walls and ceilings. Numerous pillars too adorn the inner space of this mosque. The central dome is elevated and that allows natural light and ventilation inside the prayer hall. 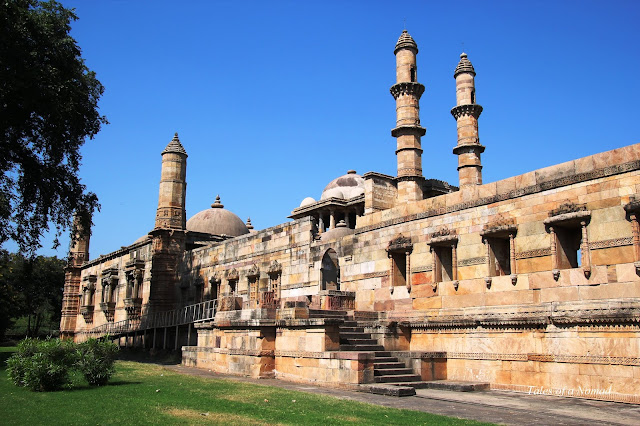 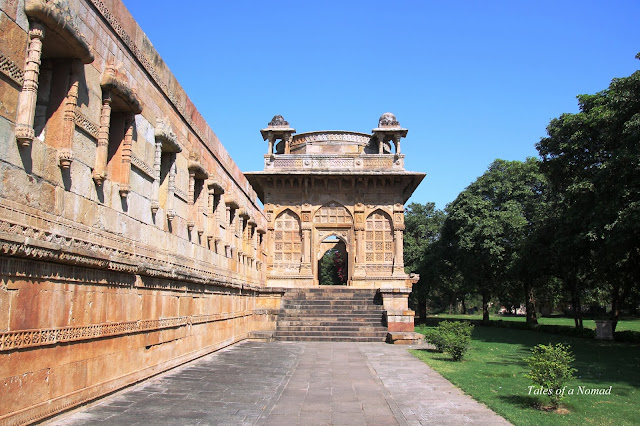 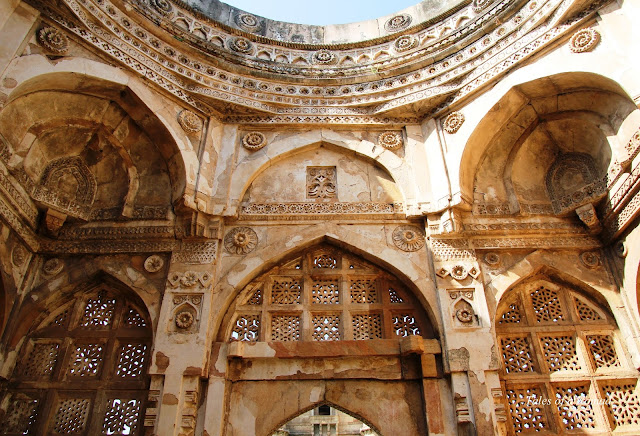 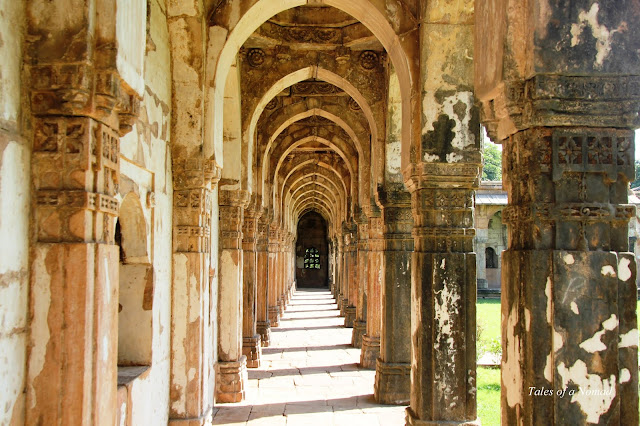 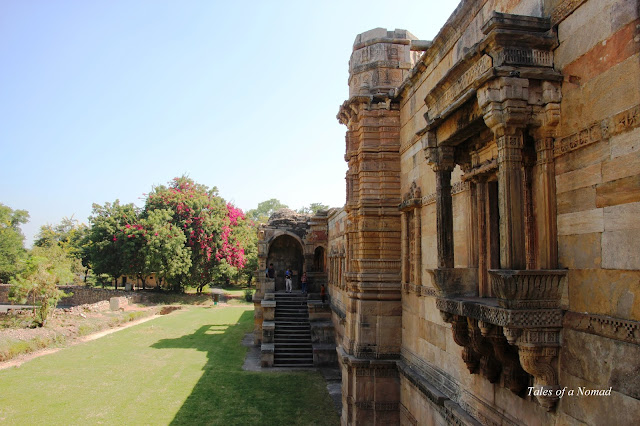 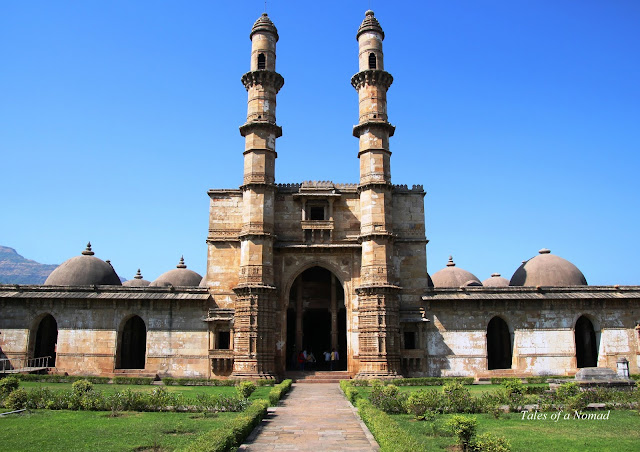 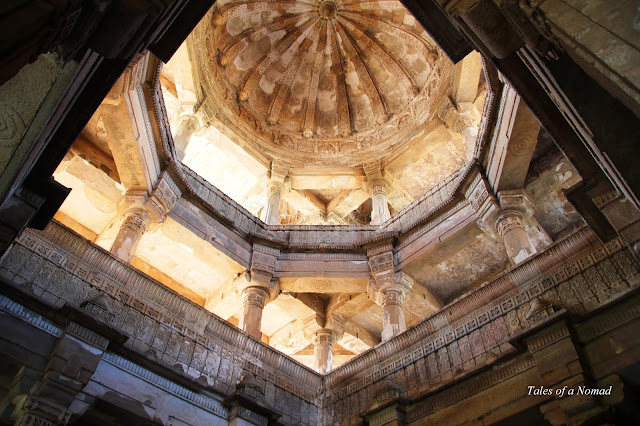 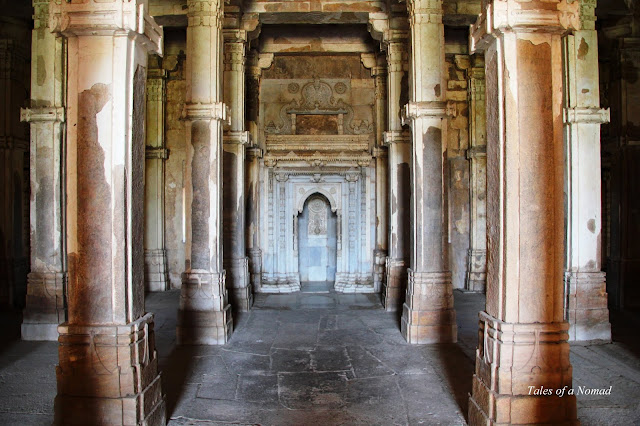 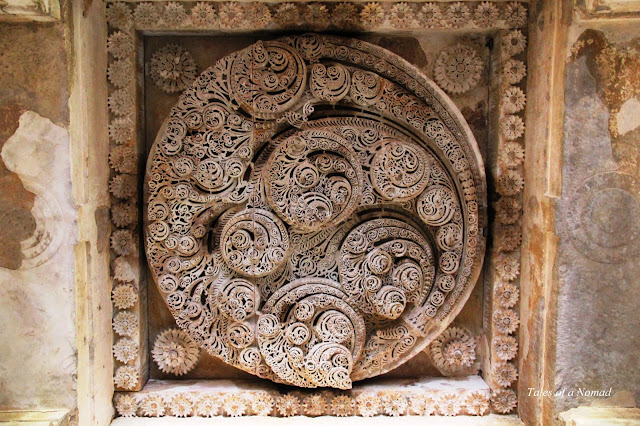 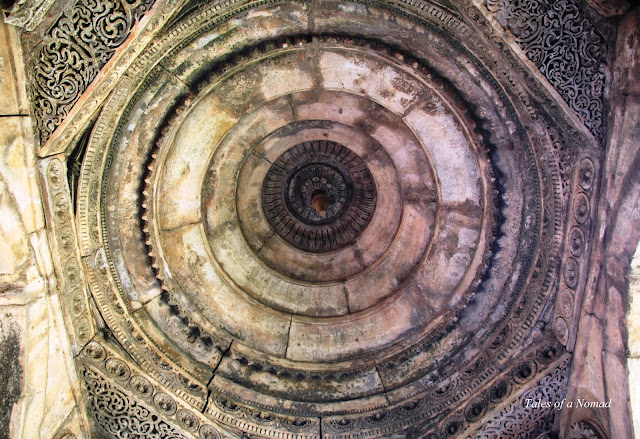 Khajuri Masjid near Wada Talav (big pond) is a dilapidated structure with just the pillars remaining. Some of the pillars do have beautiful works on them. The mosque is on a raised platform and doesn’t have the dome or upper portion of the structure. 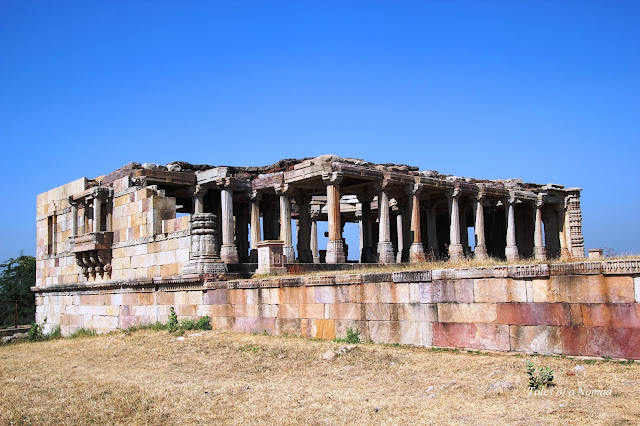 Kevda Masjid is another mosque built with a beautiful cenotaph in front. The pillared cenotaph is square in shape and has one large central dome and four smaller domes. The mosque is built quite similar to the Saher ki Msjid with its two tall decorated minarets and arched entrance door. Though there are small domes, the large dome over the prayer hall is missing. The inner walls have lovely designs on them. 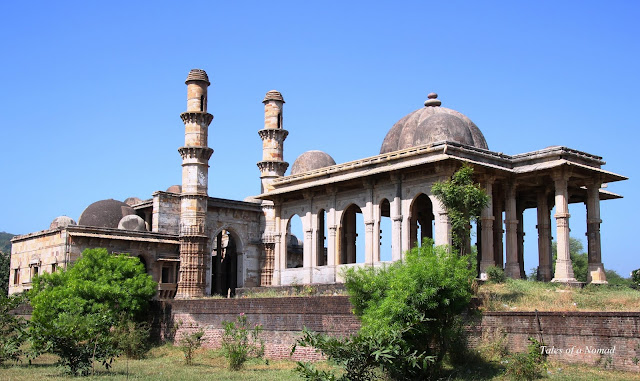 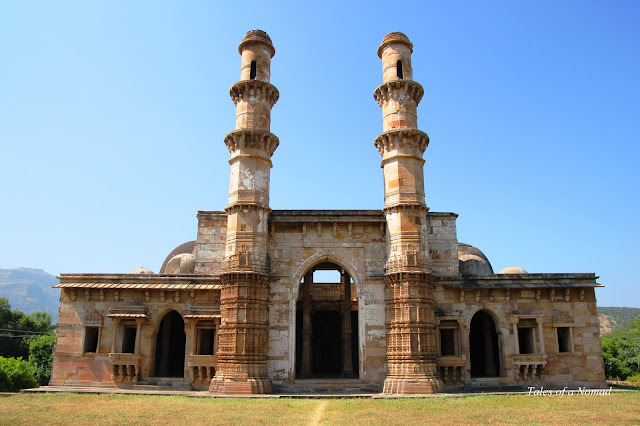 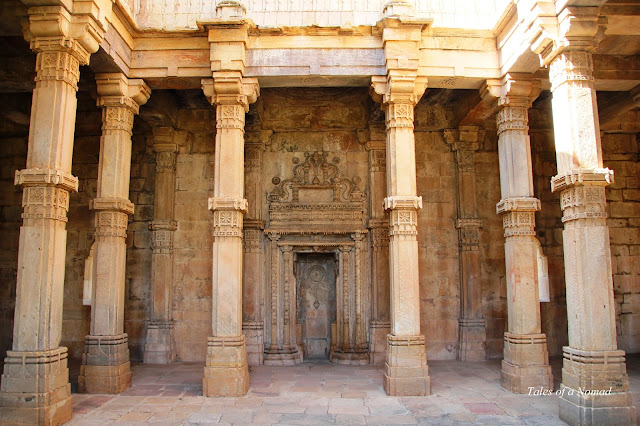 A tiny mud road leads to Nagina Masjid, which has a similar architecture like the rest of the mosques, except that the upper part of the minarets isn’t there. However, whatever remains of the minarets have elegant carvings. Built on a raised plinth, the mosque has domes atop the prayer hall and is double storeyed. One can take the narrow winding steps that lead up to the second floor. The decorated pillars, windows and walls with engravings are the highlights of the interiors of Nagina mosque. Outside the mosque, the cenotaph is an absolute stunner with its magnificent and intricate designs and carvings. 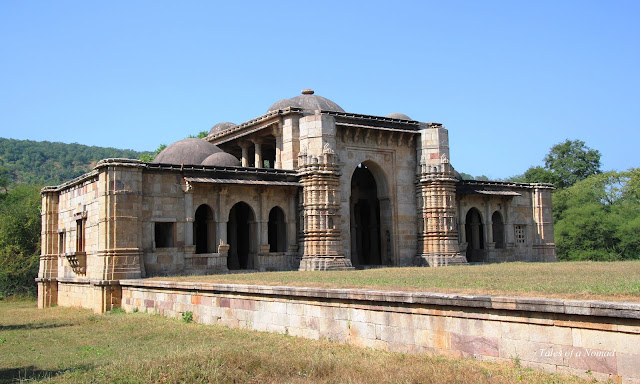 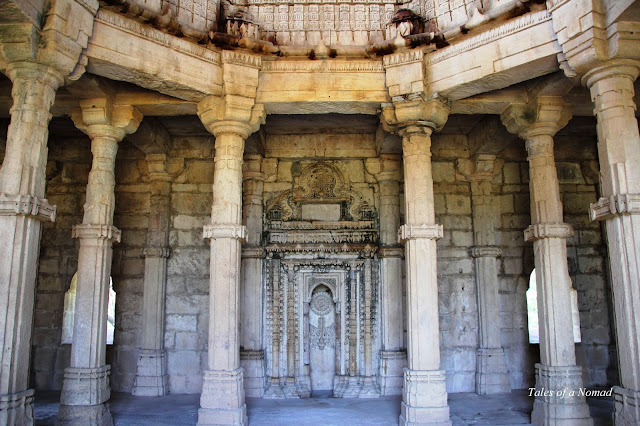 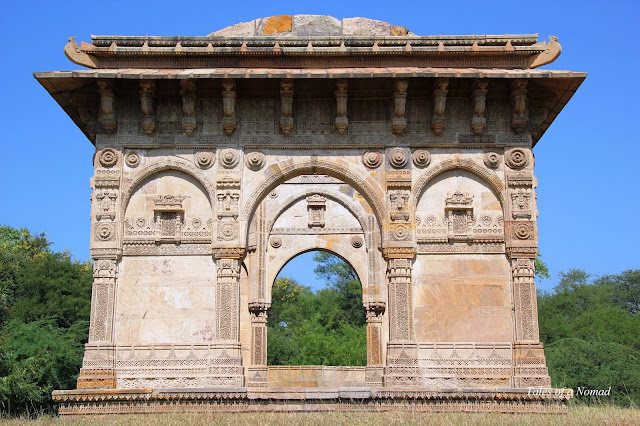 Kamani mosque stands alone, away from the other structures and has numerous arched pillars. The roof of the mosque has been lost and so have been the minarets, of which only the base remains. 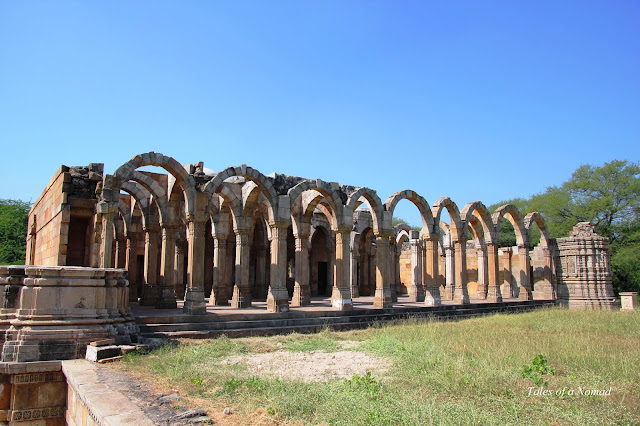 Tomb of Sikander Shah, Tomb of Sakar Khan and Helical stepped well are some of the other prominent structures in Champaner- Pavagadh archaeological park. These are located on Halol road, just outside Champaner. 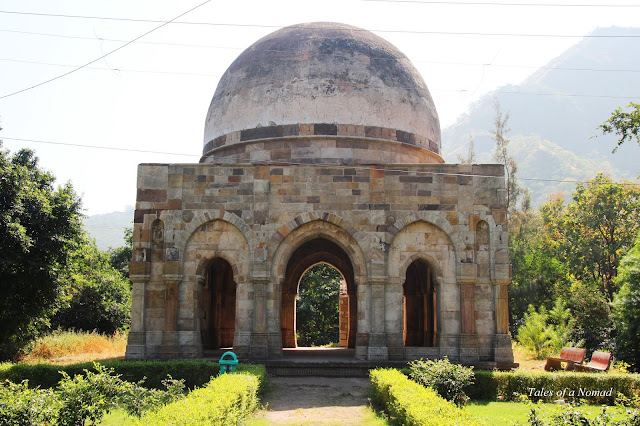 
How to reach Champaner:

There are small food stalls outside the citadel walls and a few on the highway to Champaner. It is recommended to stay in Baroda or Ahmedabad and make a day trip to Champaner. There are numerous hotels in both the cities.