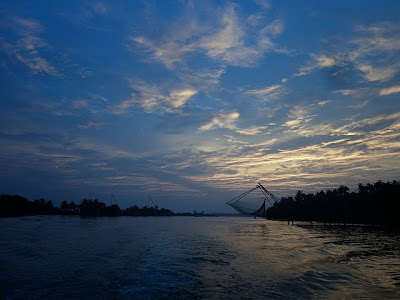 Kerala is well known for its inland waterways, spread out lakes, free flowing rivers and beautiful lagoons. One amongst them is the famous eight coned lake called Ashtamudi which gets its name due to its topography. Ashtamudi is the second largest wetland ecosysytem in Kerala after the Vembanad lake. With its eight corners, the lake is often referred to as the octopus. 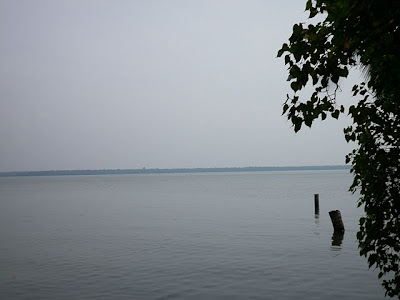 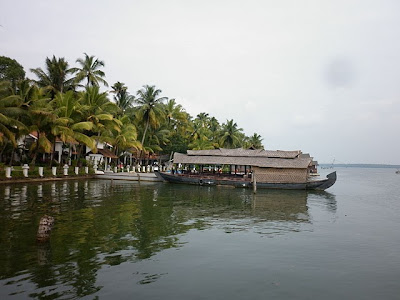 I had this wonderful opportunity to spend a weekend at Club Mahindra's new resort besides the Ashtamudi lake. The resort is situated a few kilometers away from the national highway to Thiruvananthapuram. A detour from Neendakara took me to the beautiful Ashtamudi resort.  With its well paved walkways, beautiful rooms facing the peaceful lake and the exciting floating reataurant this resort is well reccomended for a relaxing holiday. The resort also has a kid's play area, a few hammocks for the lazy bugs, a library and an huge boat jetty for the boats to pick you up. There are also options for cannoeing and the Kettuvellom ride. 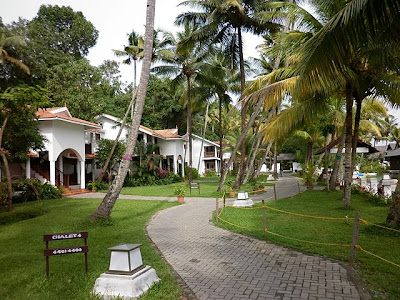 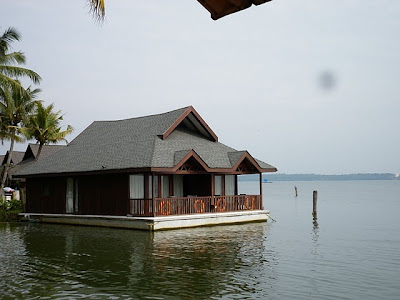 I found the floating reataurant to be quite fascinating and the mouth watering lunch made it all the more memorable. However, the disappointing fact was that they did not serve liquor and the reason was, they were yet to receive the license for the same. Hopefully it would be done the next time am there. A heavy lunch followed by a stroll through the walkway and a nap on the hammock made my holiday a realxing one. I got hold of a book and made myself comfortable on the hammock. With the gentle breeze and the serene lake for company I enjoyed my solitude moments. 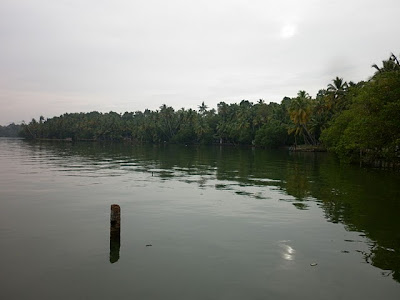 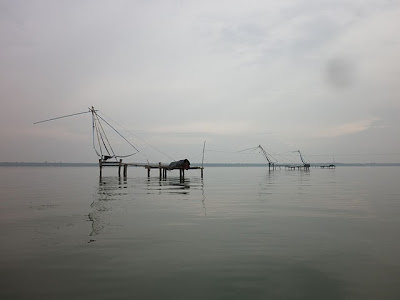 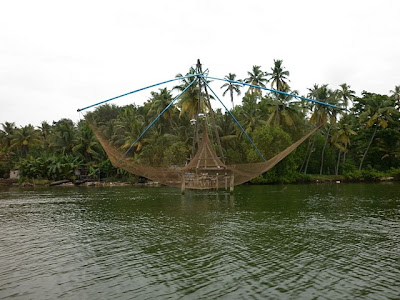 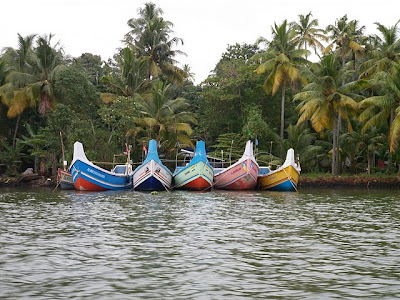 After a hot cup of coffee I headed to the boat jetty for a sunset boat ride on the Ashtamudi. The lovely boat ride took me past the swaying coconut trees, the colourful boats and numerous chinese fishing nets. We had a close look at the fisherman who were pulling up the huge fishing nets and smiling at us. The boatman also took us closer to the homes of the people living besides the lake for whom the lake has become a part of their life. 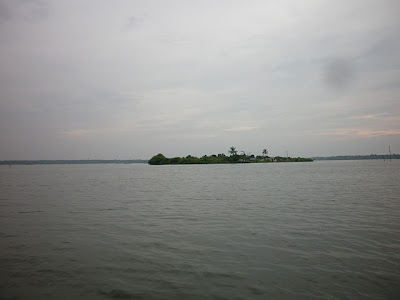 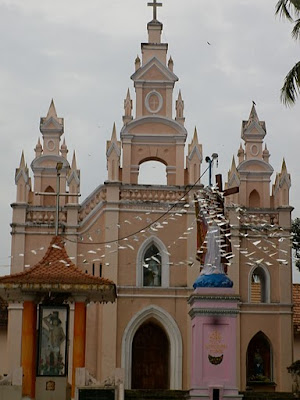 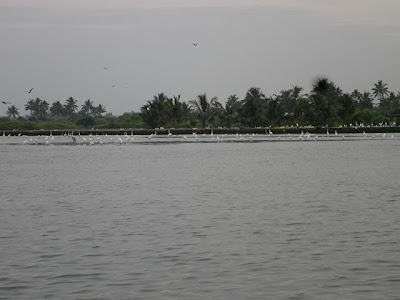 As we cruised ahead we saw a couple of small islands in the middle of the lake. Munroe island is supposedly the most famous of the lot. The resort also provides boat rides to the island in the mornings. I had to miss out on it because mine was the sunset ride. The lake is also a good option for bird watching as there were numerous storks which had come visiting the place. Neendakara bridge was the last point on our journey before we returned back to the resort. This is the point where the octopus melts itself into the lap of the Arabian Sea. When we touched the place we could see the Arabian sea in the distance and the beautiful sun setting over the horizon. As we started our return ride we had lots of fishermen for company who were returning back after the day's catch. With a beautiful day coming to an end, we witnessed a colourful sunset. Infact I had never seen a sunset more colourful than this one. The sky almost matched the colours on the palette of an artist. Simply mesmerising...!! 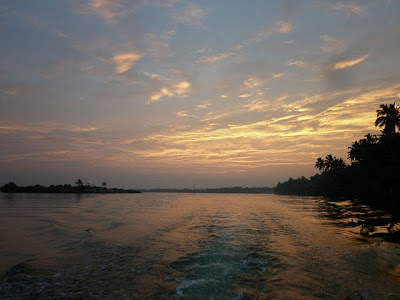 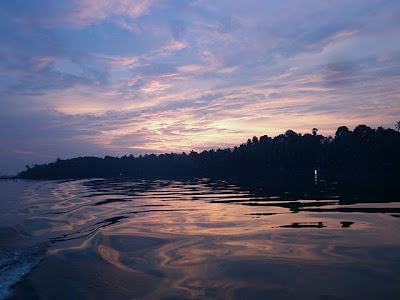 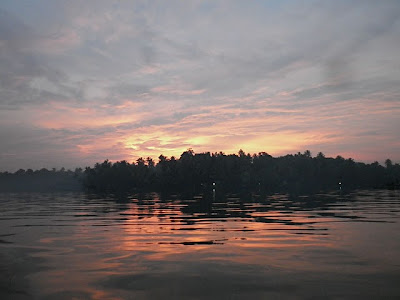 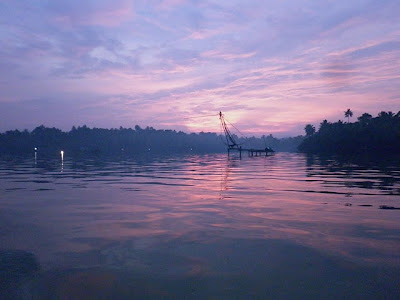 After a quiet dinner besides the lake and a peaceful sleep that night, I headed back to Cochin the next morning. For travelers who plan to have a relaxed holiday, I would suggest this lovely resort besides the Octopus.

Signing Note: Amidst the serene lake and the swaying palms, the inner self will definitely be re-discovered...!!